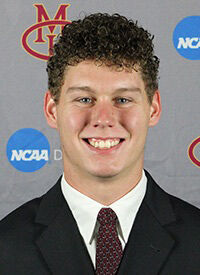 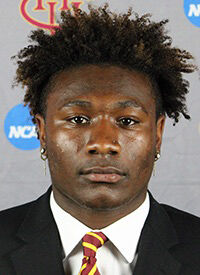 A quarterback change, an efficient offense and another stingy defensive performance led the Colorado Mesa football team to a resounding 56-7 victory Saturday over Black Hills State.

The Mavericks (2-0) turned to freshman quarterback Gavin Herberg, who responded after losing the ball on a snap over his head on CMU’s opening series. After the Yellow Jackets scored after that turnover, Herberg and the Mavericks put up 56 unanswered points on a cold, snowy day in Spearfish, South Dakota.

“We went with the young one and he’s kind of got a different gear in the run game,” CMU coach Tremaine Jackson said. “We feature the quarterback runs and he was able to get himself out of trouble scrambling. A kid that’s won as much as he has, he’s going to find a way to win. He led us this week. He scored 42 (points on drives he directed), Aaron (Howard) scored one (touchdown) and we scored on defense. We were able to establish the run game, so it took pressure off him.”

Herberg, who led Pine Creek to the Class 4A state title last season, threw for 143 yards and one touchdown, ran for 87 yards and another TD on a bit of an adventure.

Another freshman, running back D’aris McMillan, scored a touchdown on his first collegiate carry — and on three of his first four touches — as CMU’s offense racked up 549 yards of total offense, 392 on the ground.

“He didn’t even play last week,” Jackson said of McMillan. “He competed this week in practice. From here on out in this program, if you compete in practice, you’re going to get paid on Saturday. He did that. We knew he had some tools coming out of camp, but that long run at the end, he kind of shocked me on that one.”

That run could have been a 3-yard loss, but McMillan, who’s 5-foot-9, 235 pounds, shook off the tackle and rumbled down the sideline for 58 yards, carrying a defender the final few. It set up CMU’s final touchdown of the game, a 14-yard pass from Howard to BJ Brown.

Jesse Rodriquez broke off a 72-yard touchdown run right after Black Hills scored, racing untouched to the end zone to tie the game. It was all CMU from there.

McMillan, a power back from Diboll, Texas, took his first handoff 4 yards for a touchdown in the first quarter.

With time running out in the first half, Herberg directed a two-minute drill, hitting Jake Whitmer for catches of 29, 4 and 32 yards, getting to the Black Hills 8.

Rodriquez pounded the ball down to the 1 and Herberg, on 4th-and-goal, tried to dive into the end zone. He lost the ball as he reached over the goal line, but ended up falling on it in the end zone for a 21-7 halftime lead.

Damar’ren Mitchell, who intercepted a pass in the first half on a tipped ball, got his second interception of the game — and his fifth against the Yellow Jackets in his career — when he jumped in front of a pass, taking it back 41 yards for a touchdown early in the third quarter.

“Their first drive, D-Mitch fell down, couldn’t get his footing and gave up the touchdown to open the game, and then that kind of woke them up,” Jackson said. “They smothered the run game. They continue to dominate people in the run game in the first two games, which I think has given us a chance to win.”

McMillan scored his second touchdown on an 8-yard run early in the fourth quarter to cap a 10-play, 63-yard drive and Herberg threw his first touchdown pass, hitting Josh Bist, a redshirt freshman, from 11 yards out, putting CMU up 49-7.

Mesa’s defense was again outstanding, allowing only 239 yards of total offense, 54 on the ground. Remington Green and Deeandra Ervin each had 10 tackles, and the longest run for a Yellow Jackets ballcarrier was an 11-yard scramble by backup quarterback Riley Glynn.

Black Hills (0-2) averaged only 1.4 yards a carry — CMU averaged 6.6, with McMillan averaging 10.5 yards on his eight carries. Rodriquez finished with 158 yards on 24 carries, with the one touchdown, averaging 6.6 yards a carry.

Will the National Football League finish the season?