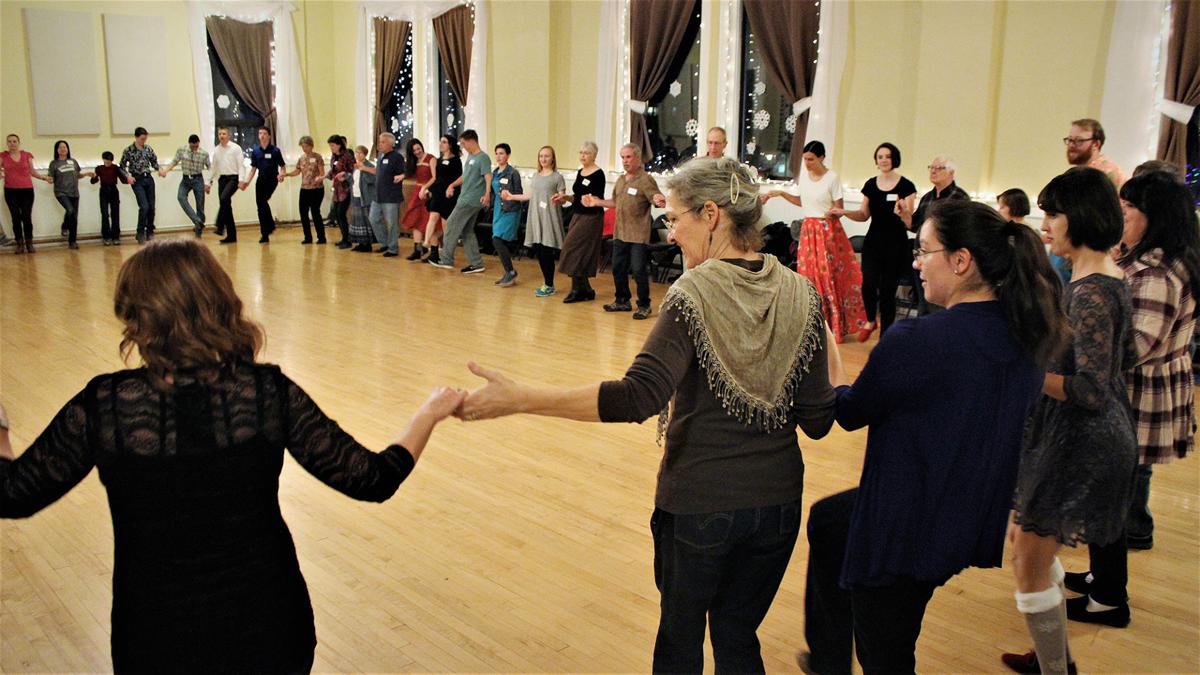 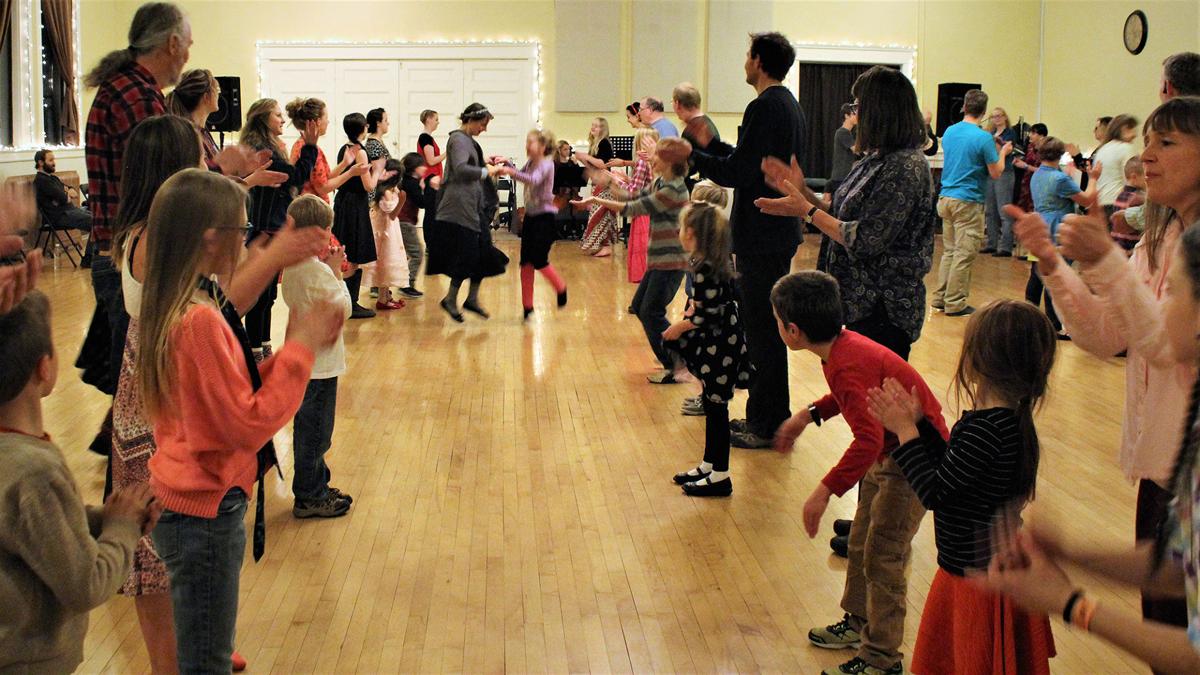 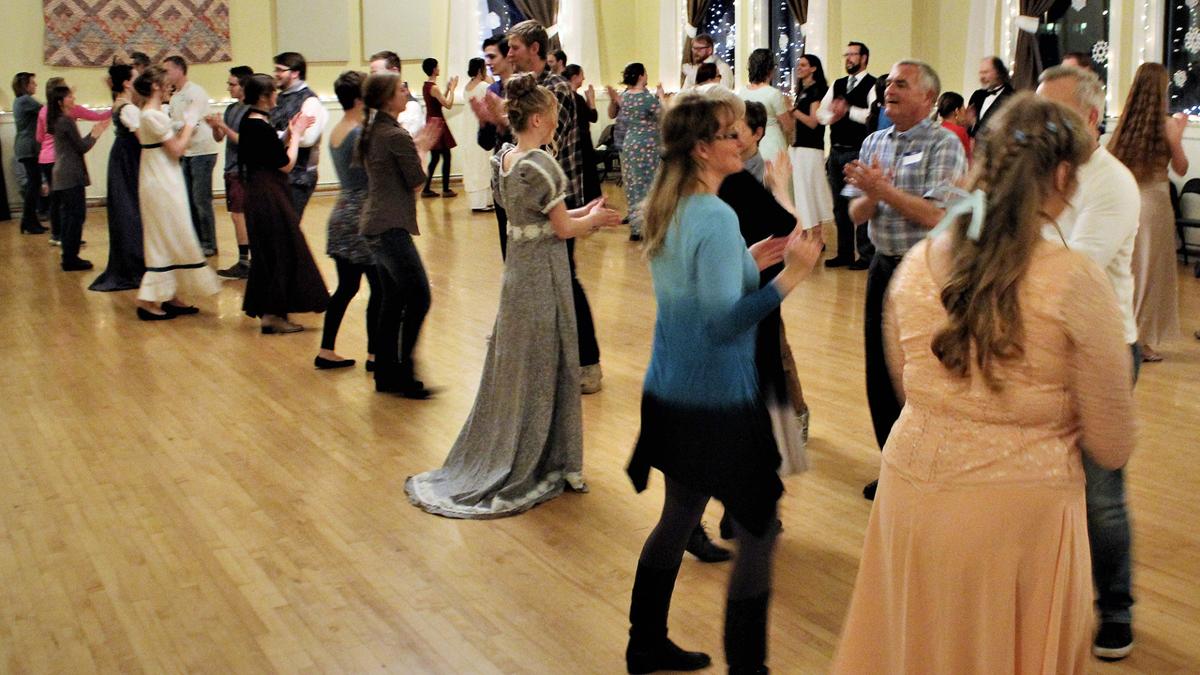 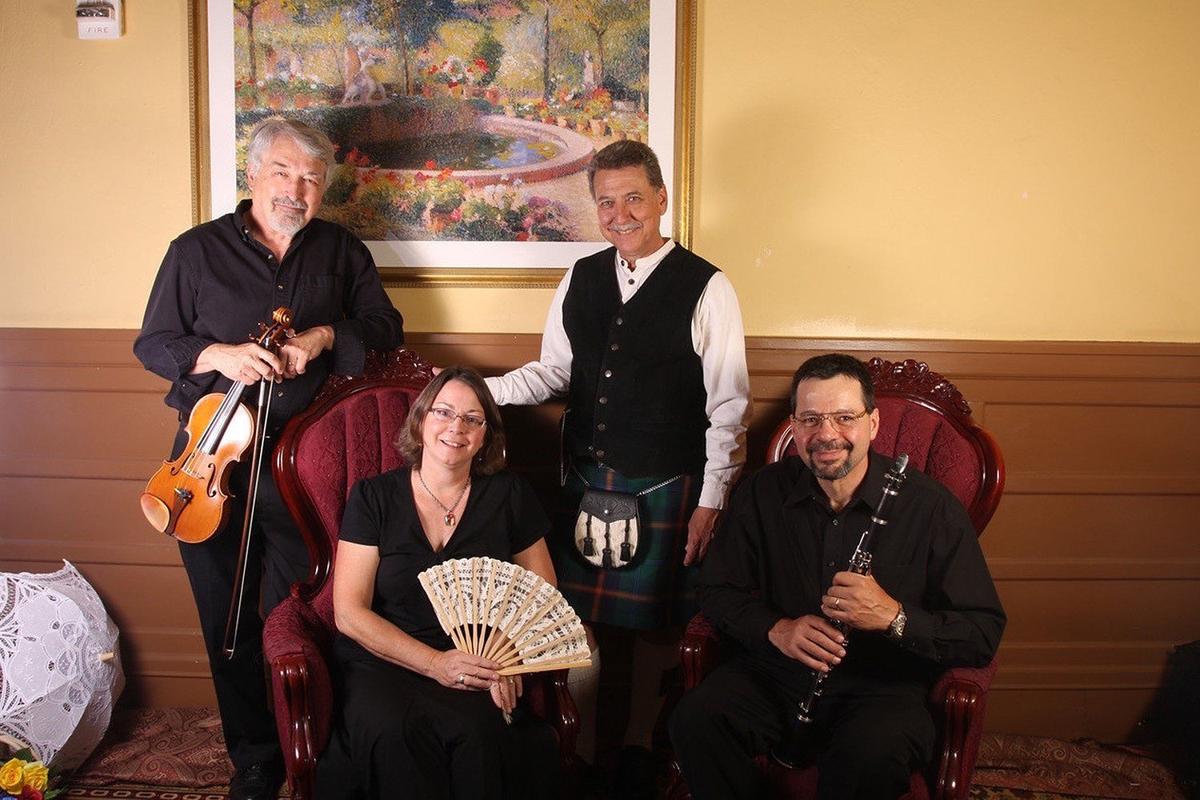 The members of the band Blarney Pilgrim didn't know what to expect the evening of their first dance.

Would people's perception of the event be as cool as the November temperatures outside? Had anyone other than them heard of contra dancing, a mix of 17th century European country dances?

Then more than 100 people showed up at the Palisade Community Center.

"It was packed. We knew we were on to something," said Connie Michael pianist for the band, which now goes by the name Fifth Reel.

"It was amazing," said Ron Young, who plays the hammered dulcimer and bodhran and calls out instructions at many of the dances for Fifth Reel and the Grand Junction Traditional Dance Society, the organization created for the local dances.

That first contra dance was 20 years ago, and since then Fifth Reel's four members — Michael, Young, clarinetist Mick Wilson and violinist Norm Ashley — have watched babies bundled into front carriers worn by their parents grow up in what seemed like a do-si-do to become teens who drive themselves to contra dances.

They know teens who have sashayed into adulthood and now have children of their own. One of those has herself become a caller for dances, Michael said.

They know of at least three couples who met at contra dances and later married. They've played at plenty of weddings for dancers who fell in love with the simple steps and energy of contra.

The society's season with a dance each month from August through April has grown to include contra, English, Scottish and international folk dances and dances for families. The dances now take place in the Margery Ballroom, 523 1/2 Main St. in downtown Grand Junction.

On Saturday, Nov. 16, Fifth Reel and the society will mark the 20th anniversary of contra dancing in the Grand Valley with guest musicians and dancing, of course.

Doors at the Margery Ballroom will open for the celebration at 4:45 p.m. with a swing dancing lesson from 5–5:30 p.m., then waltzes and swing dancing until 6 p.m.

At 7 p.m. there will be a workshop for new contra dancers — new dancers are always welcome with or without a partner — with the main contra dance at 7:30 p.m.

Toward the end of the evening, which often goes a few hours, the society plans to introduce "techno contra."

Michael usually doesn't enjoy electronic music, but "I like this," she said.

The live music will switch to recorded as band members join in the dancing. The lights will be dimmed, glow sticks handed out and the contra dancing will begin using steps learned earlier in the evening.

"I will call the whole time, but people will already know the figures," Young said. "It's an interesting experience."

Going from being unsure that contra would catch on 20 years ago to being able to add folk dances from around the world to their season much less some "techno contra" has been quite fulfilling, Michael and Young said.

The society's longevity and popularity likely stem in large part from Fifth Reel's devotion to the cause and because all the band members get along, Michael said.

They are all classically trained musicians, who see both historical and cultural value in the dances as well as the need for people to just have a good time.

Dancing can be intimidating and no one wants to look like an idiot, but contra and folk dancing seem to level the field, Young said.

With contra, there is no lead dancer. As the caller, "I'm the leader," he said.

"The focus is on ensuring the dancers have a fun experience they want to repeat," Young said.

"We're just super happy that we have impacted people in a positive way," Michael said.

For information about the society and Fifth Reel, go to fifthreelmusicanddance.com.

Go to fifthreelmusicanddance.com for information about times and cost.