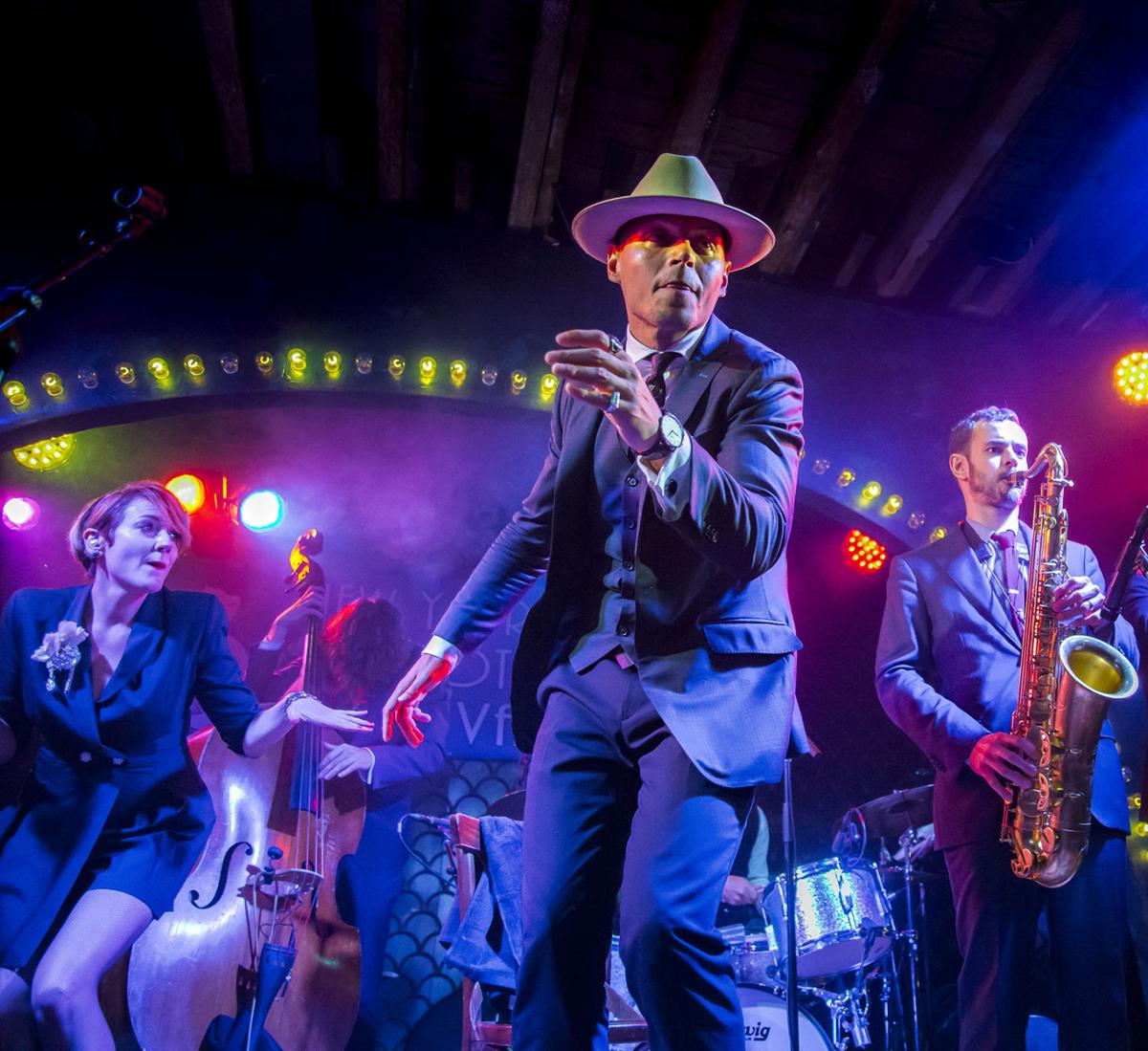 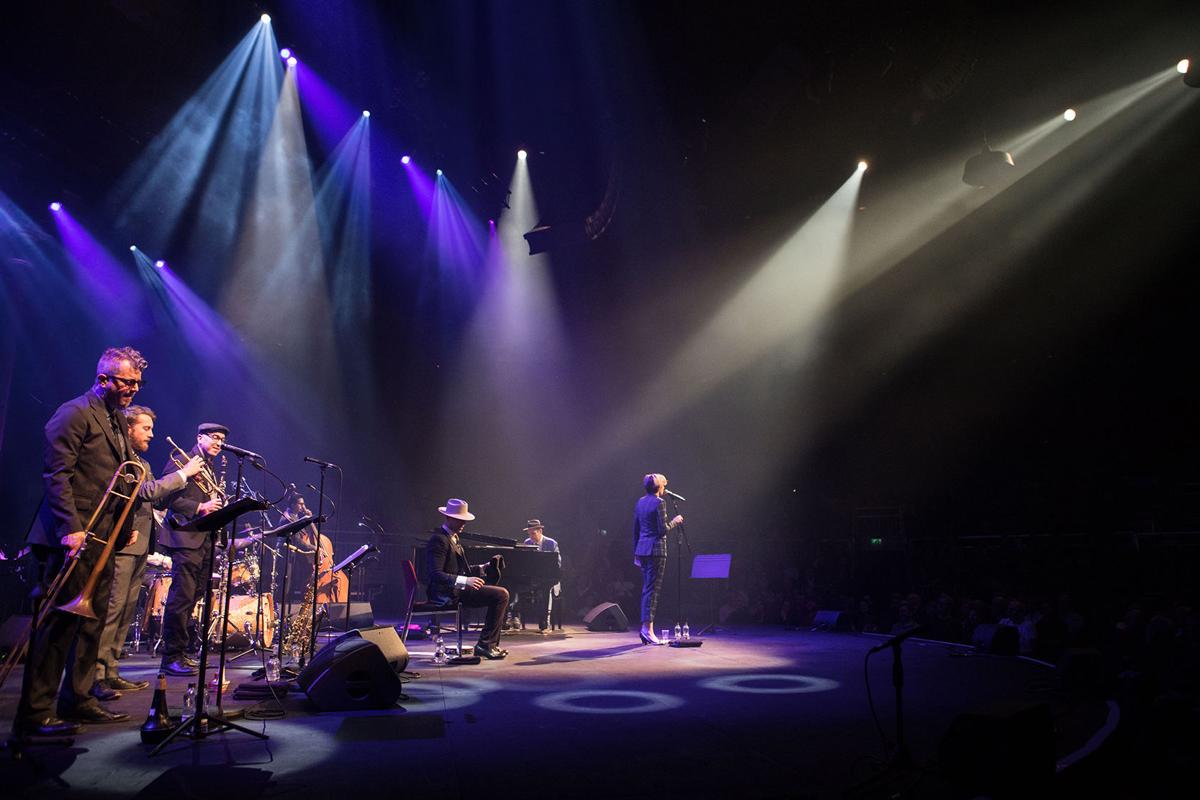 Say "jazz" and a thousand thoughts go through people's heads.

Or jazz hands. A get-out-of-your-seat beat, the swing of a speakeasy or caress of a note or phrase. Just. So.

Jazz "is a life affirming party," said Evan Palazzo, pianist and bandleader for The Hot Sardines.

So why wouldn't you have a tap dancer as part of an eight-piece jazz band? Of course, you would!

Nothing clicks with a large repertoire of English and French jazz from the '20s, '30s and '40s with "a good range of moods and fun and energy" as well as a tap dancer, Palazzo said.

"I think people will not feel the same restraint that they might feel at a normal show at that theater," Palazzo said, referring to Avalon Theatre.

The Hot Sardines, aka New York City-based "mischief-makers of hot jazz," according to hotsardines.com, will perform at 7:30 p.m. Thursday, Nov. 21, at Avalon Theatre, 645 Main St.

The group, which plays vintage jazz mixed with modern musical ideas as well as original jazz, is on a two-week, pre-Thanksgiving tour with a new album, "Welcome Home, Bon Voyage," and contagious vitality.

"They're big time in jazz circles," said Jeremy Herigstad, marketing director for the Grand Junction Symphony Orchestra, which is bringing The Hot Sardines to Grand Junction for a second time.

The first time The Sardines played in the valley, the show was the "happy accident of a last minute gig," said Palazzo in a phone interview before the start of the tour.

The Sardines were coming through the valley on the way from one show to another a few days after Christmas and needed to stop for a night. They contacted the symphony and Two Rivers Winery and Chateau and were able to set things up.

About 100 tickets were quickly sold for the show at the winery, and Kelly Anderson, the symphony's executive director, rounded up a piano, drums and bass because band members weren't traveling with their instruments as they were being provided at each venue on that tour, Palazzo said.

That effort and kindness "is exactly why we are coming back," he said.

For the symphony's part, The Sardines were "something spectacular to see," Herigstad said. "People had a real treat."

The Sardines' co-leader and singer Elizabeth Bourgerol had so much delightful nuance to her voice and phrasing, and the jazz mix was so vibrant, the symphony had to get The Sardines back in town and in front of a bigger audience, Herigstad said.

Thus, The Sardines are coming back to play at Avalon Theatre, which the band will do its best to fill with an upbeat atmosphere just "like the speakeasy we play at home," Palazzo said.

People are drawn to jazz because "I think people love to be made to feel really joyous and happy and that can be really lacking in our entertainment choices," said Palazzo, who grew up listening to Waller and other jazz greats and starting playing piano by ear at age 3.

"I think our style of music is based on making people feel really guilt-free, all out joy," he said.

Part of accomplishing that means mixing up the music set lit a bit concert to concert, so the show The Sardines play in Grand Junction won't be the same as the show played the day before in Denver, he said.

It keeps things engaging for the band — touring "is an athletic sport" — and for the audience, he said.

"We really think of it as something we can give to an audience," Palazzo said of The Sardines' music.

With new release "Welcome Home, Bon Voyage" to follow 2016 album's "French Fries & Champagne," The Hot Sardines will bring beloved jazz favorites from the '20s, '30s and '40s as well as their fresh originals to Grand Junction.

Tickets range in cost from $29 to $49 and can be purchased at ticketmaster.com, by calling 263-5757 or at the Avalon Theatre box office.

For information about this show, which is a fundraiser for the Grand Junction Symphony Orchestra, go to gjso.org.