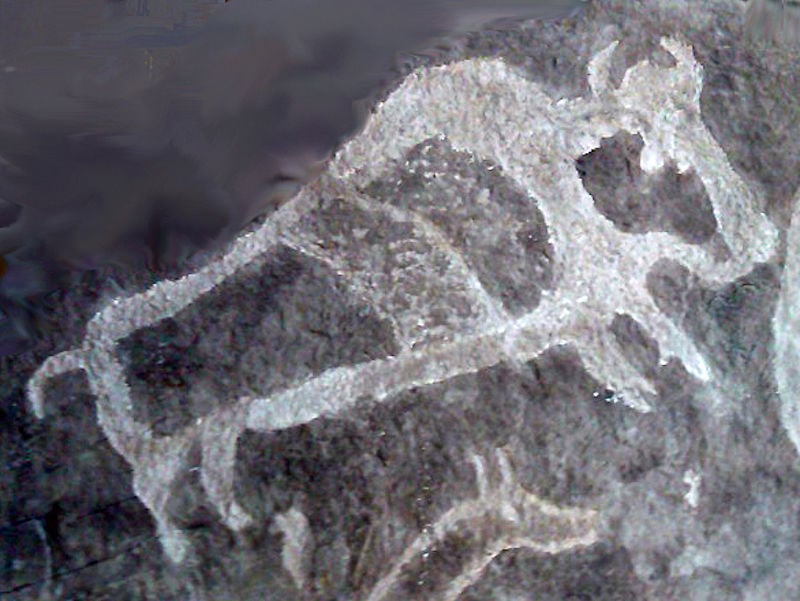 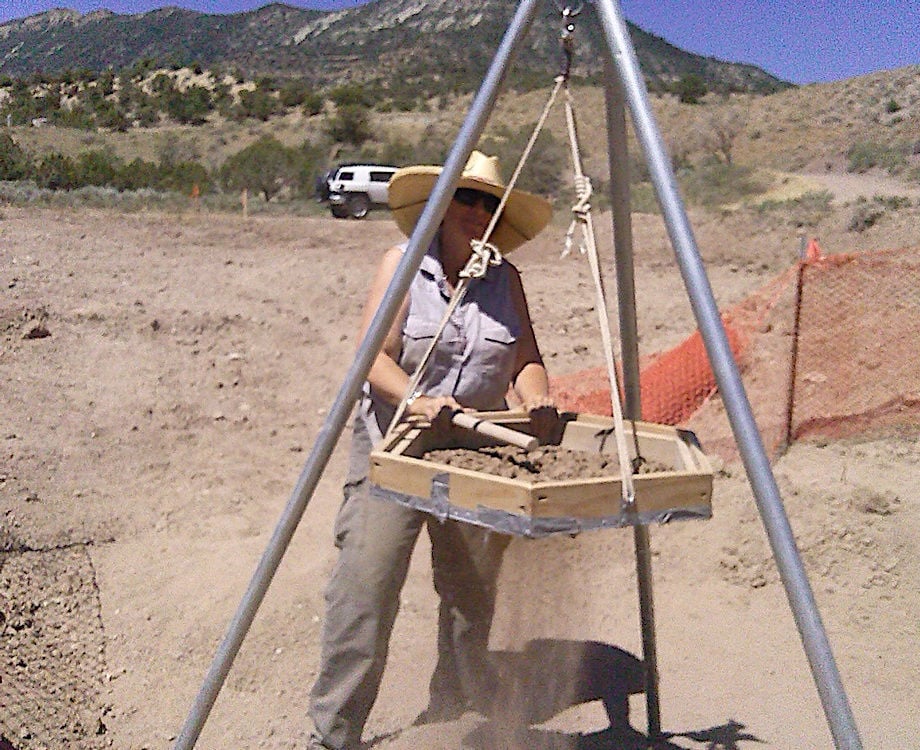 Buffalo jumps — sites where Indians chased animals over cliffs so they could gather meat, hides and other parts of the creatures — are well known in the archaeology of the West.

In the mountains of western Colorado, however, buffalo jumps were rare. Instead, native people employed another technique for trapping and killing bison, the animals commonly called buffalo in North America.

"The hunters would force bison up a steep draw," said Holly "Sonny" Shelton, project archaeologist for the Western Colorado Bison Project, which was conducted under the auspices of the Dominquez Archaeological Research Group.

Because it's difficult for bison to raise their heads high, Shelton explained, they don't like climbing up steep trails.

So they would try to turn around and exit the draw. But hunters would be waiting at the bottom to kill them.

"You couldn't hunt deer or elk like that" because those animals would simply race to the top and escape, she added. "But it seemed to work for bison because people used it over many centuries."

The hunting method was employed before Indians had horses, Shelton's research showed, and continued into the 1800s, well after horses arrived on the scene.

Bison bones found at the bottom of such draws — often with marks showing evidence of human activity, or "cultural modification" — helped Shelton determine the hunting technique. Bison rock art that was found frequently at or near these natural bison traps bolstered the idea about the hunting method.

Shelton began working on the Western Colorado Bison Project several years ago, researching bison bones found in seven counties on the Western Slope — Moffat, Rio Blanco, Garfield, Mesa, Eagle, Delta and Montrose. But her interest in bison began much earlier, when she was growing up on a Colorado ranch.

"As a young person" with Native American ancestry, "I learned to paint bison skulls and to respect the buffalo," she said.

Shelton also heard stories from neighboring ranchers of bison once roaming the Piceance Creek basin and elsewhere on the Western Slope. Later, she read accounts from trappers and explorers such as Joe Meek, Osborne Russell, Jim Bridger and John Fremont, who reported seeing bison in Colorado's mountains.

Shelton began working in archaeology in Arizona's Salt River Valley in the 1970s. Her career took a different track when she became a psychiatric nurse certified through the American Nurses Credentialing Center, work she continues to do with Home Care of the Grand Valley.

A dozen years ago, she reignited her archaeological career, joining the Dominquez Archaeological Research Group in Grand Junction and working with Palisade's Curtis Martin on the statewide Wickiup Project.

Shelton participated in several archaeological projects in which bison bones were identified. As she was writing one report, "it occurred to me we needed a database" of bison bone discoveries in the region, she said.

She began working with regional museums that had bison bones in their collections and examining old archaeological reports.

Narrowing her focus to the seven Western Slope counties, Shelton eventually evaluated 250 bison bones and found 38 percent of them had evidence of cultural modification.

Some bison bones were found at elevations as high as 10,000 feet, and they ranged in time over many millennia.

"We found two skulls of bison priscus, or steppe bison, from the last Ice Age," she said.

Bison priscus was an ancestor of the modern bison, and carbon-testing of one skull showed it was 11,700 years old.

Most of the bison bones evaluated were much more recent.

The earliest of those were from animals likely butchered by Fremont Indians, but from the 1600s onward, they were predominantly bison harvested by Utes and Shoshones.

She also heard from private individuals who told of bison bones with metal arrowheads imbedded in them. One told of a stone arrowhead, she said.

The Western Slope wasn't home to gigantic herds of bison such as those that once roamed the Great Plains. Instead, bison in the mountains usually moved in groups of 10 to 20 animals.

There is an ongoing debate over whether the buffalo in the mountains were actually a different subspecies from those of the Great Plains — called mountain bison or wood bison — or simply developed physical differences because of their environment.

According to the book "American Buffalo," "Taxonomists once described the wood bison as a separate species altogether … However, modern genetic research has revealed essentially no difference between the two."

Still, one can find arguments online for both sides of the debate. Shelton didn't attempt to answer that question.

"The primary objective of the project was data collection," she explained.

In 1995, during a construction project in downtown Montrose, 17 bison bones were dug up, and radio carbon-dating showed them to be approximately from the 1840s, she said.

"That's the most bones that have been found from the entire Uncompahgre Valley," despite rock art that suggests they were once present there, Shelton said. One reason may be that "there's not a lot of erosion there" to uncover bones.

As with other archaeological items, Shelton urged people who discover bones they suspect came from bison to leave them in place.

"Take pictures. Don't disturb them," she said. "If they're moved, the information they hold could be lost."

Also, they should be respectful of Ute Indians and other tribes who hold bison as sacred.