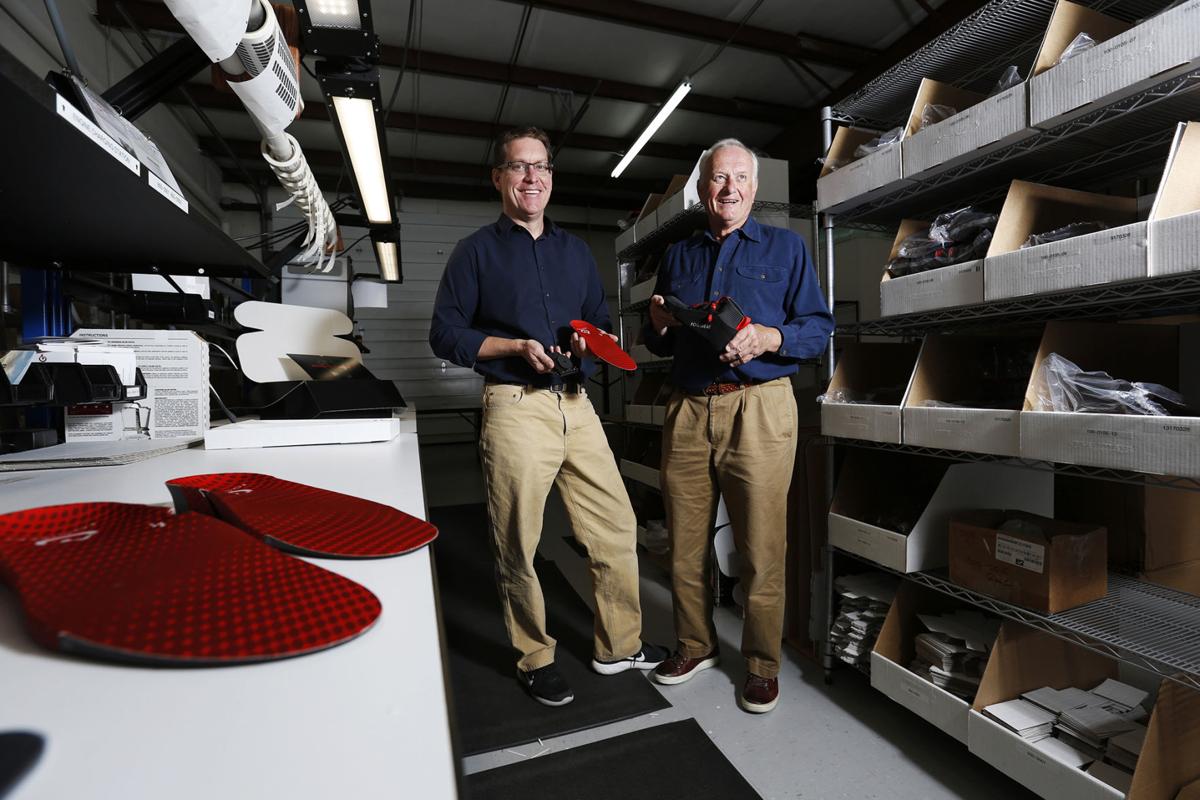 Matt Mayer, left, and Dr. David Mayer co-own Footbeat, an insole technology that increases circulation by using automatic pressure in the arch of the foot. 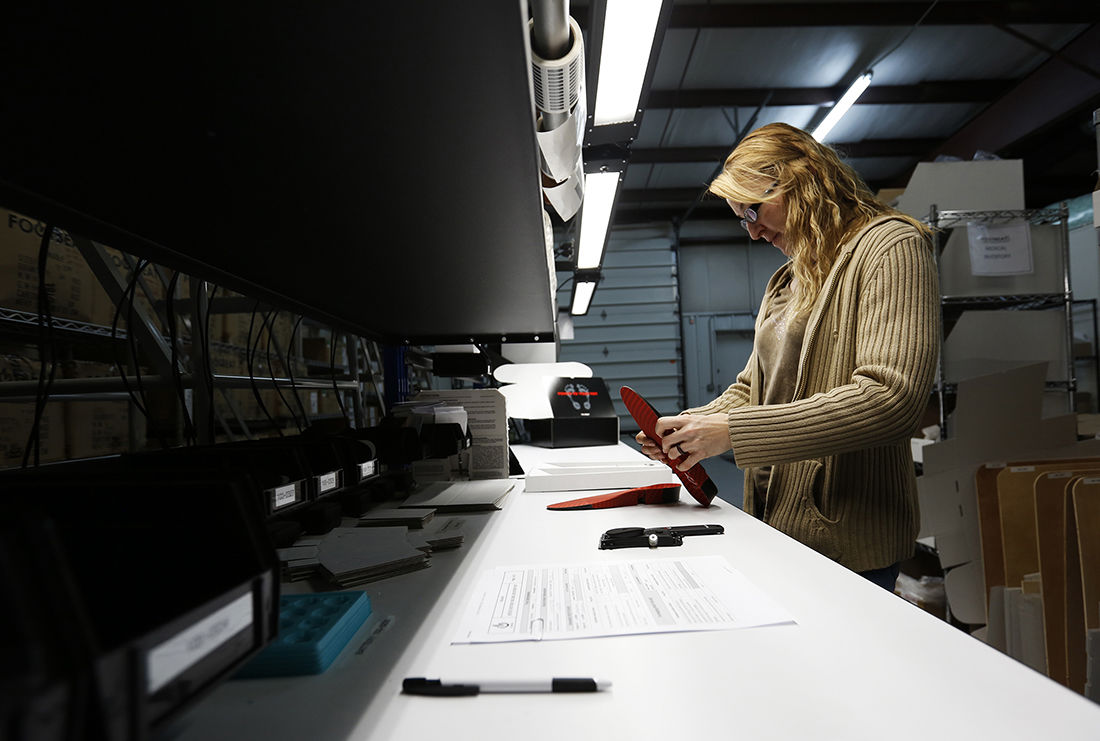 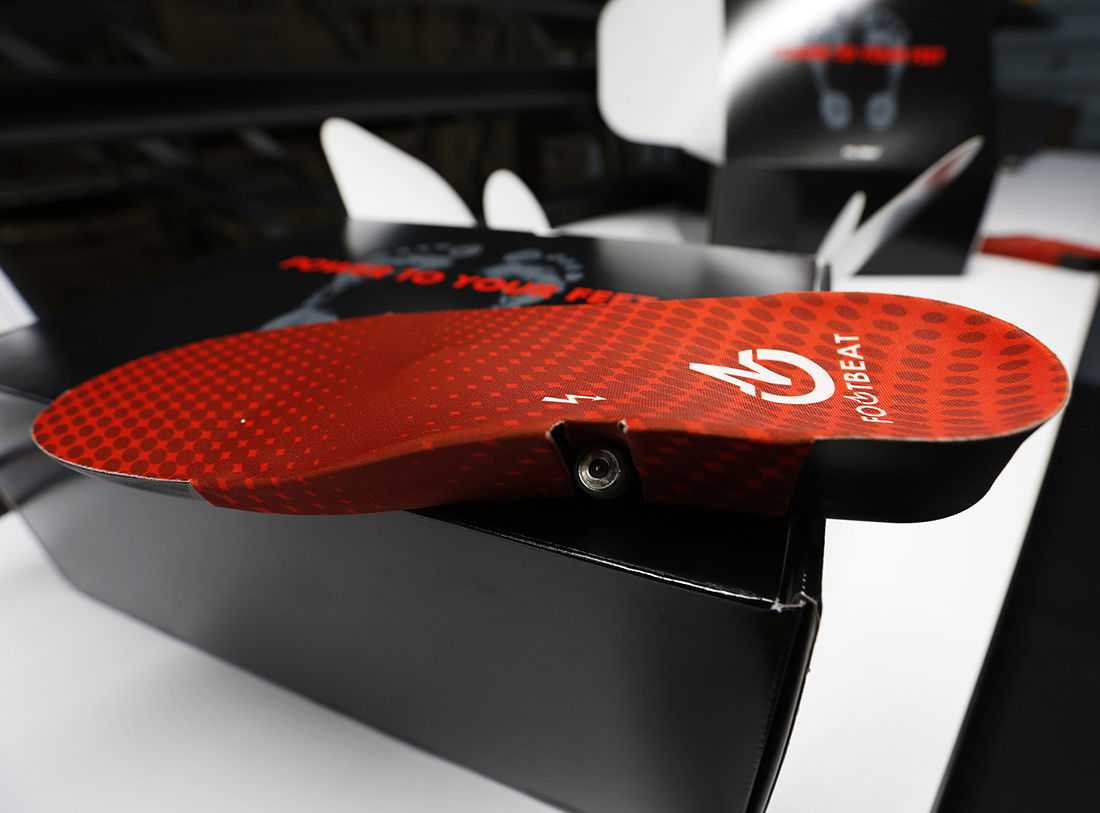 Matt Mayer, left, and Dr. David Mayer co-own Footbeat, an insole technology that increases circulation by using automatic pressure in the arch of the foot.

It was a 10-year road for Dr. David Mayer and son, Matt, to realize an idea and launch their business. But now the two have a product on the market after the Food and Drug Administration approved Footbeat's device.

Footbeat is a Grand Junction-based company started by David and Matt Mayer that makes a device that helps medical patients and athletes increase circulation by acting like a heart for a person's feet and legs by compressions of the veins in the feet. The product was approved and hit the market in March.

The device sits in the insole of a person's shoes and provides a compression to the arch of the foot at certain intervals. The increased circulation helps remove tissue fluid and metabolic waste to jump-start the healing or recovery process.

The product fits in certain shoes and is operable through a remote control and can be programmed through a phone app. It only works when the person is sitting or lying down and immediately shuts off when walking, as each step produces a similar blood flow.

"If athletes use our product immediately after they exercise, they recover faster and quicker and can work out harder and longer the next day," said Matt Mayer, CEO of Footbeat.

While Matt said the product is great for athletes and anyone who wants to keep their legs healthy during long stretches of inactivity, it was originally created and can help many patients who are suffering from ailments such as plantar fasciitis and diabetes.

In some test cases, Matt said the device has helped prevent an amputation. The compression comes every 35 seconds for the medical device and every 20 seconds for the athletic device.

Matt Mayer said there are 80,000 amputations per year from diabetes, which affects 30 million people in the U.S. and results in $17 billion in

It also has been effective in assisting with restless leg syndrome and preventing varicose veins.

David, an orthopedic surgeon, first explored the idea of a device like Footbeat after years of working in hospitals and seeing equipment geared toward preventing blood clots going unused by patients. Most of them would not use the bulky device because they would need to get up during the night to use the restroom.

David worked with his son and a few others in the

medical field to design a prototype. Now the company has multiple patents in the U.S. and a few overseas.

David notes the product is the only one that is based off Nobel Prize-winning work, which was the discovery of nitric acid in the late 1990s.

"The reason that this is so critical is people don't understand how potent our device is in maintenance of normal health and recovery," David said.

Gerhard Rill, a podiatrist with Grand Junction's Foot Support Group, was one who helped design Footbeat about a decade ago and now recommends it to his patients who are suffering from a variety of issues related to their feet and legs. He carries it in his practice and patients can buy the product directly from the office.

He said he's gotten good feedback so far from all but one patient, who returned it because his dog reacted poorly to the noise.

"Footbeat actually helps repair damage done and keeps it from coming back," Rill said. "Most patients are usually pretty happy about it."

Footbeat is also available through its website at footbeat.com and includes testimonials from various patients and athletes.

It retails for $450 and has a lifespan of two years if the person were to wear it every day for four hours per day.

Footbeat has been part of four published clinical studies prior to FDA approval and several medical professionals in the Grand Valley are promoting the product and selling it from their orthopedic and podiatry offices.

The device is not covered by insurance, but Matt said customers could use their health savings account. He added there are no potential side effects and there is a 30-day money back guarantee for Footbeat.

"It's pretty innocuous as to what it can do," he said. "It's just a pad into the arch of the foot."

Counseling for children is in demand