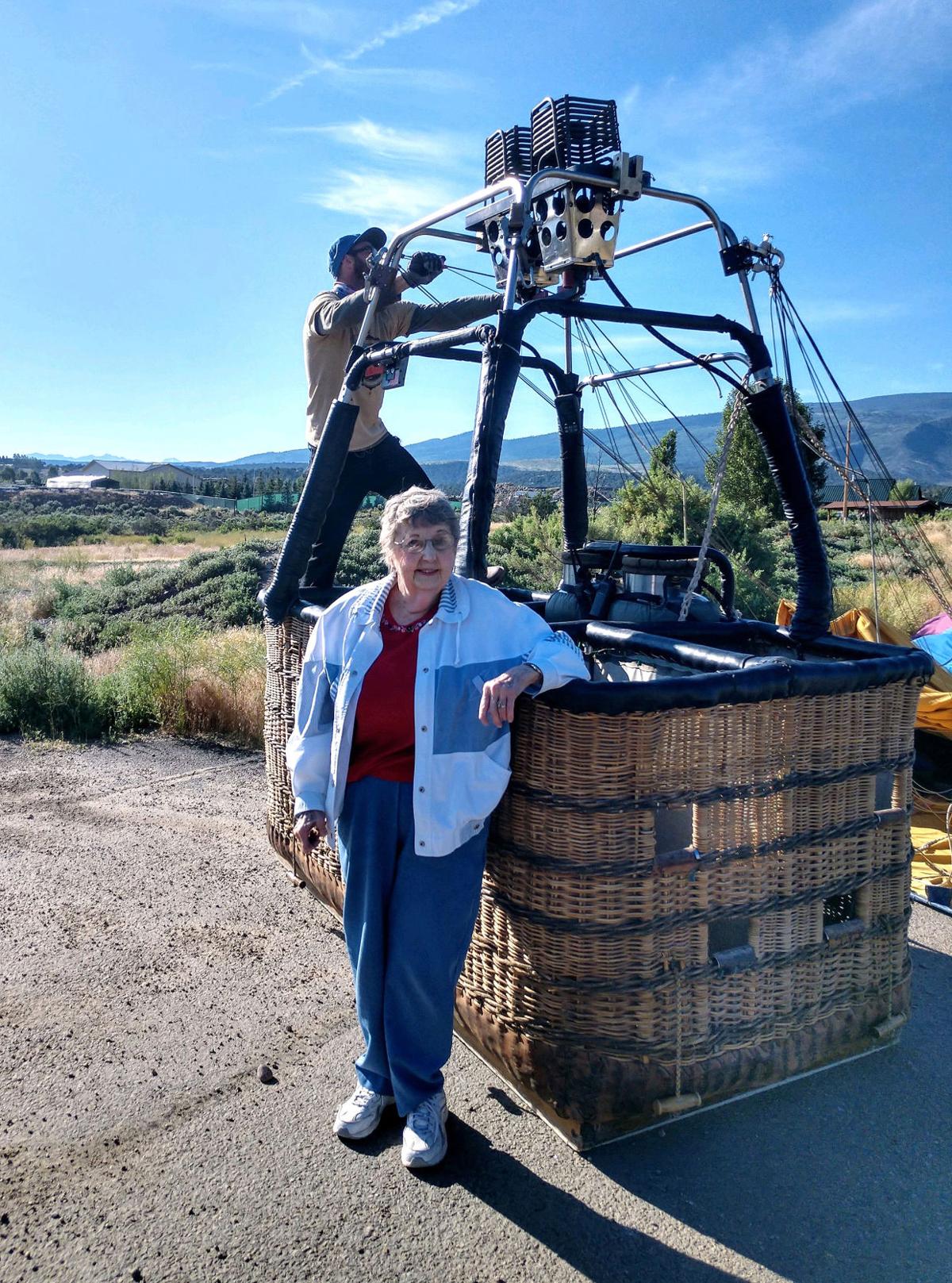 Photo courtesy of Julia Wallace Ida Shrum waits as the balloon crew preares everything for her balloon ride in in Eagle County on July 24. 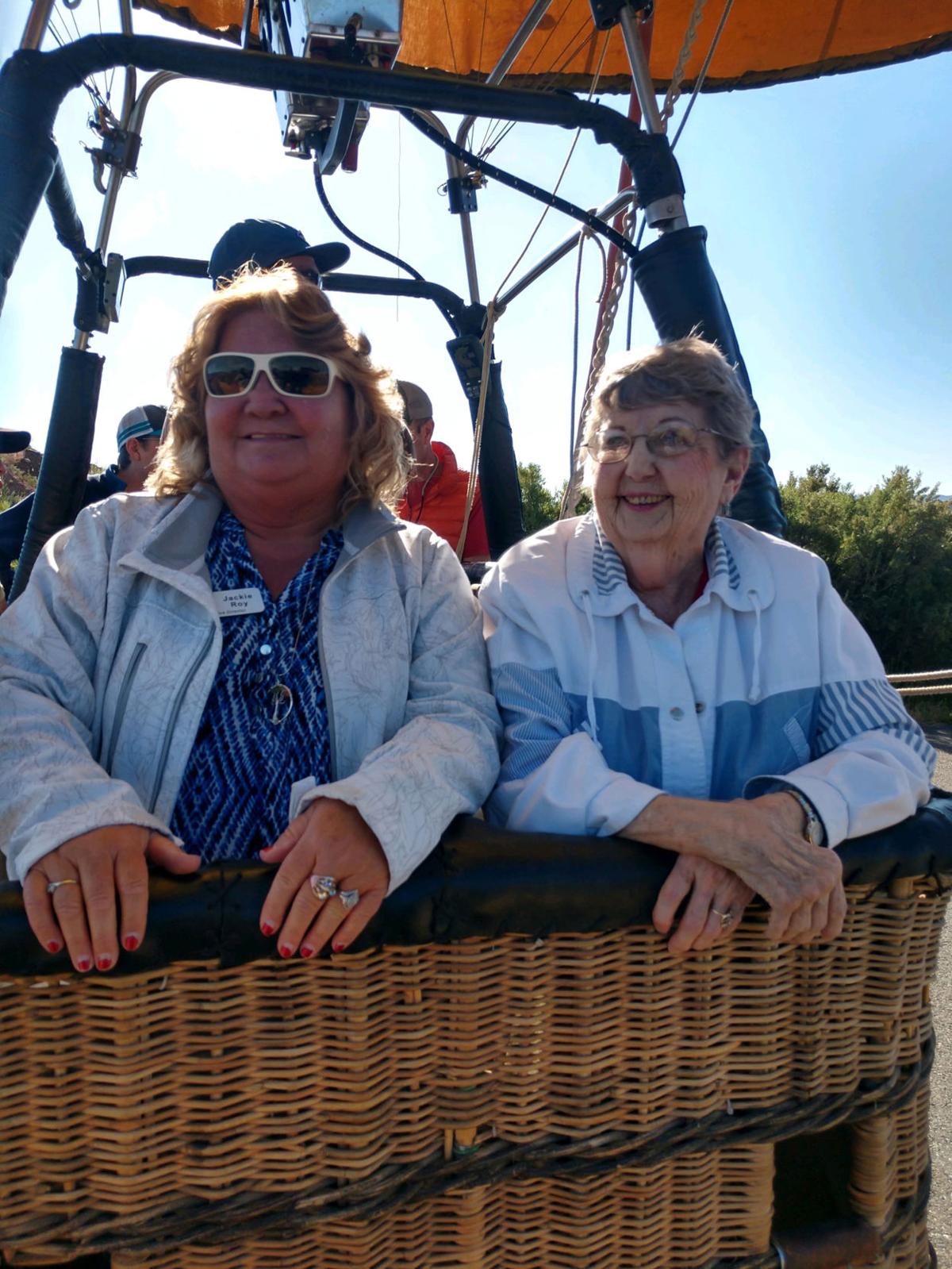 PHOTOS COURTESY OF JULIA WALLACE Ida Shrum waits as the balloon crew prepares everything for her balloon ride.

Photo courtesy of Julia Wallace Ida Shrum waits as the balloon crew preares everything for her balloon ride in in Eagle County on July 24.

PHOTOS COURTESY OF JULIA WALLACE Ida Shrum waits as the balloon crew prepares everything for her balloon ride.

Ida Shrum always dreamed of a way to honor her grandfathers and the impact they had on the area.

Those two men were early settlers to Palisade and immediately began creating an irrigation system to feed their crops with precious water.

Shrum has lived at Solstice Senior Living At Mesa View for about a year-and-a-half now, and they have a bucket-list program for its residents.

The 88-year-old Grand Valley native scribbled down her wish and the wheels were soon in motion for her to take off.

A balloon ride was her bucket-list request, but it was more specific than just floating on any breeze. She wanted to take a ride over the Palisade area where her grandfathers staked their claims.

"My two grandfathers came to Palisade and they put in the irrigation system of the valley," Shrum said.

Gus Haggbloom was from Sweden and John McKay came from Ireland, Shrum explained.

"They came here and established their homes by the time they were 50. And, really, isn't that what the American dream is all about," she said. "So I really wanted to go over the area and see that. I really wanted to honor them by doing that."

Since there weren't hot-air balloon ride opportunities in the Grand Valley, they came up with an alternative plan.

Shrum did get a balloon ride but it was in the hot-air balloon crazy area of Eagle County.

"At first they wanted to put me on a train and go to Denver to do a balloon ride. I rejected that one," She said with a laugh.

Although it wasn't her exact bucket-list request, Shrum said it was a spectacular day riding in a balloon high above the Earth back on July 24.

"It was just going up and looking over the country, God's county and what God made for us and it made me appreciate everything he does for us," she said.

Drifting along at more than 9,000 feet, she said it was a spectacular sight seeing the mountains and all fields below.

One thing that really stuck with her was the history lesson provided by her balloon pilot.

"He told us that the balloon ride itself was invented in the 1700s in France," she said.

Besides having to get up at 3:30 in the morning — "That was a little early" — everything about the trip was special.

"People ask me if I was afraid. No, I wasn't afraid at all. It was a very good experience," she said.

Enjoying a special experience was Shrum's reason for taking the balloon ride.

"Why not enjoy life and live life to the fullest?" She said.

It's a philosophy she embraces and wants others to embrace as well, regardless of how old they might be.

"All of us have dreams and we need to encourage each other to do something we really want to do, and do it. To have that kind of experience is really great," she said.

Her bucket list is far from empty and she's thinking that she might want to take flight again some day.

"Don't tell my sons this …," she said, then laughed. "But I think I wouldn't mind skydiving. As long as someone would hold on to me and pull the cord."

"The main thing is just get out and enjoy life," she said.

Fourth case of coronavirus confirmed in US