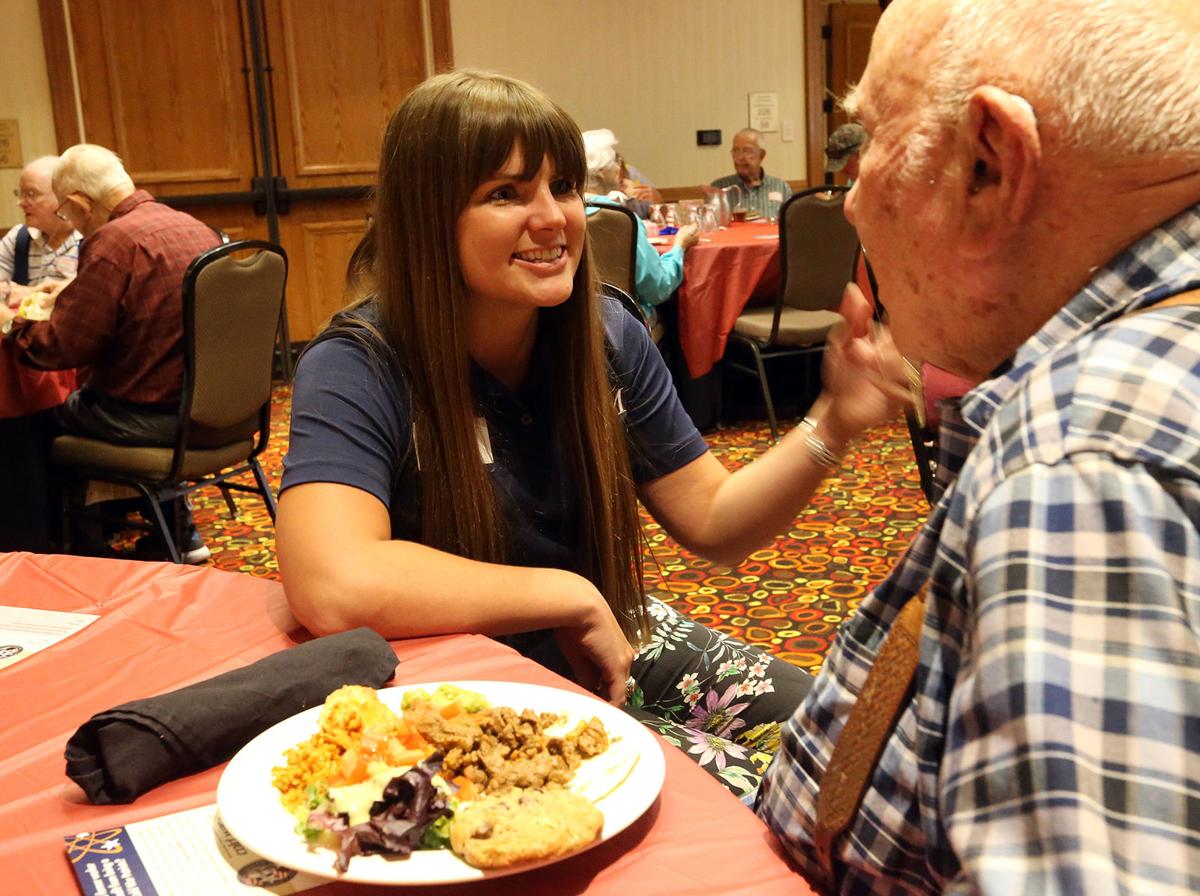 Tara Styck,RN,BSN Regional Director for Professional Case Management talking with a client at a lunchen for the Cold War Patroits Wednesday at the DoubleTree Hotel. 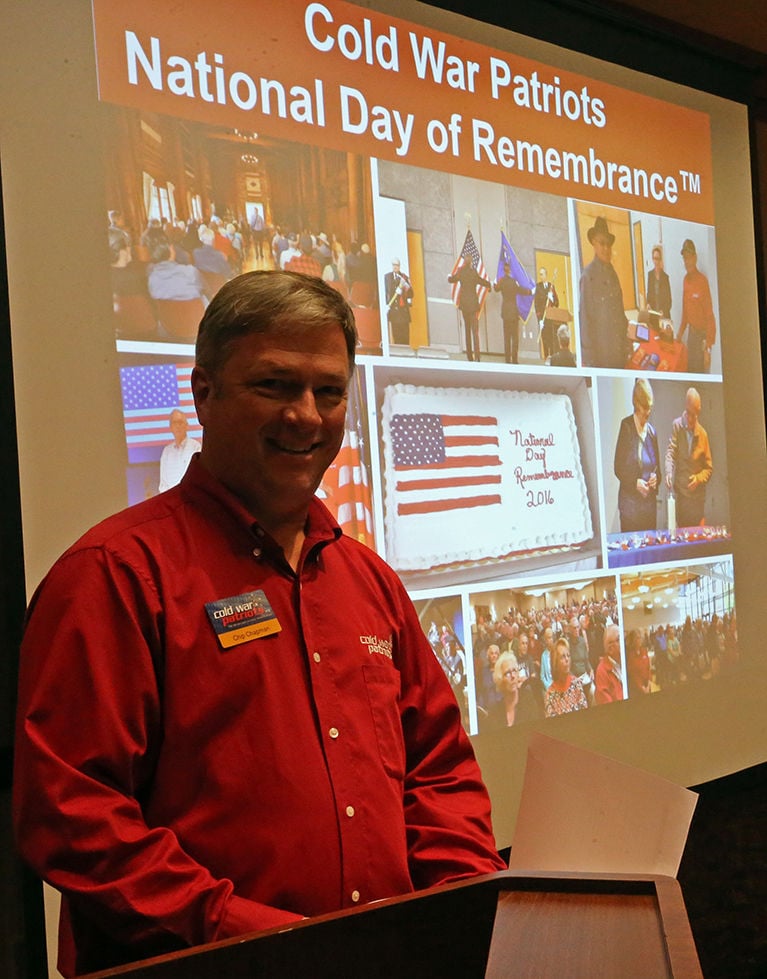 Chip Chapman with Cold War Patriots talking with clients at a lunchen for the Cold War Patroits Wednesday at the DoubleTree Hotel.

Tara Styck,RN,BSN Regional Director for Professional Case Management talking with a client at a lunchen for the Cold War Patroits Wednesday at the DoubleTree Hotel.

Chip Chapman with Cold War Patriots talking with clients at a lunchen for the Cold War Patroits Wednesday at the DoubleTree Hotel.

When Chip Chapman was leading town hall discussions to help inform uranium and nuclear weapons workers of the medical benefits to which they are entitled, he kept hearing from attendees that they enjoyed seeing former co-workers at these events.

Last week, the organization heeded those requests and hosted a social gathering that would allow uranium and nuclear weapons workers to have lunch together and catch up while also learning about health benefits available to them. The organization provided a taco lunch and a magician for entertainment.

The social event was the first the organization has sponsored in Grand Junction. Cold War Patriots typically holds meeting four times per year in the area because of the high volume of former uranium and nuclear workers.

"It's another way to express appreciation, for this group to say thanks," Chapman said.

Cold War Patriots is an advocacy organization that helps former nuclear weapons and uranium workers get access to compensation and health care. The organization is a division of Professional Case Management, which provides in-home care services for these workers. For information, visit coldwarpatriots.org or call 888-903-8989.

The group educates former workers about benefits they can receive through the Radiation Compensation Act and the Energy Employees Occupational Illness Compensation Program Act. They can also inform attendees about what they need to qualify for benefits.

The first program comes from the U.S. Department of Justice and offers money to people who were exposed to radiation. The second is administered by the U.S. Department of Labor and offers health care benefits to workers who participated in the nuclear weapons program from 1942 until today and became ill from radiation exposure or other substances.

Leonard Reed attended the event last week, but he said most of his co-workers from his time in the uranium mines have died.

Reed is qualified for benefits but said he has not used any in-home care services.

He worked in the uranium mines for about 20 years in places such as Naturita and Uravan and in New Mexico. He left the industry in 1981.

Reed said he has some issues with his lungs, but nothing that would require in-home care.

"I just get checked regularly," he said.

Reed said he came out to see if there was any new information he might need to know.

Oatman attends events such as this every few years to keep up on her benefits. She said she hasn't yet had the need to use any in-home services and uses her regular medical care.

"I want to hear what's new and what's changing," she said.

Dr. Birx has a warning for rural Americans