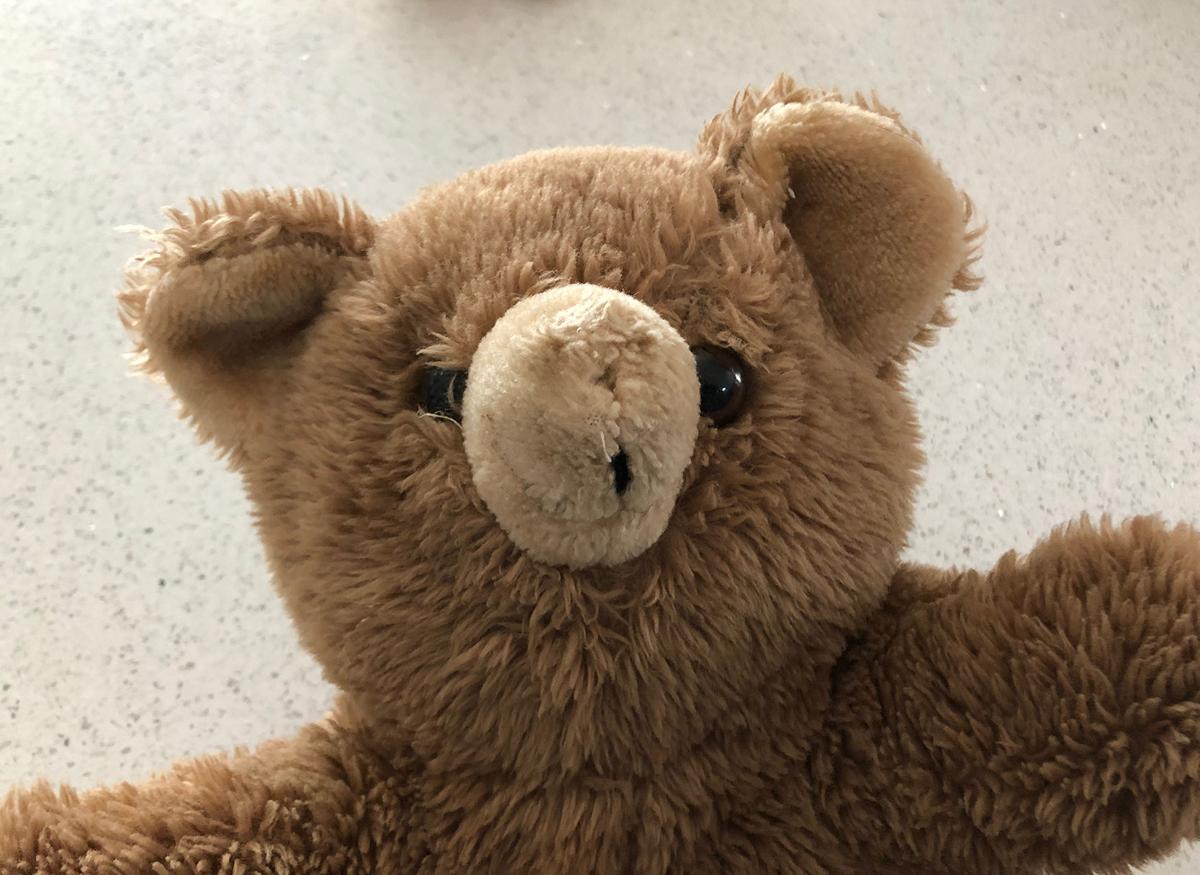 This is Chummy. After many years together, it was finally time for us to part ways. The poor teddy bear was a childhood toy, but it had become ratty and was missing his nose. ERIN McINTYRE/ The Daily Sentinel 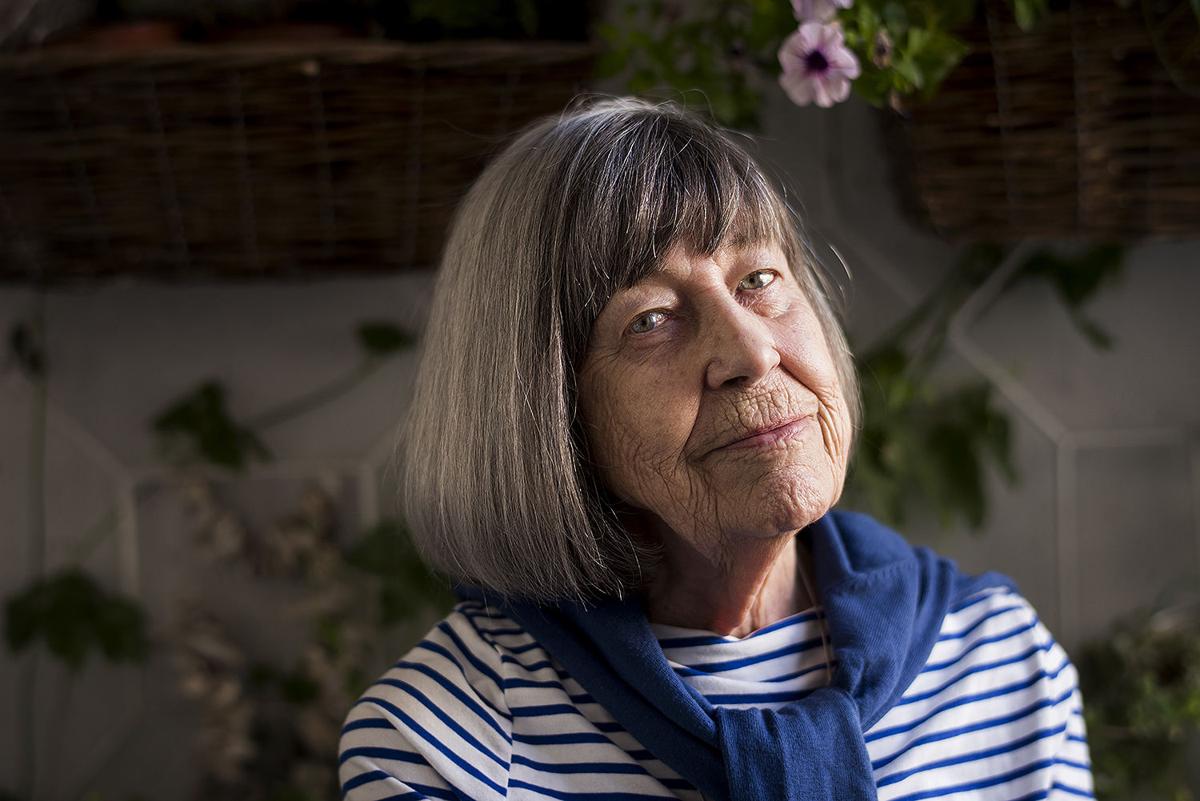 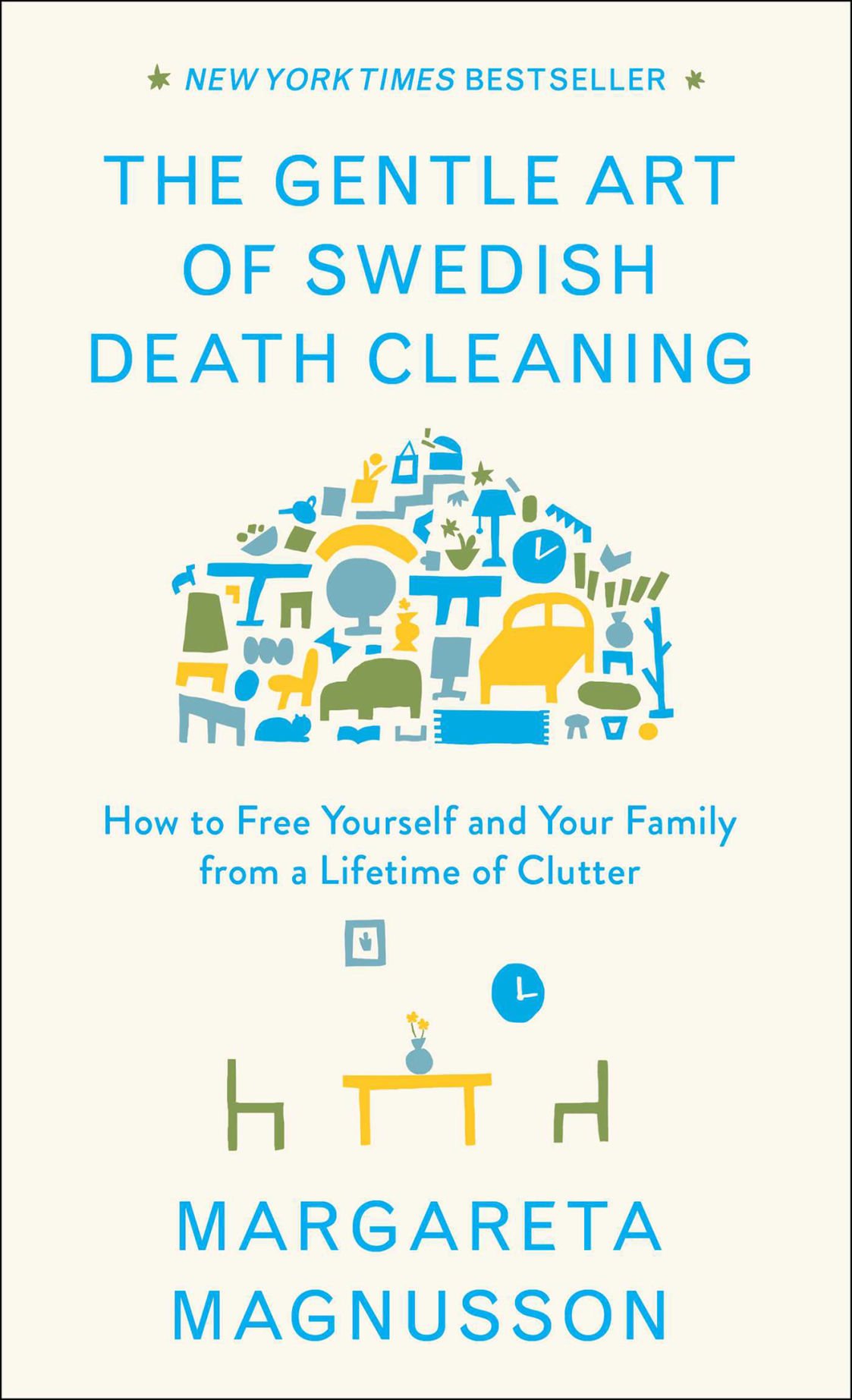 This is Chummy. After many years together, it was finally time for us to part ways. The poor teddy bear was a childhood toy, but it had become ratty and was missing his nose. ERIN McINTYRE/ The Daily Sentinel

It's time for the great purge to come to an end.

I have to get back to my life, instead of Swedish Death Cleaning all the time.

Spring is coming and it's time to head outdoors, now that my indoors is feeling much more organized, clean and open. I've been steadily working on this since October.

Except, is death cleaning ever really over? Just because I'm giving you a final update doesn't mean I won't continue trying to curb my stuff-gathering habits.

It also doesn't mean I'm calling it quits because I have nothing left in the house. I'm far from that. I'm not one of those people who sees an empty room as a sign of success — I still have plenty of belongings, some I still need to tackle when I'm ready.

Margareta Magnusson, the elderly author of "The Gentle Art of Swedish Death Cleaning," still seems to have plenty of belongings, from her accounts.

But you know what? The things I have left, for the most part, mean more to me now that they're not surrounded by random junk.

Paring back my belongings has brought a certain clarity to my possessions. They all have a place, and I know I chose to keep them, not just leave them there because I couldn't bear to deal with them and the thought overwhelmed me.

I learned an important lesson: It's fine to have stuff. I should just make sure it's stuff I want around me.

One of the most challenging items to death clean was my childhood teddy bear, which sat in a closet for years, ratty and missing his nose that I chewed off as a toddler.

"Not Chummy!" my sister said when I told her I was ridding myself of the bear.

I suddenly felt like I was re-living the Velveteen Rabbit and feeling a little bit bad for not valuing my toys more. The Skin Horse was lecturing me in my mind about how I didn't love my old, ugly toys anymore.

Then I thought, I'm 39 years old, and I put Chummy in the trash.

Never fear, dear readers. I'm not totally heartless. I kept Winnie-the-Pooh, which still has a working music box buried inside his filling. I decided the tinkling jingle of that bear meant more to me than Chummy's tattered, noseless face and I shouldn't let others guilt me into keeping stuff.

One of the other difficult lessons I've come to realize through death cleaning is that when you live with someone else, you each need to take individual responsibility for the stuff.

I am responsible for all the craft supplies and photos. The 300 canning jars in the shed? Yeah, I did that.

Hubby hasn't figured this one out yet and still has a habit of bringing home stuff that was a "good deal" just because.

Case in point: The grocery store uploads coupons to our value card for complimentary items, a clever marketing ploy based on our past shopping habits to get us to try things and buy more.

I noticed a new jar in the spice drawer (which, by the way, already had 58 jars of spices). It's some weird spice mix with unintelligible ingredients and a slightly chemical smell.

"But it was free!" he protested, when I asked about it. He had no plans for the spice and doesn't handle most of the cooking.

Perhaps this is a genetically ingrained predisposition, a holdover from our hunter- gatherer ancestors. But nothing is really "free" if one of us spends time and energy purging it later after it took up space in the house. The stuff is always lurking.

This "good deal" black hole is something I'm wary of because I do it, too. I also hope someday I feel confident enough that I won't bring home junk so that I can browse thrift stores again. Other than to donate things, I haven't stepped foot in a thrift store for the past few months for fear I would fall off the death-cleaning wagon.

We can enjoy stuff without owning it. And it's OK to ask ourselves if we have a place for something in our lives before bringing it into our homes.

The grand finale of the stuff-purging was donating my wedding dress to a local nonprofit thrift store — yes, I said goodbye to the wedding dress!

I tried to find someone who wanted it, to no avail. I tried to donate it to a nonprofit group that sews baby dresses for infants who die shortly after they're born. These Angel Baby dress groups seem to have too many dresses and not enough seamstresses, and I couldn't find one that was accepting donations.

I also tried to donate my dress to a nonprofit for military brides who can't afford dresses, but it was too old to qualify.

And so it went to the thrift store, where I figured if I missed it so much, I could buy it back.

Guess what? I didn't miss it. And I truly hope the silvery, embroidered dress that helped make my wedding day so special many years ago does the same for the next owner.

The sentimental items, which Magnusson recommended saving for last to avoid holding up the rest of the easier purging, are something I'm still sorting.

The boxes of photos will take more time than anything else. I didn't have a digital camera until I was in my late 20s, so many of my photos are printed, some are accompanied by negatives. I have quite a few digital photos that never made it past my hard drive and could stand some attention even though they don't take up physical space.

I've decided the best way to handle the printed photos is to have the ones I want to keep scanned by a professional scanning service. Then I can arrange them in printed photo books I can use to peruse them, and maybe even print out some to frame in my house or share the files with others online.

I've started sorting the ones I don't want, and I'll give away copies if people want them.

There are numerous photo-scanning services out there to choose from, and most will allow you to drop off or mail the photos to be scanned and will return the originals with a disc. The best prices seem to be offered by shopping club stores — the cheapest ones are 32 cents per scanned image — but local photo shops often have this service, too. I'll likely keep some originals.

I hope those of you who joined me in the initial death cleaning experiment experienced the same rewards I did: feeling freer, creating a home that's easier to clean and organize, and making life a little less cluttered and more manageable.

I no longer have a "crap room" where I throw everything, though I admit the closet in the former crap room will continue to need attention. That seems like progress to me.

I'll leave you with these thoughts from the guru of death cleaning herself.

"Death cleaning is not about dusting or mopping up; it is about a permanent form of organization that makes your everyday life run more smoothly," Magnusson wrote.

While we death clean to avoid burdening others with our belongings, it also benefits us during our lives.

I hope to have much more time left on this planet. I think I've caught a glimpse of what Magnusson meant and want to keep it going in the years to come.

Erin McIntyre is a journalist and completed advanced master gardener training in 2012. Email her at Erin.McIntyre@gjsentinel.com with story ideas or feedback.

Given away on Craigslist: