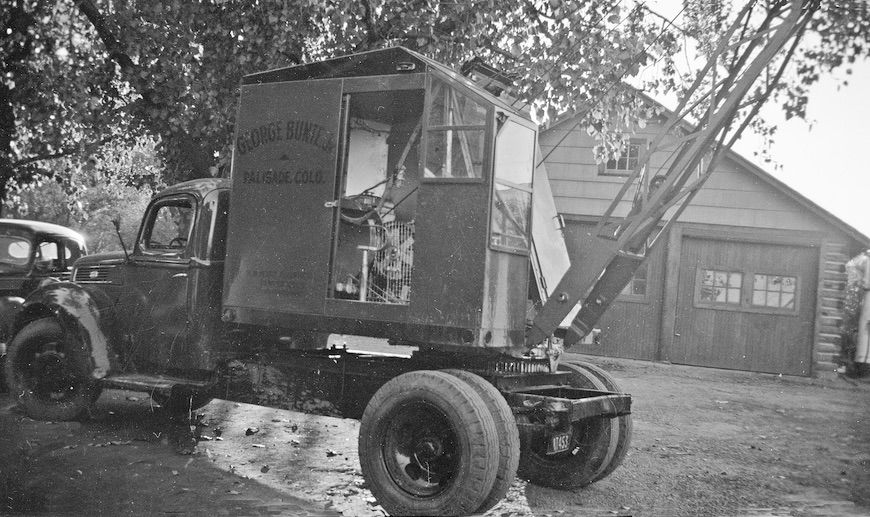 A crane owned by George Bunte outside his shop in Palisade. 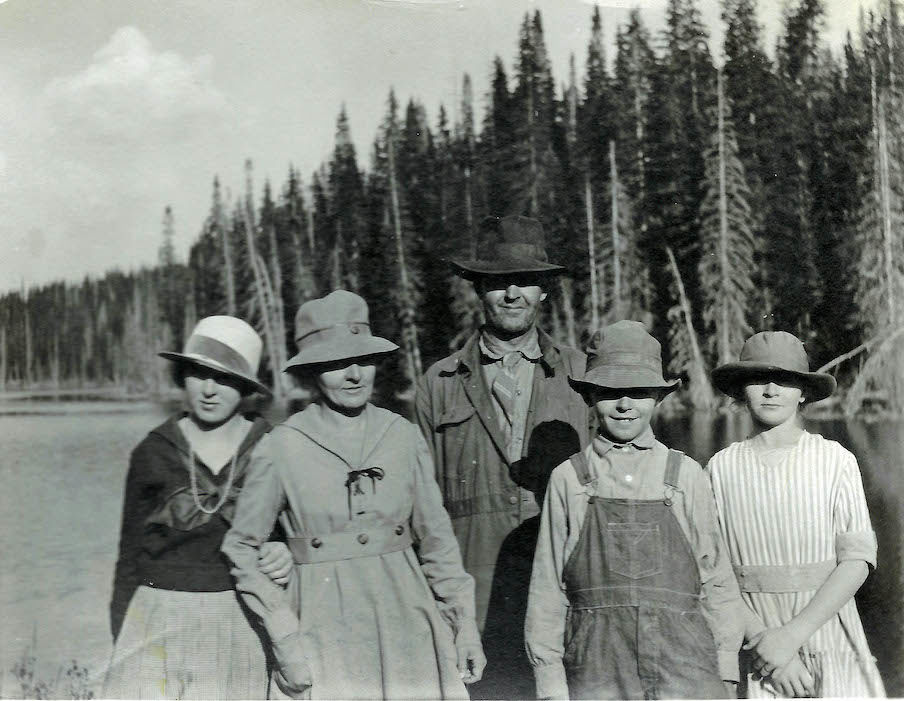 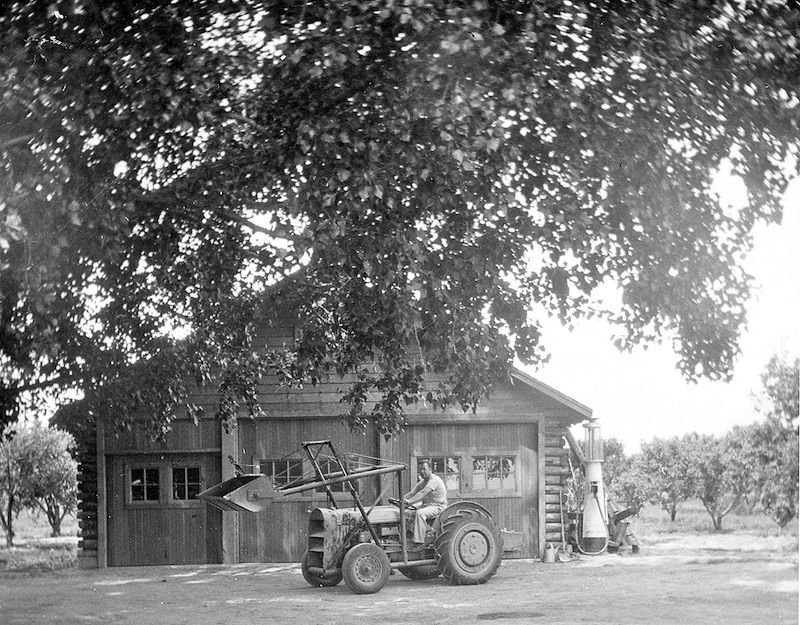 George Bunte Jr., circa 1940, drives a tractor outside his shop in Palisade, the building that will soon become the new home for the Palisade Historical Society.

A crane owned by George Bunte outside his shop in Palisade.

George Bunte Jr., circa 1940, drives a tractor outside his shop in Palisade, the building that will soon become the new home for the Palisade Historical Society.

When he started his Palisade trucking business in 1936, George Bunte Jr. borrowed his father’s Model A Ford truck and hauled whatever small loads he could find for hire all over the county.

When he sold the business three decades later — as he was seeking election as Mesa County’s assessor — he had a freight line that operated between Palisade and Grand Junction, as well as other parts of the valley.

Newspaper articles of the time reveal this, such as the time he gathered a family injured in an auto accident between Palisade and Clifton, and drove them home to Palisade in his freight trucks. And when a farmhouse burned near Bridges Switch (now the intersection of 35 Road and Front Street), he hauled water with one of his trucks to assist fire teams. The farmhouse was destroyed, but nearby buildings were saved.

The Bunte name was once well-known in Palisade and Mesa County. But it had largely disappeared from local news in recent decades, until last week. That’s when Kirk and Cyndy Bunte announced a long-term lease to the Palisade Historical Society for the use of George Junior’s old log truck shop on G Road in Palisade.

Kirk is the grandson of George Bunte Jr. He and Cyndy live in Virginia. When renovations are completed on the old shop next year, it will serve as a museum space and administrative facilities for the Historical Society.

George Bunte Jr. was born in Palisade in 1911, a year after George Bunte Sr. moved his family to Palisade from Kansas, and purchased an orchard at the edge of town. The senior Bunte was a leader of the Palisade Methodist Church and helped found a father-son event in the town.

Additionally, George Sr. was an outdoorsman. As one of the photos accompanying this article shows, he took his growing family to Grand Mesa on outings.

He also was a hunter and not just interested in securing meat for his family. In 1923, according to an article that April in the Palisade Tribune, Bunte killed “a fine large bear” near Somerset, Colorado.

The same article hints at the number of bear that must have been present in the region in the early decades of the 20th century.

“Mr. Bunte was accompanied by three men from Hotchkiss and Paonia,” the paper reported. “In two and a half days hunting the four men succeeded in getting four bears ranging in weight from 100 to 250 pounds.”

Eleven years later, Bunte was one of six men from the Palisade area appointed as special deputies by Mesa County Sheriff Charles Lumley, men “to whom any labor disturbance or other trouble in handling of the crop may be reported.”

There were apparently fears of labor unrest that harvest season, especially among truck drivers who would be transporting the fruit crop.

The feared problems didn’t materialize, however, in part because of the watchful eye of the sheriff and his deputies. Additionally, there was a glut of laborers, especially former farmers from eastern Colorado, Kansas, Nebraska and Oklahoma who had lost their farms in the drought. And local peach growers were paying wages that were “fair to all concerned,” according to the Tribune.

The senior Bunte was also involved in the transportation business, using his team of horses to haul coal and blocks of ice for ice boxes.

When the senior Bunte died in 1944, he was lauded for his work with the Palisade Methodist Church, Palisade Lions Club, the Red Cross and several fruit-growers’ associations.

One of the pall bearers at his funeral was Wayne Aspinall, who was then a member of the Colorado Senate and four years away from being elected to his first term in Congress.

Furthermore, his life-long love of music was revealed during his school years in Palisade, when he was featured in school choral shows and musicals.

Even when he had gone on to a career in trucking, then politics, newspaper articles show he frequently sang at weddings, funerals and other public gatherings. He was a member of the Presbyterian Church choir in Grand Junction for 50 years.

But he never went far from home. In fact, the house he built with the accompanying shop for his trucking business — the home he lived in until his death in 1988 — is directly across the street from the house in which he was born.

George Jr. first held elective office as a member of the District 51 School Board, beginning in the late 1940s. He was elected president of the board in 1951.

It is not clear what made him decide to run for Mesa County Assessor in 1966, but his campaign advertisements touted him as a “Successfully Self-Employed, Life-long Resident of Mesa County.”

In the Republican primary election that year, Bunte defeated Fred Warren by just 338 votes. In November, he won the general election, defeating Democrat Everett Foster despite the fact that Foster was an experienced employee in the assessor’s office.

Bunte was re-elected twice and served successfully as county assessor for 12 years. During that time, he also served a term as president of the Colorado Assessor’s Association.

For more than 60 years, George Bunte Sr. and George Bunte Jr., their wives and children were active members of their communities, providing assistance in a number of ways.

Through the agreement reached between the Palisade Historical Society and Kirk and Cyndy Bunte, the family is continuing to serve the Palisade community.

Samantha Markle: Duchess Meghan is to blame for royal exit