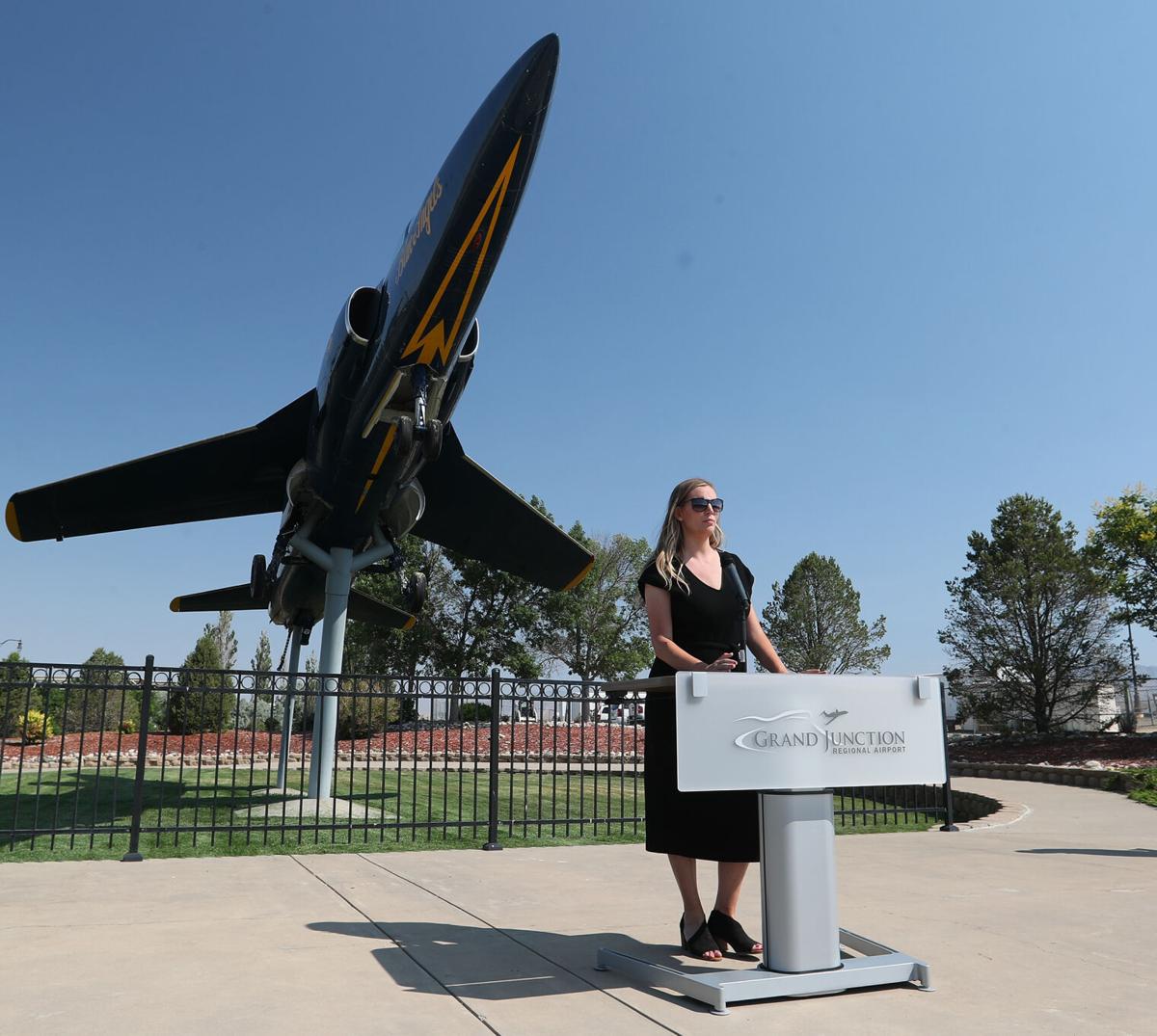 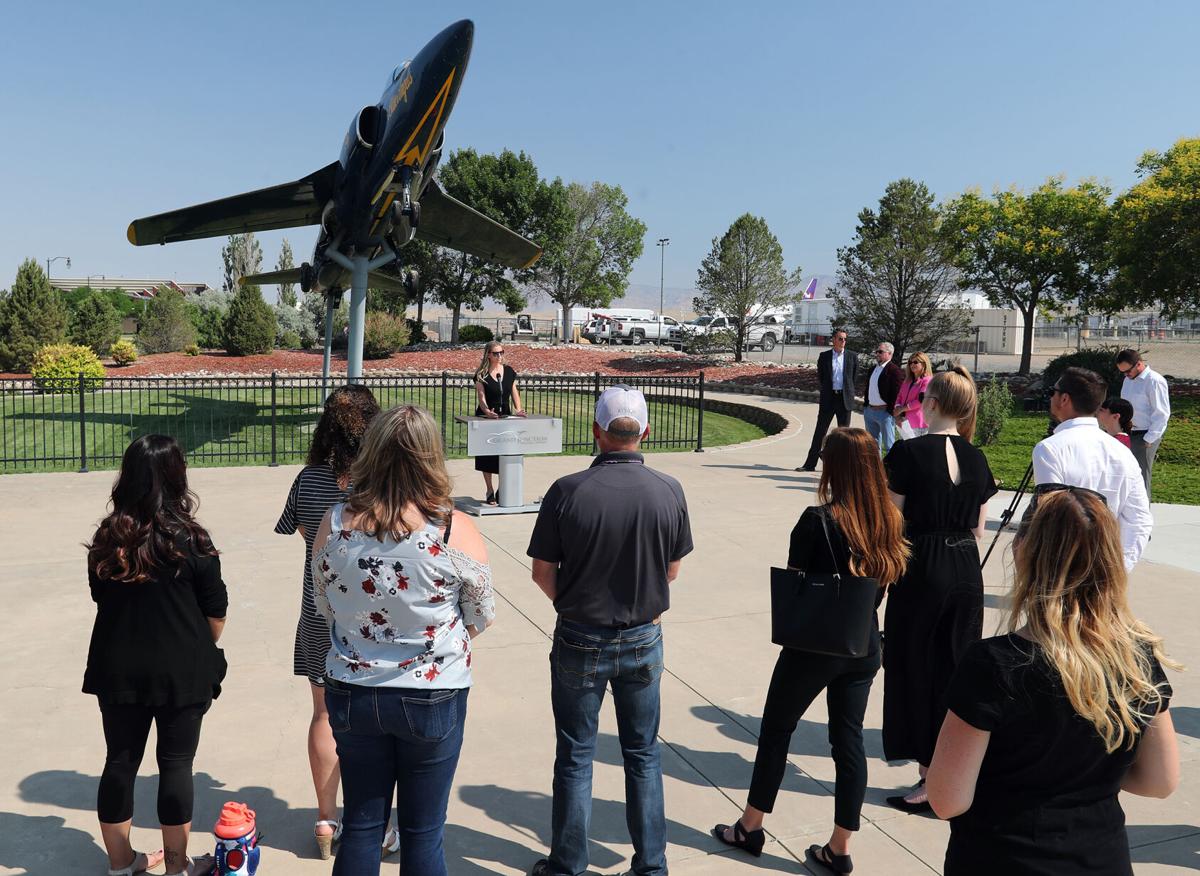 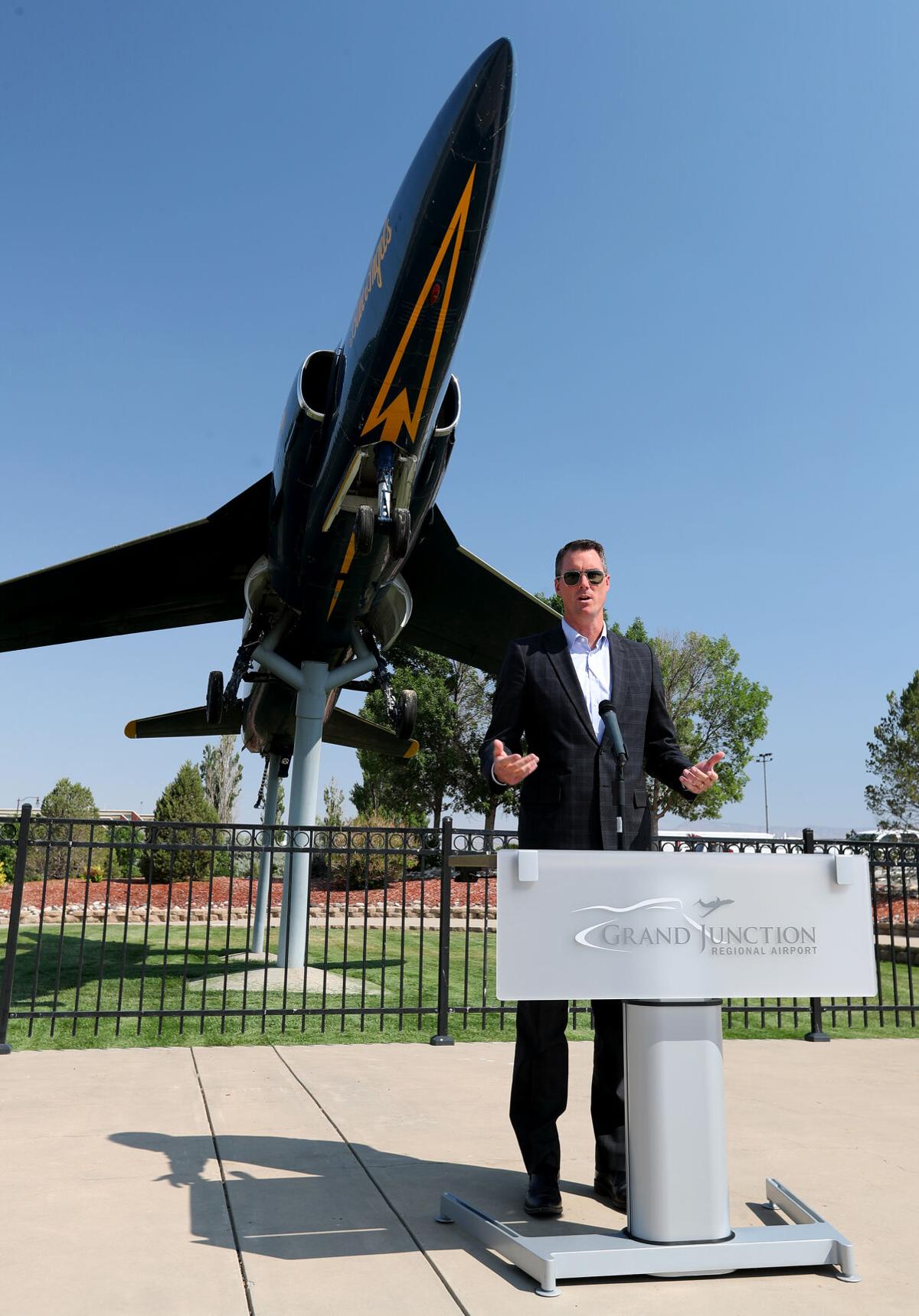 Colorado Mesa University soon to be President John Marshall at the Grand Junction Regional Airport speaking Tuesday morning at a press conference for the Avelo Alirlines promotion at Aviator Park at the airport.

Colorado Mesa University soon to be President John Marshall at the Grand Junction Regional Airport speaking Tuesday morning at a press conference for the Avelo Alirlines promotion at Aviator Park at the airport.

Avelo Airlines is giving away 42 round-trip tickets from Grand Junction to Burbank, California, to recent graduates in western Colorado, the airline announced Tuesday.

Through the giveaway, 21 graduates from high schools, colleges, universities or technical schools will win two tickets each to Burbank as part of Avelo’s Grads-on-the-Go sweepstakes.

Through the sweepstakes, Avelo is giving away more than 500 tickets across 12 communities to recent graduates, according to a press release.

Winners will be selected Aug. 17, and the entry deadline is July 20, according to a press release.

Grads can enter the sweepstakes at aveloair.com/grads, and can get a second entry by posting a picture of their graduation to Twitter or Instagram and tagging Avelo and using the #GradsOnTheGo and #AveloGradSweepstakes.

Hollywood Burbank Airport is located about a half hour’s drive from the Los Angeles city center. The travel must be completed by the end of 2021.

Avelo Airlines operates out of Hollywood Burbank Airport. The airline made its debut flight to Grand Junction in May and specializes in low-cost flights with destinations across the west to places like Pasco, Washington, and Bozeman, Montana.

Colorado Mesa University president-elect John Marshall said Avelo’s service is a big deal because undergraduate enrollment at CMU by out-of-state students is increasing, and having direct service from the Los Angeles area to Grand Junction will help entice students from southern California.

Those students tend to commit to CMU if they visit, Marshall said.

Marshall announced CMU is launching a program that would reimburse families from Southern California for expenses incurred while visiting CMU if their students choose to enroll in the university.

The giveaway will give District 51 seniors the opportunity to travel, Christensen said, which is nice given how much perseverance students showed during the COVID-19 pandemic.

“This opportunity will go a long way toward warming the souls of our hardworking seniors,” Christensen said.

Grand Junction Regional Airport Executive Director Angela Padalecki said she was glad to have Avelo at the airport and proud that Grand Junction was one of Avelo’s first 11 destinations as an airline.

“This has been a challenging school year for students trying to remain academically engaged while often studying remotely,” said Avelo Chairman and CEO Andrew Levy in a press release. “The Grand Junction area is home to dozens of schools. We are inspired by the perseverance of the Class of 2021 and we can’t imagine a better graduation gift than to help fuel their inspiration to travel and explore new places.”