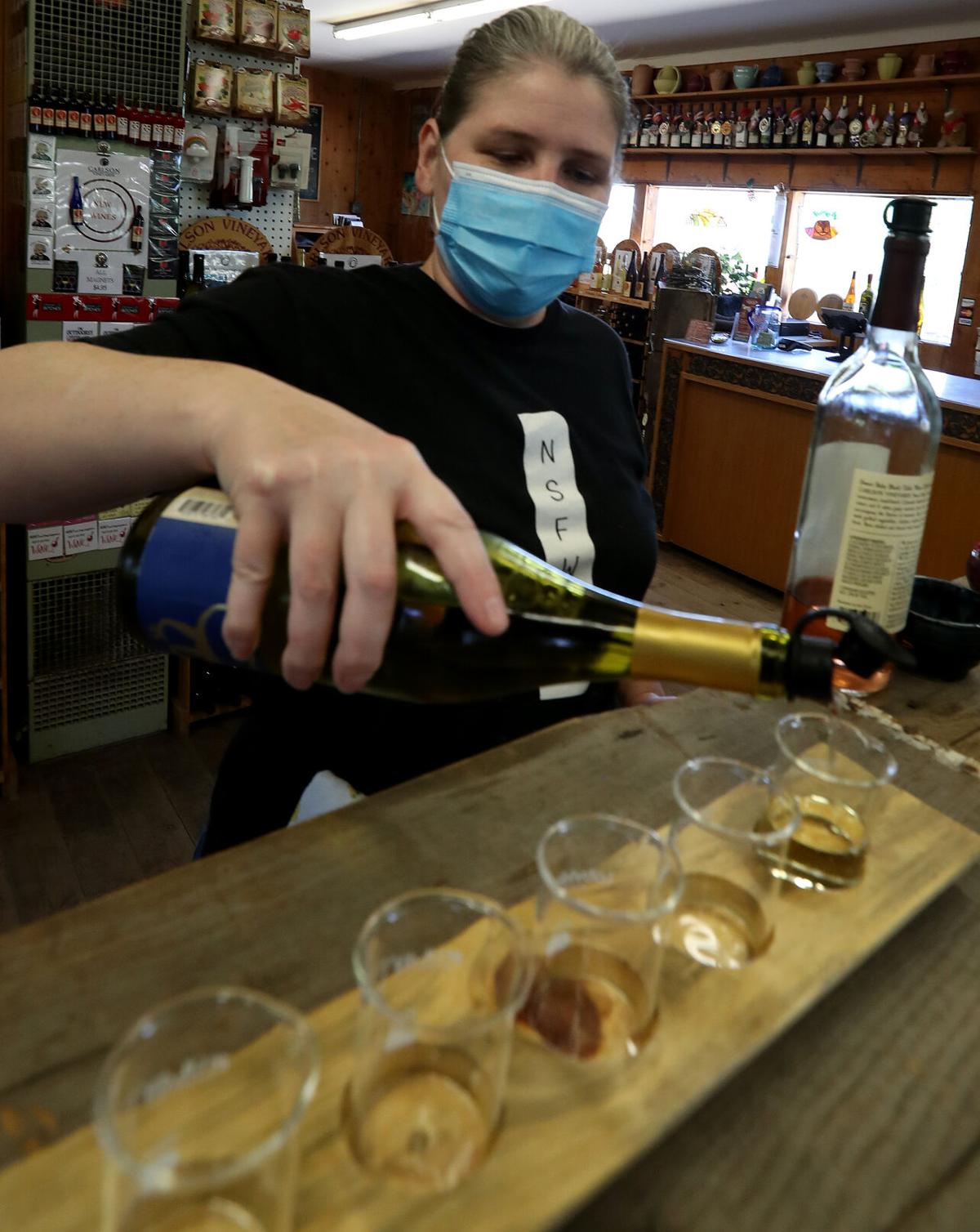 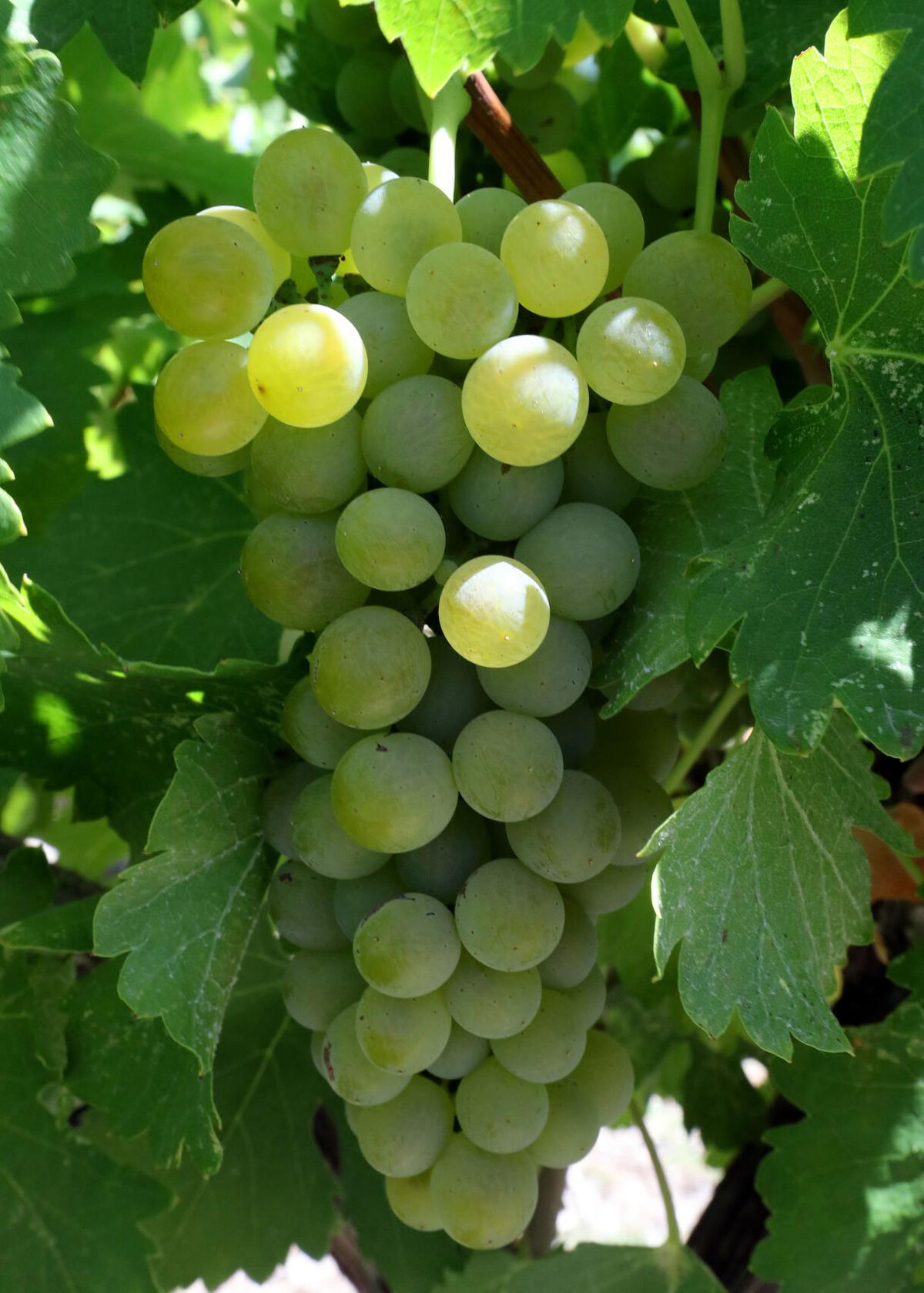 Grapes on the vine at Carlson Vineyards. Story is on how wineries have adapted to the COVID-19 pandemic, losing months of business because of the lockdown and the cancellation of tourism events 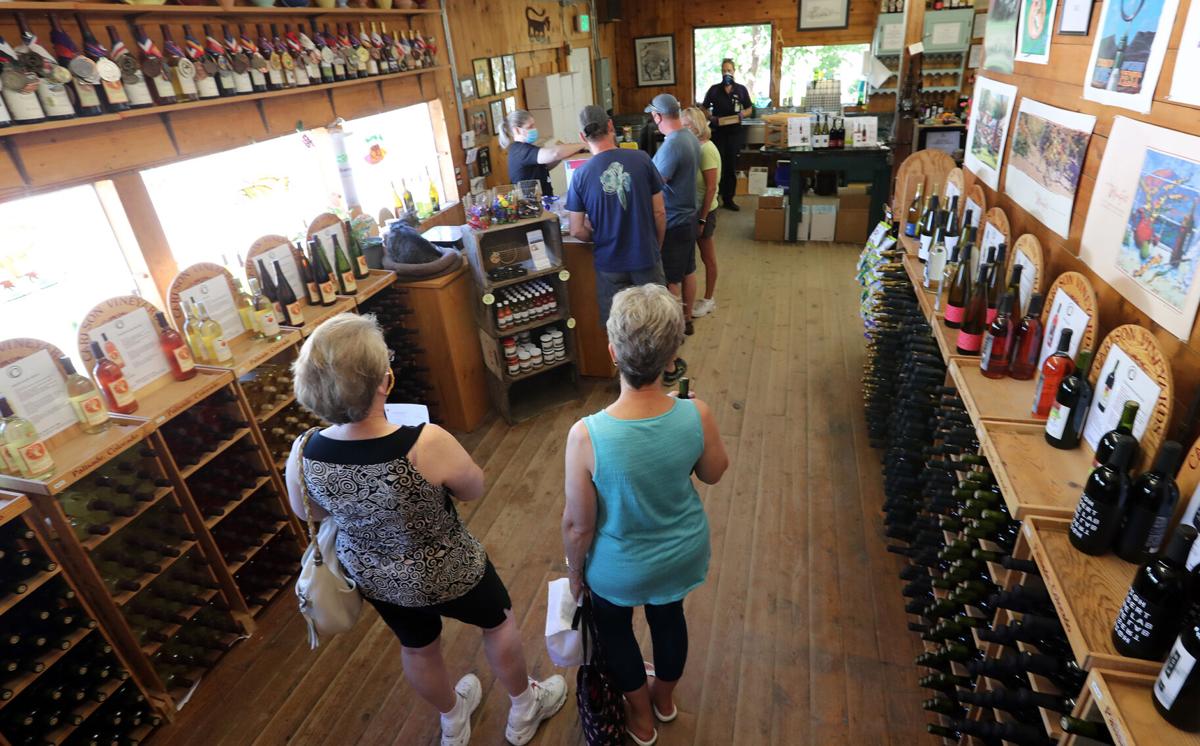 Guests wait inside the tasting room at Carlson Vineyards. 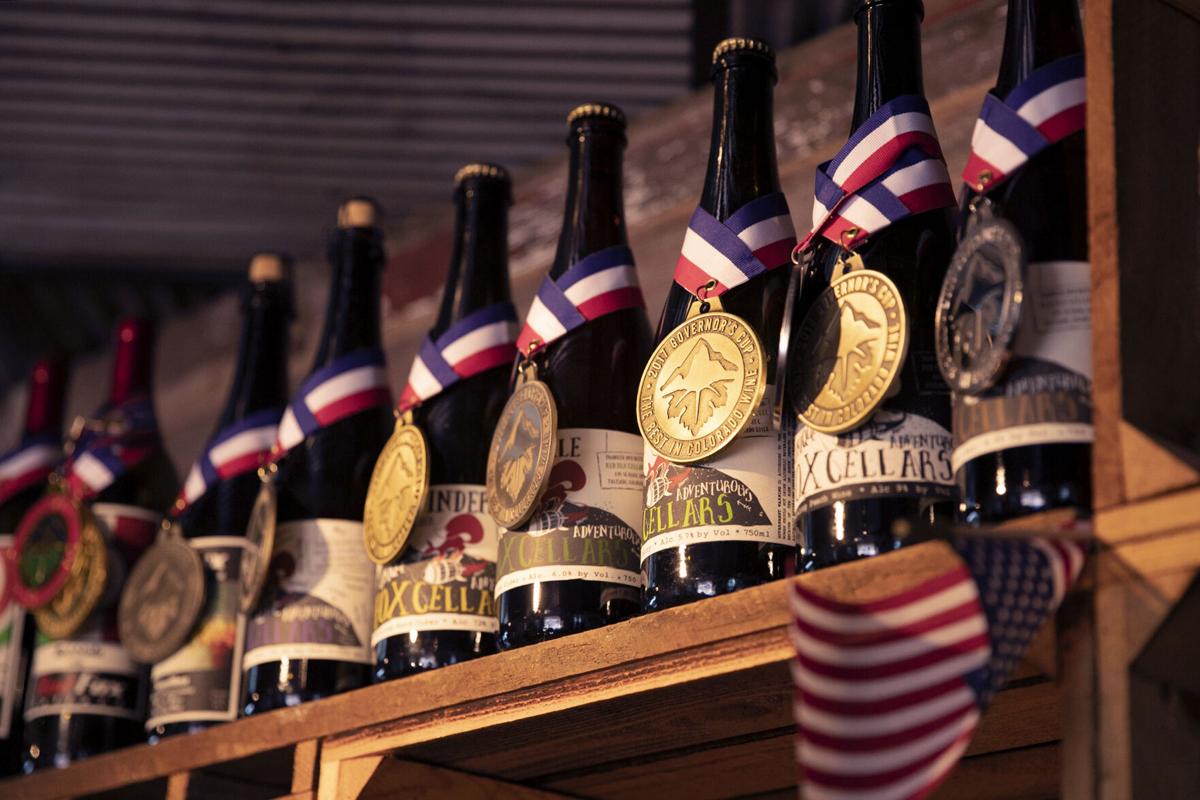 Red Fox Cellars has recieved multiple gold medals for their wines since opening in Palisade six years ago. 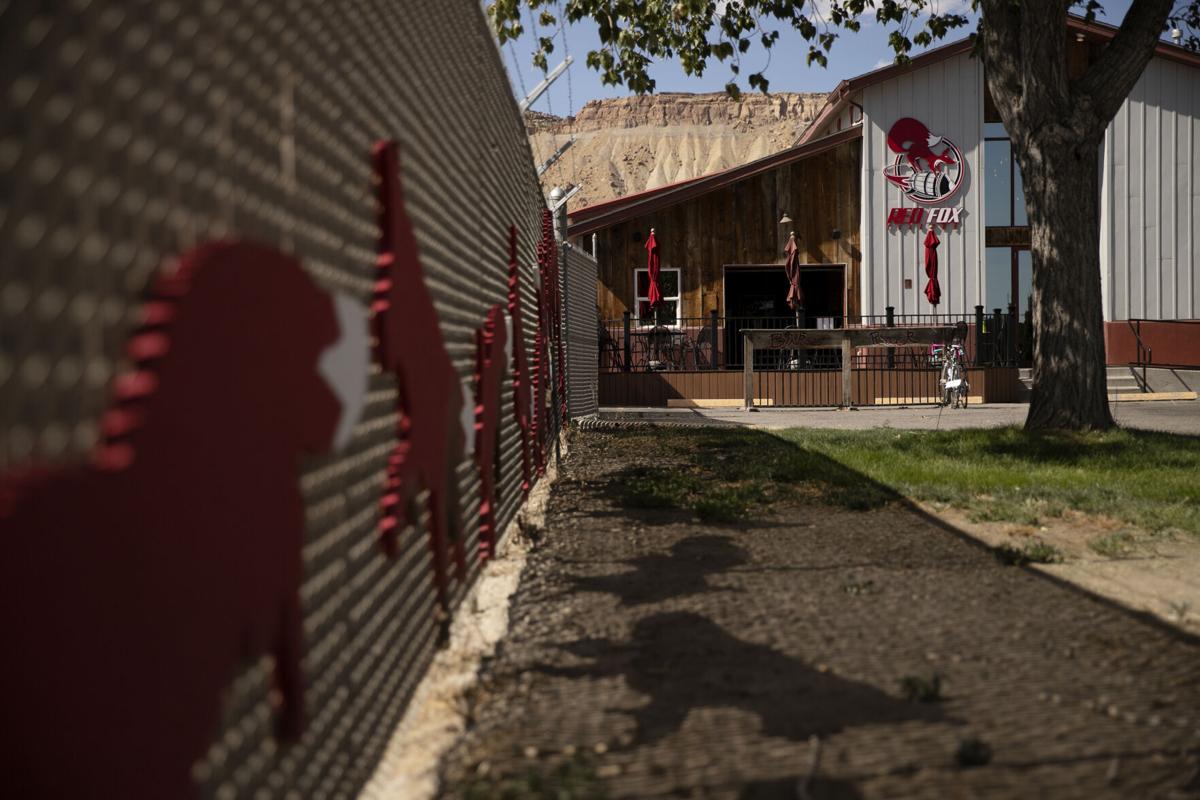 Grapes on the vine at Carlson Vineyards. Story is on how wineries have adapted to the COVID-19 pandemic, losing months of business because of the lockdown and the cancellation of tourism events

Guests wait inside the tasting room at Carlson Vineyards.

Red Fox Cellars has recieved multiple gold medals for their wines since opening in Palisade six years ago.

A challenging year for Colorado winemakers might be marked by crop freezes, a new recession and a devastating global pandemic. But to have all three in one season can feel like something out of the Book of Revelation for Colorado vineyards.

The triple whammy of last fall’s crop freeze, the COVID-19 shutdown and festival cancellations worries owners such as Scott Hamilton, who was blunt about the future of Red Fox Cellars in Palisade.

“I think it could kill us, honestly. I’m not sure if we’re going to make it. We could lose 10-12% of our income because of (Colorado Mountain) Wine-fest alone. We rely on the other festivals, too, and they’ve all been canceled,” said Hamilton, co-owner of Red Fox Cellars. “We’re not supported by Grand Junction, we’re supported by tourism. And we didn’t have any of that from March through May.”

The wine industry is delicate and requires diligence. Grapes are ready for harvest in the autumn, but rarely at the same time as the year before. If you wait too long to pick, your crop could suffer. And for about four months, there’s essentially no business. Given the short window of economic prosperity, any disruption can ruin a winery’s year, whether it be a grape freeze, a recession, or a global pandemic.

During the lucrative eight months, wineries rely on in-person tasting and festivals such as the Colorado Mountain Winefest to bring in the money to operate the next year comfortably. Liquor store sales, beyond the immediate area, aren’t strong enough to make up the losses.

That’s why wineries lean on Winefest and Fruita Fall Fest, both of which were canceled due to the COVID-19 pandemic. The weekend of Winefest, which was slated for Sept. 17-20, often brings thousands of dollars for local wineries. The festival’s status as one of the best of its kind in the nation — it was named the best wine festival in 2017 by USA Today — means the entire valley sees swaths of tourists flocking here every year.

Theresa High, owner of Colterris Winery in Palisade, doesn’t participate in Winefest but has still been hit hard by the pandemic. Colterris lost its entire peach crop because of an April freeze after losing about 80% of its grape crop to an October freeze. For two-and-a-half months, she said, their revenue was down about 75%.

“I think it could affect us gravely,” High said. “We’re starting our own events to make up for that lost revenue. I think we’ll make it, I have to stay positive.”

Though some wineries had a good July, the hurdles, including state restrictions on bars and wineries that limit how late they can be open, present a tough challenge to conquer.

“We’re going to need a lot of help to get us through November to February,” Hamilton said.

Hamilton said the grape freeze of 2019 was particularly devastating. Grapevines have three buds, Hamilton explained. The first hosts a large cluster of grapes. If that bud is lost, there’s a second one that hosts a smaller cluster. If that is also lost, there’s a third bud that won’t produce anything but, as long as it’s intact, the vine will survive. About 20% of Red Fox’s vines died above ground, meaning only the roots were alive and forced Hamilton to retrain the vines to grow properly.

“You put a piece of bamboo in and tape the vine around the bamboo so it grows properly,” Hamilton said.

Red Fox lost about half of last year’s grape crop, Hamilton said. He estimates that the vineyard’s harvest in autumn will be down about 40%.

Another looming threat is the upcoming grape harvest this year. Many wineries rely on migrant workers to pick the fields, but that option may not be viable depending on COVID-19 trends. High said that she had to turn most of her migrant workers away and doesn’t expect to be able to bring them back.

Nationally, agriculture workers are at an increased risk of contracting COVID-19 because of the job’s nature and their status as essential workers. For example, an investigation by PBS Frontline found that agriculture workers in Monterrey County in California were three times more likely to be infected than workers in other industries.

The autumn outlook is uncertain, but the good news is that July was successful for most wineries in the area.

“We’ve heard that sales are up around the valley,” said Cassidee Shull, executive director of the Colorado Association for Viticulture and Enology, or CAVE. “Colorado wineries are flexible. They’ve made it through freezes and crop loss. I don’t think a pandemic is very different.”

Most wineries agreed that July was their best month of 2020. No two wineries are alike, though, and some are more confident in their survival than others.

Garrett Portra took over as owner of Carlson Vineyards in 2015. He’s seen 2020 as an idle year for the business in which he’s had to roll with the punches.

He first heard about COVID-19 in the winter. Like most of America, he said, he was naive about its severity. After hiring a new full-time employee in February, he abruptly took down a second job posting in March, anticipating something big to happen. Not long after, Colorado’s economy began shutting down.

It was scary, he said. And because of the severity of the situation, Carlson began scaling back its business and preparing for the festivals to end.

“They wouldn’t close down the entire economy and then come back two weeks later and say, ‘Alright, you’re good to go,’” Portra said. “That was when we knew we couldn’t rely on Winefest. It was just a matter of time.”

While in the midst of the pandemic, the options for wineries to soften the blow of COVID’s initial strike are limited. Some are large enough to benefit from the Paycheck Protection Program. Portra and his wife were able to get six months of payments on their mortgage, for example.

But the lack of local support for wine hurts, Portra, High and Hamilton agreed.

“Colorado has received more recognition for its wine lately, but word hasn’t gotten out,” Hamilton said. “Places further east, like Glenwood and Denver, are tougher sells for us.”

If people were to buy more Colorado wine in the valley, then the wineries would thrive more. That’s one lesson winemakers hope people take from the pandemic.

“The best thing the public can do is support local wines,” Portra said. “This is a good time for all of us to reflect on how positive small businesses are to a community.”

Colterris, meanwhile, is hosting its own replacement for Winefest. “Colterris Wine Festivus,” inspired by the iconic holiday from “Seinfeld,” is a planned-five day event from Sept. 16-21.

Tickets will be sold to the public for wine tastings, wine dinners and outdoor concerts with a discounted price for members.

“I know about the grape freeze, I know about COVID, I know how scary this time is. But this is my dream,” High said. “And you have to stay positive when following your dream.”

The Daily Sentinel is looking at different agriculture industries and the impacts they've had to deal with this Spring and Summer. To find our earlier stories on the peach harvest or hemp industry visit gjsentinel.com.