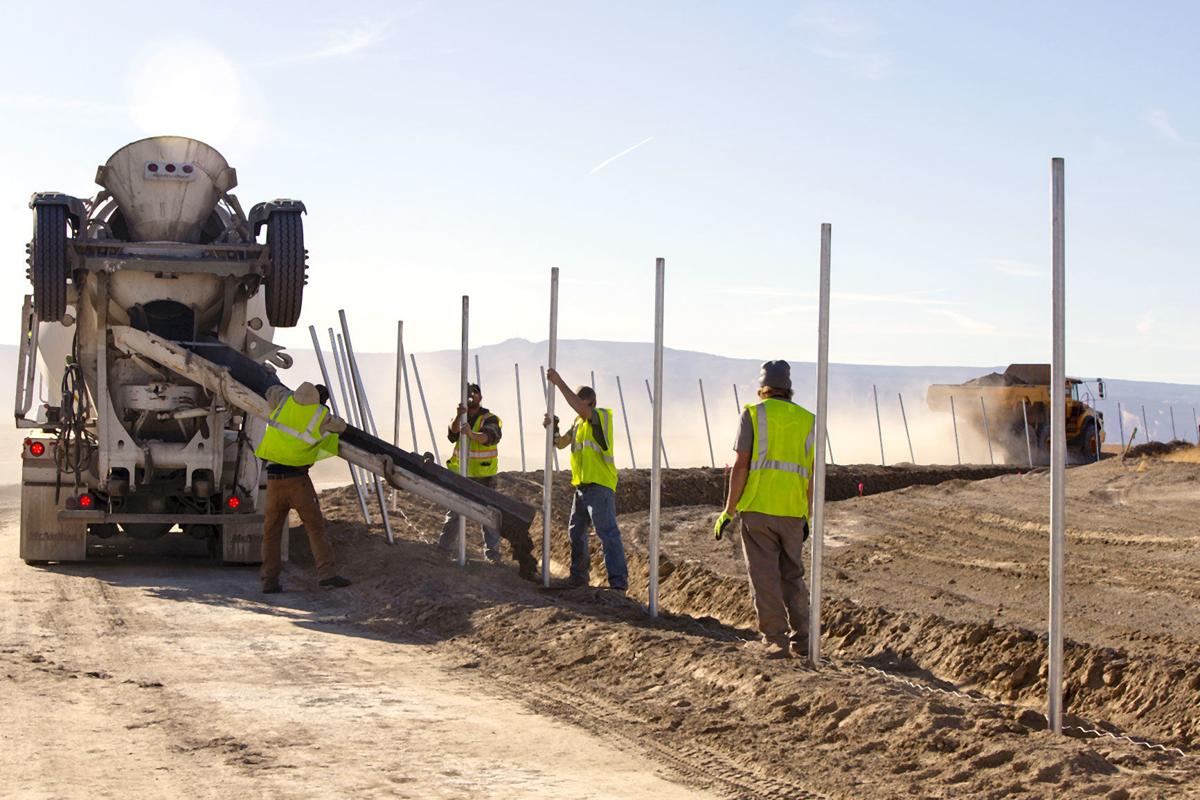 Valleywide Fence employees, contracted by Kirkland, pour cement at the base of the fencing around the new Grand Junction Airport runway that is currently under construction. “They’re making some progress,” he said. One piece of the effort, relocating a portion of 27¼ Road to move it out of the new runway’s protection zone, was recently completed in October. 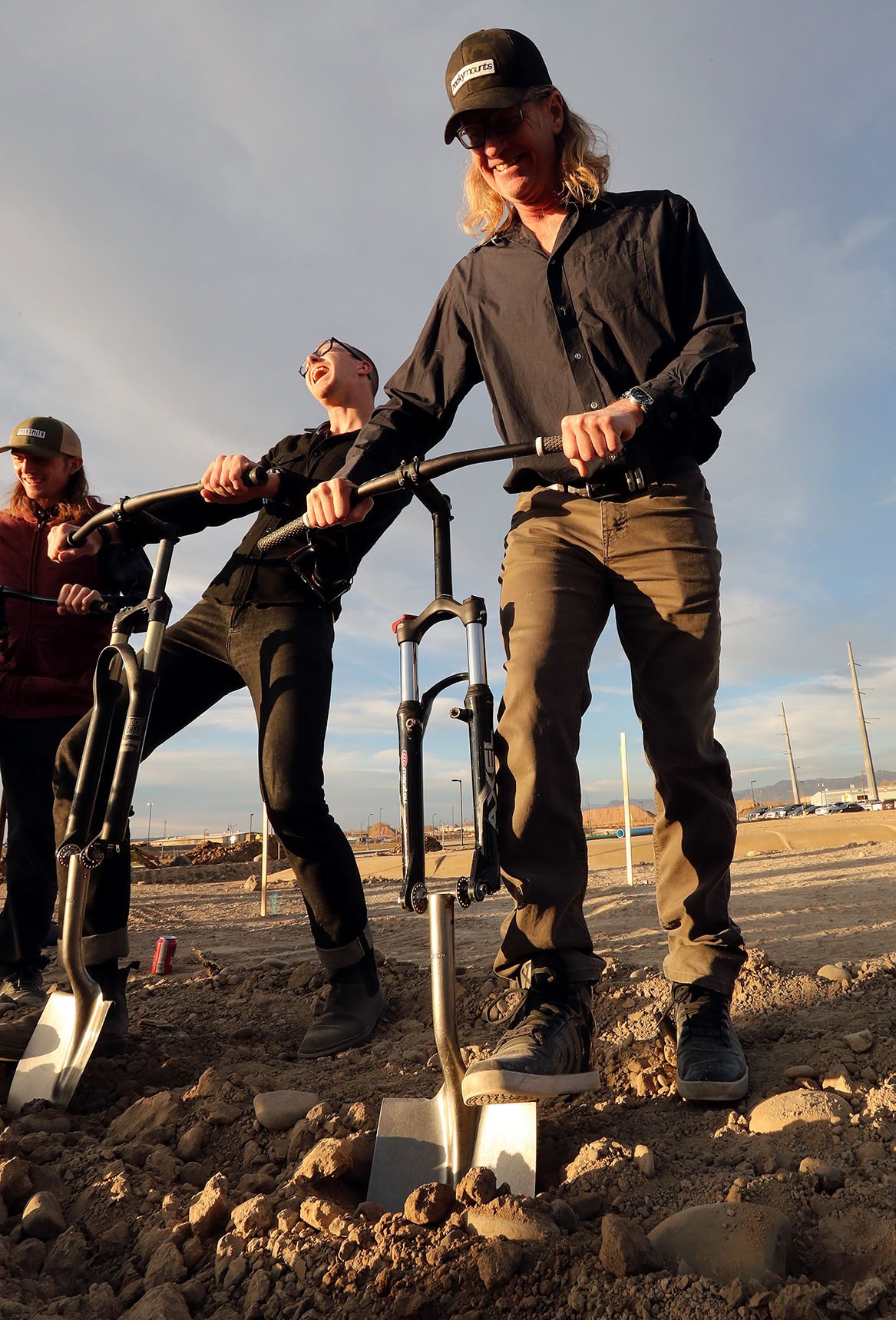 Rocky Mounts owner Bobby Noyes was the first to break ground in 2019 at Las Colonias.

Valleywide Fence employees, contracted by Kirkland, pour cement at the base of the fencing around the new Grand Junction Airport runway that is currently under construction. “They’re making some progress,” he said. One piece of the effort, relocating a portion of 27¼ Road to move it out of the new runway’s protection zone, was recently completed in October.

Rocky Mounts owner Bobby Noyes was the first to break ground in 2019 at Las Colonias.

It was a strong year for business in 2019 as economic indicators trended up most of the year and several large projects got underway that will continue into 2020 and beyond. The outlook also appears strong for 2020, according to area experts. Here are five things The Daily Sentinel will be looking forward to covering in 2020 in regards to business.

The state of real estate

Residential real estate had an interesting year as median home prices surpassed $250,000. Inventory continued to drop and building struggled to keep up with demand. There are some housing projects that should come to fruition in 2020, but it’s unclear if that will fully meet the needs of a growing community. Total home sales dropped in 2019 as median prices rose each month. How high those prices will go remains to be seen.

The Riverfront at Las Colonias business park cleared a major hurdle late in 2019 as voters approved 99-year leases at the site, up from 25-year leases. Grand Junction Economic Partnership Executive Director Robin Brown has said there is interest in the site among outdoor recreation businesses, but the leases were a sticking point. After the election, RockyMounts — which relocated to Grand Junction earlier in the year — almost immediately broke ground on their new headquarters. Anchor tenant Bonsai Design is slated to break ground on its new home in early 2020. But with the lease situation solved, how many outdoor recreation businesses will decide to move to the business park the city has so much invested in?

Up the road at Dos Rios, similar development questions hang in the air. Gondola repair and refurbishment business Sunshine Polishing has had a lot secured for more than two years now, but is still waiting to break ground. The business is currently operating out of the old Mesa Pawn building in downtown Grand Junction.

Development at the GJ Regional Airport

A lot happened in 2019 at the Grand Junction Regional Airport with a new seasonal flight to Chicago on United Airlines and trips to Mesa, Arizona on Allegiant Air kicking off. Now with money available to subsidize flights, the airport could see some new flights come online or at least announced. The likely candidates for destinations are on the West Coast. The airport also applied for a grant that would bring a flight to the San Francisco Bay area and an announcement could come any day now.

Around the airport, a renovation project wrapped up in the terminal and work continued on a runway project that is scheduled to finish in 2026. The airport board voted to demolish the semi-finished administration building. That should happen in early 2020.

Mesa County set an all-time low in unemployment for a month earlier this year dating back until at least 1980. Meanwhile, the county’s workforce continues to grow. Some data, such as gross domestic product and wage growth, tend to lag, so we should get a look at some late 2018 and early 2019 numbers next year. Experts say a slowdown is inevitable, but cannot say when.

It’s been nearly a year since the downtown City Market closed and the building remains vacant. City Market’s lease runs for roughly another year, but it’s possible another entity could take it in a sublease. Another grocer is unlikely, but something else could develop. A four-story office building at 734 Main St. is under construction and an eight-story building is planned next door.

The old StarTek building on South Seventh Street is under contract and an apartment complex is planned. These projects should move forward as well as others in the downtown area.

Over the next week, The Daily Sentinel will be previewing some of the top issues that we'll be covering in 2020.