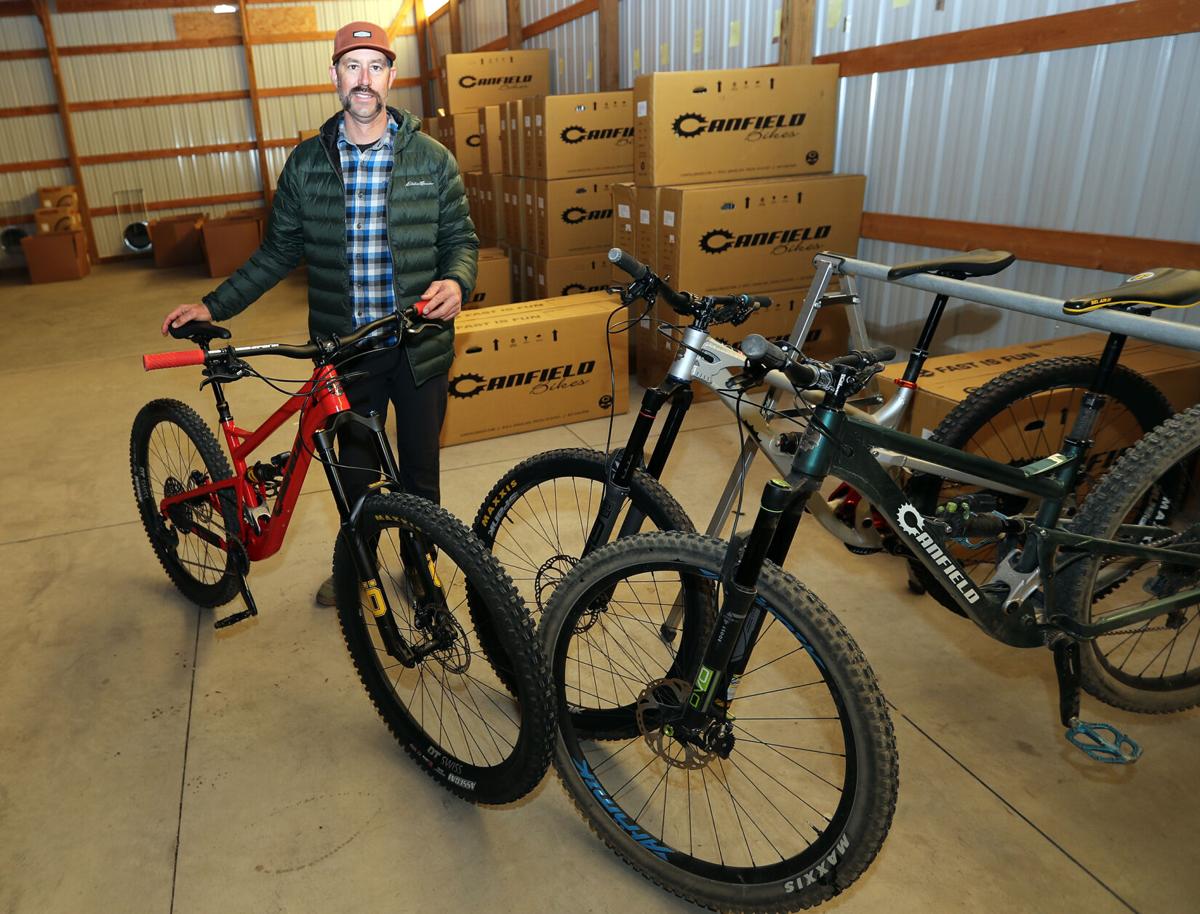 Lance Canfield, owner of Canfield Bikes, shows off some of the products in the warehouse in Fruita. 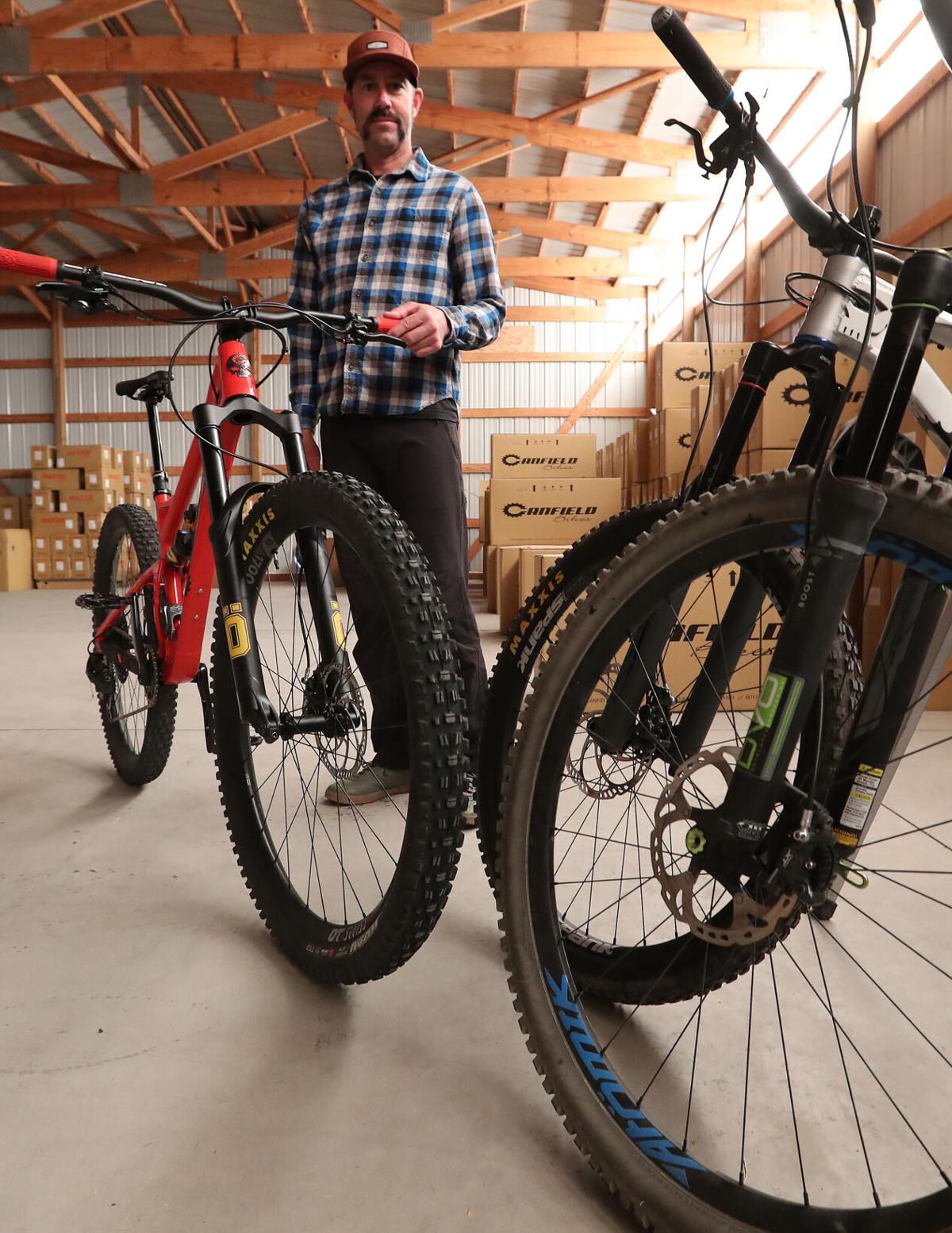 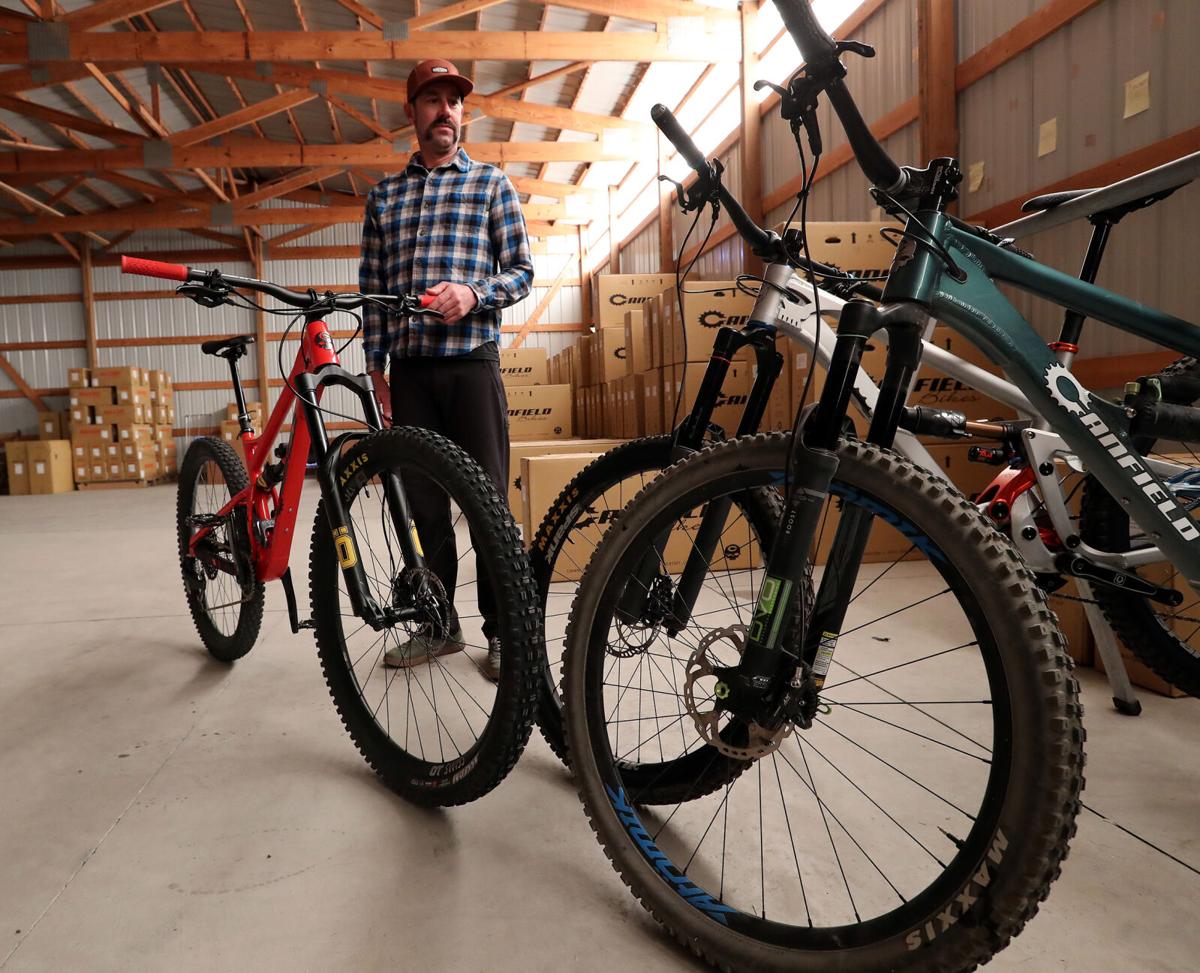 Lance Canfield, owner of Canfield Bikes, shows off some of the products in the warehouse in Fruita.

The economic vitality of Grand Junction and nearby cities have leaned heavily on the oil and natural gas industries in the past.

A boom on the those oil and natural gas fields meant more money in local’s pockets, but anything less meant hardship. It’s been this way for decades. Such was the case on May 2, 1982 — Black Sunday — when Exxon locked the gates ending its oil shale project in western Colorado that put more than 2,000 people out of work.

Robin Brown, executive director of the Grand Junction Economic Partnership, an organization that recruits businesses to the area, is one of many leading the effort to avoid that kind of dangerous dependency.

“As anybody knows, we’ve relied on extraction for over 100 years,” Brown said. “We like oil and gas, but we don’t want to feel the effects when it leaves.”

In order to diversify the economy, Brown and her staff at GJEP have reimagined which businesses would be a good fit in the area and which ones to bring to the Grand Valley, and how to accomplish that.

GJEP tries to focus on people who have some sort of connection to the area. The organization understands that if people haven’t heard of Grand Junction, they probably are not moving here.

It’s also a plus if the business fits in with the western Colorado lifestyle.

Canfield Bikes, at 616 E Grand Ave, is a business that fits perfectly into the Western Slope landscape.

The company has been producing its own bicycles and bicycle parts for the better part of 20 years. The company moved to Fruita in January after spending time in Washington and Utah.

Owner Lance Canfield had the area on his radar because he worked in Grand Junction in the early-2000s. Moving to Fruita was a no-brainer because of nearby amenities, Colorado Mesa University’s presence and the growth the Western Slope is seeing.

And of course, all the mountain biking in the area was another reason.

“It’s centrally located near the mountains and Moab, it’s perfect,” Canfield said. “It’s like a ski town for mountain biking.”

Canfield Chief Operations Officer Michelle Good, who grew up on the Front Range, said that GJEP made the company feel welcomed.

“We had other options but Grand Junction was a ton more engaged,” she said. “They bent over backwards for us during the process.”

Timberleaf Trailers, 507 Fruitvale Ct. Suite C, moved to Grand Junction from Denver in 2018. Kevin Molick, founder of the small camp trailer manufacturer, said that one of the biggest draws out west was the price of dirt. Land here is a fraction of what it is in Denver, he said, which is imperative to growing the business.

The move has paid off, even during the COVID-19 pandemic.

“The RV industry has grown massively. We’ve had almost a 400% growth this year,” Molick said. “Now we’ve more than doubled our space here. We’re building a custom shop near the airport.”

Not only was the move beneficial for the business, but for Molick’s lifestyle too. He much prefers short commutes free of congestion and a calmer rural life.

It’s not entirely rosey, for everyone though.

The pandemic has forced many businesses to adopt a work from home model for employees. That has led them to reassess where the business should be, often opting for place that emphasizes quality of life. Like a rural city with easy access to hiking, mountain biking and other outdoor amenities.

Brown’s biggest concern is, when the pandemic subsides, if the companies will revert to a pre-pandemic ideology.

For those who are new to the area, there have been some minor hiccups, too.

Canfield Bikes is now moving to a new warehouse in Fruita for production. Canfield and Good both mentioned that there weren’t a lot of great options for a warehouse space when they first made the move.

Meanwhile, Molick said that the area lacks quality restaurants when compared to Denver. It’s not a big gripe, and he understands why more restaurants haven’t opened in 2020.

Aside from those small bumps, the road has been smooth for both businesses.

Canfield and Molick anticipate a successful 2021 as the vaccine for COVID-19 rolls out. Both companies embrace the outdoors, so neither have seen a COVID slide.

Meanwhile, GJEP is continuing its embrace of various industries to strengthen Grand Junction’s economy long term. And their efforts have already yielded results.

“Third quarter 2019 was the first time that our economy grew while oil and gas didn’t. That industry will always be here but it is out of our control,” Brown said. “When one industry is hurting, we can still survive.”

“Third quarter 2019 was the first time that our economy grew while oil and gas didn’t. That industry will always be here but it is out of our control. When one industry is hurting, we can still survive.” — Robin Brown, GJEP