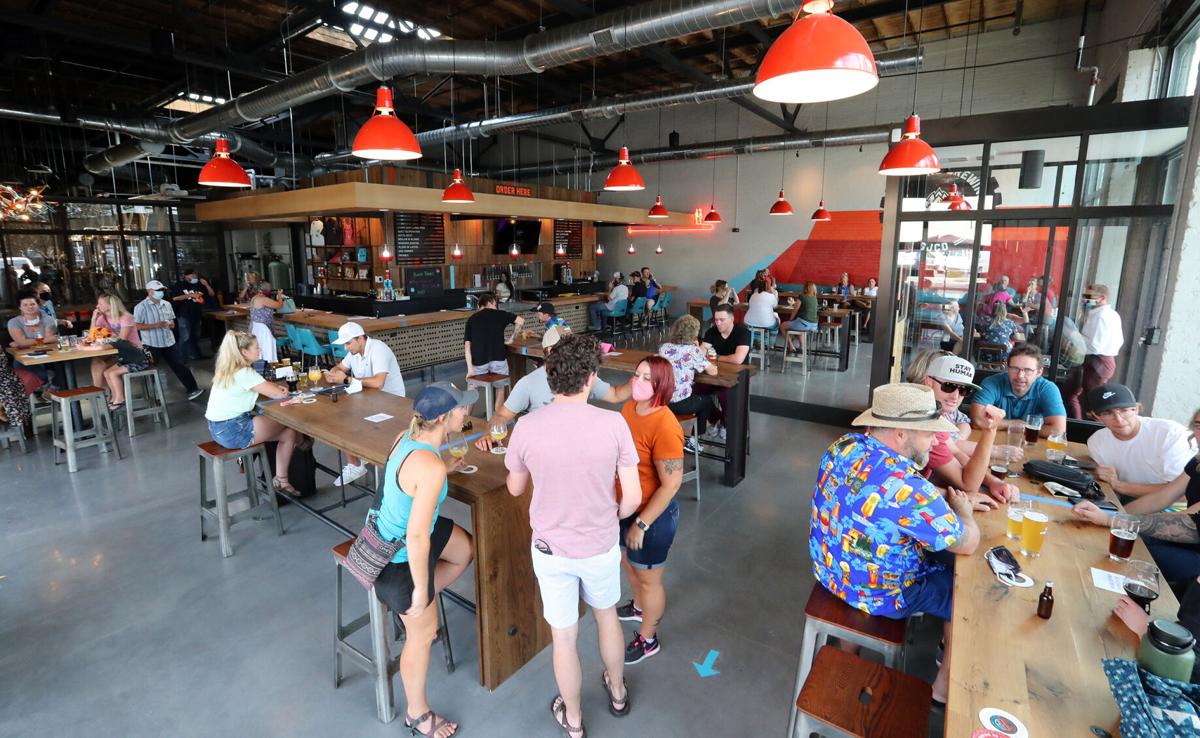 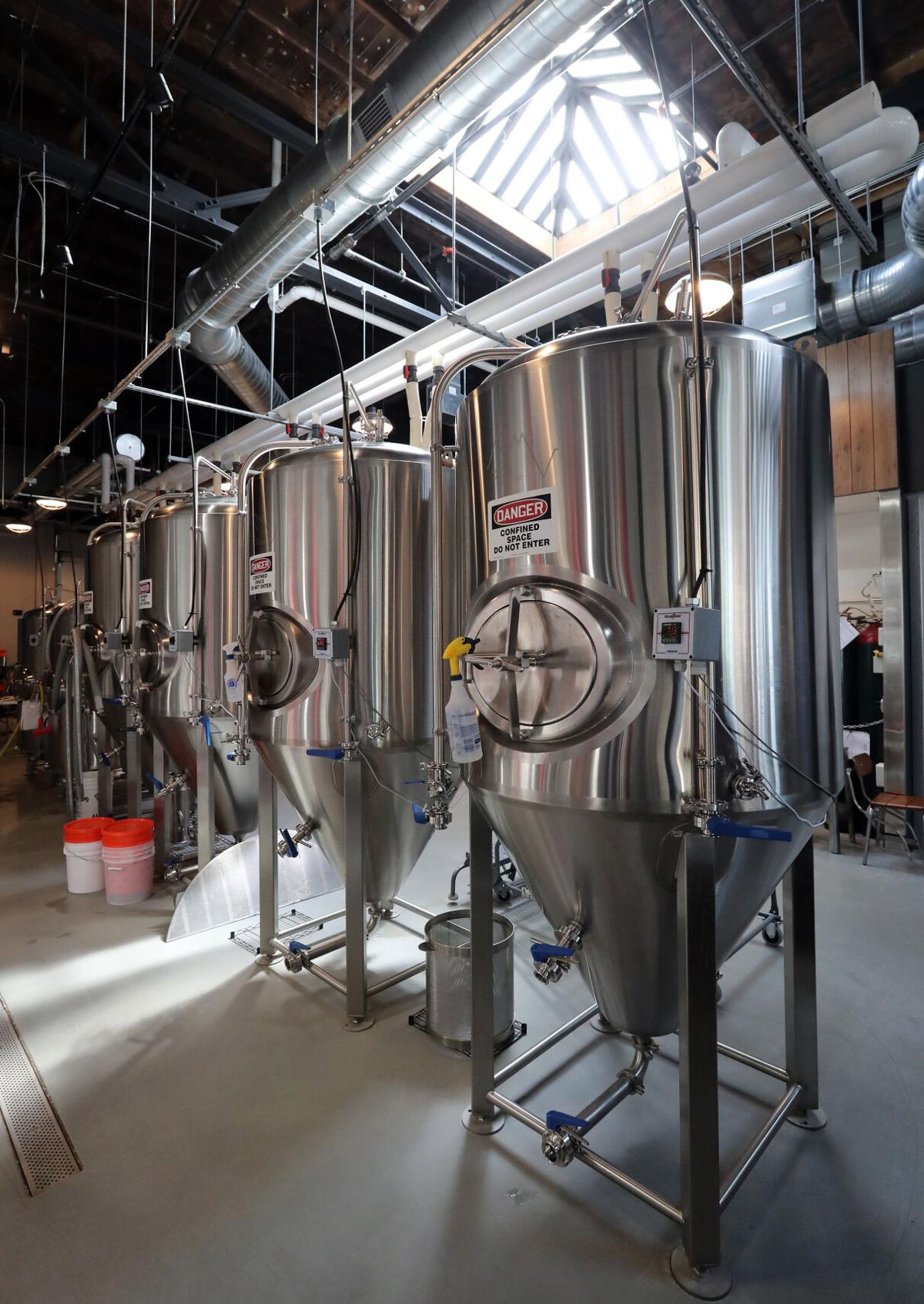 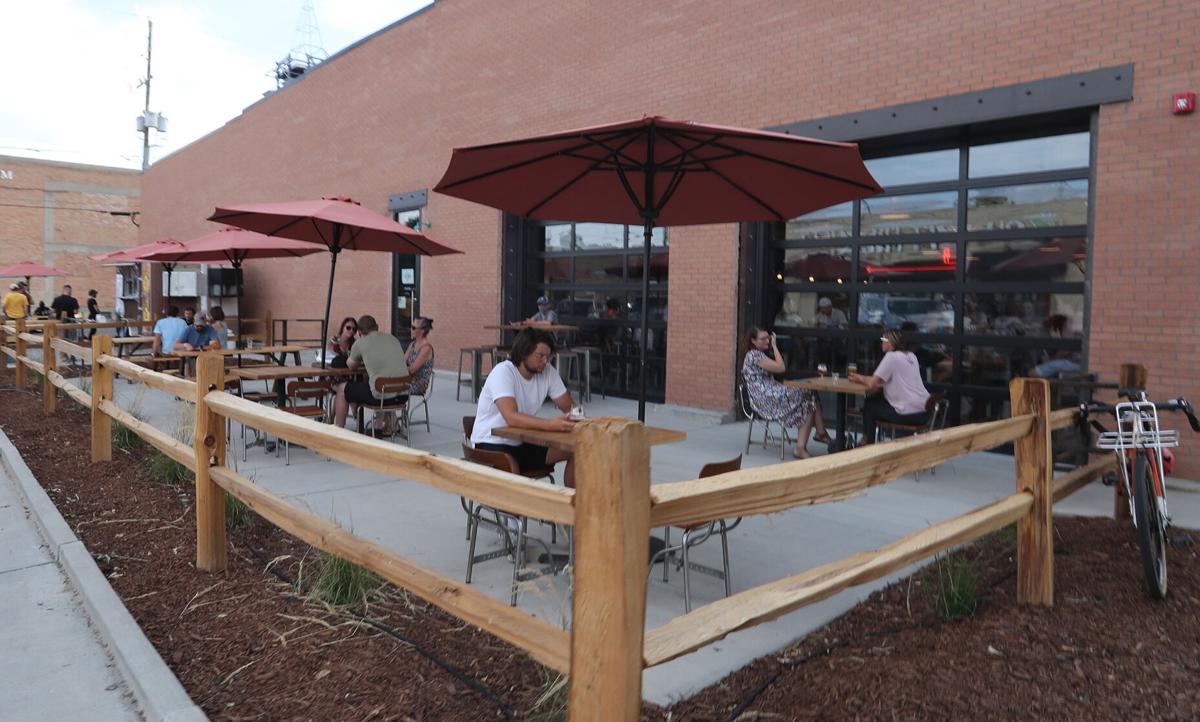 Ramblebine Brewing Co. opened July 24 at the corner of Fifth Street and Colorado Avenue, but the genesis of the business began about four years ago.

Eli Gerson, who grew up in Grand Junction, and his brother-in- law Rob James were drinking beers together when they hatched the idea to open their own brewery. They stressed over finding the right place along the Front Range but landed here in Grand Junction.

“I think Grand Junction has been underserved for breweries,” Gerson said. “It made sense to bring this idea back home.”

Gerson and James landed on a building from the early 20th century at 457 Colorado Ave., seeing the location as a way to capitalize on the brewery trend in Colorado in a downtown area lacking many.

The duo planned for a mid-June opening date, but then the COVID-19 pandemic hit the U.S.

“It was really scary,” Gerson said. “We didn’t know if we were going to be able to open to the public if we finished construction.”

On the outside, Ramblebine is identifiable by its sleek gray look and long line of thirsty people waiting for some drinks. Inside, the most memorable thing about the brewery is its beer, Gerson said.

Gerson first brewed with an at-home kit in 2008.

“The beer was terrible,” he said.

But science and art are one in the brewing process and that’s why he stuck with it, he said. Currently, Ramblebine is showcasing six in-house brews ranging from the dark, coffee-like Shadows Dancing to Living Free Living Easy, a light German Kolsch.