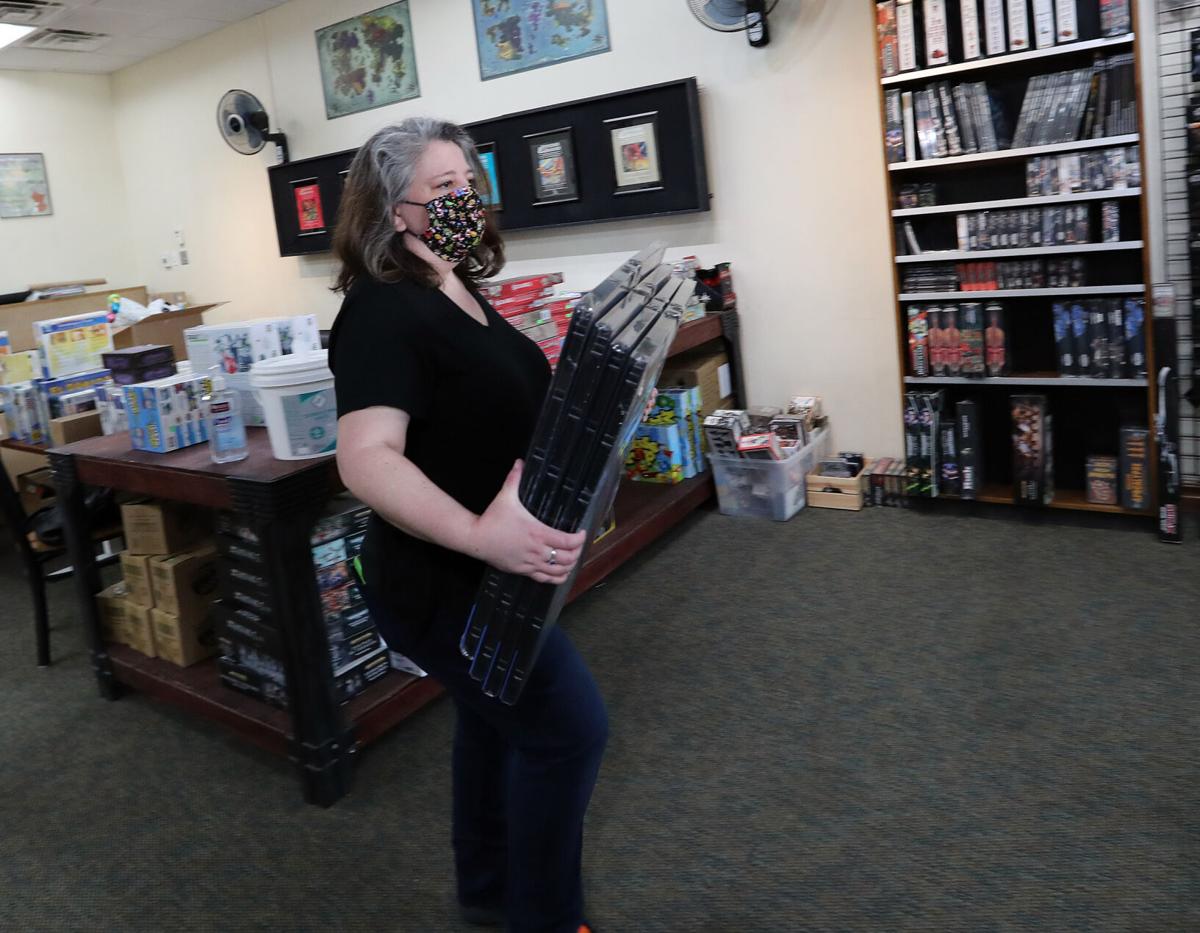 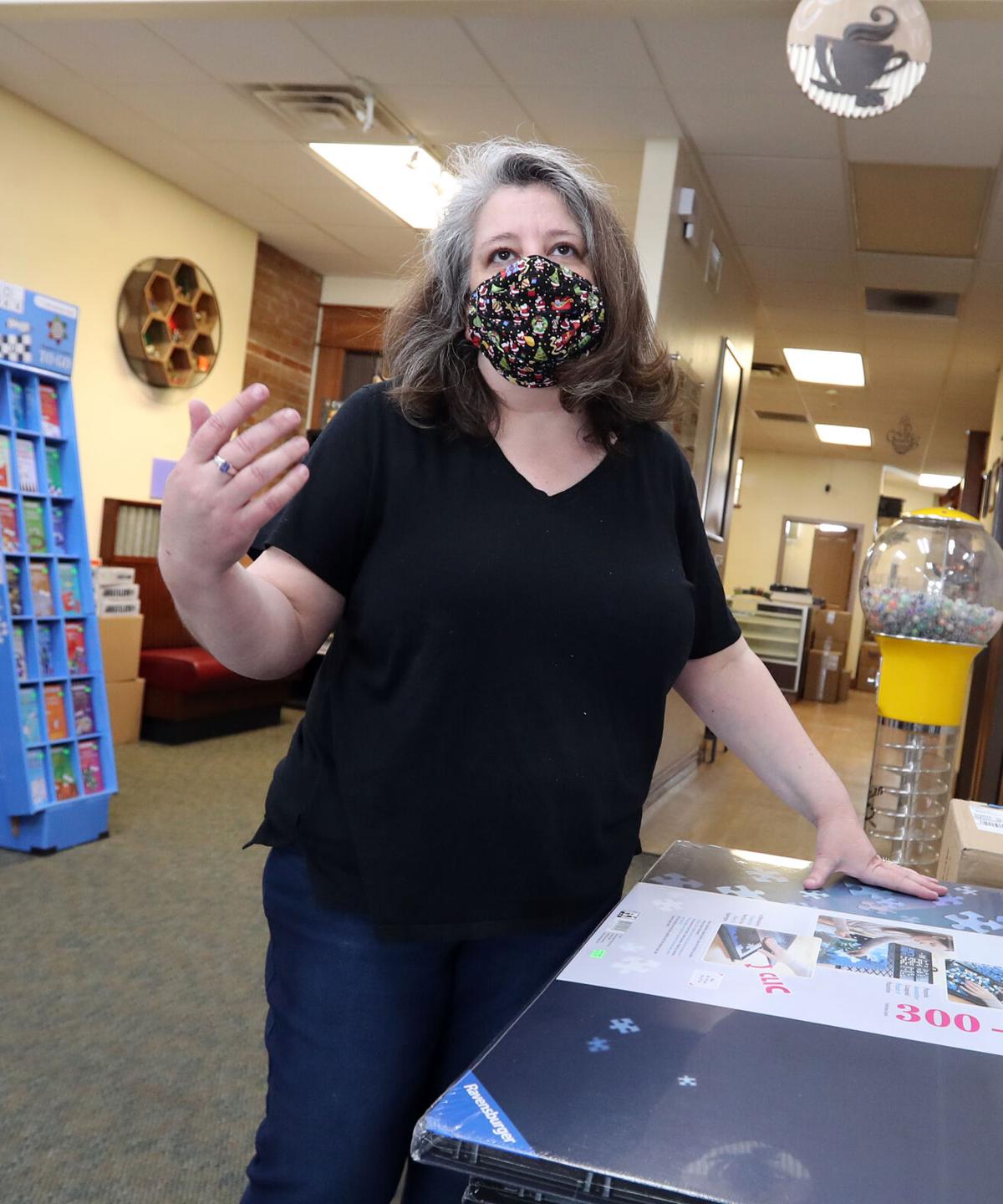 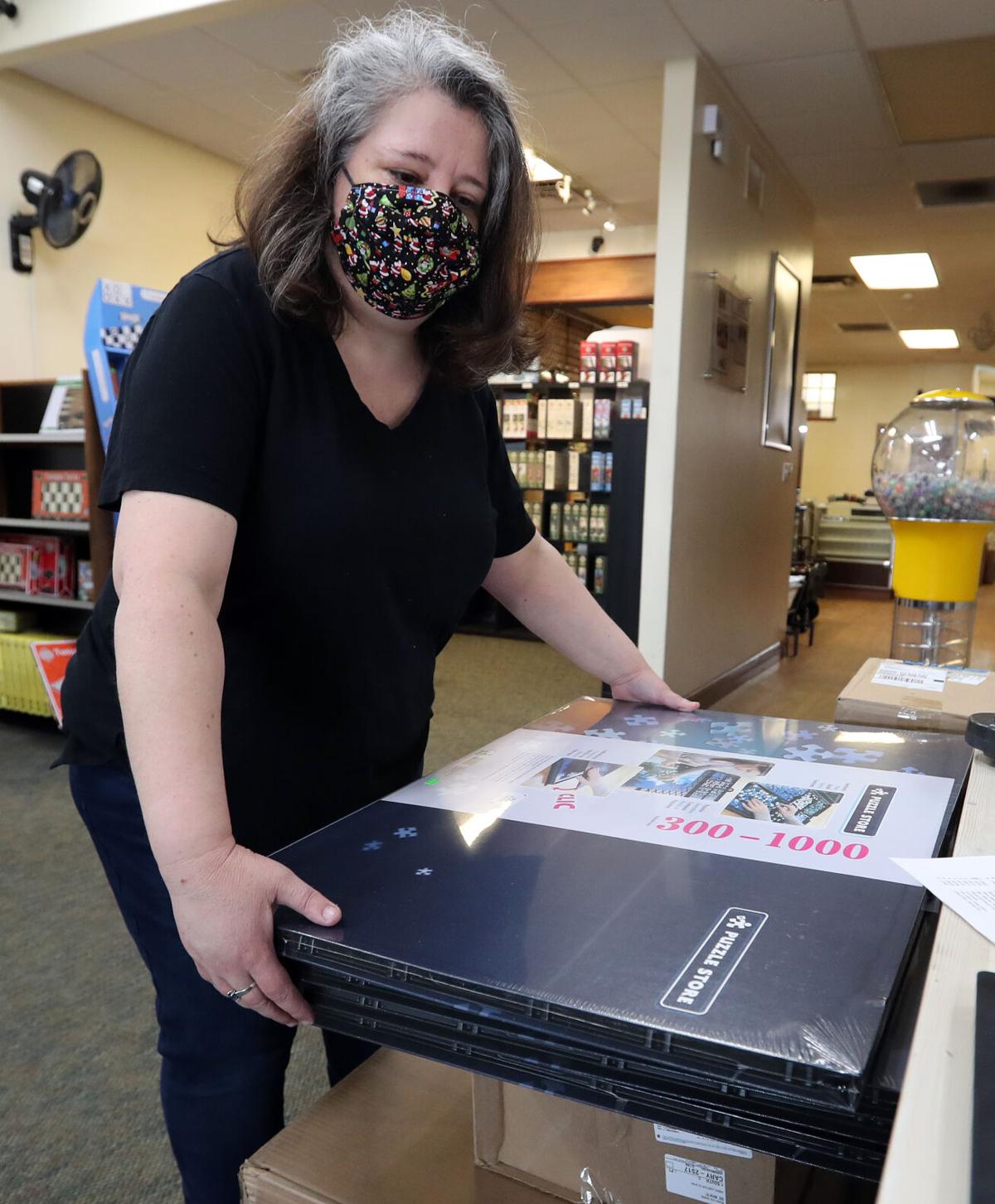 Trudi Wagner, owner of Board Fox Games, 623 Main St., says her store has been a hub for local people to play board and tabletop games, as well as buying those games to play at home. But the game room has effectively been shut down as capacity limits have tightened with the COVID-19 pandemic. She had to lay off her entire staff, and now she and her sons are running the business.

Trudi Wagner, owner of Board Fox Games, 623 Main St., says her store has been a hub for local people to play board and tabletop games, as well as buying those games to play at home. But the game room has effectively been shut down as capacity limits have tightened with the COVID-19 pandemic. She had to lay off her entire staff, and now she and her sons are running the business.

Before March 2020, Board Fox Games and Coffee, at 623 Main St., would host regular game nights. On Thursdays, you would see people deep in the throes of Pokémon card battles.

Then on Saturdays, you would find a group of total strangers braving fantastical badlands in Dungeons and Dragons.

No matter what night it was or what game was being played, Board Fox Games fostered a community gathering place. But as COVID-19 cases grew in Mesa County, those nights had to end.

“Once indoor capacity was limited at 25%, we took out the game tables,” owner Trudi Wagner said. “For a lot of customers, this is their social life. They’re struggling with depression because they have no social outlet, now. It was heartbreaking, but I had no other choice.”

Board Fox is a haven for everything in physical gaming culture. You can find the latest Magic The Gathering card packs, Star Wars tabletop campaigns and a slew of Dungeons and Dragons die sets. The goal is to unplug, step away from the screens and have meaningful human interaction, Wagner said.

She was in a tough situation from the start of the COVID-19 pandemic. When Colorado went into a stay-at-home order, the business closed. She could have opted for curbside pickup, but she erred on the side of caution to avoid pushing the boundaries of public health orders.

However, this meant that she couldn’t capitalize on people being stuck indoors and looking for board games to buy for the lockdown.

“In hindsight, we could have done curbside a lot safer than other stores,” she said.

Wagner had to lay off her entire staff because of the pandemic. Now she and her sons run the business.

Wagner renovated the gaming area, which used to occupy the back half of the store.

Now, shelves are spread out throughout the entire store to make social distancing easier. This helped Board Fox receive a five-star certification from the Mesa County Variance Protection Program, a collaboration between the Grand Junction Area Chamber of Commerce and Mesa County Public Health.

Board Fox has also taken fewer risks when ordering new or unique products as a cost-saving measure. She’s seen customers buying puzzles and chess sets more often than other items. The former is a great time waster, she said, and the latter has renewed interest because of the Netflix series “The Queen’s Gambit.”

Overall, Wagner estimates that business was down 28% in 2020.

Other toy and hobby businesses have had an easier time staying afloat.

At Hobby Hut you can find everything needed to build and paint a model rocket or purchase an RC model truck.

While it’s a niche interest, Neilsen’s wares have attracted new customers during the pandemic.

“People aren’t traveling as much, so they’re looking for stuff to do,” he said. “We’ll see customers who are picking up hobbies again for the first time since they were a kid.”

The biggest issue for Hobby Hut has been filling its shelves.

There have been massive delays in product shipments arriving, Neilsen said, whether it be paint brushes or models.

“The products will arrive later than usual or not at all,” he said. “Or I’ll order a dozen sets and only get two.”

Neilsen said that receiving the first round of the Paycheck Protection Program helped Hobby Hut stay afloat, and he won’t be applying for the second round.

Both he and Wagner said that the community has stepped up to support their businesses. Because of that, Wagner and her family have tried giving back to the community.

For Small Business Saturday in late-November, Board Fox was asking customers to round up or add money to their purchases. Once that fund reached $1,000, Wagner and her family would go to a local restaurant and give the server all of the money for a tip.

They raised $1,600 and had customers vote for which restaurant the family would go to.

Because of a close vote, they split the pool between one server at 626 on Rood, and two others at Goat & Clover

“The server at my husband’s table was pregnant and due in three weeks, so we all put in some more money to tip her $600,” Wagner said. “She was in total disbelief.”

Wagner hopes that anecdotes like that can remind the community how important it is to come together and help local businesses. It’s unfortunate that it took a pandemic for people to start keeping their money local, she said, but she’s still grateful for the support.

And maybe the pandemic is waning so the game nights can return.

“Those nights are amazing. People begin them as total strangers and end them as friends, it’s wonderful to see.” she said. “We’re going to bring those back as soon as we can do it safely. We’re going to take our cue from the health department on that. Right now, I’m slowly making room for the tables.”