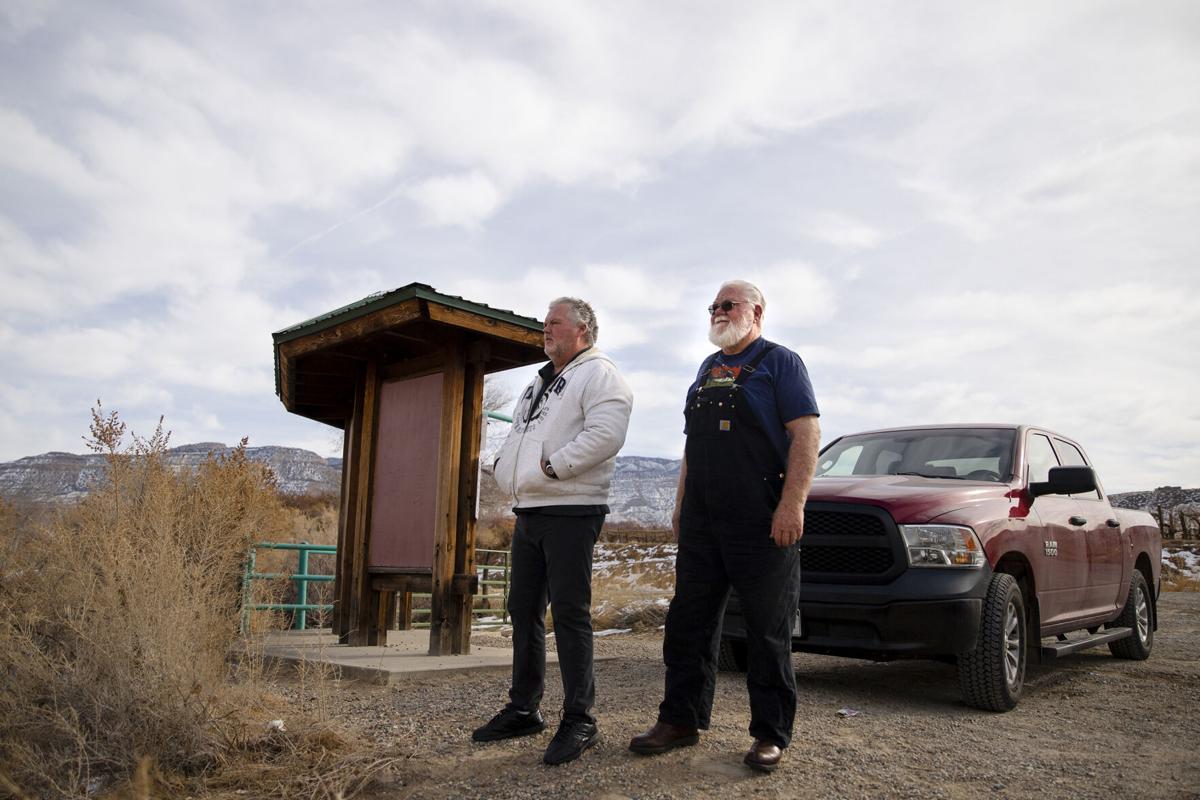 John Butrum, right, shows his brother, Nathan, the view from the Tilman Bishop State Wildlife Area in Palisade on Wednesday. 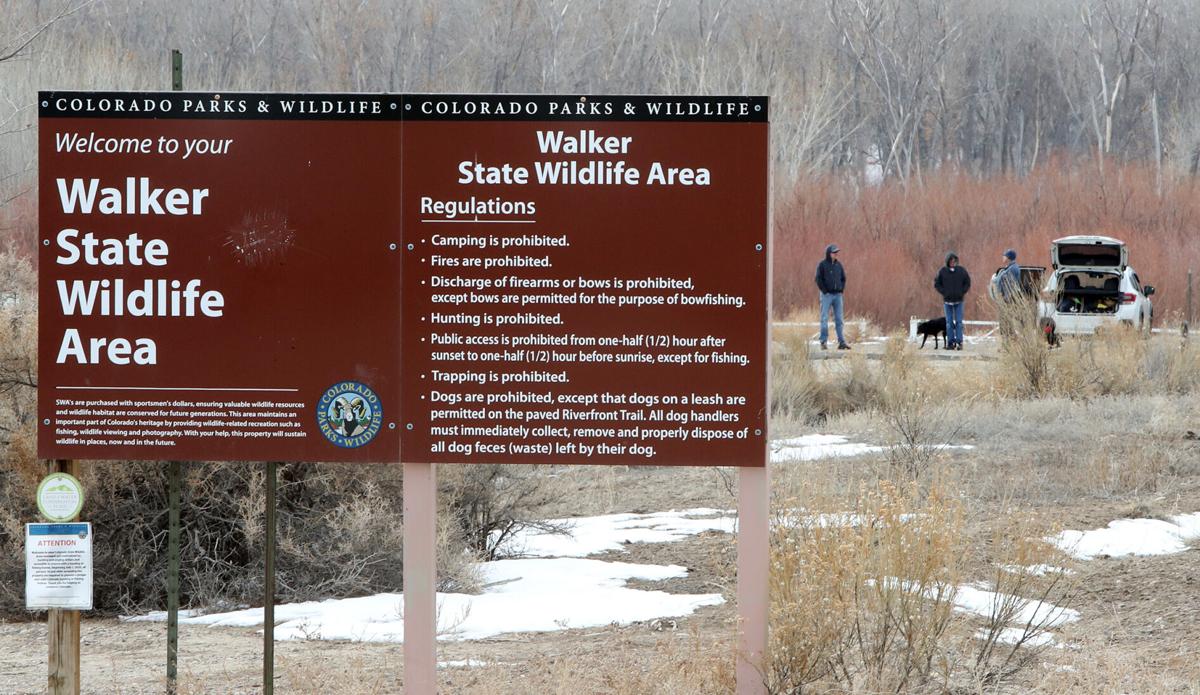 Walker State Wildlife Area, a popular hiking and biking spot in the Grand Valley, is one of the hundreds of wildlife areas across Colorado that would be impacted by a user fee under consideration by the Colorado Parks and Wildlife Commission. 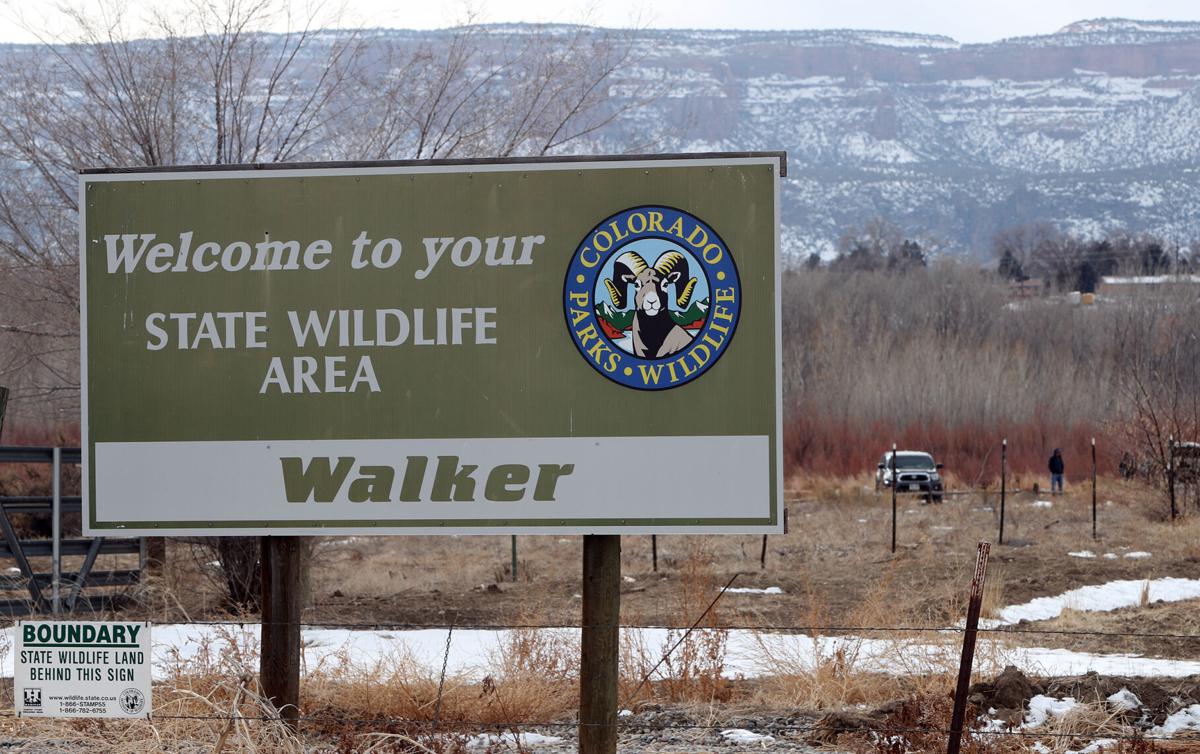 John Butrum, right, shows his brother, Nathan, the view from the Tilman Bishop State Wildlife Area in Palisade on Wednesday.

Walker State Wildlife Area, a popular hiking and biking spot in the Grand Valley, is one of the hundreds of wildlife areas across Colorado that would be impacted by a user fee under consideration by the Colorado Parks and Wildlife Commission.

The Colorado Parks and Wildlife Commission in March will consider a proposal to create a new state wildlife area annual pass costing $46.48.

The commission also will be considering a daily pass in the $8 to $9 range, consistent with what is charged at state parks.

The proposals come after CPW last year began requiring that people 18 or over possess a hunting or fishing license to enter state wildlife areas or trust lands. The agency took the step because state wildlife areas were bought using hunting and fishing dollars to conserve wildlife habitat and provide wildlife-related recreation, but are seeing increased use and impacts by people who don’t hunt or fish.

The policy has had ramifications at places such as the popular Loma Boat Launch State Wildlife Area, a popular boating put-in point on the Colorado River in Mesa County. It has meant that people wanting to access that and other state wildlife areas and trust lands have to choose from options such as buying an annual adult fishing license for about $35, an annual small game license for about $30, or day licenses that are about $14 a day. Those between 18 and 64 also need a habitat stamp costing more than $10 to buy an annual hunting or fishing license.

The new requirement has drawn some opposition in part due to cost concerns, but also because it requires people who may not support hunting or fishing to buy a hunting or fishing license to access the affected lands, when they might rather financially support the lands in some other way.

In addition, the purchase of such licenses requires applicants to provide Social Security numbers, creating concern among some CPW commissioners that access to wildlife areas is now off-limits to some residents.

“From my perspective, we want to get something approved as quickly as possible so we’re not unintentionally keeping people from getting outside,” Commissioner Eden Vardy said Wednesday.

CPW decided to explore the creation of a new type of pass after getting assurance from the U.S. Fish and Wildlife Service that a wildlife-area access pass specific to people who don’t hunt and fish wouldn’t jeopardize Colorado’s receipt of federal dollars that states get for wildlife management and restoration and come from a tax on sporting arms and ammunition.

CPW’s new proposal is based on a recommendation by a working group of CPW staff and diverse stakeholders, slightly modified by agency staff. The work group’s recommendation would have cost $46.75.

Julie Mach, conservation director for the Colorado Mountain Club and a member of the work group, told the CPW commission Wednesday that she would like the habitat stamp purchase to be optional. She said the concern from the recreation standpoint is that the uses of habitat stamp funds are often exclusive to hunting and fishing opportunities, “so folks just may have some hesitancy around paying that.”

She also asked that CPW consider a temporary exemption for a pass or license requirement for some 30 sites, such as ones with community trails going through them and ones with boating access complications, until CPW can move to a second phase in which the agency plans to look at site-specific issues regarding recreation use of wildlife and trust lands. Some recreation groups last year had sought unsuccessfully to get a 90-day pause on the license requirement to allow for more input and consideration.

Mach told The Daily Sentinel that Loma is on the list of sites her group wants temporarily exempted from the pass or license requirement.

“We know it’s a super-important boat launch. Like, ‘boat launch’ is literally in the name of the state wildlife area,” Mach said.

She said she thinks an overall change needs to be considered for how recreation is managed at the Loma site.

“We don’t think that a fee is an appropriate way to manage the type of recreation that has been developed there,” she said. “To just come in and put a fee on it doesn’t actually resolve the issue.”

CPW’s second phase of discussion about wildlife areas could result in new restrictions on recreational use at some sites to reduce recreational pressures and protect wildlife and hunting and fishing uses.

Betsy Blecha, an eastern Colorado sportsperson and CPW commissioner, said Wednesday that state wildlife areas are some of the few public lands in eastern Colorado, and she worries their original intent of hunting and fishing may be lost.

“We don’t have other places to go in the event that happens,” said Blecha, who said she would like to keep some properties reserved for hunting and fishing only.

CPW is forecasting that it might sell about 6,000 annual wildlife area passes a year, generating about $270,000 toward the $7.5 million annual cost of maintaining state wildlife areas.

CPW’s proposed new wildlife pass would apply to those 16 and over, as opposed to 18 and over currently, to better correspond to other CPW youth license and pass options, Krista Heiner, CPW’s regulations manager, told the commission. There would be discounted prices for those ages 16 and 17, seniors and low-income residents, however.