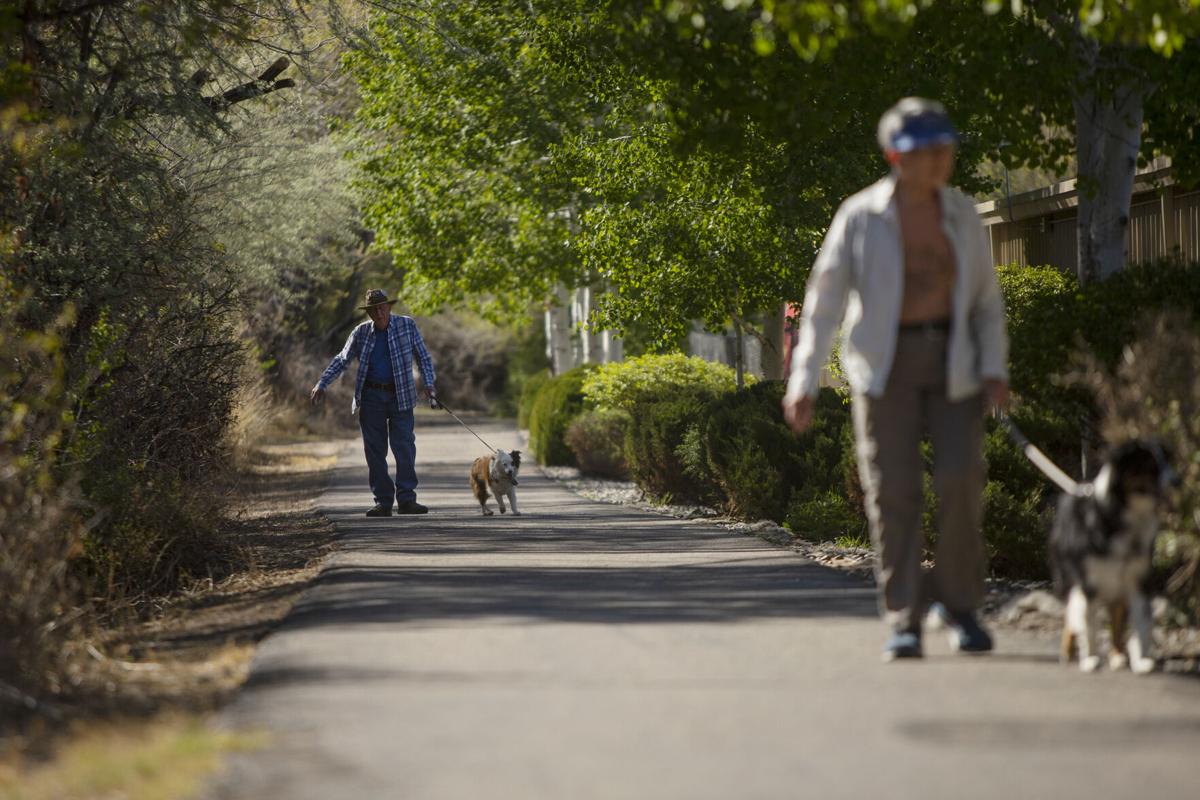 Tom Radinsky, left, walks his dog Thursday down the Audubon Trail. Trail and bike path improvements are one area identified for city improvements. 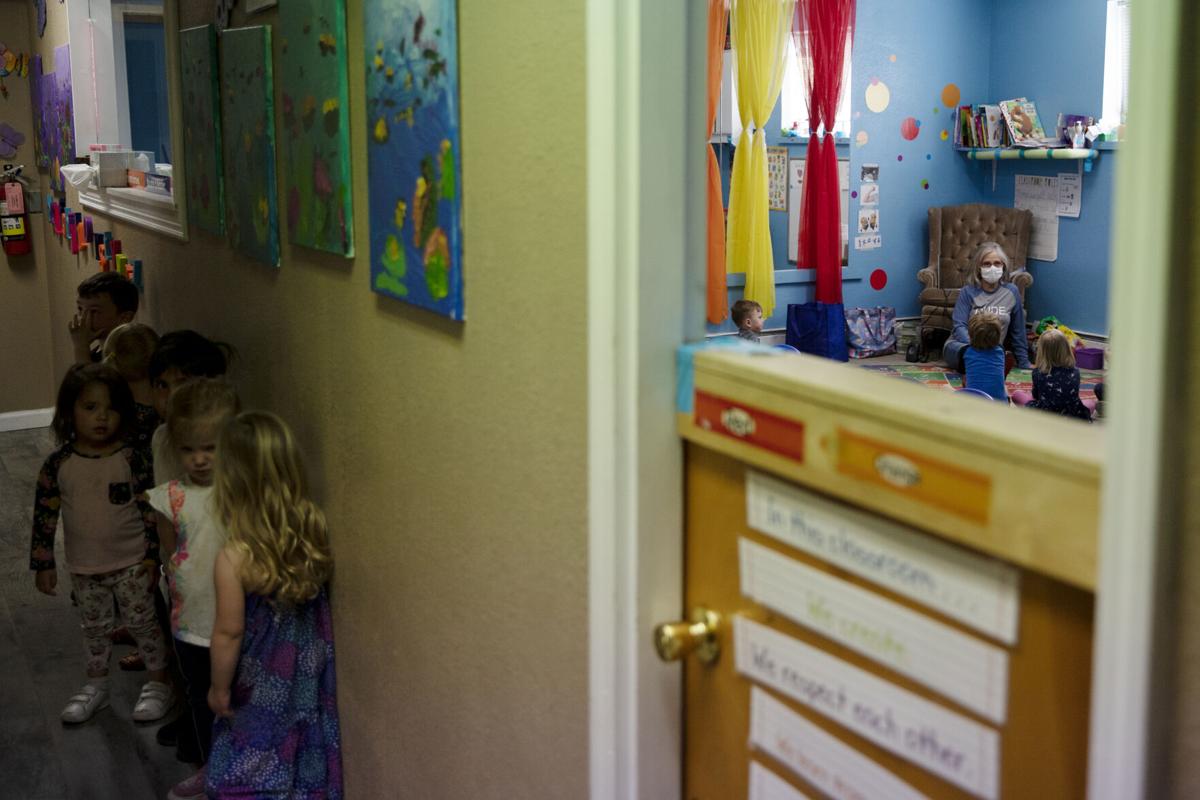 Tom Radinsky, left, walks his dog Thursday down the Audubon Trail. Trail and bike path improvements are one area identified for city improvements.

A new Grand Junction City Council will be sworn in Monday, kicking off the typical process of long-range planning but with an unusual twist not afforded most councils — millions of unspoken for dollars to spend and potentially more on the way.

In 2020, the city cut expenses significantly in anticipation that its sales tax collections would be down due to the COVID-19 pandemic. Taxes dipped slightly, but not by as much as feared and the city added to its reserves. This year it is also collecting more sales tax than it budgeted for and the city expects to end the year with around $32 million in reserves — about $12 million more than it is required to have.

The confluence of a new council and millions available for spending has city leaders taking a closer look at the best way to use those dollars. Council members will likely spend the next several weeks fielding input from leaders in the economic and nonprofit world and considering everything from a long-sought interchange project to trails and pickleball courts.

With all the federal money allocated to the area and with the potential for additional federal funds coming from an infrastructure bill that’s being bandied about in Congress, Grand Junction Economic Partnership Executive Director Robin Brown said it has the community thinking about projects it could fund.

Rick Taggart was re-elected to the City Council earlier this month and is serving on a committee to select a consultant that will help the council develop its strategic plan. Though it may sound tedious, that plan will lay out the council’s priorities and inform how the city develops its budget.

“What we do is set the priorities for the next two years,” Taggart said. “Those priorities will then spill over into the annual planning and annual budgets so that things are in alignment so to speak. So staff and Council are headed in the same direction and the priorities are the same and the investments are the same.”

This process takes place every two years following a municipal election and acts as a bridge between the comprehensive plan, which covers a 10- year timeframe and the annual budget, which allocates funds based in part on the strategic plan priorities.

“Everybody, Council Members and senior staff, will put in their individual insight in terms of what those priorities are and then they will get ranked in the end,” Taggart said. “Usually it comes down to four or five major priorities over the next two years.”

Those four or five priorities chosen by the Council are likely to be the big ticket items for city spending and cover a broad range of projects like infrastructure or economic development. Once they are chosen, staff and the consultant work to develop strategies and investments that support those goals with Council’s approval, Taggart said.

Taggart said both the excess reserves and federal funds need to be kept in the Council Members’ minds as they are discussing the strategic plan. He has proposed a public committee that would help prioritize uses for the federal funds, which he envisions would happen simultaneously with the strategic planning process.

Brown, with Grand Junction Economic Partnership, said the Economic Development First Responders — a group including the city, as well as the county, other municipalities, Colorado Mesa University and others — has already done work to prioritize some projects in the area.

“The Economic Development First Responders group got together and discussed priorities,” Brown said. “Last summer, in anticipation of an infrastructure bill, we worked together and we created the 20 for 20 list. It was 20 shovel ready infrastructure projects that, should funding become available, are our priorities.”

That list was updated in 2021, Brown said, and one of the top priorities was a new interchange from Interstate 70 at 29 Road, which is a joint project of the city, county and Colorado Department of Transportation.

The project has been long identified as needed to spur further economic development in the region but there are other organizations who see it as vital. Grand Junction Regional Airport Executive Director Angela Padalecki said that project would have the most direct impact on the airport.

“When it comes down to specific projects, I think the 29 Road interchange project impacts the airport much more directly because our property line goes right up to where that interchange comes about,” Padalecki said. “When we think very long term from a planning perspective, it offers a lot of opportunities for alternative access to the airport and around the airport.”

While the 29 Road project would be impactful, Padalecki said any projects that lead to growth in the city would be beneficial to the airport.

Childcare facilities are one area Brown said she was excited to see potential funding going toward. She said the proposed federal infrastructure bill could provide that funding, but that it is a problem in Grand Junction that would be good to address.

“I expect we’ll see money earmarked for childcare facilities and that is super important to us,” Brown said. “I don’t know what that looks like or who builds the childcare facility, but I know that child care is being addressed in the infrastructure bill. It’s an issue of shortage across the U.S., but it’s also an enormous shortage in Mesa County.”

The recently adopted Parks, Recreation and Open Space Master Plan also lays out some shorter-term priorities like renovation of the Blue Heron Boat Ramp, parking at Lincoln Park and pickleball court improvements, as well as Canyon View tennis court improvements. Orchard Mesa Pool, which needs more than $2 million in renovations, has also been discussed in the past.

While the city parks system will certainly be discussed as a target for some of the extra dollars, there’s already a looming funding source set aside to support that. The city will be implementing rules that allow marijuana businesses to operate, raising even more funds. That money is slated to go toward the top priorities of the PROS Master Plan like a new community center. That funding could be as much as $2.9 million a year.

There are also road improvements that could be looked at by the city. In the Economic Development First Responders list the city put upgrades to 24 ½ Road and F ½ Road as shovel ready projects.

Downtown Development Authority Executive Director Brandon Stam said there might be an opportunity to partner with the city on potential changes to Fourth Street and Fifth Street as well.

Earlier this year the City Council chose to invest some of its reserves into acquiring a property at the corner of Fourth Street and Ute Avenue, which it gave Grand Valley Catholic Outreach to develop housing for the homeless. Catholic Outreach Director of Development and Communication Beverly Lampley said they are working with the city and other nonprofits to determine needs for the homeless community.

“Right now we’re meeting trying to put together a cohesive plan for serving the homeless needs and the underserved,” Lampley said. “I think that we’ll certainly be working collaboratively with the city on that.”

Whatever projects end up being chosen to tackle in the next two years, incoming Council Member Randall Reitz said having a plan and a vision that the City Council can use as it makes those decisions is critical to its success.

“A very clear and anchored strategic plan is essential,” Reitz said. “If you don’t know where you are going, you’ll go off wherever you want to on that day. So I think it’s vital that we have a two year strategic plan.”