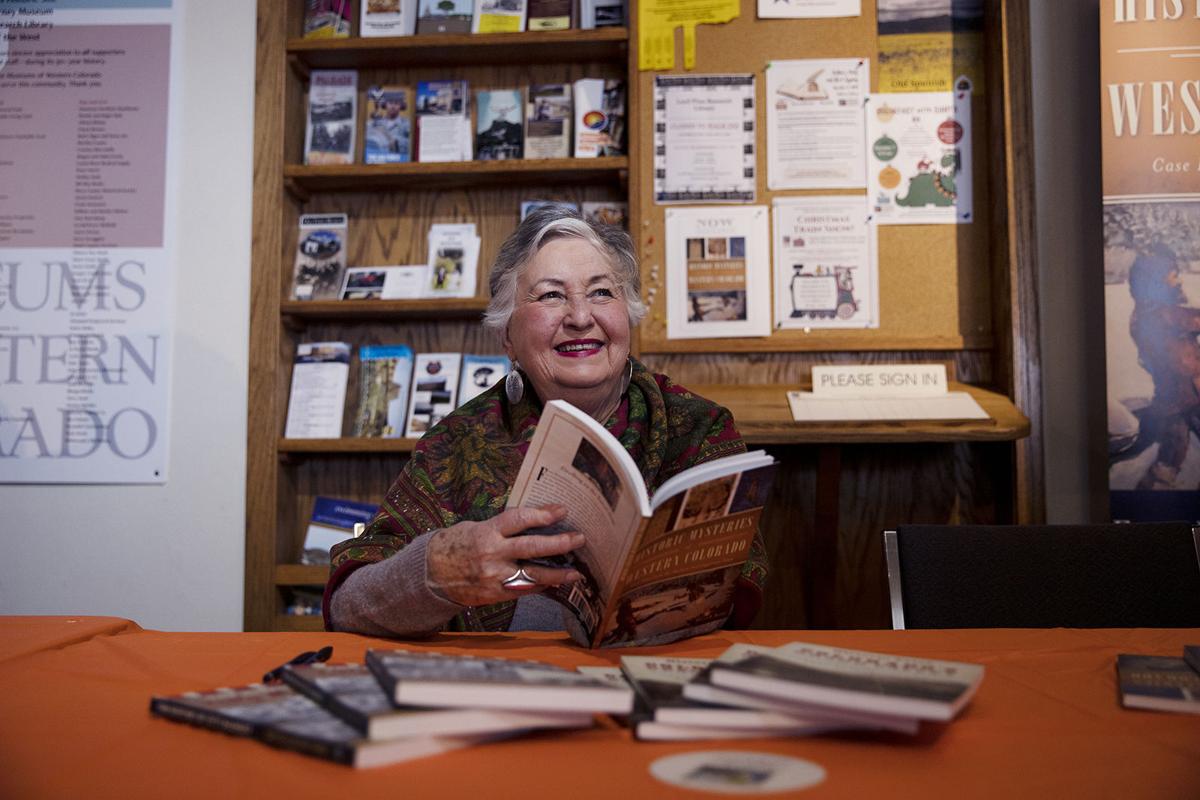 Kate Rutland-Thorne looks through a book called Historic Mysteries of Western Colorado during the annual Author’s Party at the Museum of the West located at 462 Ute Ave. on Nov. 9. 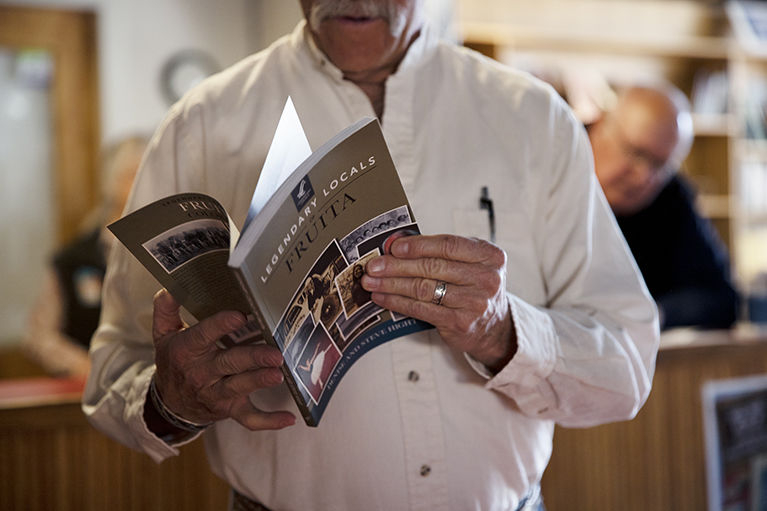 Kate Rutland-Thorne looks through a book called Historic Mysteries of Western Colorado during the annual Author’s Party at the Museum of the West located at 462 Ute Ave. on Nov. 9.

More than a dozen local authors milled about in the lobby of the Museum of the West on Saturday morning talking shop with their literary peers.

The authors were taking part in the annual Author's Party at the museum, which brings together authors from western Colorado to sign books and speak to visitors for the day. Museum of the West Curator of History David Bailey organizes the event and is an author himself.

"It's a fun event because not only can you get the books, but you can actually talk to the author about their motivations and insights into why they wrote it," Bailey said. "They have a lot of side stories about the chapters in their books."

Bailey's new book, which is about historic mysteries of western Colorado, ties in with some of the museum's exhibits, including one about Alferd G. Packer, also known as "The Colorado Cannibal."

Bailey said each year they get a different mix of authors, some writing nonfiction, some writing fiction. This year included several that focused their work on different aspects of local history.

Kate Ruland-Thorne has written two books about Western Slope history and said topics from dinosaurs to native civilizations to the outlaws that called this place home make this an interesting area to write about. Sharing that history was one of the reasons she likes the event.

"You get to expose yourself to other authors that are worth knowing, and you get to meet new people that are interested in your book that maybe didn't know about it before," Ruland-Thorne said. "So it's great exposure."

Curtis Martin, an archeology teacher at Colorado Mesa University, has studied sites from the Ute Indians and relays his discoveries in his book, he said.

Martin, who has attended the event for the past five years, said he enjoys talking to readers, but getting to see the other authors each year is his favorite part.

"It's being billed as the Author's Party now, which is exactly what it is," Martin said. "We get quite a few visitors and sell a few books, but it's mainly catching up with the other authors and seeing what they've been up to and checking out their new books."

That community of local authors is a surprisingly large one, Bailey said. Each year, he said, new authors reach out to find out about participating.

"I think it must be the 300 days of sun in western Colorado. Either that or the wineries that attracts a lot of authors," Bailey said. "We have quite a few authors. It's amazing really."