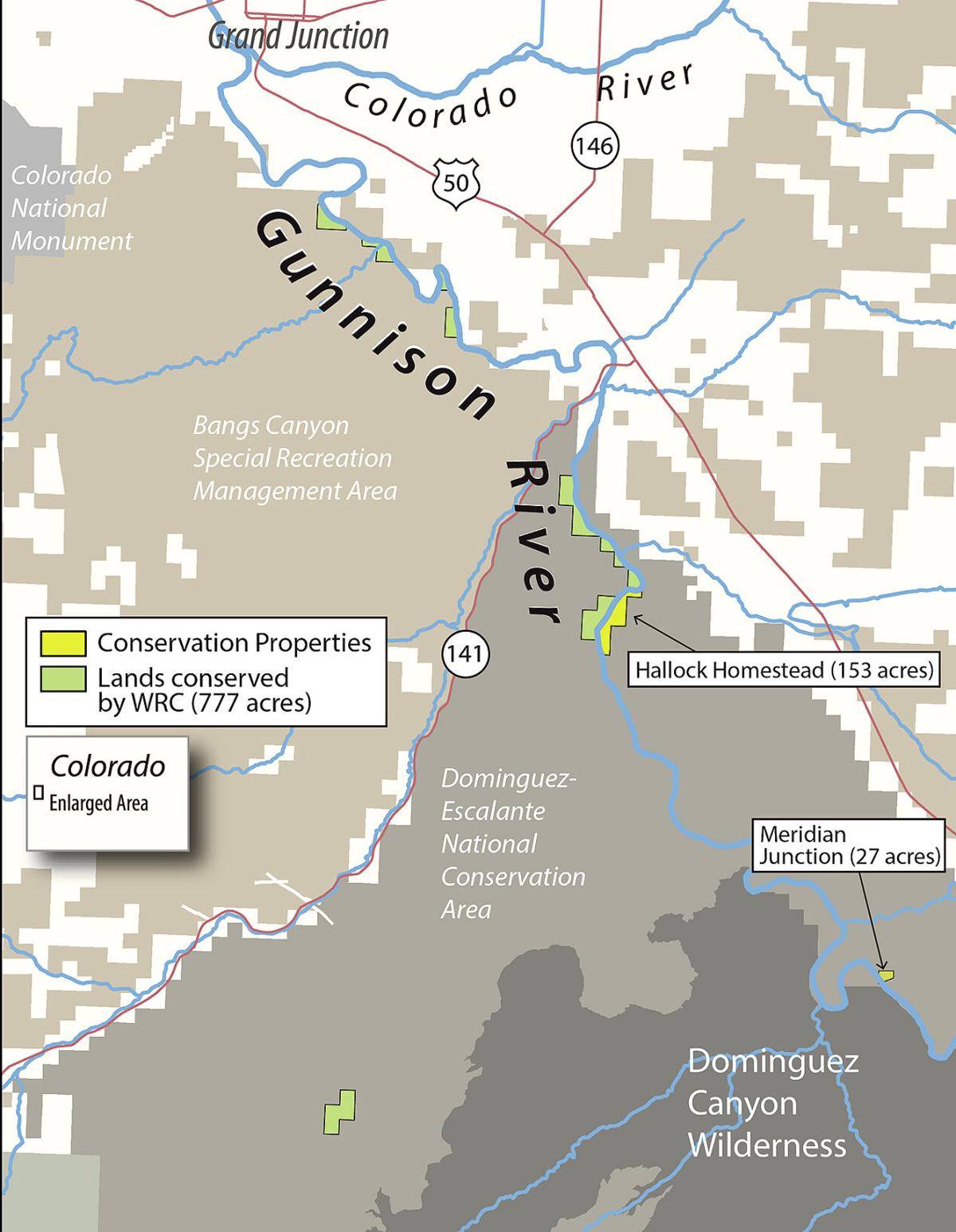 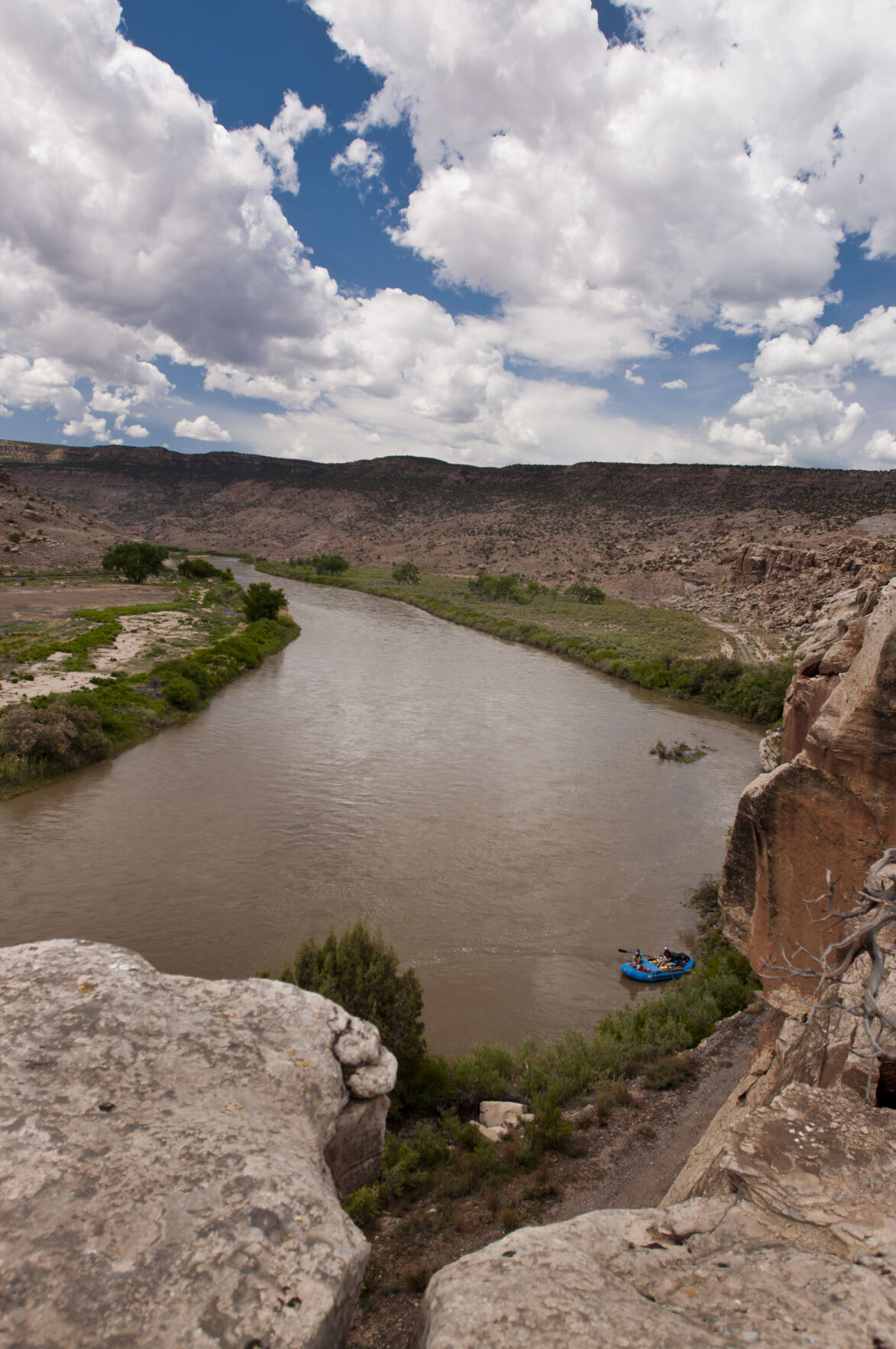 With the help of the Land and Water Conservation Fund and a river conservation program, the Bureau of Land Management has acquired a 134-acre parcel that will boost recreational access on about a mile of the Gunnison River south of Whitewater in the Dominguez-Escalante National Conservation Area.

The agency has purchased what’s known as the Hallock homestead property, which extends along an alluvial bench of the Gunnison River. The BLM said in a news release that the section of river is listed as critical habitat for two federal endangered fish species, the Colorado pikeminnow and razorback sucker. The property is home to the threatened Colorado hookless cactus and has riparian, scenic and recreation values, the BLM said.

The property lies along a popular reach of the Gunnison River for boating.

“This acquisition will ensure continued protection of the recreation setting for boaters along a 24-mile stretch of the Gunnison River,” BLM Colorado State Director Jamie Connell said in the news release. “We are pleased to be able to increase recreational access in the area, including opportunities for hunting and fishing.”

“Under the Trump Administration, the BLM has prioritized and been successful in its efforts to expand access to our public lands,” William Perry Pendley, the BLM’s deputy director for policy and programs, said in the release. “It is particularly exciting to increase the recreational opportunities available in the Grand Junction area, near the Bureau’s Robert F. Burford national headquarters.”

The BLM bought the land from Western Rivers Conservancy, which purchased it in 2013 as part of an effort by the group to conserve lands within the National Conservation Area. The group works to conserve critical river habitat and provide compatible public use by buying lands and then transferring them to public or private entities for their long-term conservation.

Dieter Erdmann, WRC’s Interior West program director, said the BLM paid the group about $380,000, which was the fair market value for the land. He said his group bought it from Dave Upchurch, who was “a great guy to work with” and already had protected it with a conservation easement through the Colorado West Land Trust.

Now, public access to the property will provide opportunities such as side hikes and overnight camping for boaters, as well as walk-in access from adjacent public land for things such as hunting and hiking, Erdmann said. The property doesn’t have public access by road.

He said limited remnants from the land’s homestead era remain, including what was perhaps a root cellar or even a settler’s cabin built into a hillside.

Funding for the BLM’s acquisition was approved in the 2017 federal fiscal year through the Land and Water Conservation Fund, which comes from offshore oil and gas revenues. This summer President Trump signed the Great American Outdoors Act, which permanently funds LWCF at $900 million a year. Erdmann said the Hallock homestead purchase “absolutely” shows the importance of the LWCF program.

He said Western Rivers Conservancy has helped the BLM with a handful of acquisitions over the years in the Dominguez-Escalante NCA area and downstream in the Bangs Canyon area.

“We view BLM across the state and across the West as a great partner in conservation,” he said.

Erdmann said the conservancy acquired property just upstream and across the river from the Hallock homestead land, consisting of perhaps 400 or 500 acres and previously owned by a mining company in Whitewater.

Western Rivers Conservancy continues to reach out to landowners who own property along the river corridor in Dominguez-Escalante NCA to see if any might be willing to sell.

“We don’t have any traction right now with anyone else,” he said.