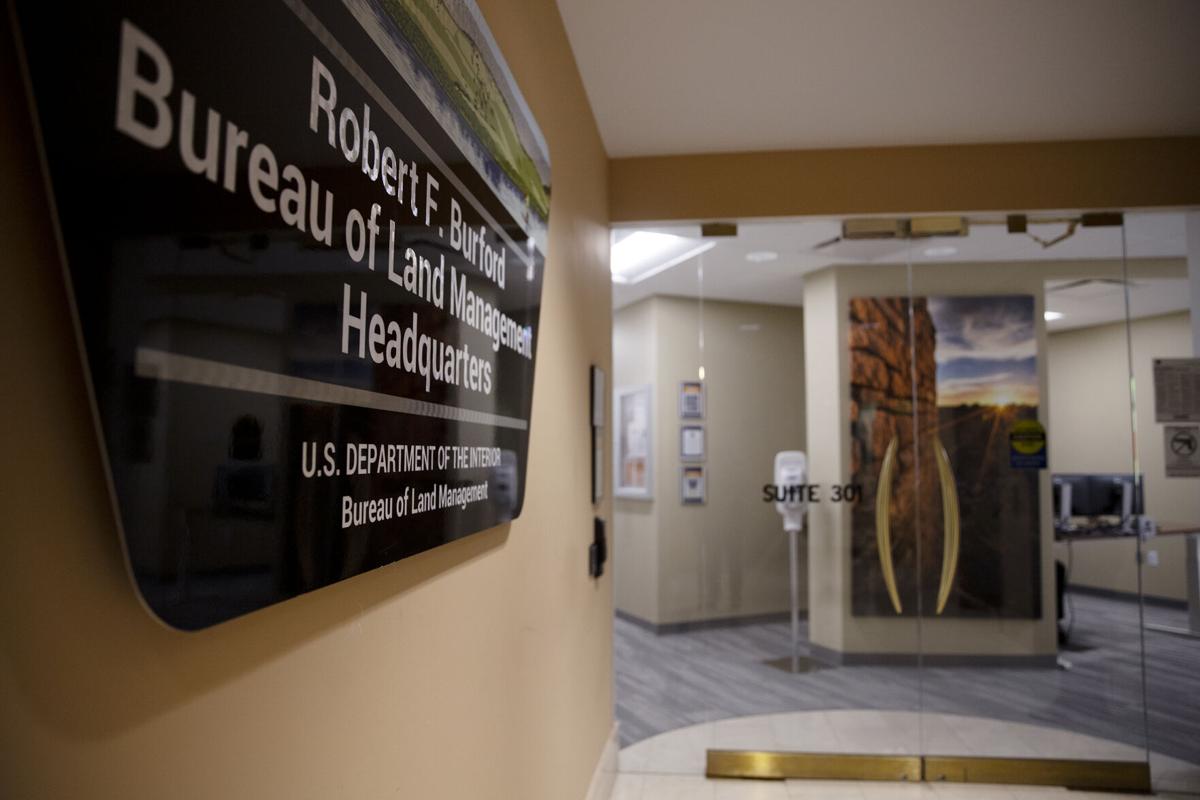 The Bureau of Land Management’s national headquarters was moved to Grand Junction this year. 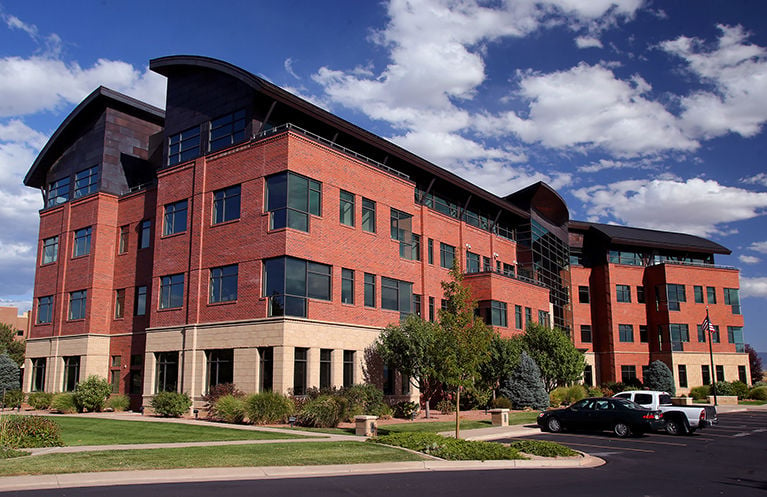 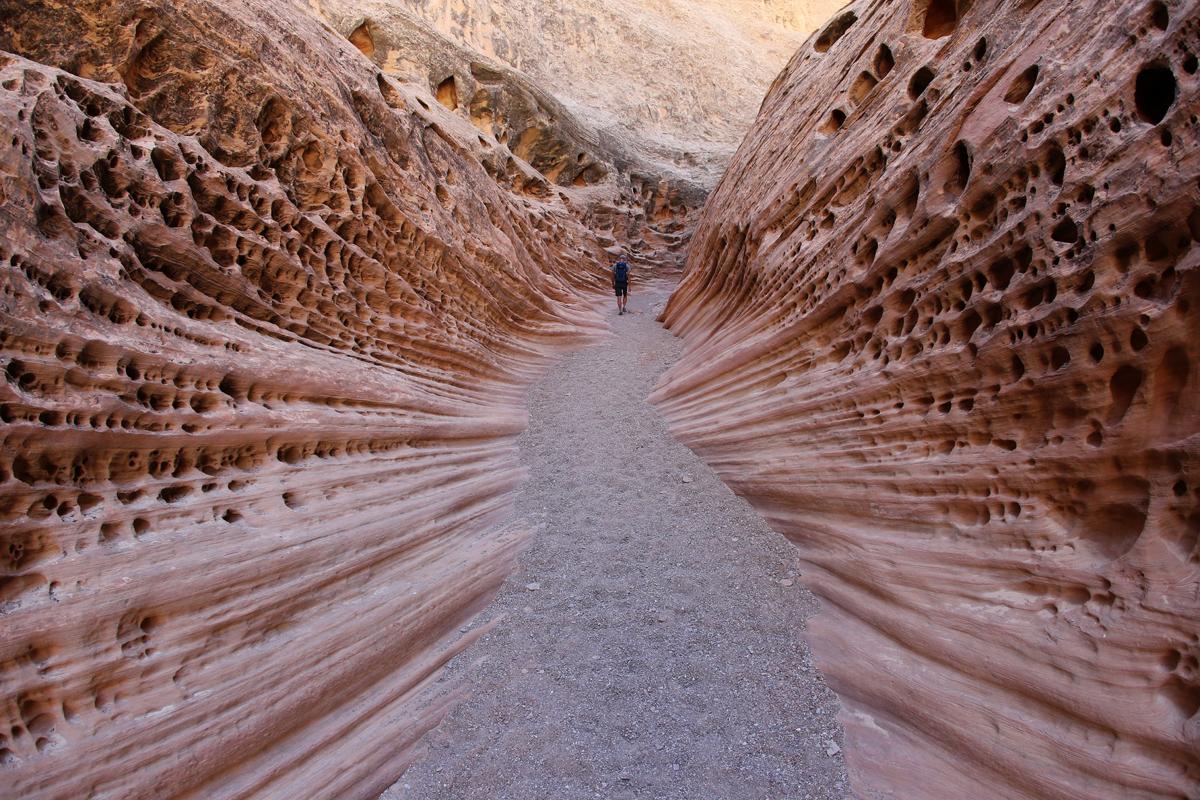 A visitor to the San Rafael Swell west of Green River, Utah, hikes in Little Wild Horse slot canyon. The recreation area is on BLM land. 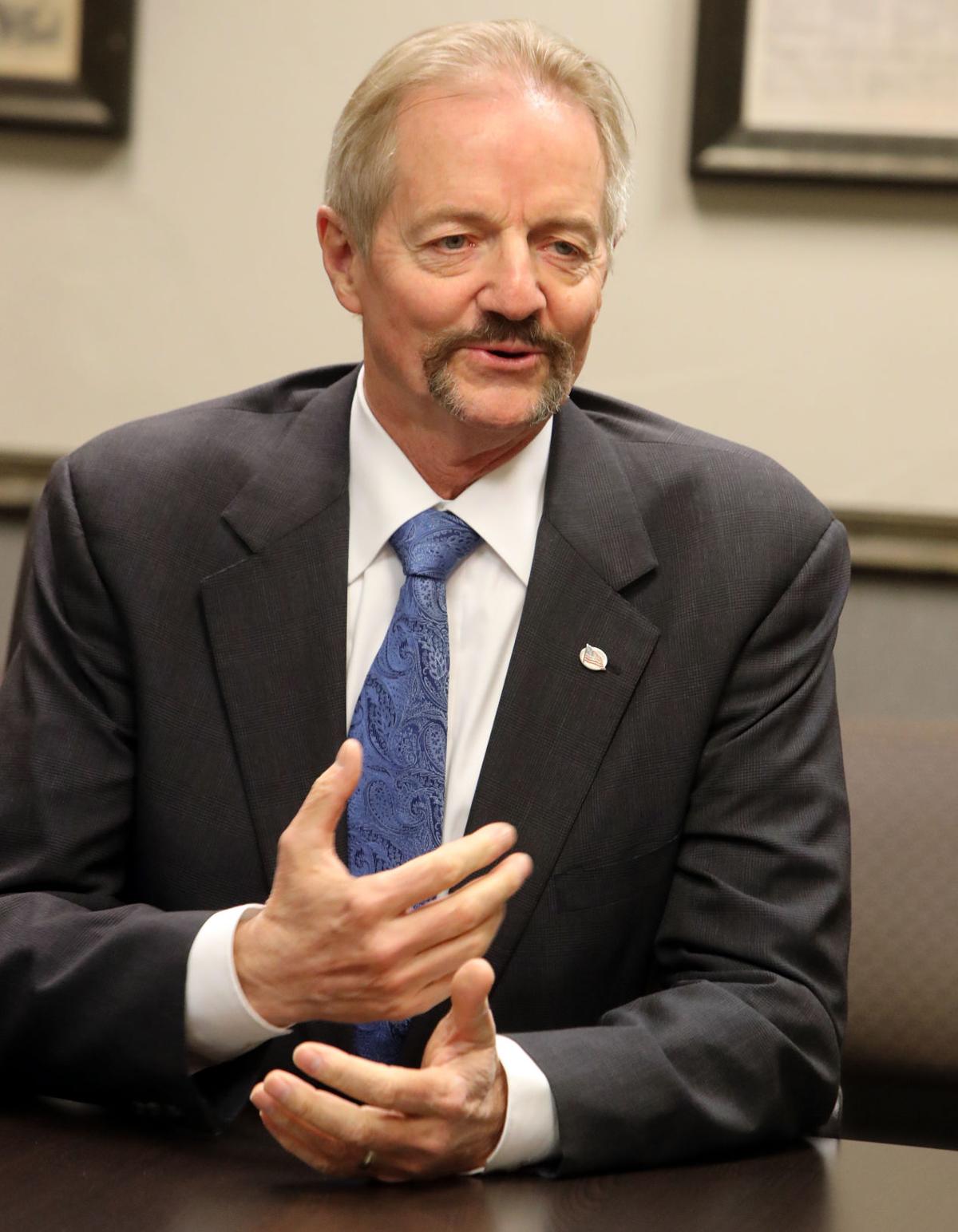 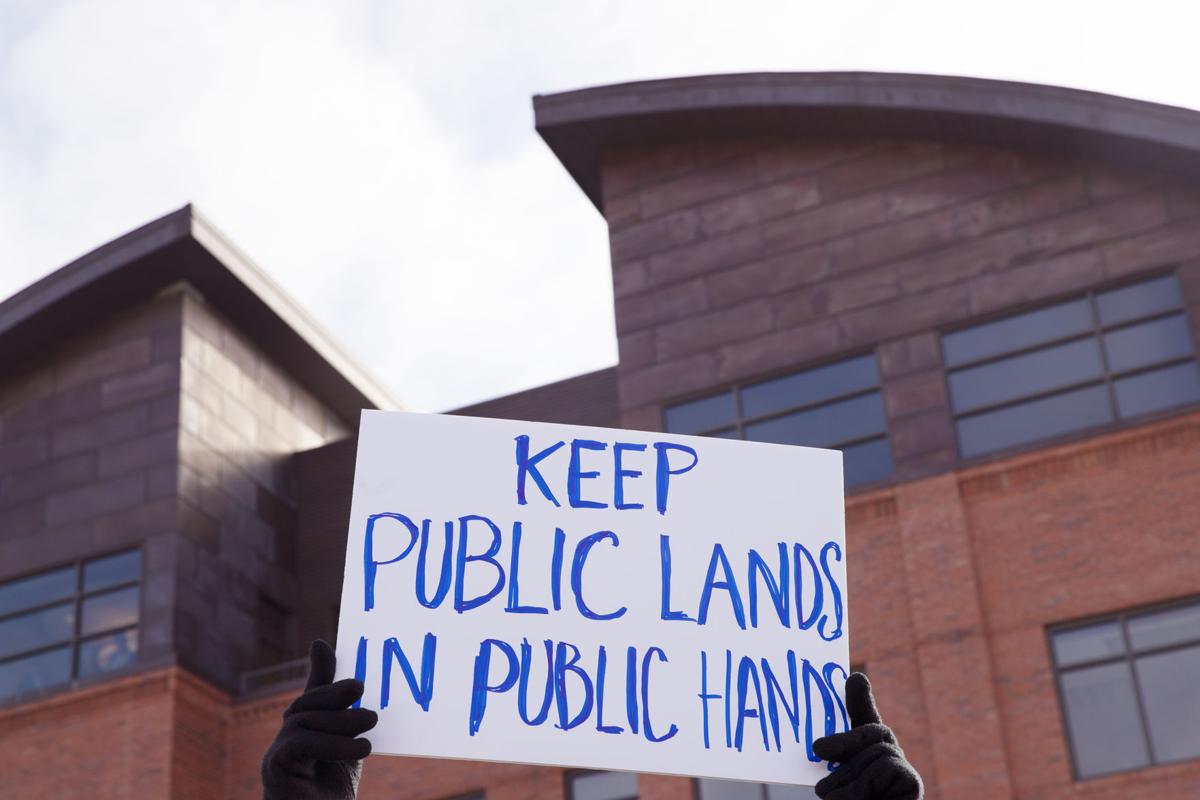 A protester holds a sign in January in front of the new Bureau of Land Management headquarters.

The Bureau of Land Management’s national headquarters was moved to Grand Junction this year.

A visitor to the San Rafael Swell west of Green River, Utah, hikes in Little Wild Horse slot canyon. The recreation area is on BLM land.

A protester holds a sign in January in front of the new Bureau of Land Management headquarters.

The coming change in presidential administrations is raising questions about what the future holds for the Bureau of Land Management’s national headquarters, which were moved this year to Grand Junction.

Namely, will the decision to move the headquarters stick? Or will the new administration move the office back to Washington, D.C., making its time in Grand Junction an anecdotal footnote in the history of the strange year that has been 2020?

“I have no idea what the Biden administration is going to propose to do for the BLM headquarters,” said Diane Schwenke, president and CEO of the Grand Junction Area Chamber of Commerce.

But she said the reason for moving headquarters personnel to Grand Junction remains solid, and perhaps even more important than before, “in that being in the West allows easy access to the public lands they manage and the field offices they oversee. That is not changing.”

But the incoming administration of Joe Biden will be hearing from others calling for the headquarters move to be reversed. Already the Public Lands Foundation, an entity that includes BLM retirees, is asking for the office’s return to Washington under the next president.

In addition, one of several transition memos released by the Climate 21 Project, an initiative that is recommending a Biden administration climate response guided by the expertise of former high-level government officials, is calling for the headquarters’ move back to Washington “as quickly as possible,” and relocating its senior leadership there within 100 days.

But that memo, focusing on Interior Department recommendations, acknowledges, “The difficulty of moving people and loss of the bulk of BLM’s Washington office space will make it challenging, however, to try to move all of the former Washington staff positions back. Given limited resources and numerous priorities, fully re-establishing the Washington office may not be a near-term priority for a new administration.”

The memo’s lead authors are Christy Goldfuss, former managing director at the Council of Environmental Quality in the White House, and Alexandra Teitz, former counselor to the BLM director. Both served during the Obama administration.

After leaving the White House, Goldfuss went back to work for the liberal-leaning Center for American Progress. That’s the current employer of Kate Kelly, a former senior adviser to Interior Secretary Sally Jewell in the Obama administration who is part of Biden’s transition agency review team for the Interior Department, and has spoken critically of the BLM move. Critics say the relocation weakened the agency by distancing it from decisionmakers in Washington and resulting in many employees leaving the agency rather than moving.

Asked by The Daily Sentinel in October about the BLM move, Sally Tucker, a spokesperson for Biden’s campaign, said Biden hadn’t weighed in specifically on the issue. He has opposed having William Perry Pendley lead the agency though, she noted. A judge has ruled Pendley long was serving illegally as the agency’s acting director.

Under Pendley’s leadership, the BLM opened its Grand Junction headquarters’ doors Jan. 1 and has been gradually staffing it up this year.

About 40 positions, including the BLM director and other top-level positions, are to be based in the new headquarters, located at 760 Horizon Drive, where the BLM has a five-year lease. According to the Goldfuss/Teitz memo, altogether about 225 Washington BLM jobs were moved to various locations in the West, but only 68 employees accepted moves, with lost staff including many senior career managers. Pendley has said a western headquarters offers employees advantages such as lesser commute times, a lower cost of living and proximity to recreational activities.

The BLM didn’t respond to emailed requests for comment on this story.

Democrat Raul Grijalva, chair of the House Natural Resources Committee, has been among the critics of the move. Adam Sarvana, spokesman for the committee’s Democrats, said Grijalva supports moving the headquarters back to Washington. Sarvana said there’s no reason to break the Grand Junction lease,”but headquarters staff and functions are better positioned in Washington.”

Sarvana said a “Government Accountability Office review showed there was never a coherent reason for the move in the first place. The burden of proof was always on Mr. Pendley, who we know was illegally exercising his role in the first place, and he never passed it.”

Sen. Cory Gardner, R-Colo., was a leading advocate of the relocation. But Kathleen Sgamma, president of the Western Energy Alliance oil and gas trade association, notes that the idea has had bipartisan support in Colorado, including from John Hickenlooper, who will replace Gardner as senator after defeating him in the recent election. Hickenlooper “was all in on a BLM headquarters in Colorado as soon as the idea was floated,” she said, referring to supportive comments he made about the idea in 2017 when he was Colorado’s governor.

Schwenke said there is now a move in the private sector to do what the BLM did with its headquarters move by locating workers more regionally rather than concentrating them in urban centers, “just in case we go back into something that we saw earlier this spring” with the pandemic.

She said this year has shown how remotely located workers can remain a valid part of what goes on in a headquarters office, through the use of things such as Zoom video-conference meetings.

“I would propose that there’s even a stronger case in keeping (the headquarters) here now if I’m given the chance to provide input into that decisionmaking,” she said.

He said another move would require more money, possibly requiring a request from Congress. And a lot of things will be going on within the new administration once Biden takes office, he said.

And while the move out west may have been disruptive for some employees, Stone said he knows some who moved who said they wouldn’t move back to Washington after already relocating once, perhaps having had to sell a house and have a spouse leave a job in the process.

Jayson O’Neill, director of the Western Values Project and a critic of the headquarters move, thinks it was about trying to get rid of senior employees. But he also thinks now that the Interior Department has an office leased, it is going to use it somehow, and whether that should be as the BLM headquarters should be reassessed by the new administration.

He said there could be opportunities for the Biden administration to use the office for public outreach and communications. While it was touted as a way for top BLM officials to be closer to communities and get community input, he believes the agency has ignored communities in the decisions it has been making.

O’Neill also thinks there needs to be a full accounting of what the move has cost.

“I think it’s back to the drawing board and stay tuned,” he said.

Grand Junction resident Cody Perry also has been outspoken on the BLM move. He believes the agency has suffered a major loss of leadership and institutional knowledge, with many leadership positions now filled in a temporary or acting capacity. But he said his gut feeling is that the Biden administration won’t move the headquarters back to the nation’s capital.

“There’s no reason to think that the BLM will be necessarily just picked up and moved back to D.C. without first assessing the kind of damage that’s been done,” he said.

Perry expects to see the BLM leadership get staffed up and the headquarters made functional by the Biden administration in a way that hasn’t happened under the Trump administration.

He added, “I think the broad idea of moving the headquarters was largely built around a talking point of enhancing communication between the agency and the public. That idea, that concept, is broadly supported and perhaps may be effective to the extent that we’ve not yet seen. We still don’t know what that will look like.”