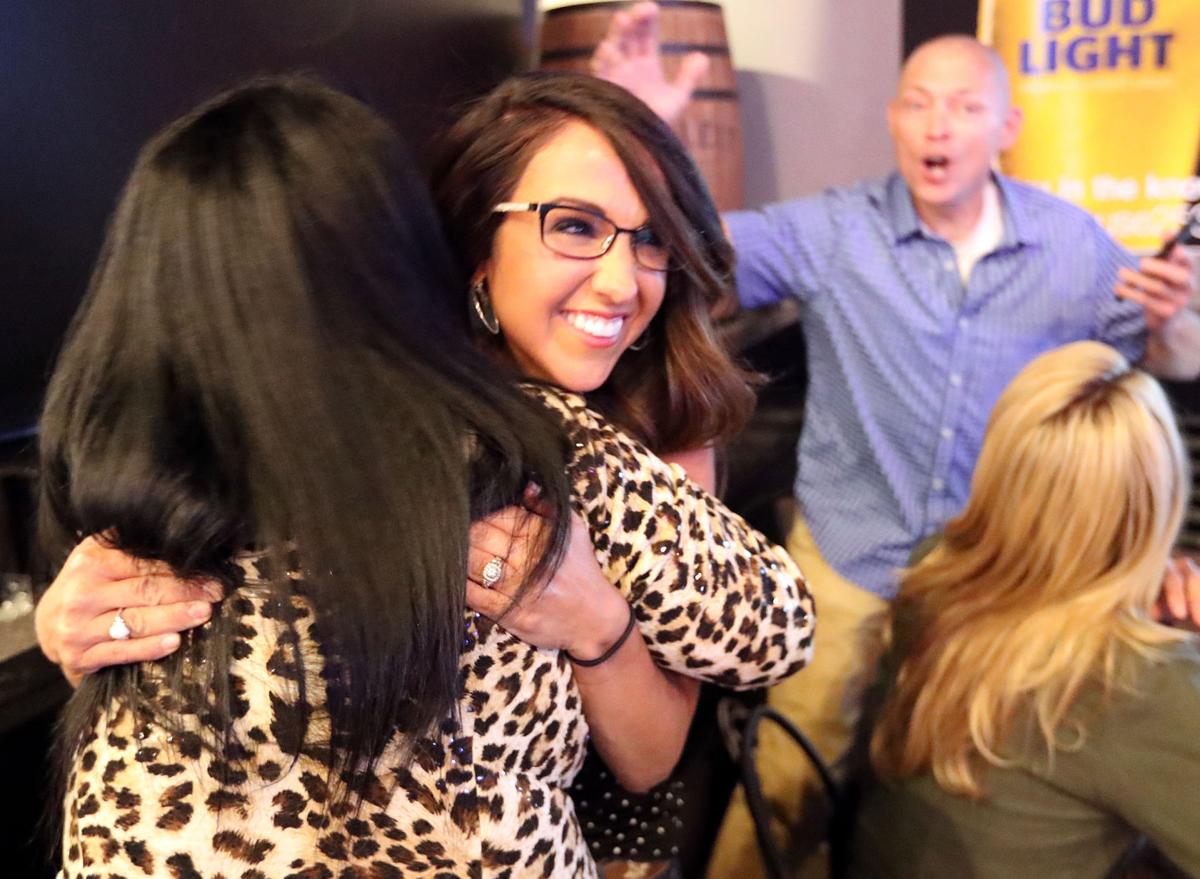 Lauren Boebert reacts to news of her leading in early returns Tuesday evening at Warehouse 25Sixty-five. 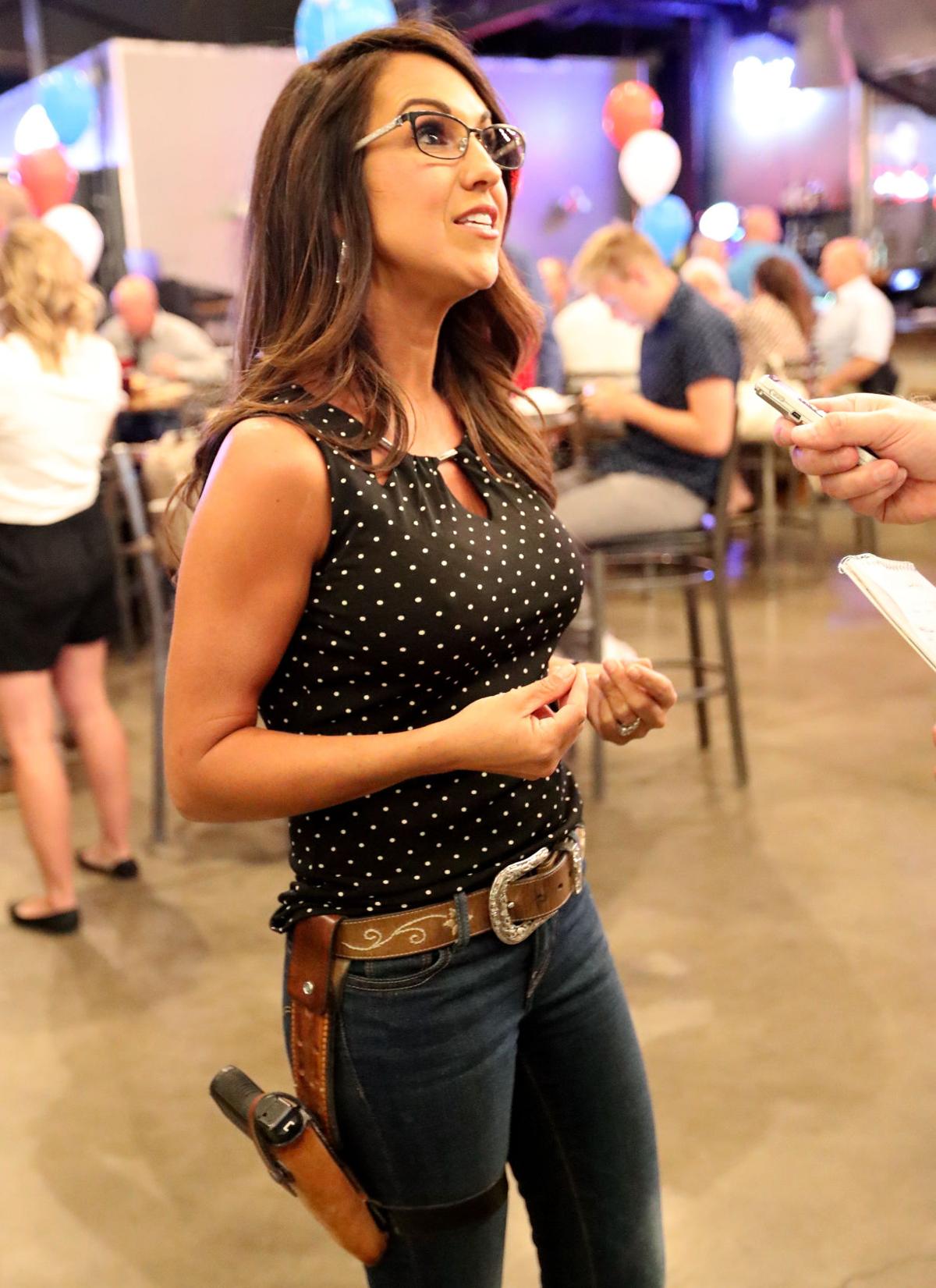 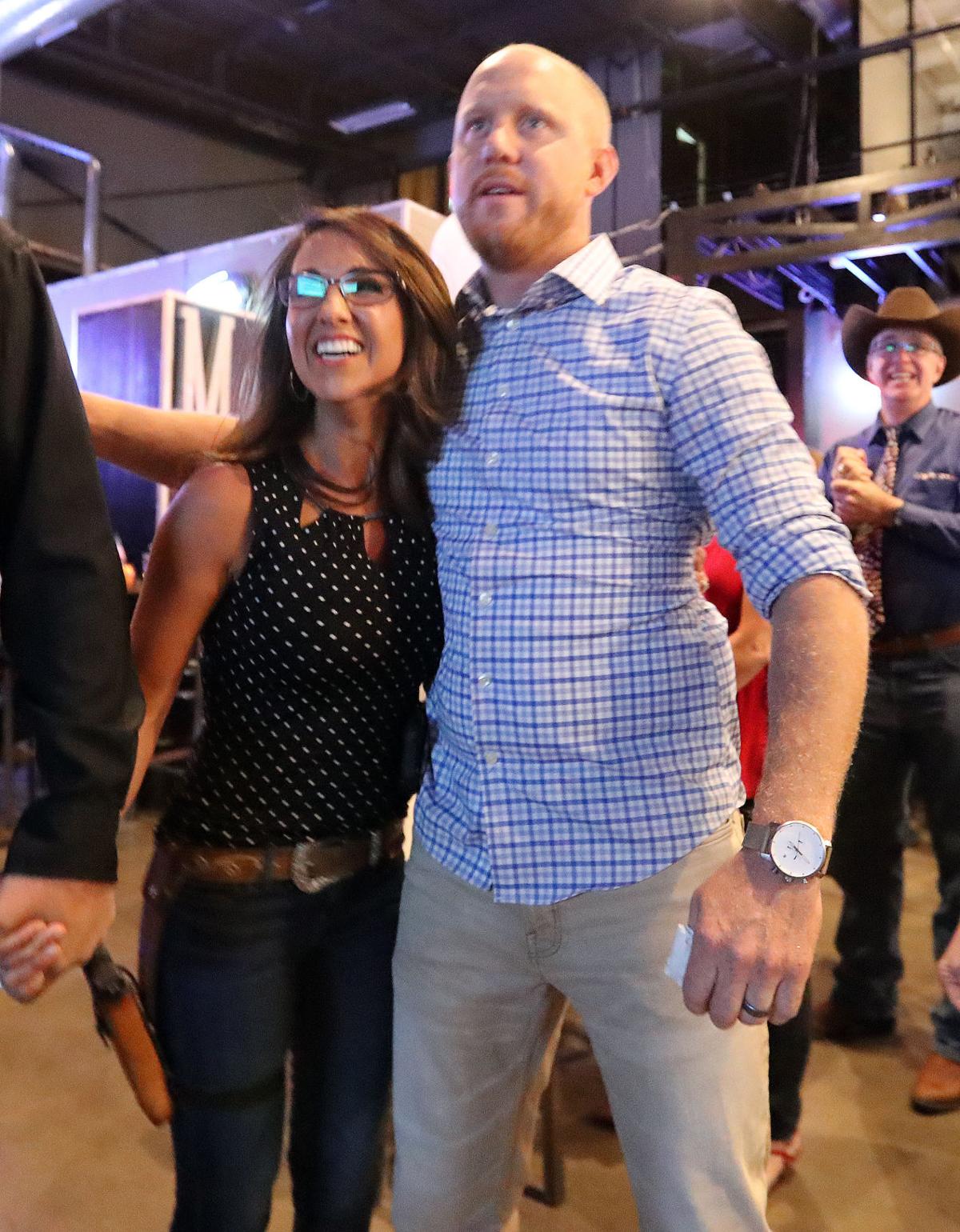 Lauren Boebert and Cody Davis reacts to news of a lead in early returns Tuesday evening at Warehouse 25Sixty-five. 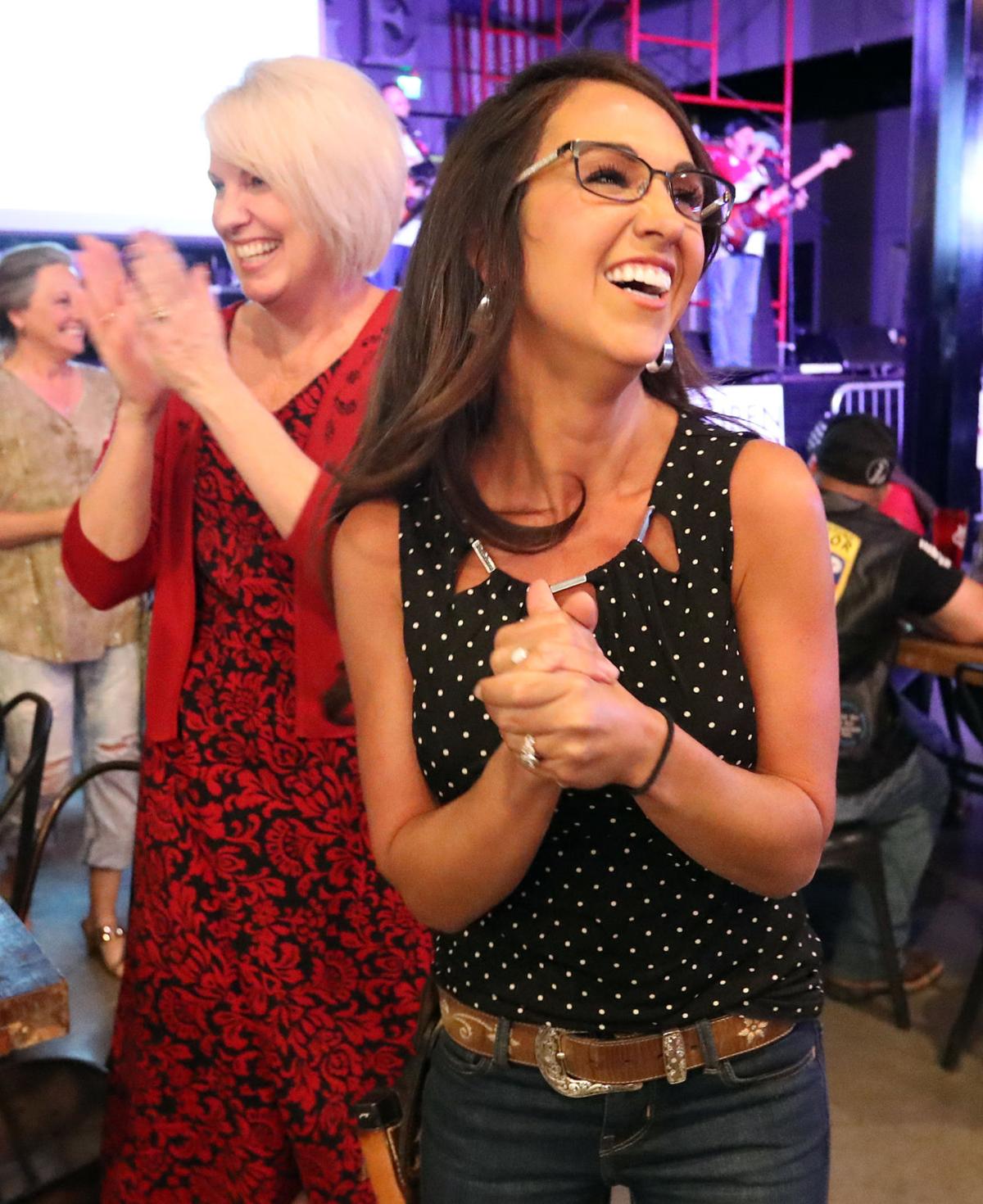 Lauren Boebert, right front, and Janet Rowland, who endorsed Boebert, react to the news of Boebert’s lead in early returns on Tuesday evening at Warehouse 25Sixty-five.

Lauren Boebert reacts to news of her leading in early returns Tuesday evening at Warehouse 25Sixty-five.

Lauren Boebert and Cody Davis reacts to news of a lead in early returns Tuesday evening at Warehouse 25Sixty-five.

Lauren Boebert, right front, and Janet Rowland, who endorsed Boebert, react to the news of Boebert’s lead in early returns on Tuesday evening at Warehouse 25Sixty-five.

It was Election Day and Lauren Boebert was packing.

It was happening, a colossal upset was on the verge of rippling through Colorado when it became apparent there would be a new Republican candidate for the 3rd Congressional District.

“I said from the beginning that I would do more with far less and I’ve done exactly that,” Boebert said at the watch party. “I am a better messenger than my opponent and I have a better message.

“I have a message for the people, to bring a voice back to the issues. We don’t want Denver and Boulder drowning us out anymore,” she added.

Boebert campaigned hard on the immigration issue, attacking Rep. Scott Tipton for his support of the Farm Workers Modernization Act of 2019, which Boebert and many other Republicans have called an amnesty bill for illegal migrant workers.

And of course there is the Second Amendment that Boebert and the wait staff at Shooters, her Rifle restaurant, proudly support with holstered handguns on their hips.

On Tuesday night, with her holstered Glock dangling from a designer belt, Boebert repeated her campaign mottos over and over as she talked before and after the stunning final results were announced.

“Now I’m ready to take this same fight that I have always had in me, whether it’s telling (Texas Democrat) Beto O’Rourke you’re not going to take our guns, or standing up to Governor Jared Polis when he shut down small businesses (during COVD-19), and even taking a stand against my Republican opponent when he said he’s conservative but his voting record clearly shows he is not. And now I’m ready to take that same fight to the Democrats starting tomorrow.”

With her 100-watt smile and auctioneer enthusiasm, Boebert’s confidence never waned throughout the campaign that started on Dec. 9.

She clearly demonstrated that she could go toe-to-toe with Tipton, a five-term congressman. Boebert never backed down and wasn’t afraid to go right at Tipton, calling him out on his voting record.

Many wondered if Tipton’s campaign didn’t take Boebert seriously. Boebert faced a rather steep uphill battle when it came to raising campaign funds. At the latest report she was at $133,000 while Tipton had raised more than $1.1 million.

Boebert just smiles when talking about those campaign funds.

“I knew that I would be outspent and I’ll probably get outspent in the fall, but I’m a mom (four boys, ages 15, 12, 10 and 7), so I know how to work on a tight budget. I get it,” she said. “I’m a restaurant owner, that is a penny-pinching business, so I know how to be effective with a lot less.

“Never underestimate the power of the people and grassroots.” Long before she thought about jumping into politics, she stuck to her guns when she made headlines by waving the Second Amendment flag.

“I’ve always had a platform for the Second Amendment,” she said, flashing that brilliant smile. “Which is just a platform for freedom and an advocacy for freedom. So that is something I’ve been promoting for seven years now, traveling to other states bringing this message of freedom and liberation to others.”

Her political message obviously resonated with Republican voters in the 3rd Congressional District and she even picked up some high-profile endorsements along the way, including former U.S. congressman and two-time gubernatorial candidate Tom Tancredo and Garfield County Sheriff Lou Vallario, to name two.

She also got the last laugh when it came to people who thought this was just a publicity stunt to bring more attention to her business.

“The spotlight was already on my business, so this is all about freedom, and freedom is my motivator,” she said. “I would see out-of-touch politicians over-regulate, overtax and overspend and destroy our lives here at home.”

Her mission and message never wavered either.

“When I saw our representatives not standing for freedom but giving our freedoms away, I knew something had to be done. I didn’t see anyone else stepping up so here I am.”

She also made it clear where she stands on the subject of career politicians.

“I believe the House of Representatives was intended by our founding fathers to be citizen-led, not be led by career politicians,” she said.

She said the little hiccups and stumbles on the campaign trail only strengthened her resolve.

“Every day has been a surprise. We never knew what we’re going to be up against. I’m not afraid of a challenge and my life experiences have taught me that when times get tough, you have to get tougher,” she said. “It really motivates me to work harder. I have the same grit in my volunteers and they always push through.”

She also grabbed headlines in May when she defied Gov. Polis’s order and opened Shooters to dine-in customers. It led to Garfield County suspending her food license. About a week later, the state allowed restaurants to open to dining at 50% capacity, and she was able to get her license reinstated.

But no headline that Boebert has ever snagged is bigger than bringing down a five-term congressman in the 2020 Republican primary.