An artist’s rendering of the Bonsai building under construction at Las Colonias Business Park. 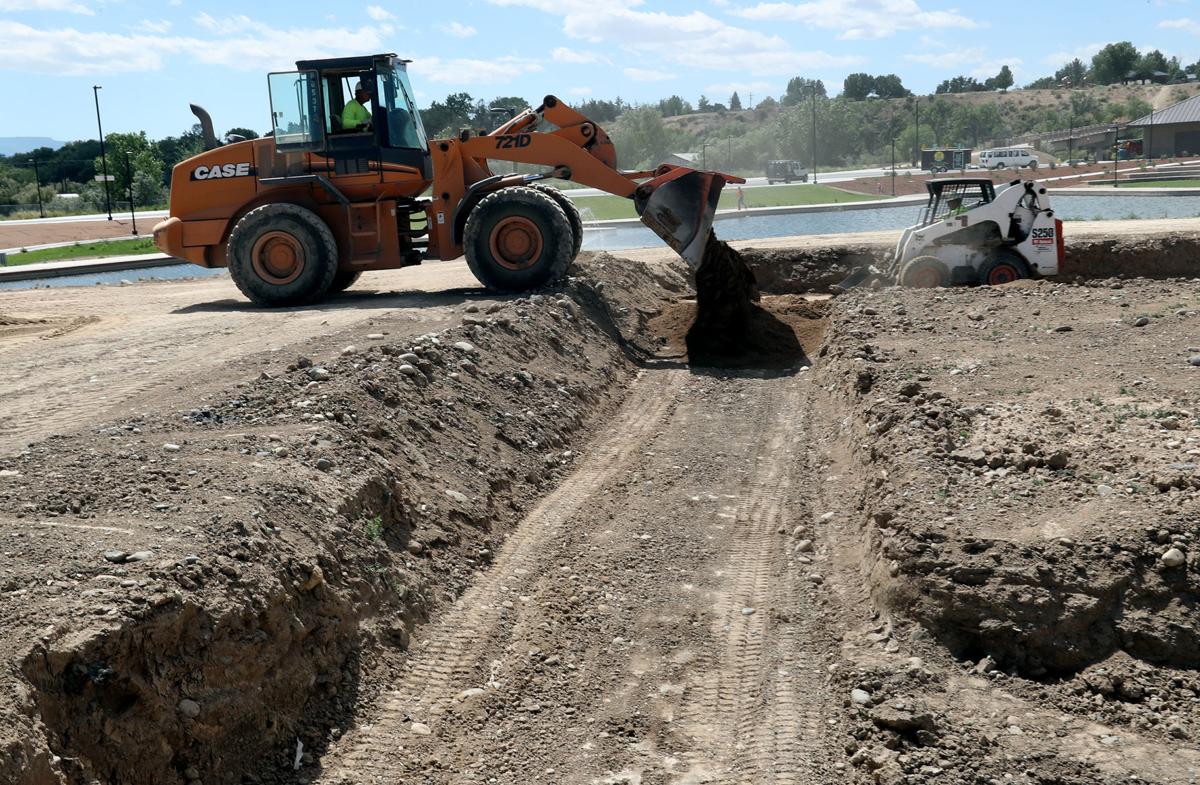 Construction of the Bonsai Design building is now underway at Las Colonias Business Park. Bonsai owners Sarah and Thaddeus Shrader announced the groundbreaking in a letter to the editor last Friday.

An artist’s rendering of the Bonsai building under construction at Las Colonias Business Park.

Construction of the Bonsai Design building is now underway at Las Colonias Business Park. Bonsai owners Sarah and Thaddeus Shrader announced the groundbreaking in a letter to the editor last Friday.

Bonsai, which specializes in ziplines and other adventure attractions, is the anchor tenant of the business park and is receiving $1 million in incentives from the city along with some tax breaks. RockyMounts, a bike rack manufacturer, began construction on its own structure in the park earlier this year.

“We’re thrilled for them to get their building up and to get moved in,” Grand Junction Economic Partnership Executive Director Robin Brown said. “With the completion of the river park and all the use down there and all the people using it. It’s just real exciting down there right now and we’re excited for Bonsai breaking ground.”

Bonsai owners Sarah and Thaddeus Shrader announced the groundbreaking in a letter to the editor last Friday. They said they did not plan an event around the groundbreaking and acknowledged the widespread protests, including in Grand Junction, calling for action on racial issues.

“The awkwardness is not lost on us of announcing a ground-breaking in times gripped by a worldwide pandemic and a nation facing its pervasive legacy of racism,” the Shraders said in the letter. “We at Bonsai Design are horrified by the news of the brutal murder of George Floyd and by the injustice that persists in the United States. We feel strongly that this is not a time to celebrate.”

Previously, Thaddeus Shrader said that breaking ground in June was important to meet his goal of having his company moving to the new building this year. The company has been working for years to develop its building plan and only recently was able to secure financing for the project.

Brown said a third business that had expressed interest in building at the park is still gathering information before it makes a decision. Brown said she expected they would make a decision this month, but that it was important they had the time they needed.

“We’re also working on the plaza development right now, which is the restaurant retail area,” Brown said. “We’re in the design phase, which has been really fun. We have three potential tenants down there that are working with us during the design phase.”

The businesses interested in leasing space in that development include a restaurant and winery, Brown said. They would serve as the initial anchor tenants with space for other food or retail businesses.

“That area we plan to have open next March or April,” Brown said. “There’s already so much life down there, but I think when we get the plaza development built out there will be commerce down there and I think that’s just going to help move the business park along.”

Brown said she was happy to see more development happening in the area and felt confident more businesses will be moving in. She said even with the economic uncertainty during the coronavirus pandemic, she expects Grand Junction to make a quick recovery.

“We’re just amazed at the response from the community,” Brown said. “It’s been really fun to see how exciting it is down there. There’s so much life. If you think about what the river park looked like three years ago, it’s a total game changer.”