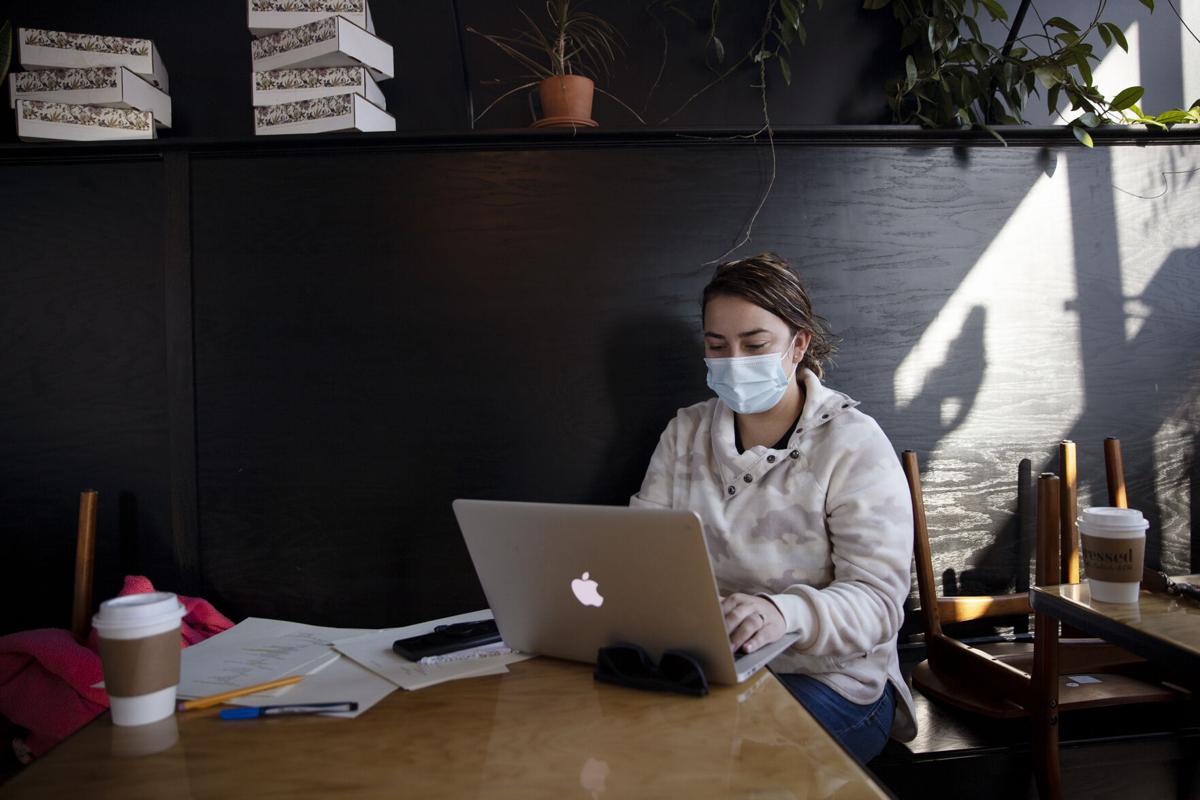 Audrianna Rocco uses a laptop for a work project while seated at Pressed, a coffee shop in Palisade. 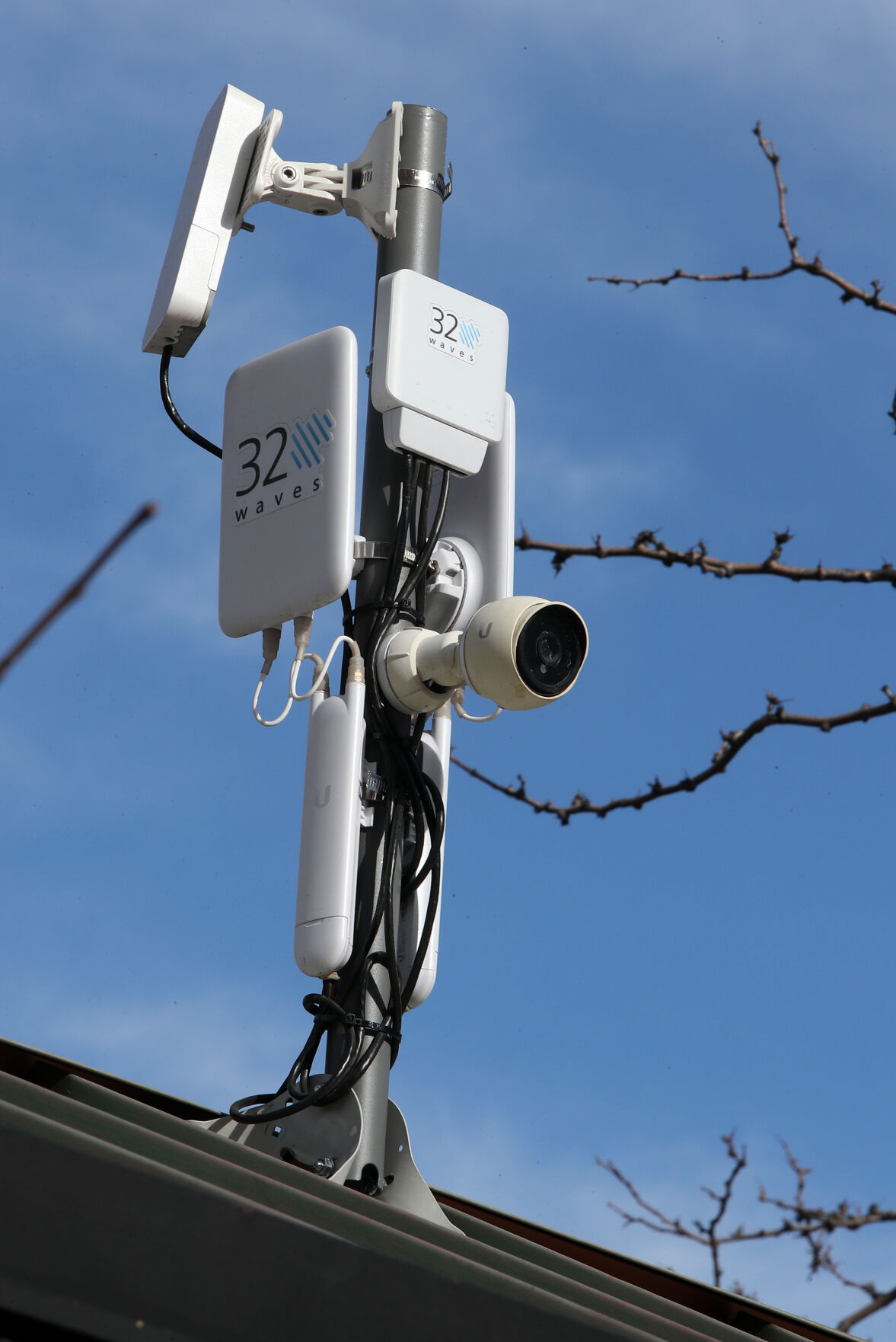 One of the Waves 32 Wi-Fi routers on a kiosk in downtown Grand Junction.

Audrianna Rocco uses a laptop for a work project while seated at Pressed, a coffee shop in Palisade.

One of the Waves 32 Wi-Fi routers on a kiosk in downtown Grand Junction.

Ensuring access to broadband internet for businesses and residents is a critical issue for cities and towns, and they have a wide array of options to do so.

In Fruita, work to assess its options for providing more broadband access is just beginning, City Manager Mike Bennett said. They’ve been talking with other cities in Colorado to begin to understand what its best option would be.

In 2017, Grand Junction explored going all in on creating its own broadband network to provide gigabyte service to its residents, but ultimately decided against the $70 million project, said City Manager Greg Caton.

“We put together a package and took it to City Council,” Caton said. “There were some pros and cons to that, and it was ultimately decided not to move forward at that point in time.”

One of the challenges, Caton said when looking into this issue, is determining where the need is. He said for businesses in Grand Junction, reliable broadband internet is already available through the private sector.

He said the city recently has heard more from the residents that broadband access is an issue.

“The question I always start with when I start hearing or having discussions about broadband is, where are the challenges?” Caton said. “What I mean by that is, is it the business sector or is it the residential sector? Those could be two different solutions. We need to understand the problem we’re trying to solve before we develop solutions.”

Over the last few years, Caton said private internet providers have made improvements to their services. The city has tried smaller programs than the utility scale option it considered, but they didn’t always work. A loan program the city tried went unused, Caton said.

In Fruita, Bennett said they are looking into how they can build off their existing infrastructure to expand a network of fiber optic cables. Fruita may have an advantage in this effort over Grand Junction as it can apply for rural grants that Grand Junction is too large to qualify for.

“We already have fiber to all of our city facilities and the Lower Valley Fire Protection District in Fruita,” Bennett said. “That connection to all those facilities in a smaller area like Fruita already is creating the start of a network that could be built upon through partnerships.”

All three municipalities in the Grand Valley have seen students in need of better internet to deal with online learning. Caton said, in that instance, partnerships with School District 51 could help.

“I do hear obviously on the residential side, in particular with online learning, that that has become a challenge,” Caton said.

“So if that’s the issue, then I wonder if there are some opportunities working with the School District.”

In Palisade, tourism in particular is a concern and its Tourism Advisory Board is starting the process of studying the issue, Town Administrator Janet Hawkinson said.

“The Palisade Tourism Advisory Board has been looking at this issue with how it’s affecting our different businesses and industries by not having good enough broadband,” Hawkinson said.

“So we are looking at how to improve broadband in Palisade over the course of the next two years.”

Palisade has a growing agro-tourism economy that draws many people to its wineries and the famous Palisade peaches. Having good access to high-speed internet is a factor for some of those visitors, Hawkinson said.

“It’s just really important because a lot of visitors do still work remotely,” Hawkinson said. “So, when they come visit Palisade, they also want to work and if we aren’t able to provide broadband for them, it might prevent them from coming.”

None of the municipalities has settled on a solution, but Grand Junction has let the private sector take the lead over the last few years.

Caton said as city officials learn about the shortfalls in access, they can help facilitate solutions.

However, the private sector will have to play a role.

“We cannot be the savior for everything,” Caton said. “Should we get into this space? Ultimately, it was decided at the time not to do so because the private sector was meeting the need.”

The world of broadband and high-speed internet has made plenty of advances around the Western Slope in recent history, but there are still gaps to be addressed in the future. Over the next few days, The Daily Sentinel will look at a variety of these issues.