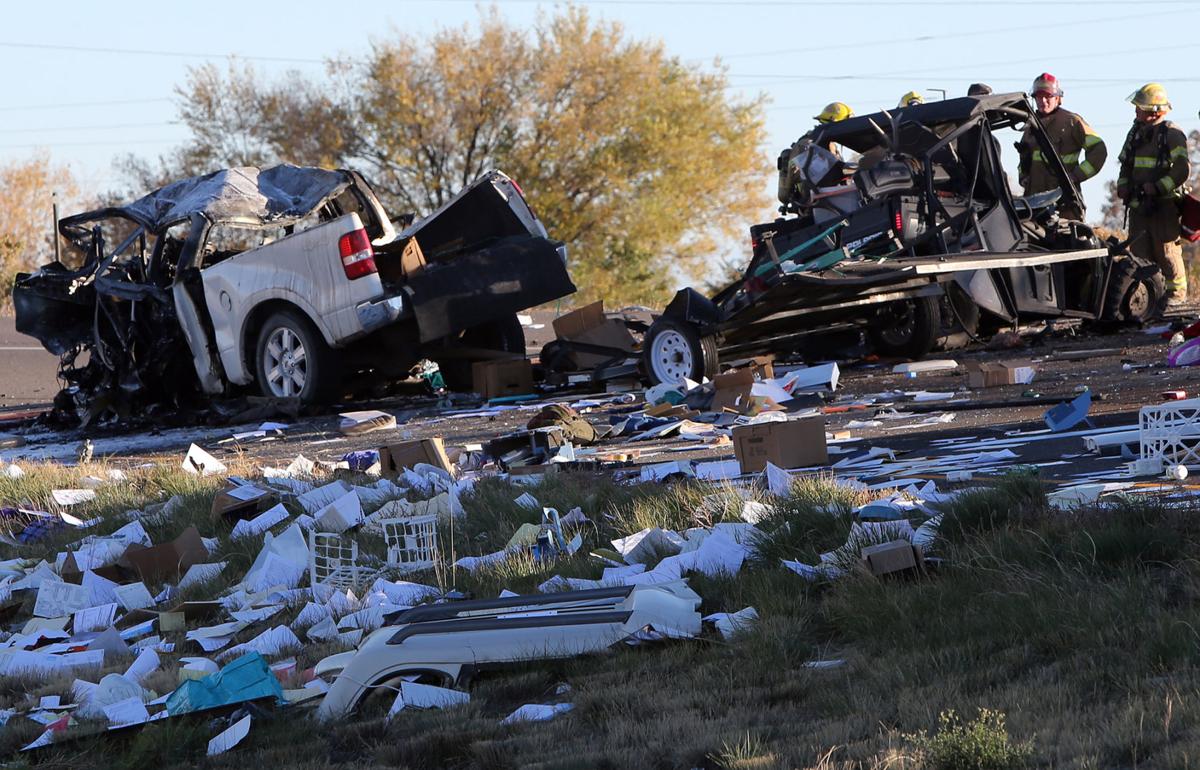 Debris litters the median of Interstate 70 near the Horizon Drive exit in a photo taken Oct. 29, 2017, after a two-vehicle accident that left two people dead. There were 16 crashes at I-70 and Horizon Drive last year, making it one of the city’s most dangerous intersections. 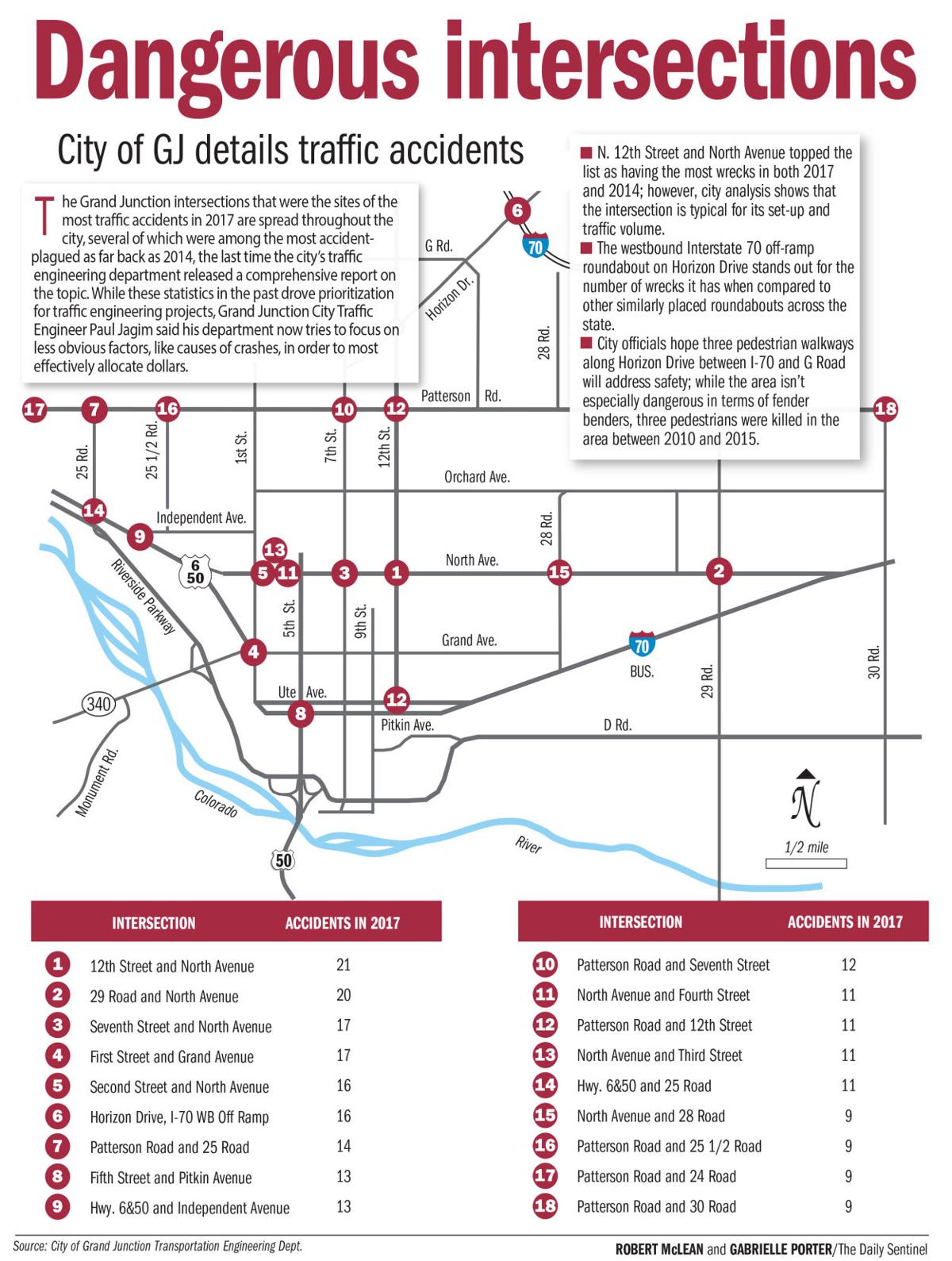 Debris litters the median of Interstate 70 near the Horizon Drive exit in a photo taken Oct. 29, 2017, after a two-vehicle accident that left two people dead. There were 16 crashes at I-70 and Horizon Drive last year, making it one of the city’s most dangerous intersections.

In the past few years, his department's employees have moved away from a style of analyzing traffic problems that places primary emphasis on how many wrecks occur in a specific location, he said.

"As technology improves and we can track more and more data … new methods of analyzing that data are being developed," Jagim said. "Now, we're starting to pay more attention to crash types and commonalities."

Rather than starting with locations, Jagim and his team might track crashes involving distracted drivers, inebriated drivers, drivers running red lights, and then look at locations that are more heavily impacted than others.

"Obviously there's limited resources that we have to apply to fixing the problem," Jagim said. "And some problems are bigger problems than others."

North Avenue and 12th Street, a busy, four-lane intersection, is perennially atop the list of most frequent crash sites in Grand Junction. But it's not the city's top priority for redesign, because "it's fairly normal compared to other intersections like it," Jagim said.

On the other hand, the roundabout on Horizon Drive near the westbound Interstate 70 off-ramp was the site of an inordinate 16 wrecks last year, albeit mostly fender-benders.

"When I compare it to other roundabouts around the state, this one stands out," Jagim said. "I would argue that (roundabouts near I-70 on Horizon Drive) are still performing better than the traffic signals that used to be there, but we can do even better."

To that end, the city and the Colorado Department of Transportation are making small adjustments to the roundabout's signs and stripes to make the feature a little more navigable.

Jagim said that, while it doesn't make the list of the city's most frequent accident sites, the stretch of Horizon Road between I-70 and G Road is one of the most dangerous roadways in the city. Three pedestrians died after being struck by cars there in separate incidents in 2010, 2012 and 2015.

"The commonality was it was in the dark hours, and it was folks moving between hotel and restaurant, basically needing to cross the street," Jagim said.

Using state grant funds, the city is working to install three new crosswalks with flashing lights and median refuges along that segment of road.

First Street and Grand Avenue — which saw 17 wrecks last year — is another intersection due for a safety overhaul, and suffers from "lots of small things," Jagim said. While CDOT is working to rebuild the intersection to meet higher use, city workers are going to take advantage of construction to potentially enhance crosswalks, make small geometric changes to the road and look at business driveways nearby to see if they are contributing to the high number of wrecks.

Jagim's team is also looking at the high numbers of wrecks caused by impaired and distracted drivers.

"Those types of crashes are partly engineering fixes, but they're partly education," he said.