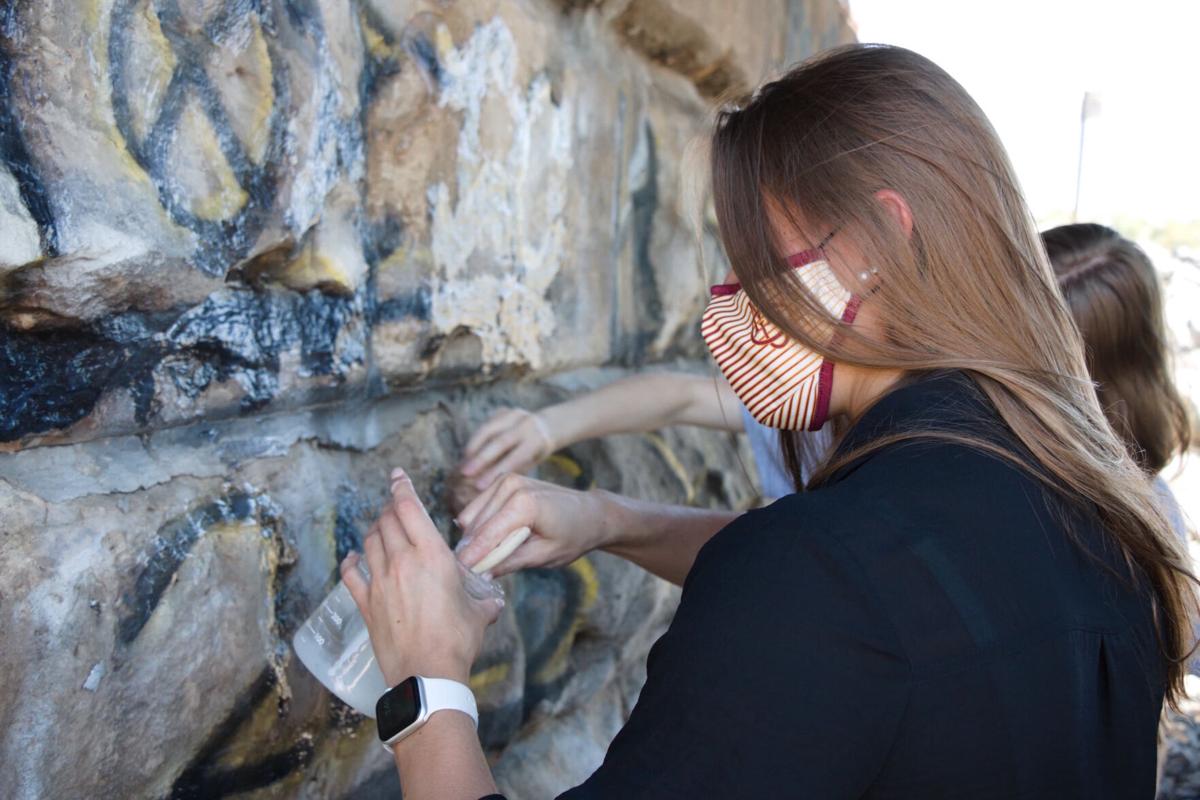 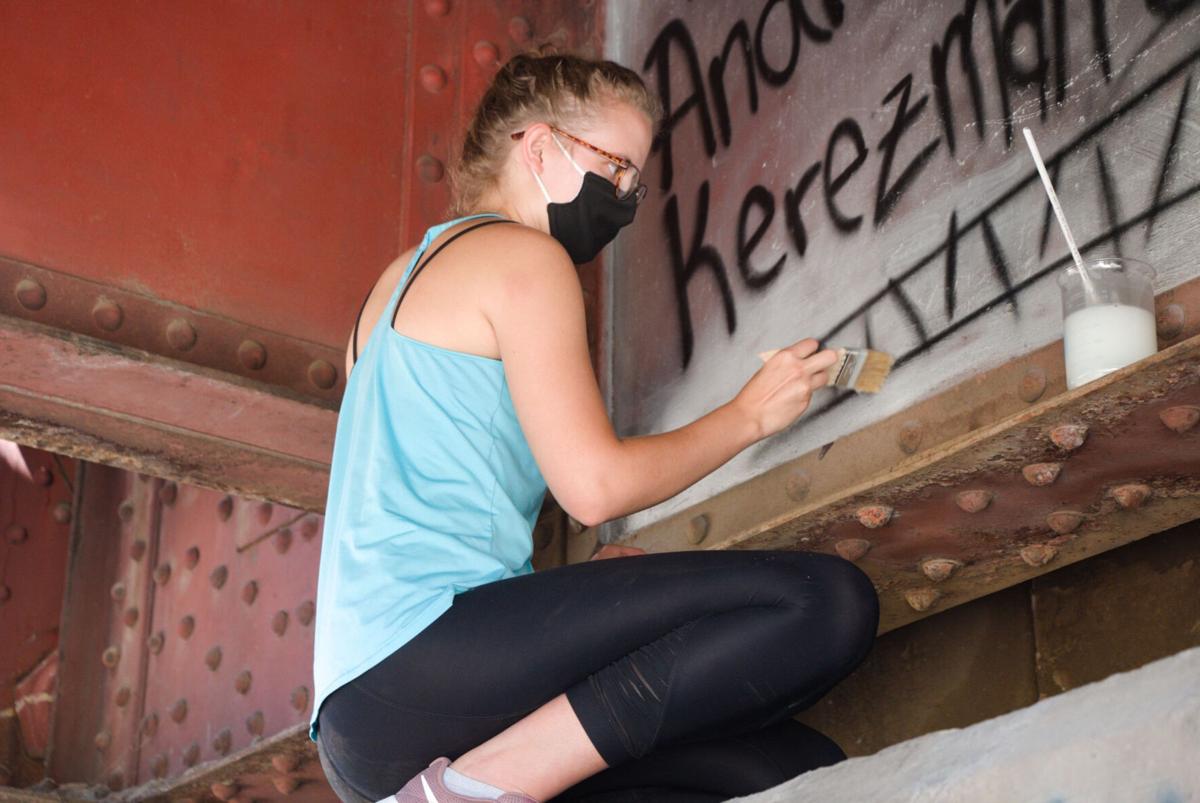 In April 2016, a vandalism incident at one of Colorado’s premier destinations, Hanging Lake near Glenwood Springs, rocked outdoor lovers across the Western Slope. Four years later, a patent application filed by several Colorado Mesa University students seeks to provide an environmentally friendly answer to be used on graffiti of all shapes and sizes.

After working in industrial chemistry, Wolff developed a substance to be used as a binder adhesive that ended up peeling the paint off the railroad cars it was applied to. Years later, after seeing news stories on the Hanging Lake vandalism, he thought a similar substance could be used to remove graffiti.

Beginning in the fall of 2018, Colorado Mesa University researchers began developing a process for lifting paint or graffiti from mineralogically fragile surfaces. In April of 2020, their work resulted in a patent application being filed for the product.

“They did all the work,” Wolff said.

The process involves using cooked starch to first bond with and then pull the paint from the substrate as the starch dries and contracts.

Junior Colorado Mesa University student Yasmin Shashova said she was initially introduced to the project while taking a chemistry course with Wolff.

“I thought the concept was really interesting. The starch compound is not toxic or bad for the environment and I thought we were doing a positive thing for the community,” she said.

On Tuesday, she and a couple other students with the project headed out to graffiti sprayed at locations in town to see how well their product worked. The experiment served as the first real-world application of the gelatinized starch solution. Using cornstarch and water, the solution was heated up until the paste thickened and turned translucent.

It was applied to graffiti under a bridge off Fifth Street, as well as a nearby rock. Multiple coats were applied, depending on the surface.

In three days, the students will return to see the results and for additional washing that may need to take place, including brushing the paint and starch flakes off with compressed air or a power washer.

Shashova admitted she was concerned about people messing with the graffiti spots in the interim. She and others involved on the project plan to check out the site every 24 hours over the next few days to make sure it’s untouched.

Other students involved in the project include Sara Clark, Ali Lange and James Peake.

“It was really cool to be able to actually go out there and apply it in the real world after all the work in the lab. The graffiti was actually identified by a GJPD officer so to be able to help clean up the community feels nice,” Shashova added. ”We want to see how it will work in the real world — how it will react to things like rain and how it could be practical for police departments to be using.”

Questions that still need to be answered include determining exactly what work needs to be done after the solution is applied.

“One of the things we do at (The Colorado Mesa University Innovation Center) is to combine projects to get intellectual product ideas off the ground. We hook students up with patent attorneys and help fill the gaps wherever they need,” Tom Benton, acting director of the Colorado Mesa University Maverick Innovation Center. “We try to protect their rights when they come up with an idea.”

According to Benton, the Innovation Center has helped students commercialize several ideas in the past, such as a motorcycle pantsuit developed by one student and another student produced shin-guard product that the student sold.

“My passion is to see students develop interest in commercial products. I want them to be their own businessmen and businesswomen or become a valued member of a team that produces new products,” he added.

He said the students and instructors worked with the city of Grand Junction to allow them to test the product on city surfaces, providing them with their first “customers” to allow commercial application to begin.

While developing the solution, students tested it on various surfaces such as river rock, concrete, wood, brick and more and used spray paint purchased from Walmart and other stores to test with.