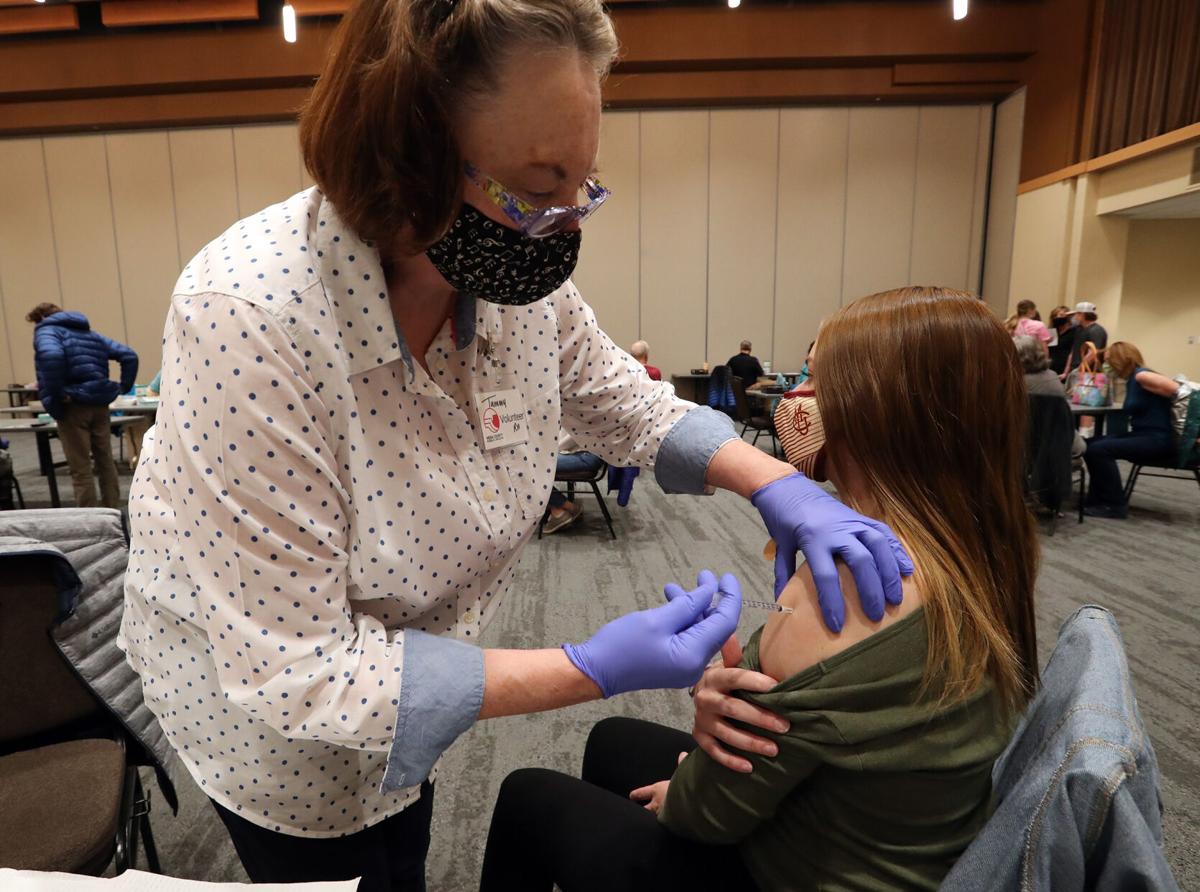 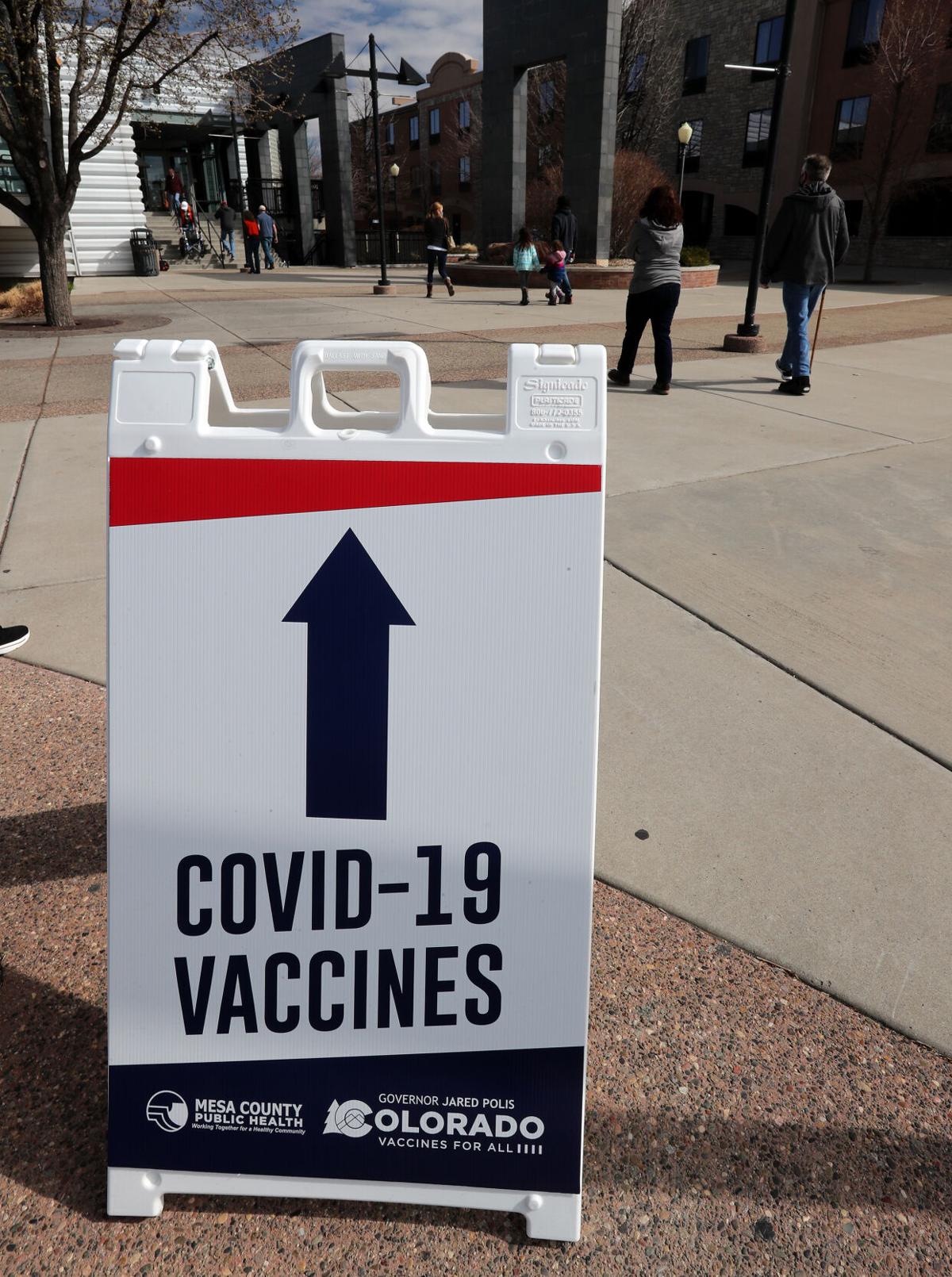 Vaccination at the Two Convention Center. County looking to update soon and it depends somewhat on vaccinations. 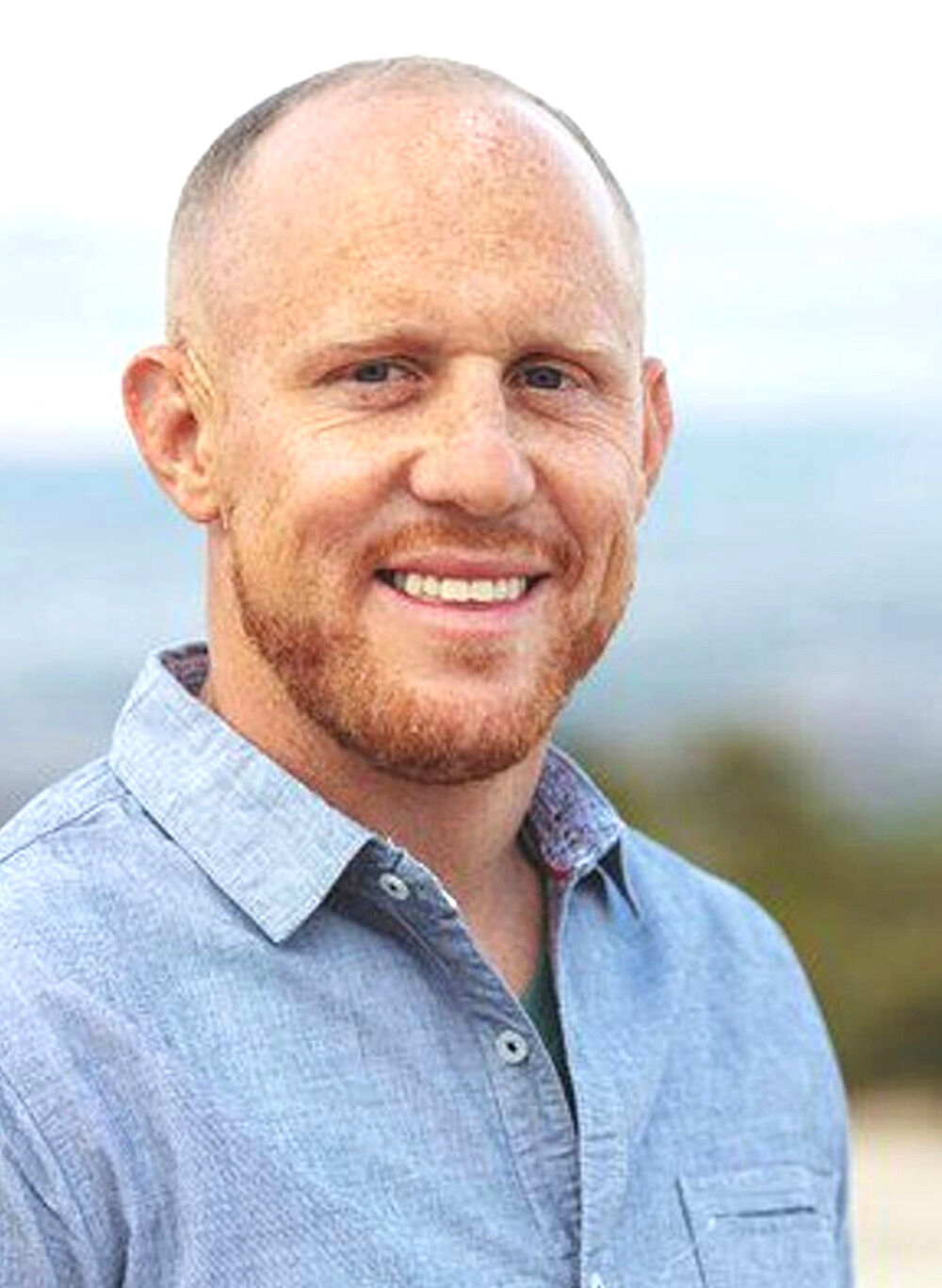 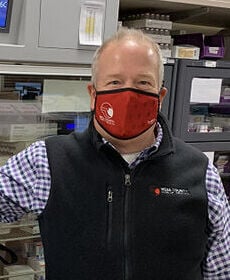 Vaccination at the Two Convention Center. County looking to update soon and it depends somewhat on vaccinations.

Mesa County is poised to be fully open for business as soon as three weeks from now, but only to those who want to be and then only if the COVID-19 vaccines are available to everyone by then.

The county’s plan, which the Board of County Commissioners approved at its regular Monday meeting, centers on one basic theme: Individual county residents and businesses would be able to decide for themselves what level of restrictions they want to follow.

But that plan also comes with a few caveats and one major plea: Don’t berate anyone for whatever choice they make.

“The beauty of this entire resolution is a person’s ability to choose,” said Commissioner Cody Davis. “If a business wants to continue to social distance and take the recommendations from (public health experts) and require masks, they can do that. There’s also the freedom of a business to not social distance and wear masks, as well as churches and organizations.

“This resolution is not intended for people to be judgmental towards others who makes decisions for themselves, but rather gives them the freedom to make the decision for themselves,” Davis said. “So if a person still feels fearful of this disease, this virus, they can choose. This just allows people to make those decisions.”

The caveats include allowing businesses, churches and others to operate at 100% capacity, but event organizers are encouraged to implement social distancing and other safety protocols.

Those that expect 2,500 people or more, however, would need to go through a “plan review” process with the health department.

While the Mesa County Board of Health, which signed off on the county’s reopening plan last week, still would provide recommendations on such things as mask wearing and social distancing, it would only be a suggestion.

At the same time, Public Health Director Jeff Kuhr said he plans to continue to stay on top of any new spread of the virus, primarily by maintaining a robust contact tracking team that would be ready to deal with isolated outbreaks.

“I want people to know that we will continue to do case investigations and contact tracing and monitoring hospitalizations,” Kuhr said. “When we get increased hospitalizations, when we get outbreaks, we will mitigate. I have a team that does nothing but work with places that have outbreaks to reduce risks of further infections in those facilities, and will continue to do so.”

Last week, Kuhr had briefly opened up availability of the vaccines to everyone in the county, including those younger than 49, but had to back off after the Colorado Department of Public Health and Environment asked him.

Instead, until that “Phase 2” of the vaccine rollout is approved statewide, which is expected to occur by mid-April, Kuhr is asking people in that group to fill out the health department’s request form.

Doing so will allow the department to notify them in case there are appointment slots available, something that would only happen if there are leftover doses and open appointments for people to get them.

“I was told by the state that we can’t be further ahead than others, and that makes a lot of sense because now our site is one of the six state (hub) sites, and so we would have a lot of (out-of-county) people coming in,” Kuhr said. “It’s important that we stay in pace with each other.”

The move by the county also is expected to align with where Colorado public health officials expected the state to be by then.

That’s partly why they are redoing the state’s COVID-19 alert dial, which is expected to be fully phased out as soon as late April or early May.

In the meantime, state officials are expected to rewrite the lowest restriction — green — to correspond with the same things that Mesa County hopes to do, allowing local governments to decide for themselves what restrictions to place on their residents.

Those local-control changes also are expected to include the statewide mask mandate, which under Gov. Jared Polis’ latest update, expires in about two weeks.

Kuhr said that if new infections and extremely low hospital rates continue their downward trend, the county could be in the green category very soon.

Currently, the vaccine is open to anyone aged 50 and over, and frontline essential workers, which includes anyone who works in a restaurant or bar, a manufacturing facility, the U.S. Postal Service, transit workers, anyone aged 16-49 who have at least one high risk health condition and people in human services, faith leaders, local and state government and those who care for the homeless.

To schedule an appointment, sign onto the county's wait list or to learn where else you can go to get the vaccine go to https://health.mesacounty.us/covid19/vaccine/