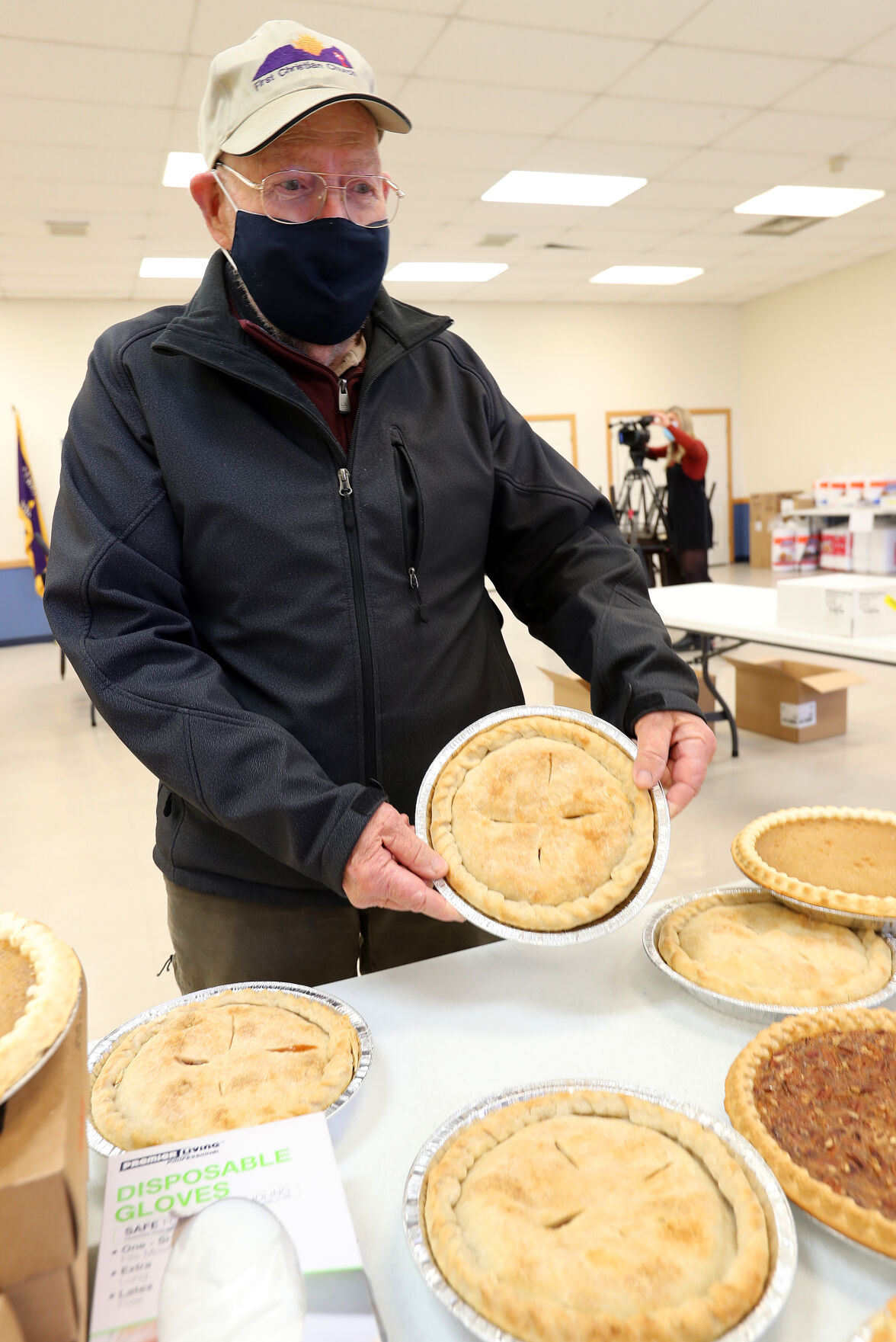 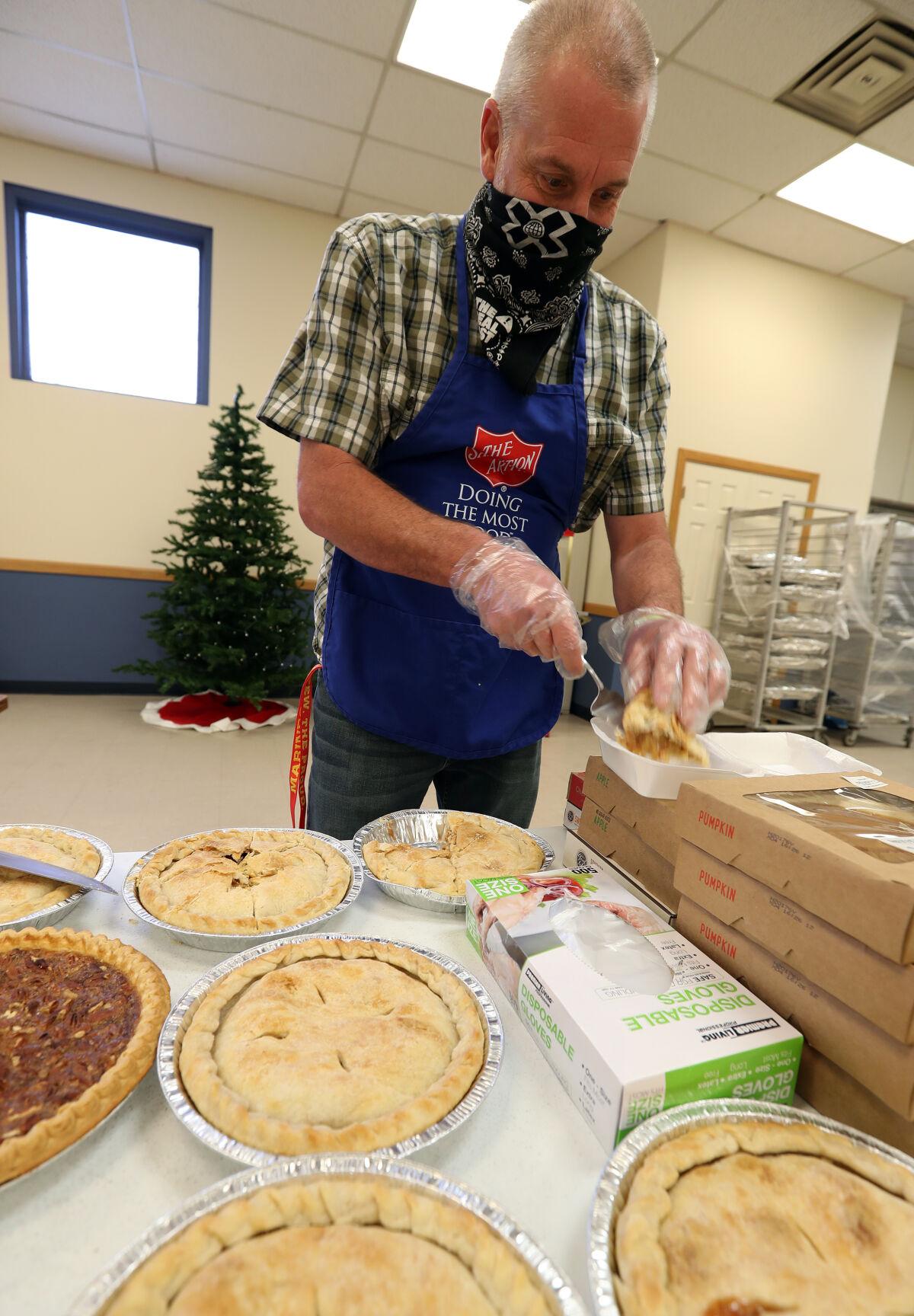 Salvation Army Capt. Joe West remembers last year and spending time with a woman, a very thankful woman, who was able to sit down and have a Thanksgiving dinner with all the trimmings at the Elks Club. It made for a special day during difficult times for this woman.

“I sat with her and we talked, and she was so grateful for everything,” West said. “She looked at me and said I used to be one of the ones who gave, and now I’m here.”

Every Thanksgiving is special for West and the countless number of community members who come together every year to provide a dinner for those in need, the homebound, the shut-ins, to anyone and everyone who wants a nice dinner.

This year is different. Just like it has affected virtually every aspect of our lives, COVID-19 ruined the Thanksgiving Day plans for a sit-down dinner.

“Typically, we are at the Elks and have a sit-down dinner but we just weren’t able to do that, but we’ll be back next year, I’m sure,” West said. “That’s what we strive for. It’s not just to feed people. It’s what people deserve, people deserve to have a special day. Everybody deserves at least one day a year that feels like family.”

With the sit-down dinner postponed, West and all those community members were undeterred and they simply shifted the plan, while always keeping the focus on the dinner’s ultimate mission, which is to provide a holiday meal to those who need or can use a nice Thanksgiving dinner.

Even without a sit-down location, it remains a huge project with hundreds of hands on deck preparing food, packing meals, coordinating delivery and more duties.

West said last year they served about 2,700 meals and this year he estimated that they had more than 3,000 meals go out the door.

On Thanksgiving, the kitchen at Sodexo on the Colorado Mesa University campus was dark, everything clean and sanitized with no one in sight.

But on the day before Thanksgiving, that Sodexo kitchen was a bustling operation with chefs, volunteers and food preparers zipping around like it was Black Friday.

This was the big work day for Sodexo, and it, too, had some major adjustments to make because of the pandemic.

“There were really two main things that were different,” said Shelly Duran, general manager of dining services at CMU. “First, donations were down this year. The second thing is the volunteering. We only use campus folks and staff because we know they’ve been testing.”

The numbers tell the story.

Last year, there were 120 donated turkeys and this year there were 84.

Last year, 36 volunteers were helping at Sodexo and this year that number dropped to 20. Fewer volunteers was mainly about the more conscious focus on COVID-19.

Duran said with fewer volunteers, more duties fell on kitchen staff, but she said the annual Thanksgiving dinner project is such a rewarding endeavor that it was no big deal.

“It’s such a special thing to be part of this,” she said.

Duran gave a giant helping of credit to executive chef Daniel Widhammer for his effort.

From working with the Salvation Army to organizing the kitchen to making sure that these Thanksgiving dinners are as delicious as possible, Widhammer has always been dedicated to this project.

“He organizes everything. He started three months ago preparing for this,” Duran said. “He watches every single detail from start to finish.”

Food delivery is always part of the Thanksgiving dinner program, but it’s never been 100% delivery and pickup like this year.

Canyon View Vineyard Church was one of the big food delivery organizations and they handled the bulk of the Salvation Army meal delivery.

Like every year, the community came together to make sure many had a special Thanksgiving dinner.

It was a little different than before but it was still a successful mission.

For West and most others who helped make the day a success, the hope is to once again have a sit-down Thanksgiving dinner next year.

The meal is the main thing, but providing a slice of friendship and family is one of the things missing this year.