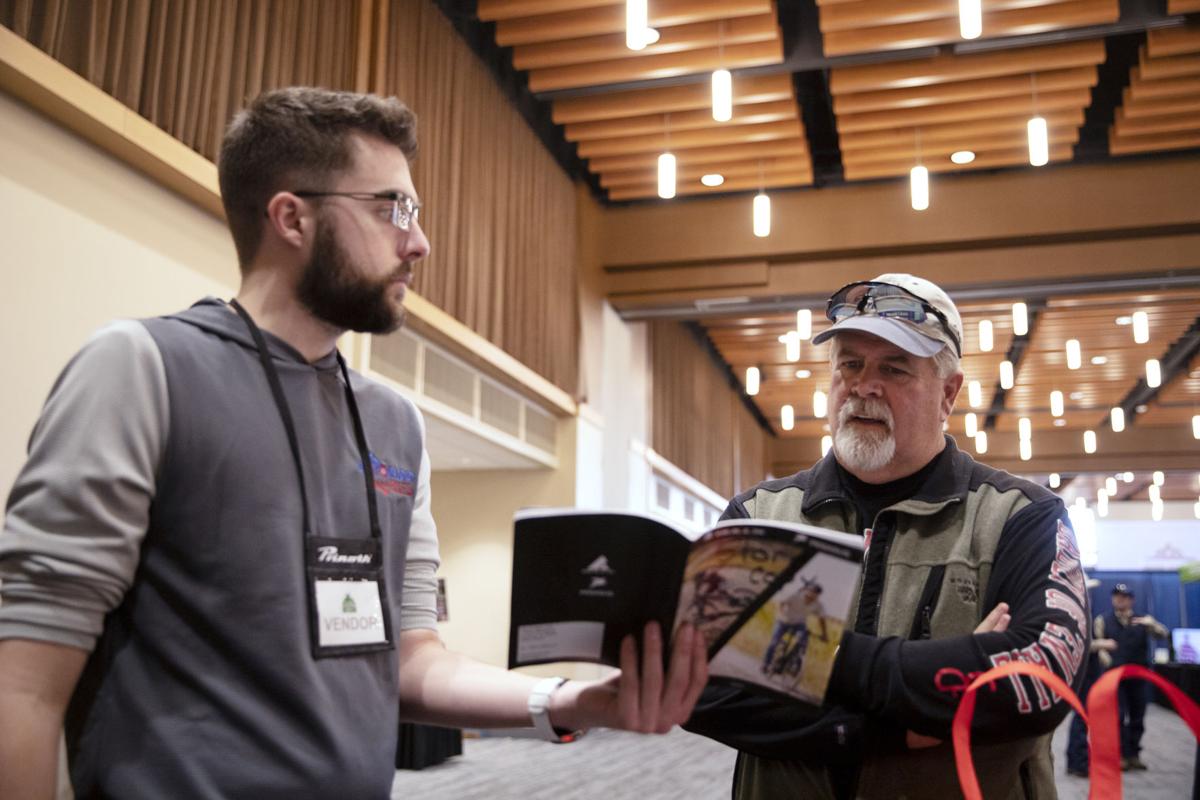 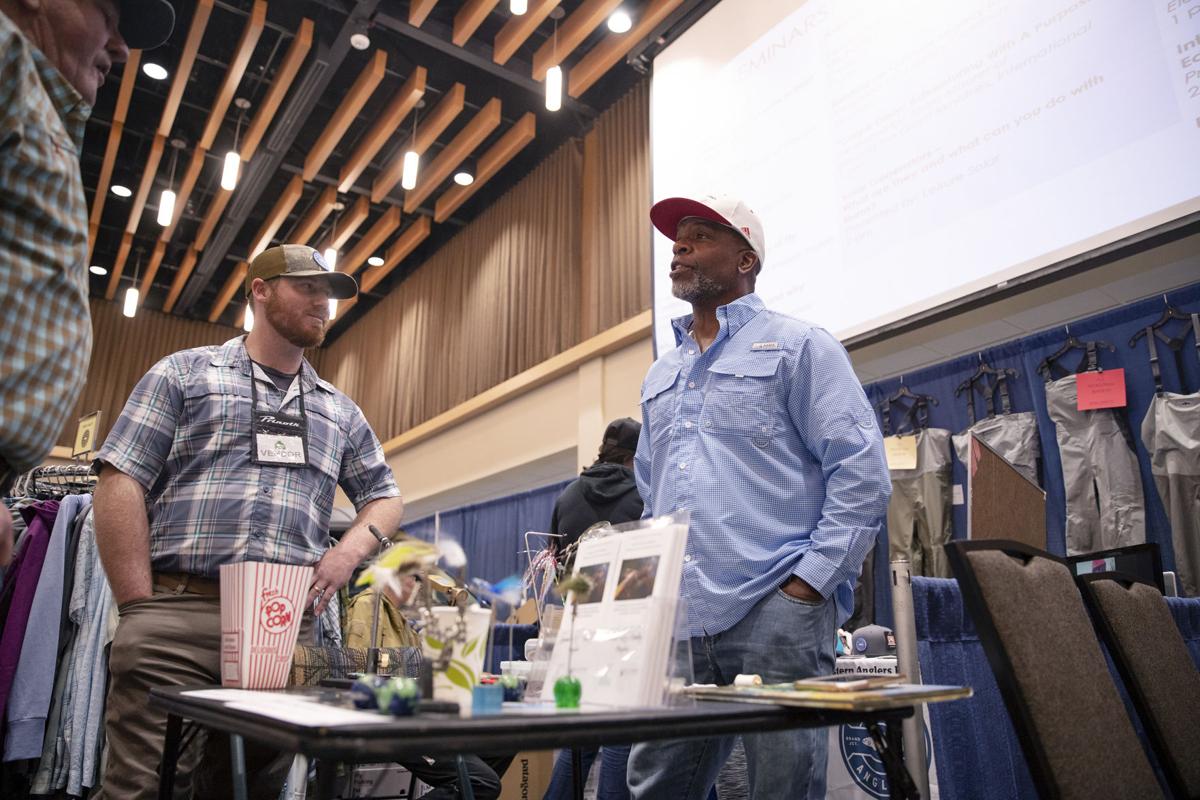 A guide for Western Anglers Fly Shop, middle, and David Combs with Grand Valley Anglers, right, speaks with an attendee of the Explore the Outdoors Expo at Two Rivers Convention Center on Saturday.

A guide for Western Anglers Fly Shop, middle, and David Combs with Grand Valley Anglers, right, speaks with an attendee of the Explore the Outdoors Expo at Two Rivers Convention Center on Saturday.

A report from the Outdoor Foundation released last month has some in the outdoor industry nervous, as it showed only half of Americans headed outdoors for recreation in 2018.

The report showed that Americans made one billion fewer outdoor recreation outings than they had a decade earlier. With the Explore the Outdoors Expo this past weekend, some vendors said they were concerned to see those numbers, but felt optimistic about recreation in outdoor-friendly Colorado.

“It is concerning, not more or less for selling stuff, but for the health of everybody,” Western Anglers Fly Shop Guide Tyler Morris said. “For kids, just getting out there for 30 minutes makes a difference.”

Scott Manuppella, owner of Colorado eBikes, cited technology like smartphones as one cause of the decline. He also said electric bikes like the ones he sells can get people outside who might not otherwise.

“We live in Colorado. It’s (recreating outside) what we need to do,” Manuppella said. “It’s why we live here. So, I do think that (riding an ebike) leads to going out for a hike or going fishing or hunting. I think it leads to a more active lifestyle.”

“It’s always fun to try something new,” Donnelly said. “You just don’t know how fun it is if you haven’t gone out and tried it. It’s hard to explain the experience, but watching the dog work and everything is a fun experience.”

One of the bright spots in the Outdoor Foundation report showed recreation increasing among women and minorities. Morris said a sport like fly-fishing has been changing to be welcoming to everyone.

“It’s very inclusive,” Morris said. “It’s not the same way it was 50 years ago. It’s not just old white men. We’ve got literally everyone flyfishing these days.”

Manuppella said growing the number of Americans who participate in recreation will also mean involving people who aren’t thought of as traditional outdoor enthusiasts — older people, people with disabilities and people who aren’t as athletic. “We do a lot of custom three- wheeled trikes,” Manuppella said. “We do a lot of stuff for the VA and wounded warrior projects, but for average people, we had someone pick up a trike yesterday who would not be going out. It’s a hint of freedom for them.”