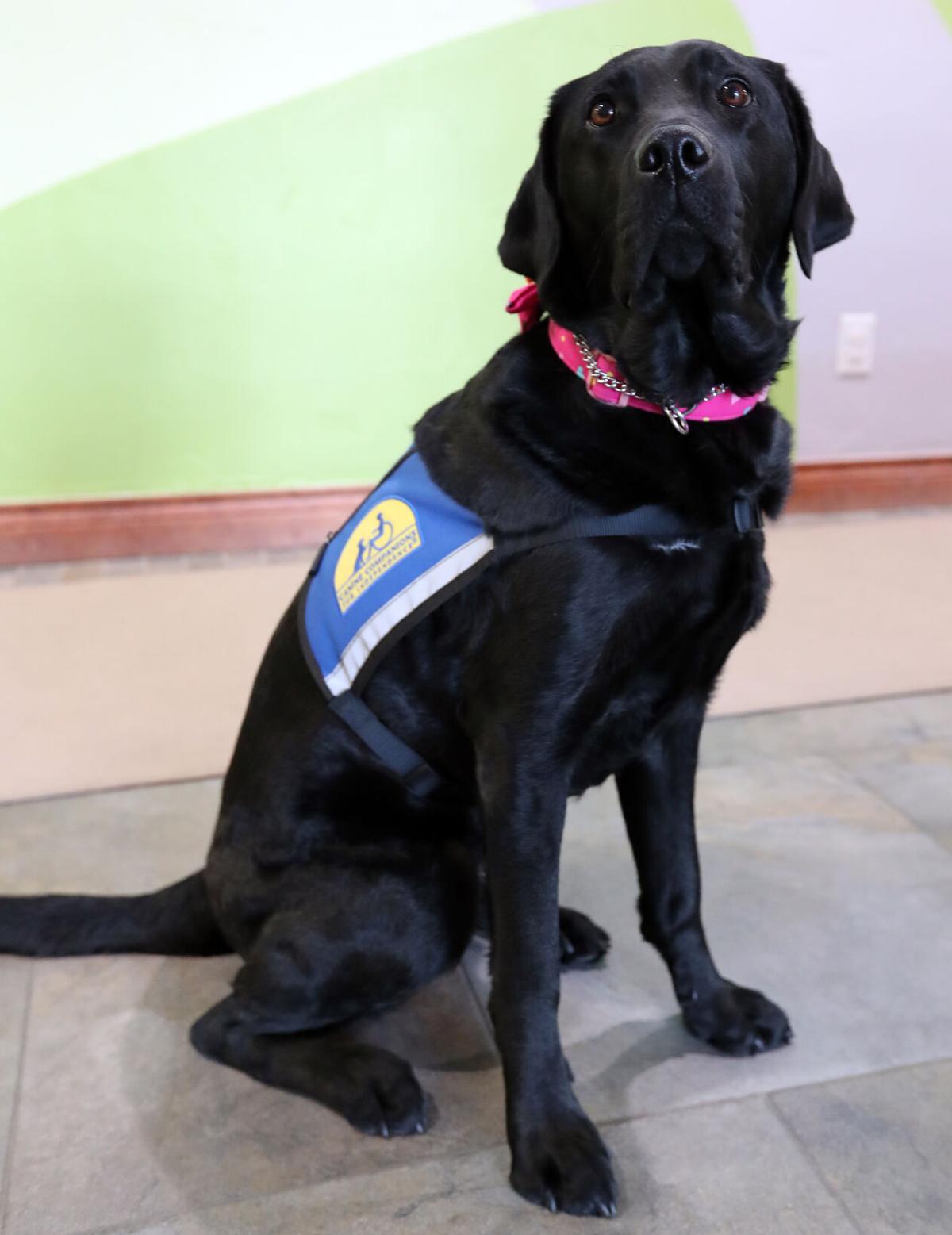 Rachael II at the Center for Children. 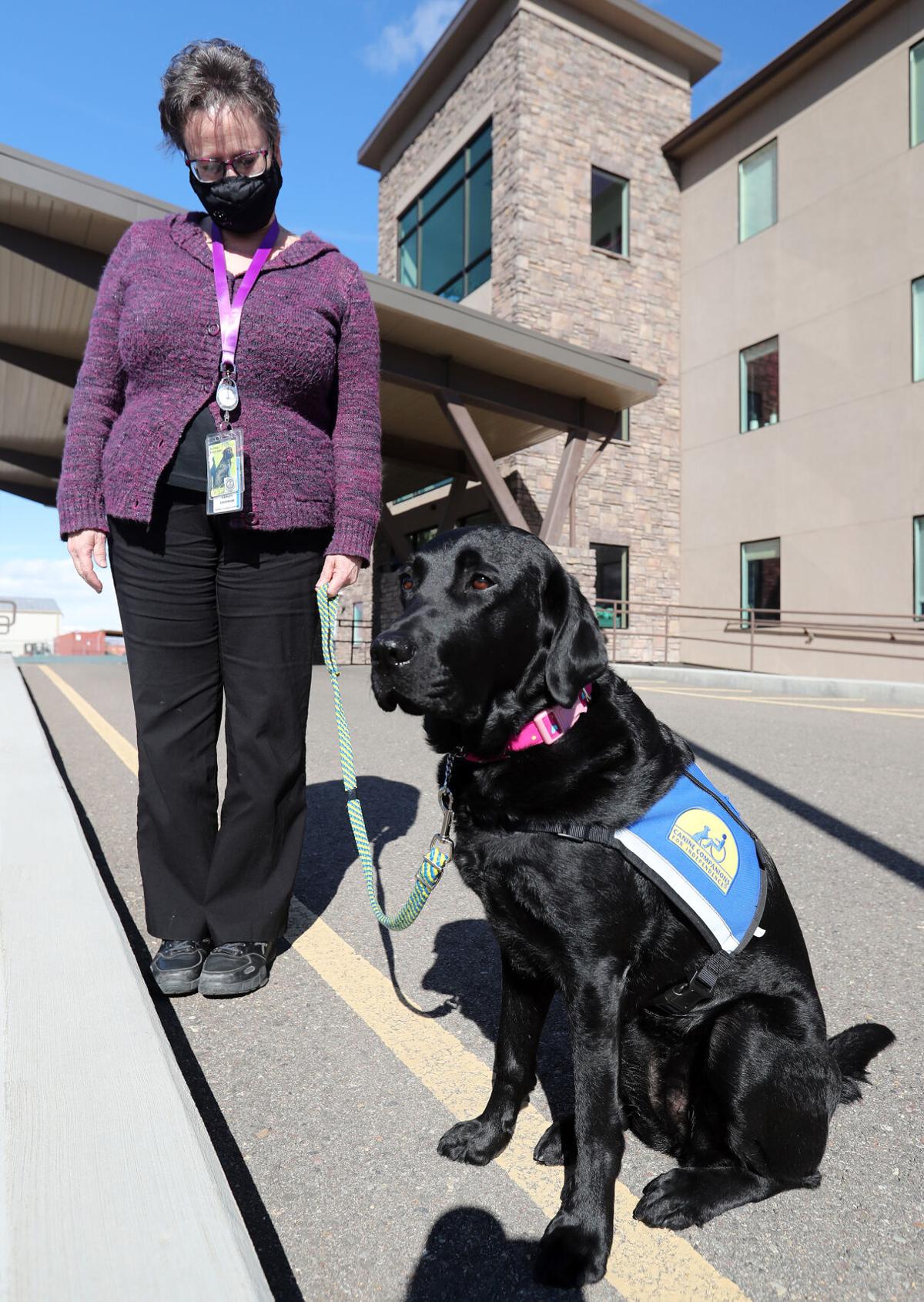 Ashley Edstrom holds the leash of Rachael II at the Center for Children. The Labrador retreiver is a facility animal for child victims of crime. 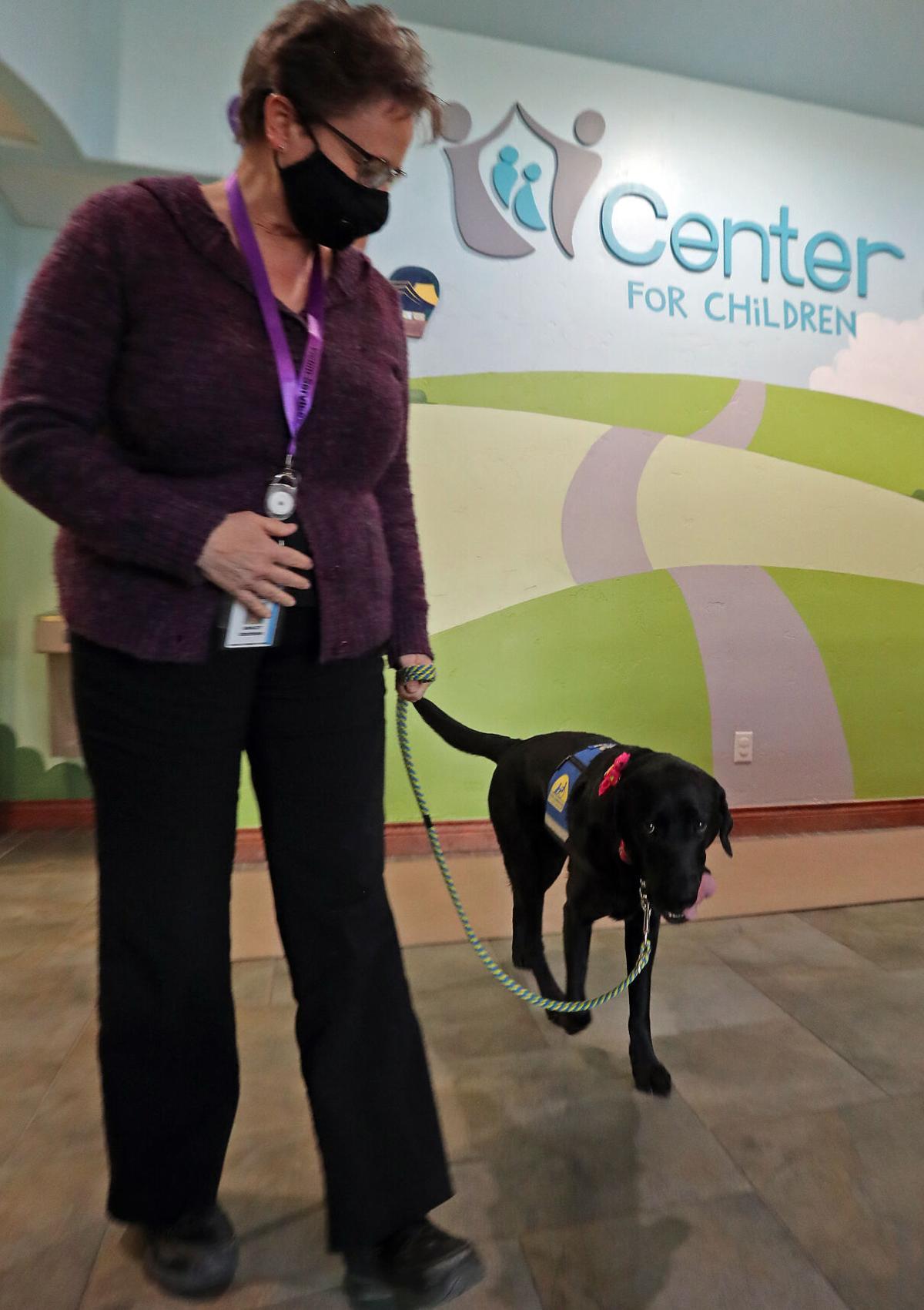 Ashley Edstrom with Rachael II at the Center for Children.

Rachael II at the Center for Children.

Ashley Edstrom holds the leash of Rachael II at the Center for Children. The Labrador retreiver is a facility animal for child victims of crime.

Ashley Edstrom with Rachael II at the Center for Children.

In a precedent-setting opinion for the of the state, the Colorado Court of Appeals ruled that the victim in a Mesa County sexual assault on a child case was allowed to have a court facility dog at her feet while she testified during trial.

On appeal, the defendant in the case argued the presence of the dog violated his confrontation rights because its presence mitigated the victim’s discomfort about naming him as her abuser in court, which lessened the reliability of her testimony.

The Colorado Court of Appeals said the defendant’s right to confrontation doesn’t carry with it a right to impose discomfort on an accusing witness.

Twenty-first Judicial District Attorney Dan Rubinstein called the decision an important one after it was released on Thursday.

“I find it disturbing that the defendant would argue that he

essentially has a constitutional right to intimidate a child vic-tim,” he said. “Use of facility dogs at trials to comfort victims has been growing over the years, and the legislature’s stamp of approval last legislative session by enacting a statute favoring their use has been a great victory for victims in

Rubinstein called court facility dogs a valuable tool in assisting witnesses in their ability to calmly recount the facts of the case and enhancing the truth-seeking function of the trial process.

According to the case background, the defendant, Cory Collins, was accused of sexually assaulting the victim between Jan. 2013 and Nov. 2014.

There were reportedly two jury trials in the case, the first of which ended in a mistrial. His defense was that he never touched the victim inappropriately and that she was abused by a friend of her mother’s, a known sex offender. He claimed that she was coerced by her mother to blame him and that the repeated questioning by her therapist and her mother subtly influenced her to name him.

On appeal Collins raised multiple issues. He contended that the victim should not have been allowed to testify because she was incompetent due to her age.

Next, he said the dog deprived him of his federal and state constitutional right to confrontation by allowing a court facility dog to sit at her feet.

He also argued that the prosecution’s expert witness asked certain questions that called for the witness to improperly bolster the victim’s testimony and that the mittimus, a warrant committing someone to prison, must be adjusted to reflect that the pattern of abuse sentence enhancer was dismissed.

The Court of Appeals agreed to adjust the mittimus but rejected his other three claims.

It said that a child under the age of 10 is allowed to testify if the child is able to describe or relate in language appropriate for a child of that age the events or facts that occurred.

Two months before the first trial, the court conducted a competency hearing for the victim. The victim reportedly answered questions posed by the court, prosecutor and defense counsel accurately. She was asked things like her age and who she lives with and explained the difference between the truth and a lie.

The court trial found that the victim was able to relate events or facts in language appropriate for her age.

The Colorado Court of Appeals noted that the Victims’ Rights Act is the intent of the Legislature to assure that all victims of and witnesses to crimes are honored and protected by law enforcement agencies, prosecutors and judges.

The court said that the right of confrontation generally requires that a witness testify under oath, in open court and face-to-face with the defendant. It also states that the witness be subject to cross-examination by defense counsel and the jury should have the ability to observe witness demeanor.

Collins did not argue that these conditions were not met, rather he focused on the victim’s emotional state.

He contends that she didn’t feel the degree of discomfort a testifying accuser should be subject to. “Easing a testifying witness’s discomfort doesn’t violate a defendant’s confrontation rights,” the Court of Appeals argued.