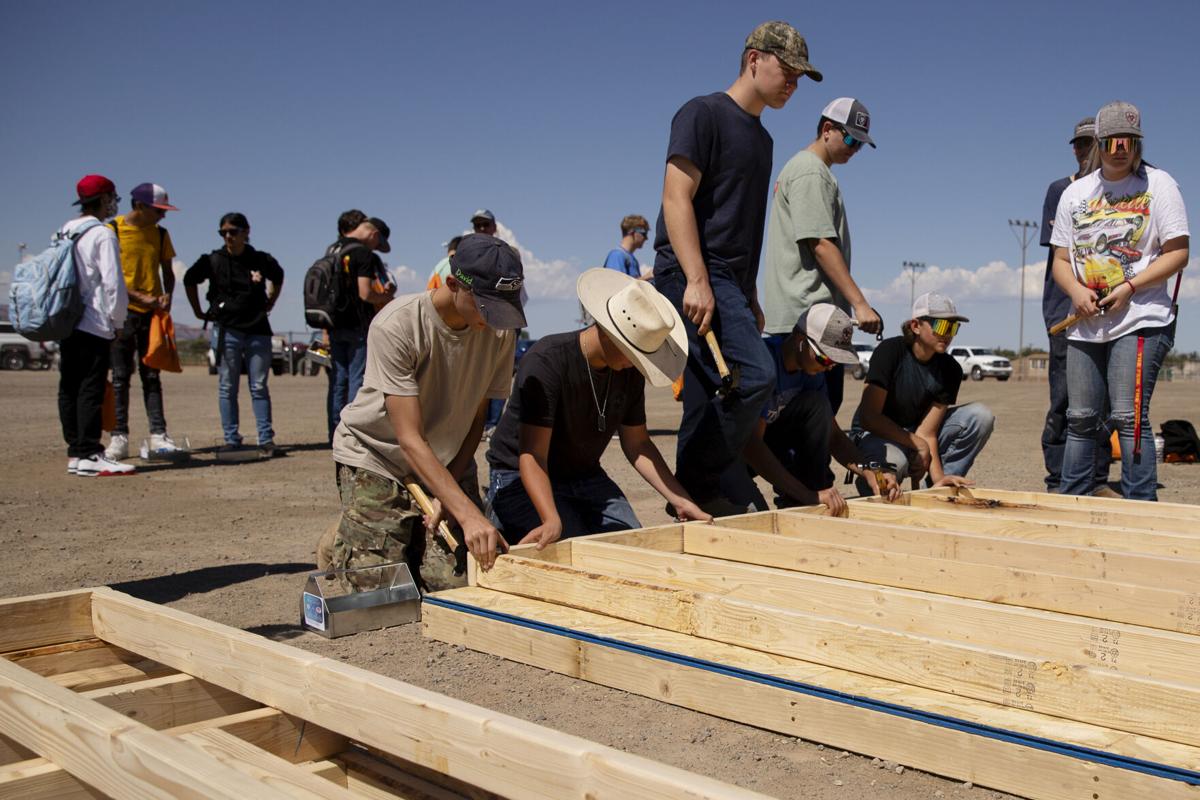 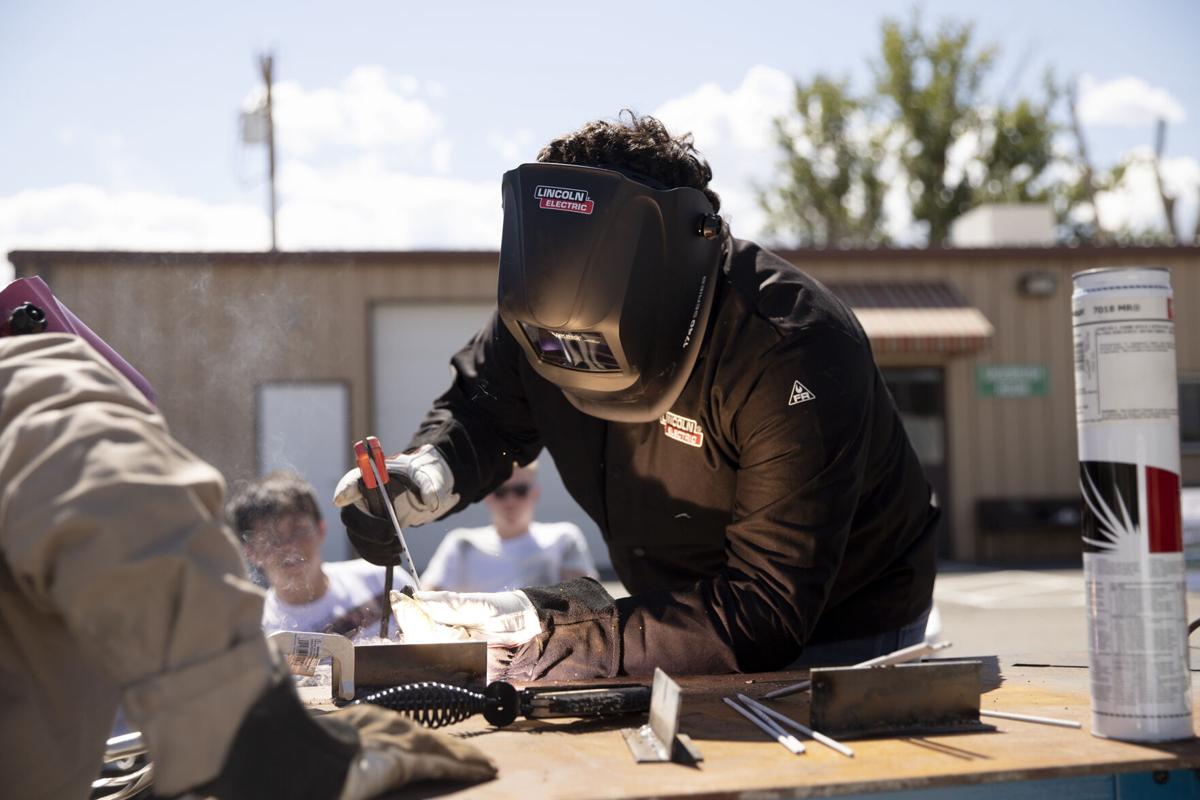 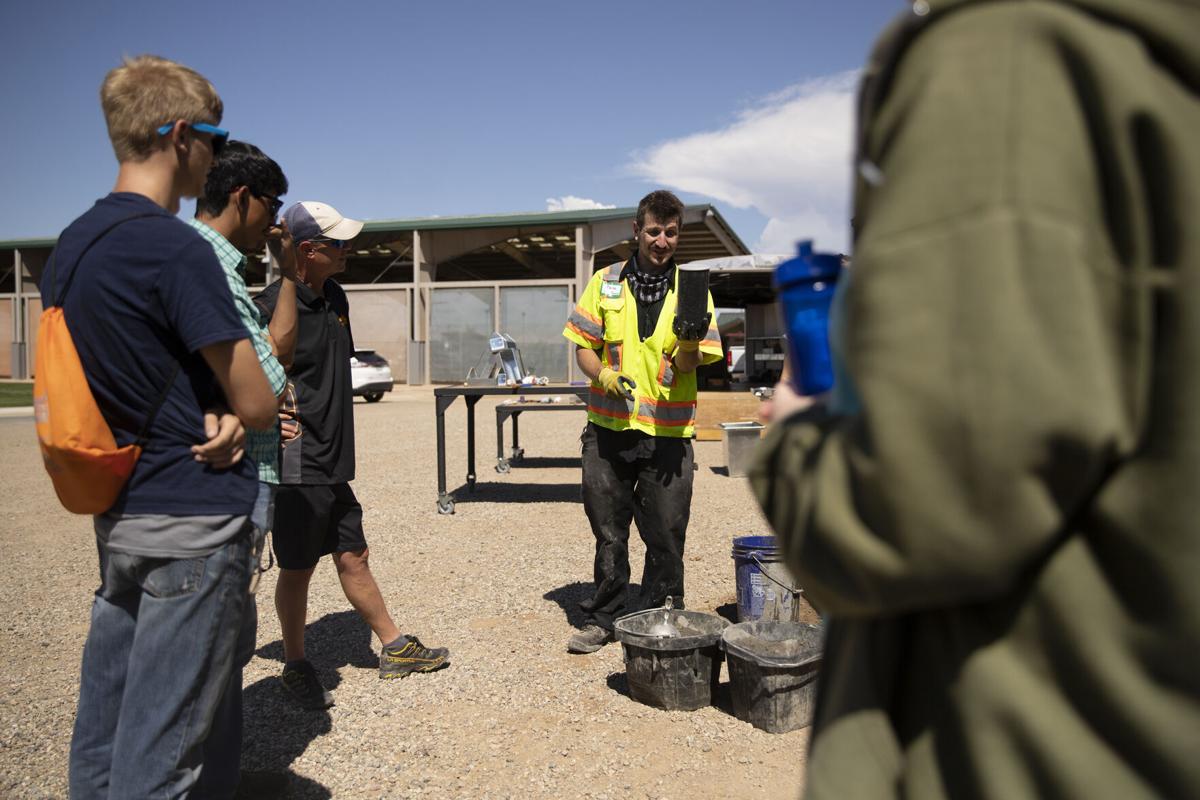 About 300 District 51 juniors gathered at the Mesa County Fairgrounds on Tuesday for the district’s construction career day, an event bringing together area businesses to educate students about careers in the construction industry.

Bo Tobin, work-based learning coordinator for School District 51, said the district first put on an event like this in 2008, then there was a break, and another event in 2019, before COVID-19 led to last year’s event being canceled.

Tobin said the team that puts this event on has been wonderful.

In 2019, there were about 100 students who attended the construction career day, Tobin said. In 2021, that number more than doubled.

“It makes perfect sense for individuals who are hands-on learners to get a really fun experience and exposure to career pathways,” Tobin said.

Sutherland, who is in the auto mechanic and welding programs at Western Colorado Community College, said he was particularly interested in the programs being advertised related to welding because he’s pretty good at that.

“My grandpa was a welder, and he taught me to weld, so I’ve been doing it for a while,” Sutherland said.

One of the stations was run by Colorado Sheet Metal Workers J.A.T.C.

Brian Summers, the apprenticeship coordinator for the organization’s western office in Grand Junction, said he was hoping to open the eyes of the high schoolers to different careers, and recruit for the next generation of sheet metal workers.

“This is a cool thing they’ve done for the high school kids,” Summers said. “Let them see a lot of different career opportunities.”

“Nobody told me about this when I was in high school,” said Reed Ausmus, a self-described late bloomer who has been a sheet metal worker since 2008.

“We keep passing it along, generation after generation of our knowledge,” Summers said.

Students also were able to assemble sheet metal tray baskets as a hands-on project at the station.

While hammering his basket into place, Fruita Monument student John Muncaster said he is part of the welding program at WCCC, and decided coming to the event would be a good idea so he could learn about the different trades related to that.

Muncaster, whose dad is a mechanic, said he’s good with his hands, and he has really enjoyed seeing all the trades offered.

“This type of work really interests me,” he said.