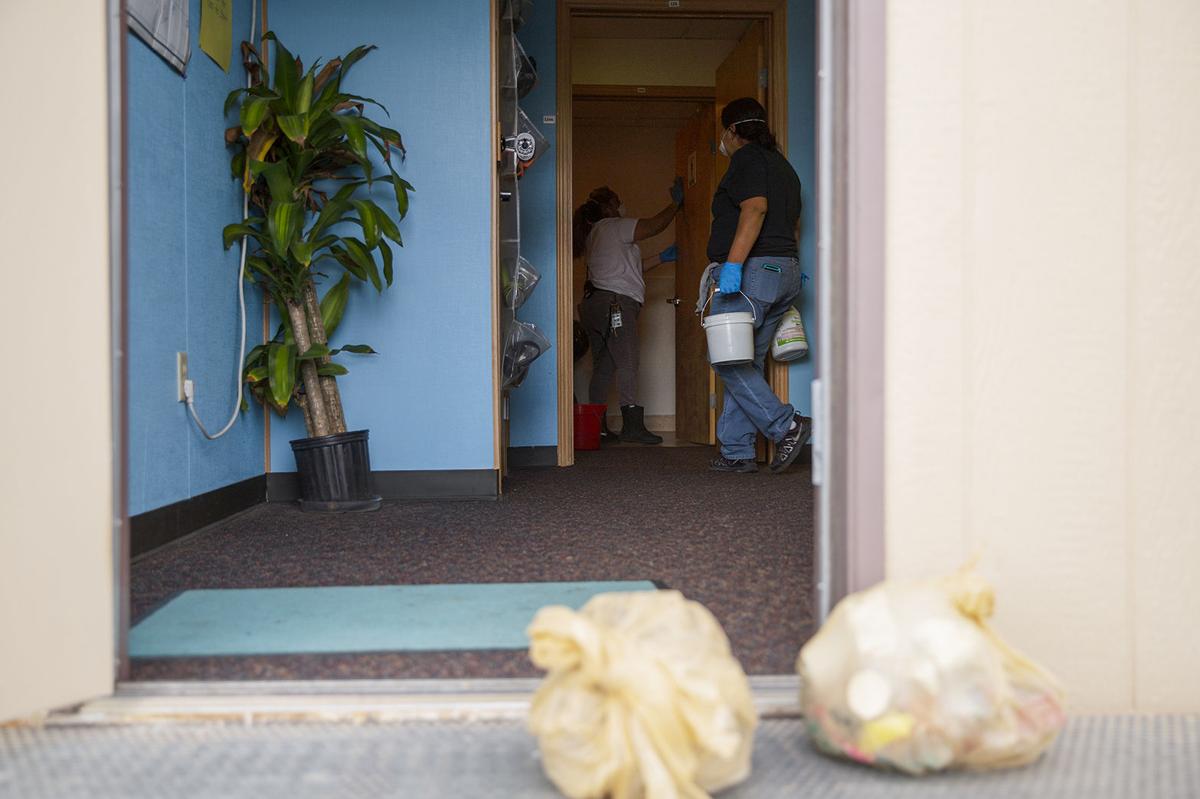 Custodial staff at Grand Mesa Middle School work on disinfecting a classroom on Nov. 20. Due to a contageous virus passed around various student bodies, District 51 will close its schools district wide on Nov. 21. 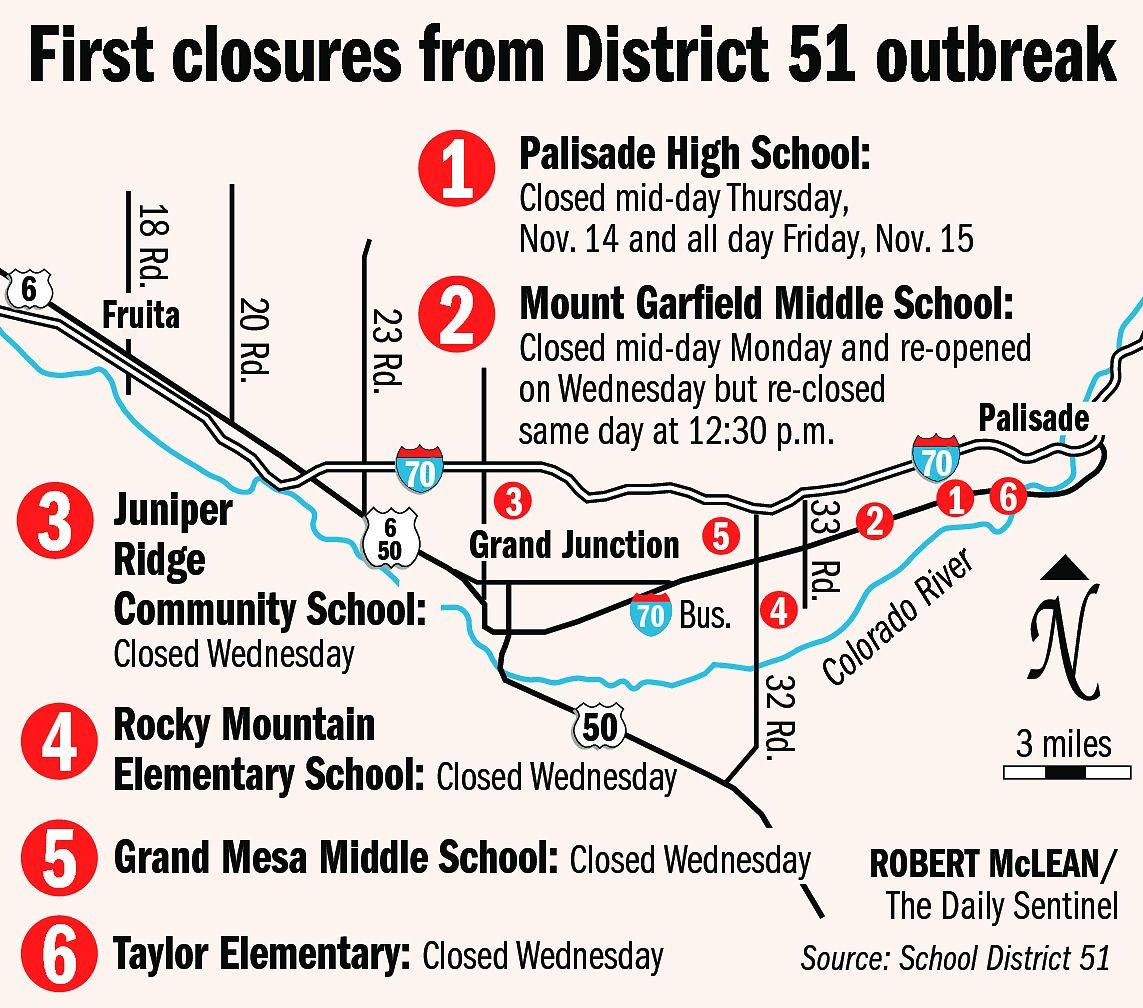 Custodial staff at Grand Mesa Middle School work on disinfecting a classroom on Nov. 20. Due to a contageous virus passed around various student bodies, District 51 will close its schools district wide on Nov. 21.

Mesa County School District 51 students will head to Thanksgiving break early as the district made the decision to close all schools, beginning today, due to a suspected norovirus outbreak that has hit several schools and many students and staff.

"We have never had to close all schools in the district due to illness," Superintendent Diana Sirko said.

While state health officials said the situation is unfortunate, it's not entirely uncommon.

Nicole Comstock, communicable-disease deputy branch chief with the Colorado Department of Public Health and Environment, said there are about 150 to 200 outbreaks suspected to be caused by norovirus in the state each year.

She said norovirus outbreaks are most common at nursing homes but outbreaks at schools are not uncommon.

Comstock called it something schools deal with nationwide and said reported outbreaks tend to pick up this time of year.

According to the state health department, a deep clean with bleach is suggested when an outbreak occurs.

District 51 spokeswoman Emily Shockley said the plan is to clean all the schools thoroughly during the extended break.

"Cleaning is always a big priority during holiday breaks but this time it is exceptionally important," she said.

"It appears that there is now a second, related virus that is affecting students, some of whom have already been ill in recent weeks," she said in the release. "The combination of the two has created an unprecedented spread of illness."

The illness first prompted the closure of Palisade High School last week, later prompting closures of other schools nearby.

Shockley said part of the deep cleaning and disinfecting process will be to go around the schools and hallways spraying the surfaces with bleach solution. She said the custodial coordinator has taken extra measures to ensure the cleaning is done completely, efficiently and carefully.

Part of the deep cleaning will include wiping down surfaces such as chairs, desks, tables, computers, doorknobs and more.

While the custodial crews have been working to disinfect schools, the rapid spread of illness led to the conclusion that closing all schools to allow custodial crews and environmental health and safety team to perform an intense cleaning of the school buildings is the best course of action, the district said.

The Grand Valley is hardly alone in struggles with possible norovirus outbreaks. This fall alone there have been reports of similar school closures because of suspected outbreaks in Georgia, California and the United Kingdom.

Shockley said at this time it doesn't look like the district will have to make up the missed days, but that may change if additional days are needed or another situation requires an extension further down the year.

The district's Lunch Lizard will provide free meals to any District 51 student today and Friday, at the following locations. The stops include:

WHAT SHOULD EVERYONE DO NOW?

According to the Mesa County Public Health Department, the main symptom of the current illness is vomiting, and people are reporting a very short period of time between when they first start to feel ill and when they begin to vomit.

If you or your child is sick, and you have questions about the symptoms or illness, you should contact a health care provider, Mesa County Public Health said.

Local health officials say when someone vomits, tiny particles are ejected into the air. These particles can live on hard surfaces for weeks and it only takes a few of them to infect somebody.

If you have been around someone who was sick, there's a good chance you may have come in contact with some of these particles. Watch for symptoms and isolate yourself for up to 72 hours to stop the spread of illness, health officials say.