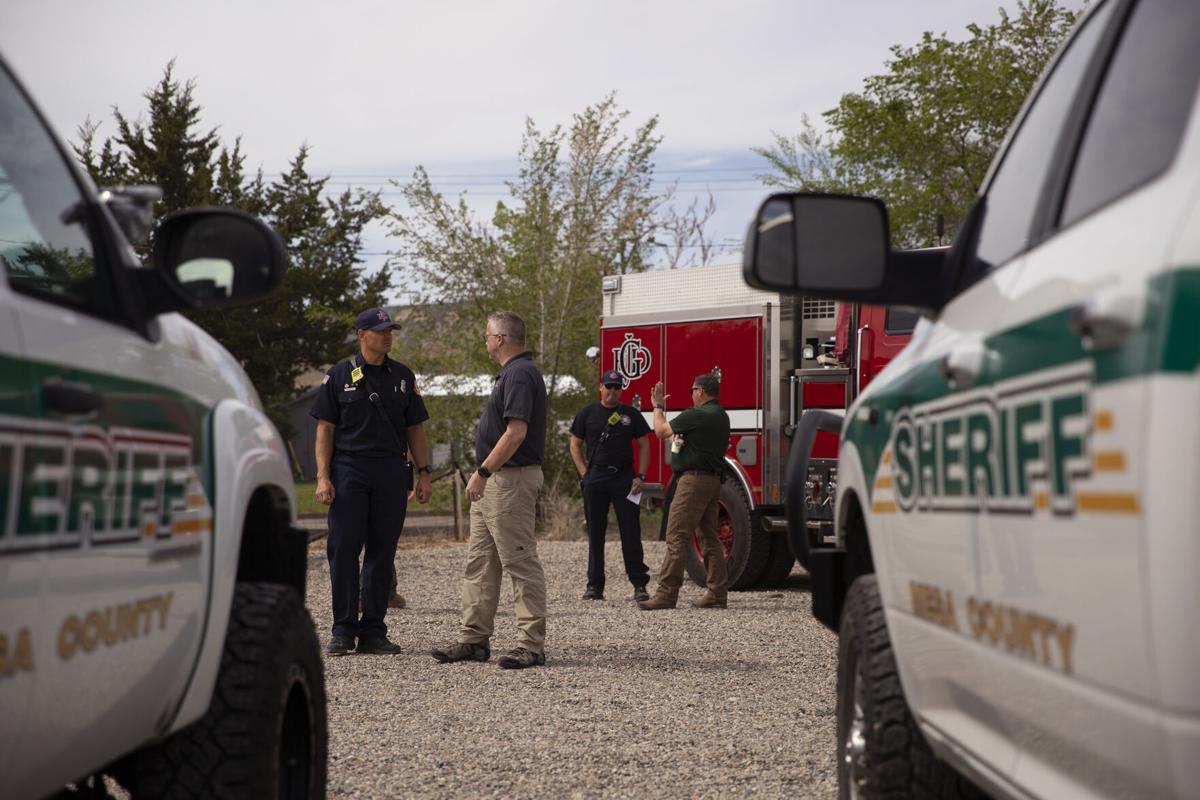 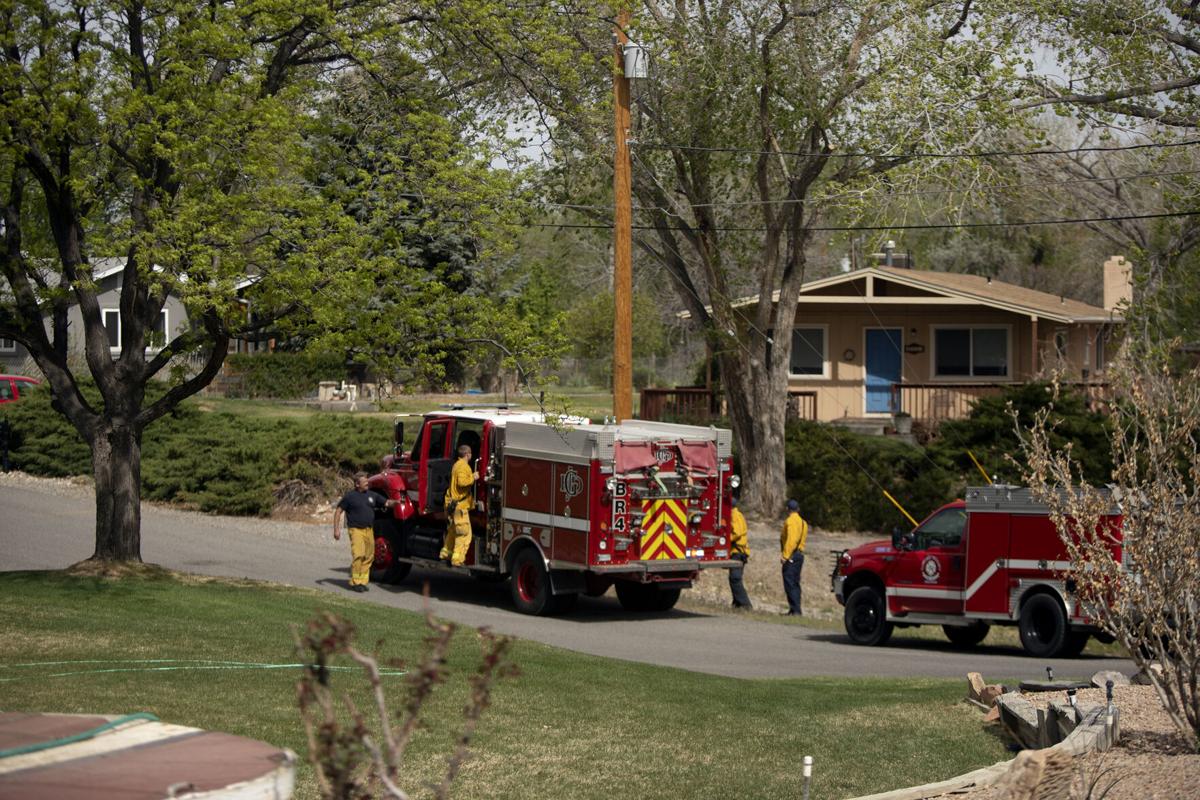 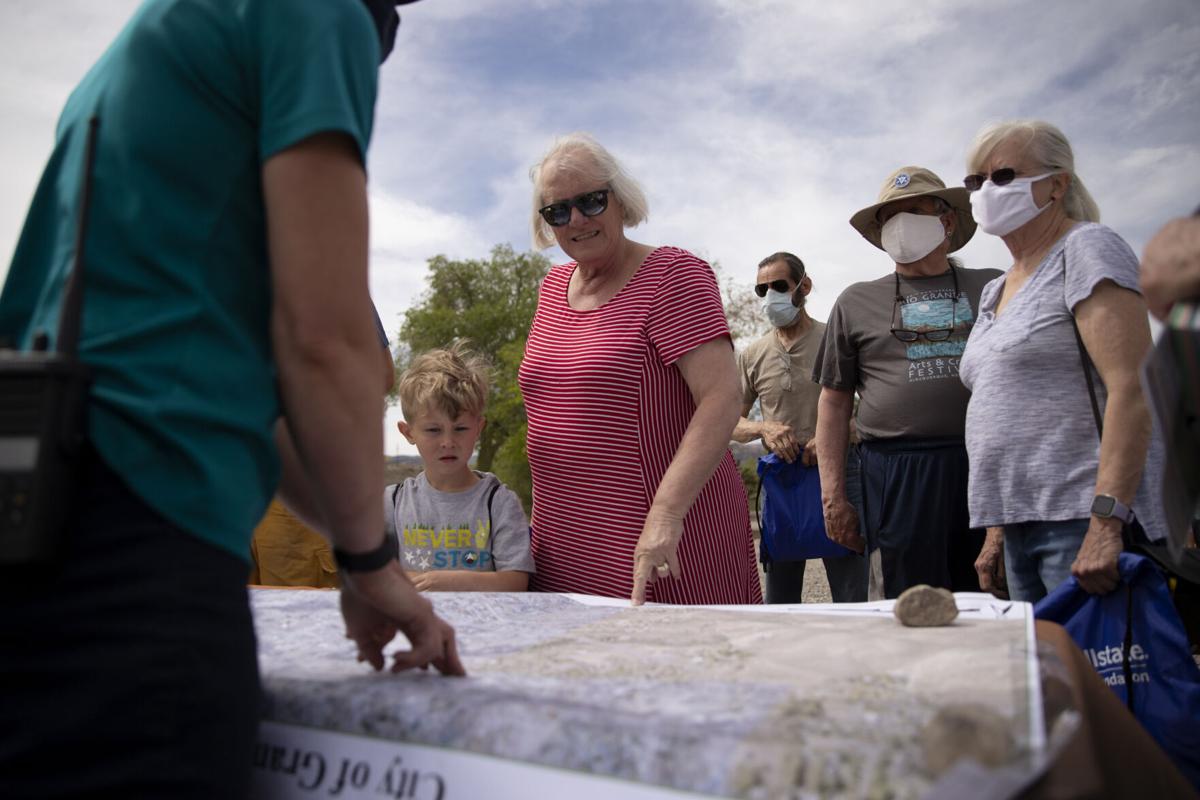 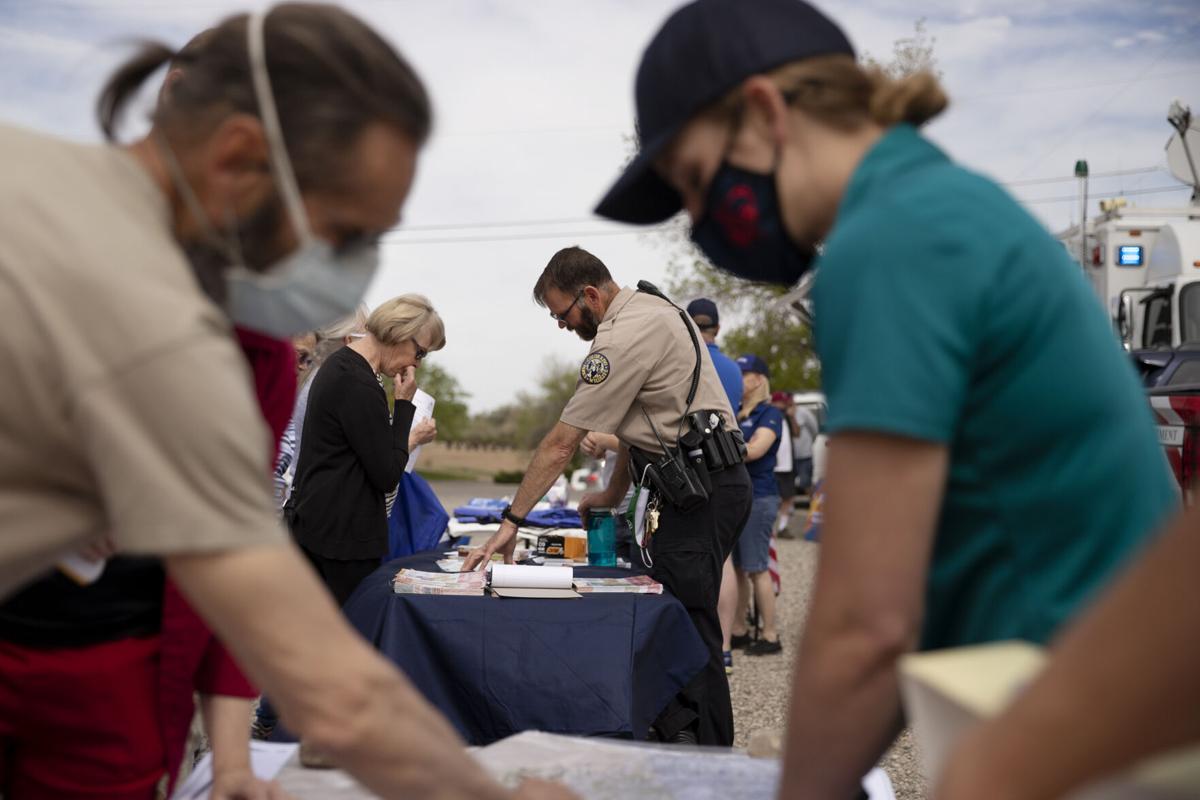 Pete Firmin, in background at right, talks with Betsy Martin about fire safety around the home during a community education event after a wildfire evacuation drill in the Redlands.

Pete Firmin, in background at right, talks with Betsy Martin about fire safety around the home during a community education event after a wildfire evacuation drill in the Redlands.

Emergency crews rushed through the Redlands on Saturday, evacuating homes while firetrucks maneuvered through tight roadways.

Only, there was no fire to fight.

The Grand Junction Fire Department was staging a wildfire evacuation drill. Firefighters acted as if a fire had sparked near Scenic Elementary School, 451 West Scenic Drive, to refine their response times and actions. Along with the Fire Department, the Grand Junction Police Department, National Park Service, Mesa County Sheriff’s Office and School District 51 were there as well. Afterwards, they invited the community to an education event on fire safety.

“We’ve had exercises like this where it’s been a plane crash at the airport, an active shooter situation at a school or the mall. We think about the possibilities of large scale incidents that could visit our communities,” said Heidi Davidson, spokesperson for the Grand Junction Police Department. “We work together as communicators to figure out how to react to this event. Essentially, this is our opportunity to fail.”

The crux of the event was for relevant agencies to work together to secure public safety and take the load off first responders.

Everyone met at True Life Church, 100 Vista Grande Drive. From there, first responders and emergency public information officers raced to a nearby neighborhood to stage their firefighting.

Then, public information officers went to Scenic Elementary, where more information would be given in the hypothetical scenario.

In the midst of the drill, nearby residents received emergency notifications about the event and were invited to True Life for a community education event.

There, they were given advice on how and where to evacuate, and how to prepare their properties for a fire.

For example, having trees touching one another creates a ladder for flames, allowing for quick spread.

While calm and inviting, the event carried an undertone of urgency.

Summer 2020 was a devastating wildfire season, and some meteorologists have said that the Grand Valley is drier now than at this point last year.

Areas like the Redlands are rife with exposed power lines, nimble cottonwood trees (known as widowmakers for how easily burning branches fall) and lots of fuel for fire.

Residents agreed that the event was important because it’s easier to prepare for a fire than it is to recover from one.

Officials were pleased that their message resonated with the public.

“When it comes to periods of danger due to lack of humidity, lack of moisture, high winds, public safety is a community endeavor. We all have to do our part to keep our community safe,” said Dirk Clingman, spokesperson for the Fire Department.

“Think about when we get to July and people start setting off fireworks. One of the focuses of our education event is the idea of defensible space. That’s what you can control on your property. We create an environment that doesn’t allow for wildfire spread.”