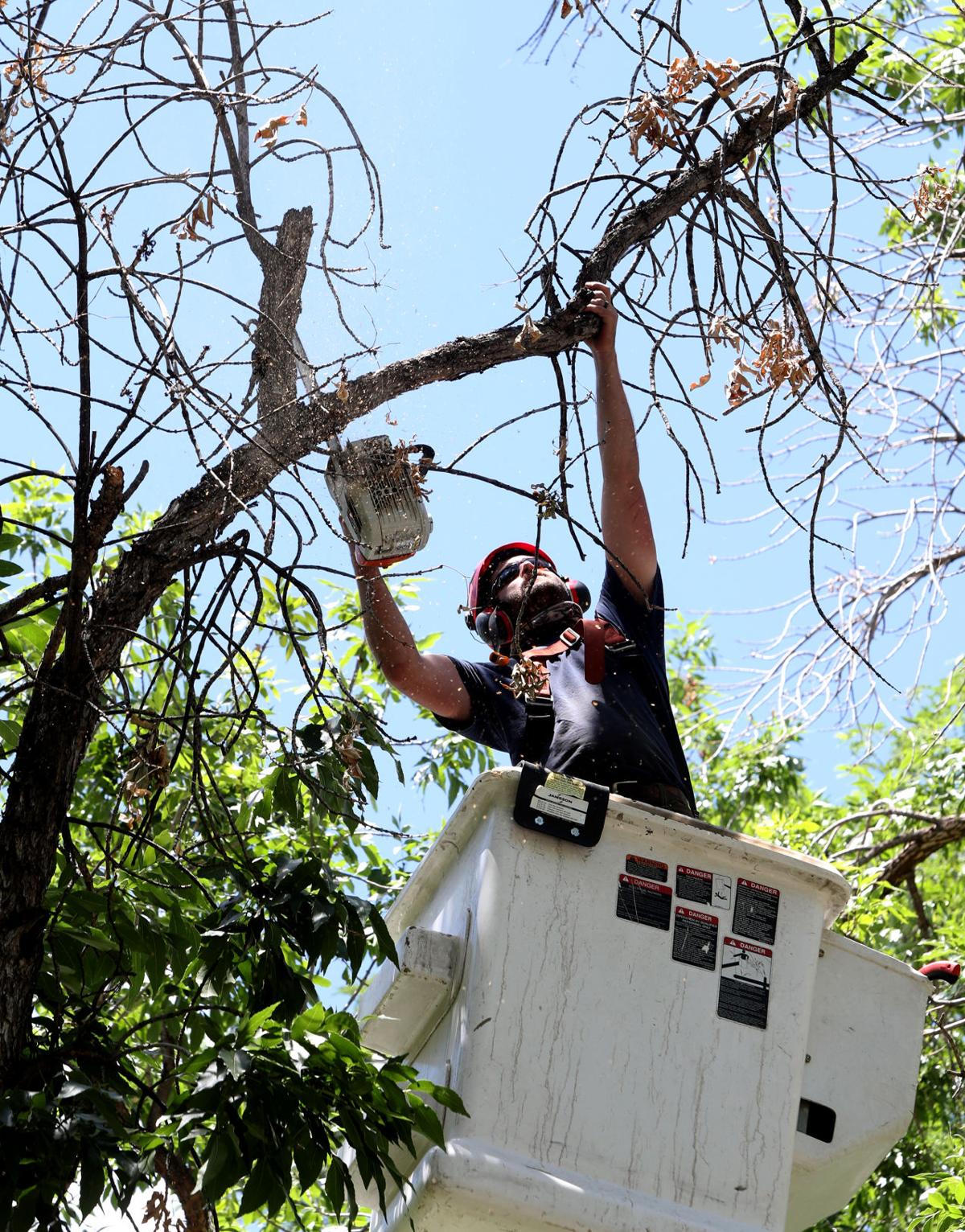 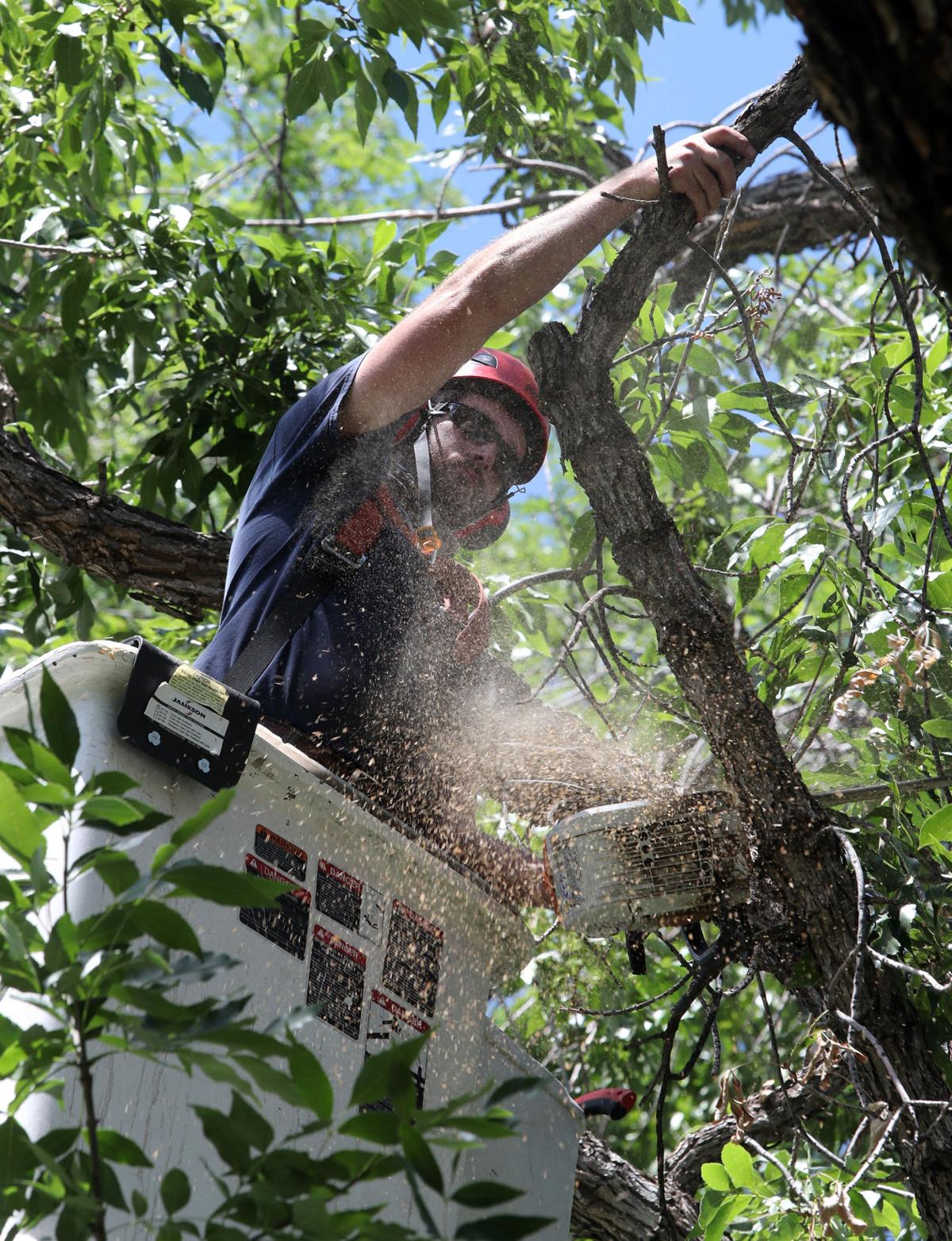 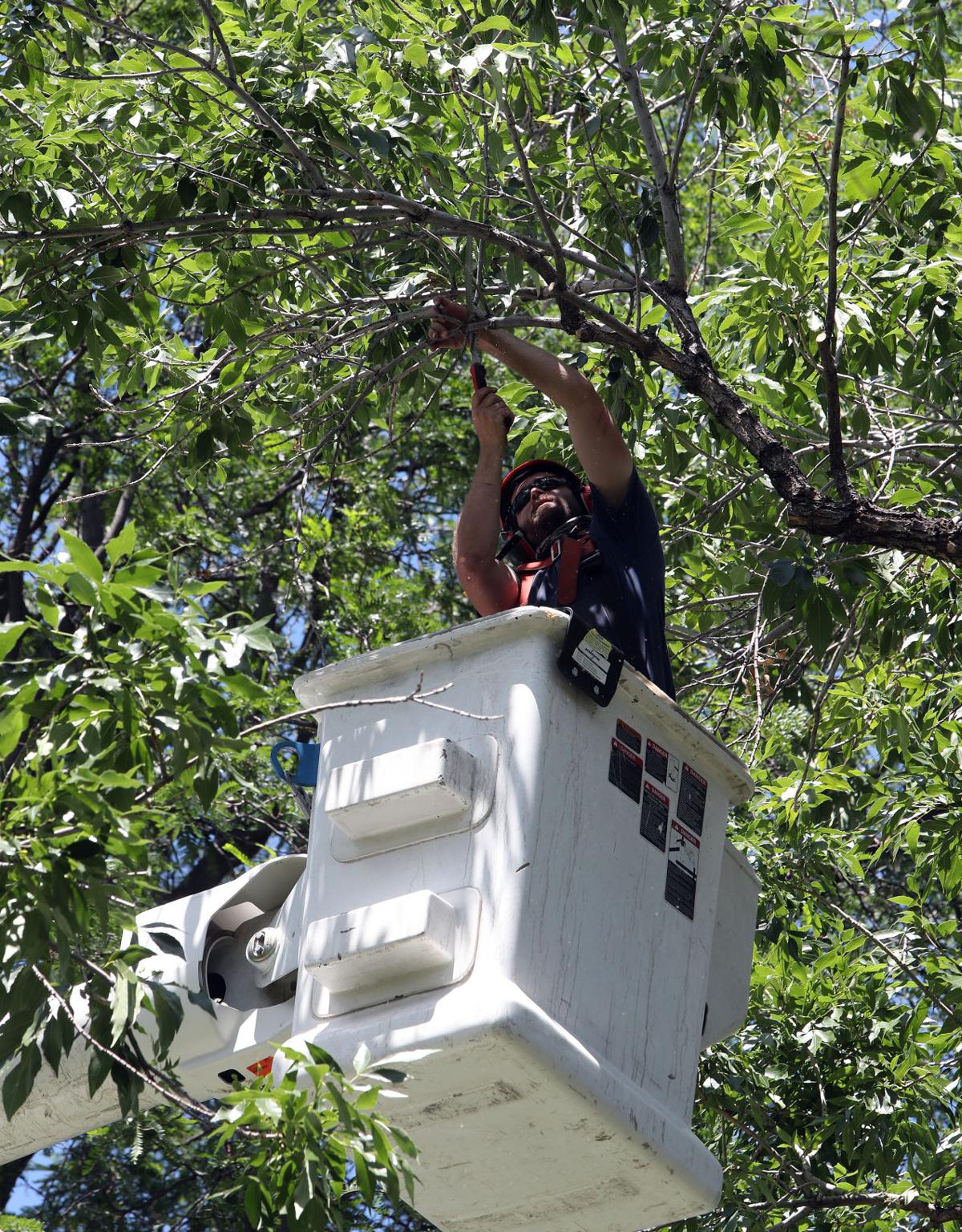 Aspects of the mental and physical health of every Grand Junction citizen hinges on about 37,000 living beings — trees.

The Grand Junction Forestry Division is entrusted with preserving the health of those trees from threats such as pests and other scourges of nature. The absence of trees, such as the absence of a highway or paved roads, would make life more difficult for everyone, officials say.

“Forestry is a part of community development,” City Forester Rob Davis said. “You have to think, ‘What makes a city great?’ It’s not just gray infrastructure, it’s also green infrastructure.”

Trees offer needed shade to escape from the heat and can be signs of a healthy ecosystem. Larger trees can increase property values, Davis said. A 2016 meta-analysis study published in the journal Ecological Economics supports that argument.

“There’s a lot of components to a high quality way of life,” Parks and Recreation Director Ken Sherbenou said. “And when you look at forestry, it’s a key, key component to that.”

The Forestry Division consists of six full-time employees — arborists — who trim, cut, plant and maintain every tree on public land in the city, also known as the tree canopy.

On Wednesday, they were at the northeast corner of Hawthorne Park. It was pretty quiet aside from the hum of the work truck, the growl of one of the worker’s chainsaws ripping through dead branches of a green ash tree and the roar of the wood chipper the branches were tossed into.

“We’re pruning dead branches from twig beetle and drought,” arborist James Elkins said. “Two months ago, we injected a chemical into this tree that targets the beetle. Cutting the dead branches puts more vigor into the tree.”

The betterment of the community is the entire goal of the Division, Davis said. In April, the annual Arbor Day celebration was canceled because of the ongoing COVID-19 pandemic. The Division planned to distribute saplings to attendees so, instead, they let people sign up online to reserve one and then deliver them to the houses.

The Division receives work orders through the city website. If there’s a branch blocking a road, the arborists are there to clean it up. The crews work on city property and city right-of-ways, like those in front of some residential houses.

“We’ll receive work orders to trim people’s trees, prune them or even remove them. It’s all free,” Elkins said. “The trees we remove are unhealthy, though we get some orders to remove them because people just don’t like them, and some people don’t understand why we can’t do that.”

The relationship between the Forestry Division and the community is largely symbiotic, but the former is worried about being put into a precarious situation.

There’s less demand for planting trees, Davis said, and about 22% of the trees in Grand Junction are ash trees. Over on the Front Range, the parasitic emerald ash borer beetle is wreaking havoc on ash trees. In 2019, the state abandoned its quarantine of infected trees, allowing the risk of spread.

The beetle can latch itself onto firewood being transported through cities, make its home on an ash tree, burrow itself in and kill the tree from within.

“When it comes over here, we won’t have the resources to treat every tree, so we need proactive planting,” Davis said.

Sherbenou and Davis implore the community to request more street trees and to diversify the species of trees.

“All of my favorite cities have healthy trees. Everyone needs trees,” Davis said. “We need that cushion.”