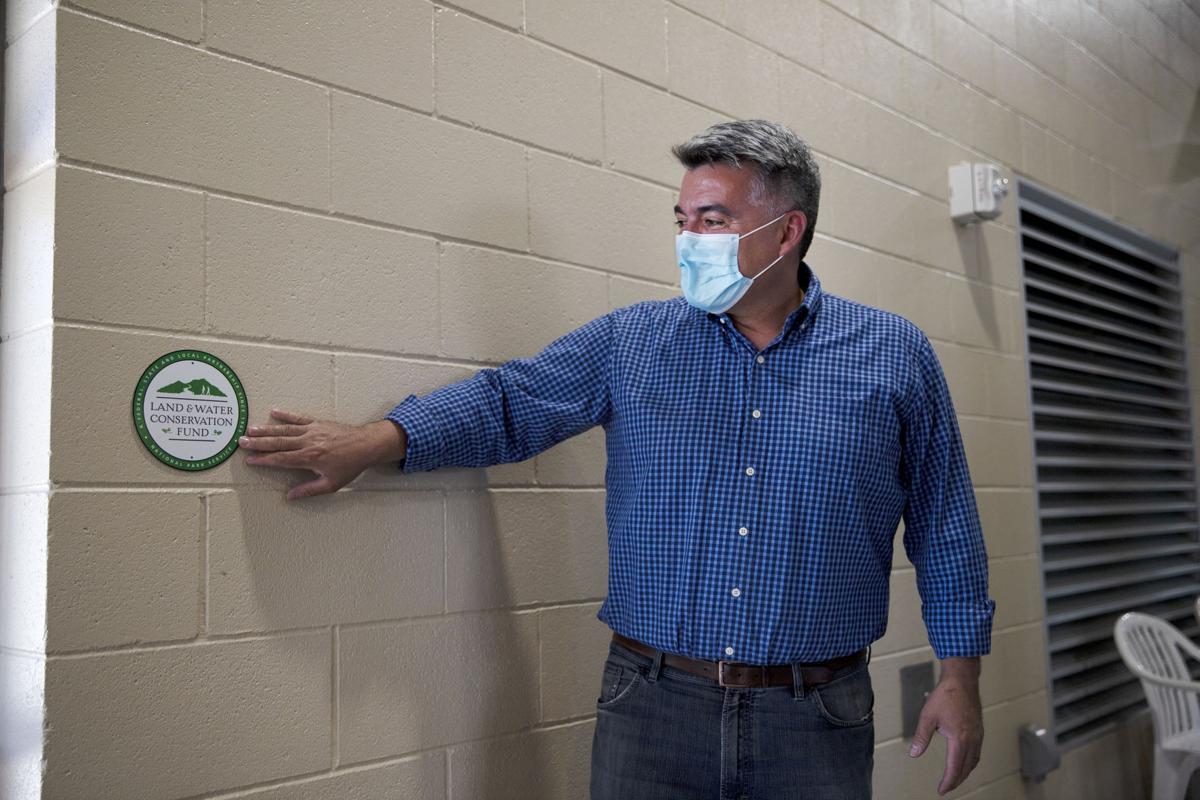 Senator Cory Gardner points to the Land and Water Conservation Fund plaque inside the Fruita Community Center on Tuesday. 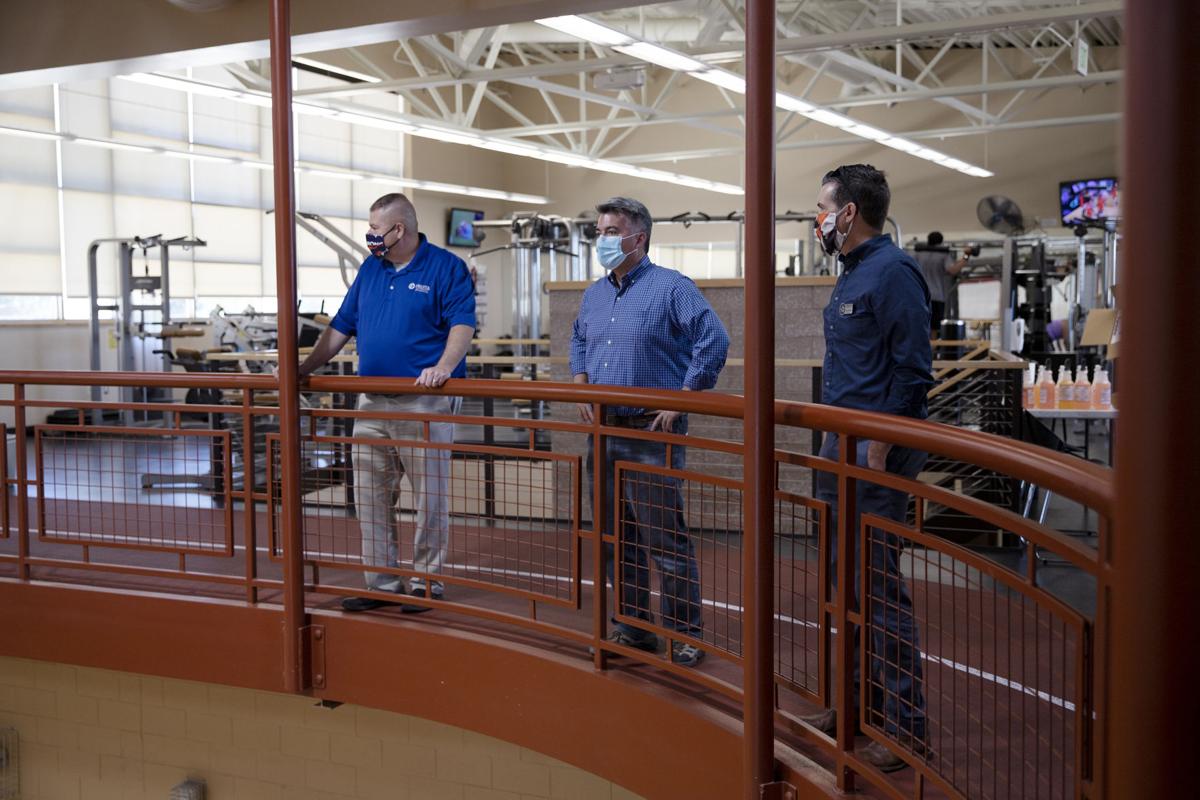 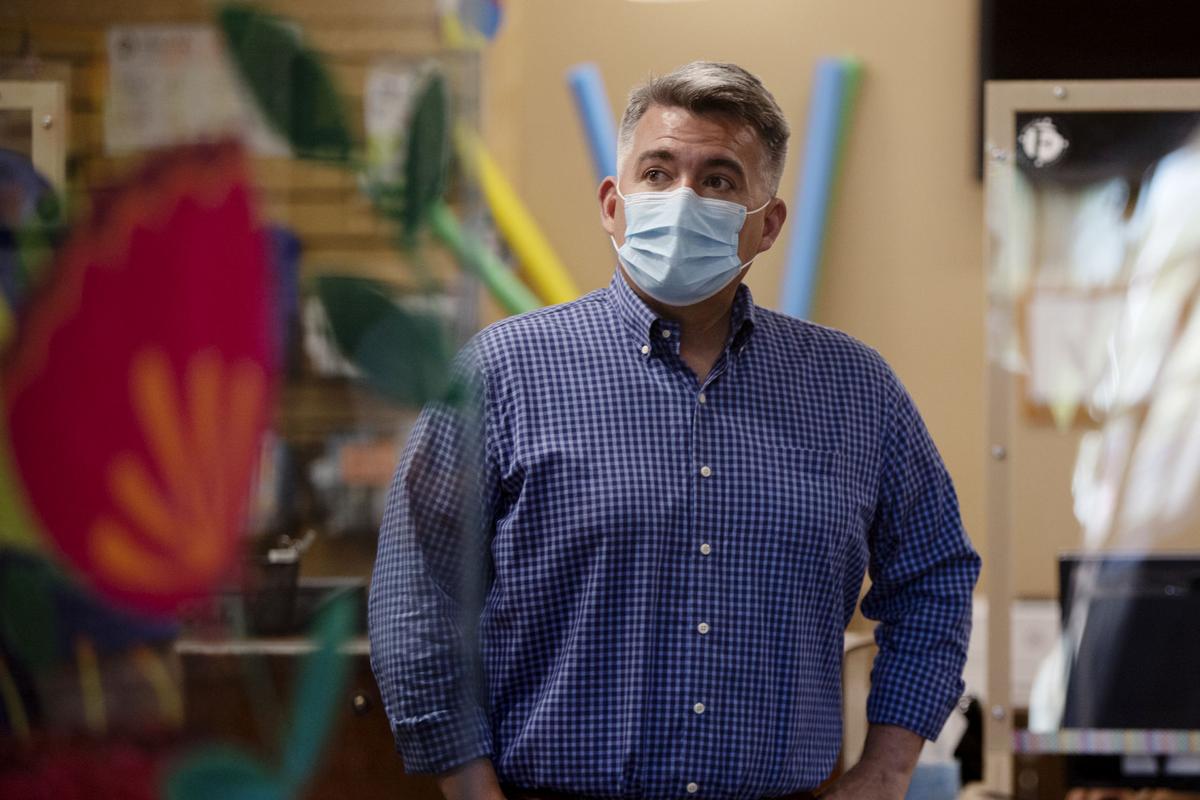 Senator Cory Gardner takes a tour of the Fruita Community Center during his visit on Tuesday. 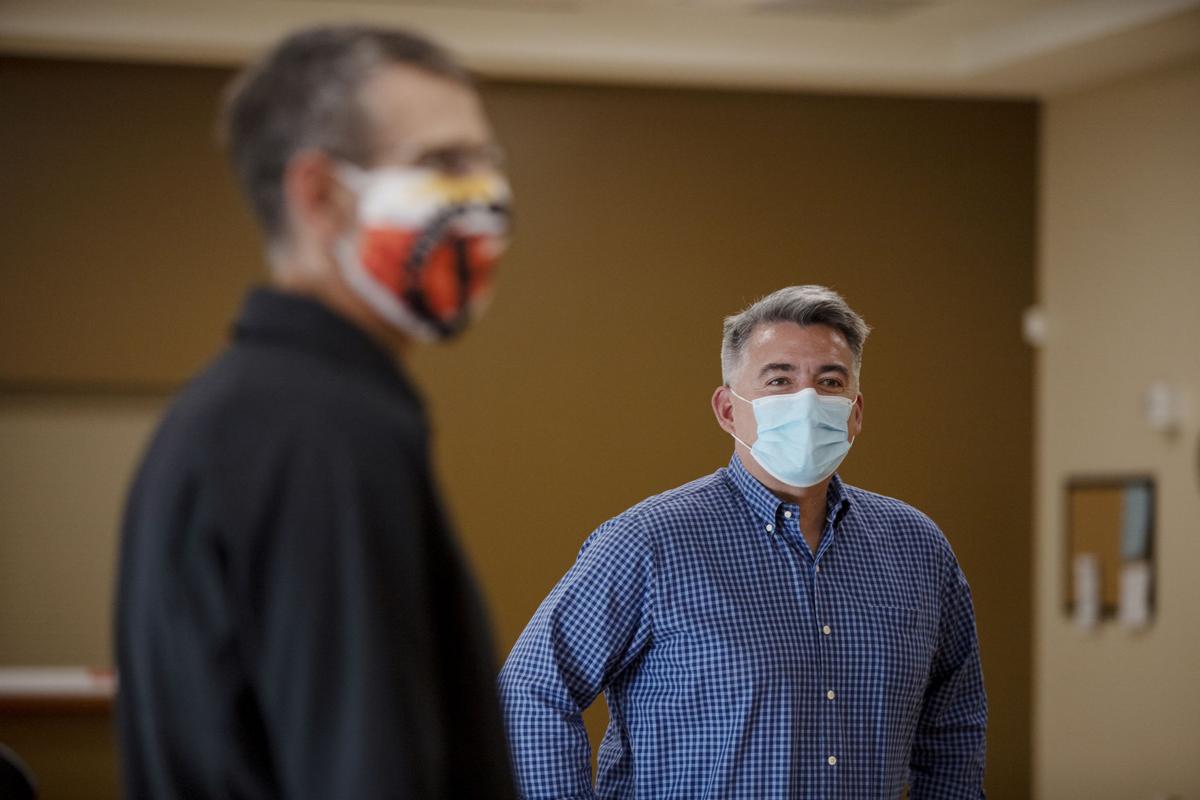 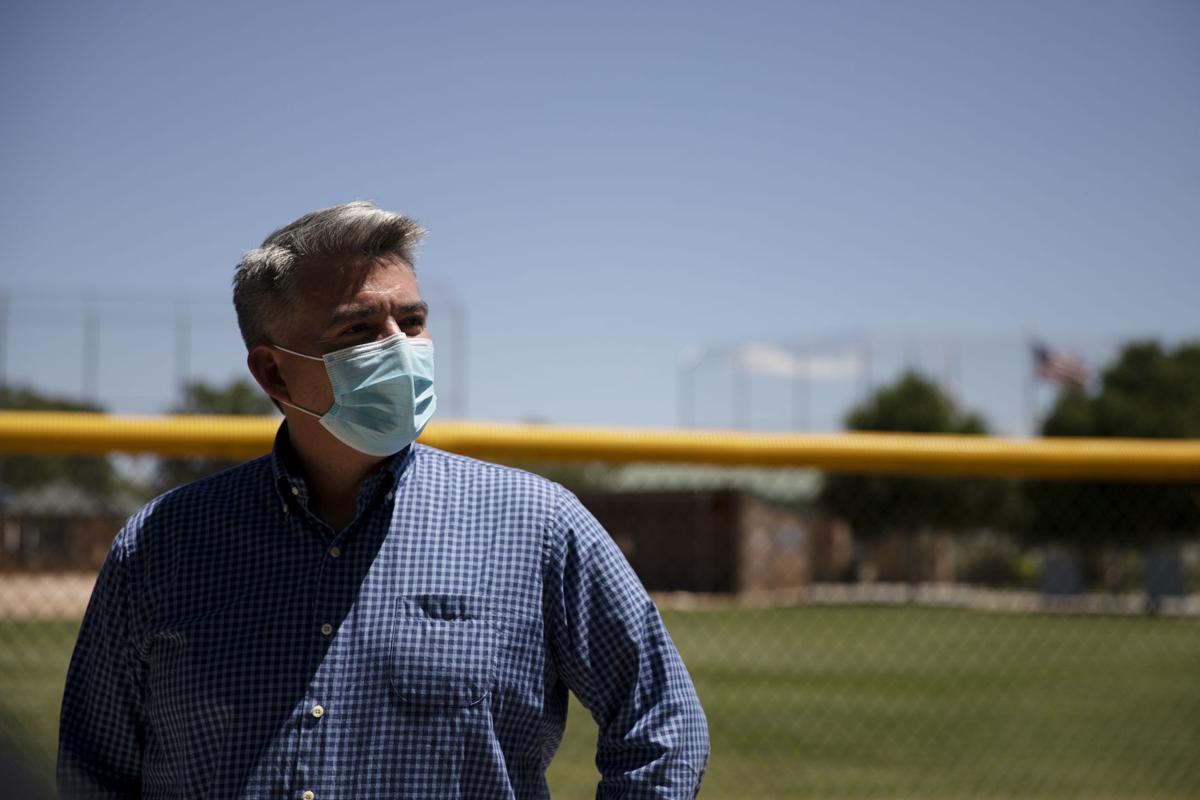 Senator Cory Gardner points to the Land and Water Conservation Fund plaque inside the Fruita Community Center on Tuesday.

Senator Cory Gardner takes a tour of the Fruita Community Center during his visit on Tuesday.

With critical conservation funding at stake and the national parks system facing billions of dollars in deferred maintenance, a new piece of legislation is poised to take a major step toward increasing funding for projects on national public lands.

U.S. Sen. Cory Gardner was in Fruita on Tuesday promoting the bill, called the Great American Outdoors Act, and the Land and Water Conservation Fund, which the bill will increase funding to $900 million a year in perpetuity. That money will go toward expanding and establishing park spaces across the country.

Gardner, a Republican running for re-election this November, made several stops around Mesa County, but one of the reasons he stopped in Fruita was to tour its recreation center and view its outdoor pool. The creation of that pool was funded through the Land and Water Conservation Fund decades ago, along with a city park.

“We had two projects in the ’80s that the Land Water Conservation Fund helped within the city of Fruita and one was what was called the Fruita City Park,” Fruita City Manager Mike Bennett said. “That was a park that was at this (Fruita Recreation Center) location and has since been transferred to Little Salt Wash Park.”

Gardner has generally received poor scores from the League of Conservation Voters. Some in the Democratic Party have accused Gardner of using this issue to increase support for his reelection campaign.

“Gardner and (President Donald) Trump have blocked new Colorado wilderness and refused to act on climate change, but facing a tough election, Senator Gardner is trying to greenwash his toxic record,” Colorado Democratic Party spokesperson Eli Rosen said in a statement. “Coloradans won’t be fooled, and they know that John Hickenlooper (Gardner’s Democratic challenger) has always stood up for our public lands — not just when it’s politically convenient.”

Gardner said anyone upset about the passage of this bill were being partisan and pointed to his support of previous efforts to permanently authorize funding for the Land and Water Conservation Fund.

One conservation area left out of the bill is wilderness designations, like those included in Sen. Michael Bennet’s Colorado Outdoor Recreation and Economy Act. That bill includes new protections for around 400,000 acres of public lands in Colorado, including on the Western Slope. Gardner said he thought that bill could still pass as well.

“I’m not opposed to it,” Gardner said. “We’re trying to figure out a way forward for it. I think there is certainly a way that it can pass. The Great American Outdoors Act didn’t do any of those designations.”

The Great American Outdoors Act has already passed the Senate with bipartisan support. Gardner said he expects it to pass in the House of Representatives this month with no amendments or changes to his bill. President Donald Trump has said he would sign the legislation if it is passed.

Gardner would not say whether he supported President Trump’s official nominee to head the Bureau of Land Management, William Perry Pendley.

Gardner would not say what questions specifically he would ask of Pendley, but said he was looking for support of the mission of the BLM and for public lands in general. He did say he did not support the selling of public lands.

Pendley has served as acting director of the BLM since 2019. Gardner’s Democratic opponent, former Colorado Gov. Hickenlooper, has come out against the Pendley appointment, citing his past statements on the selling of public lands and his denial of climate change, according to the Colorado Sun.