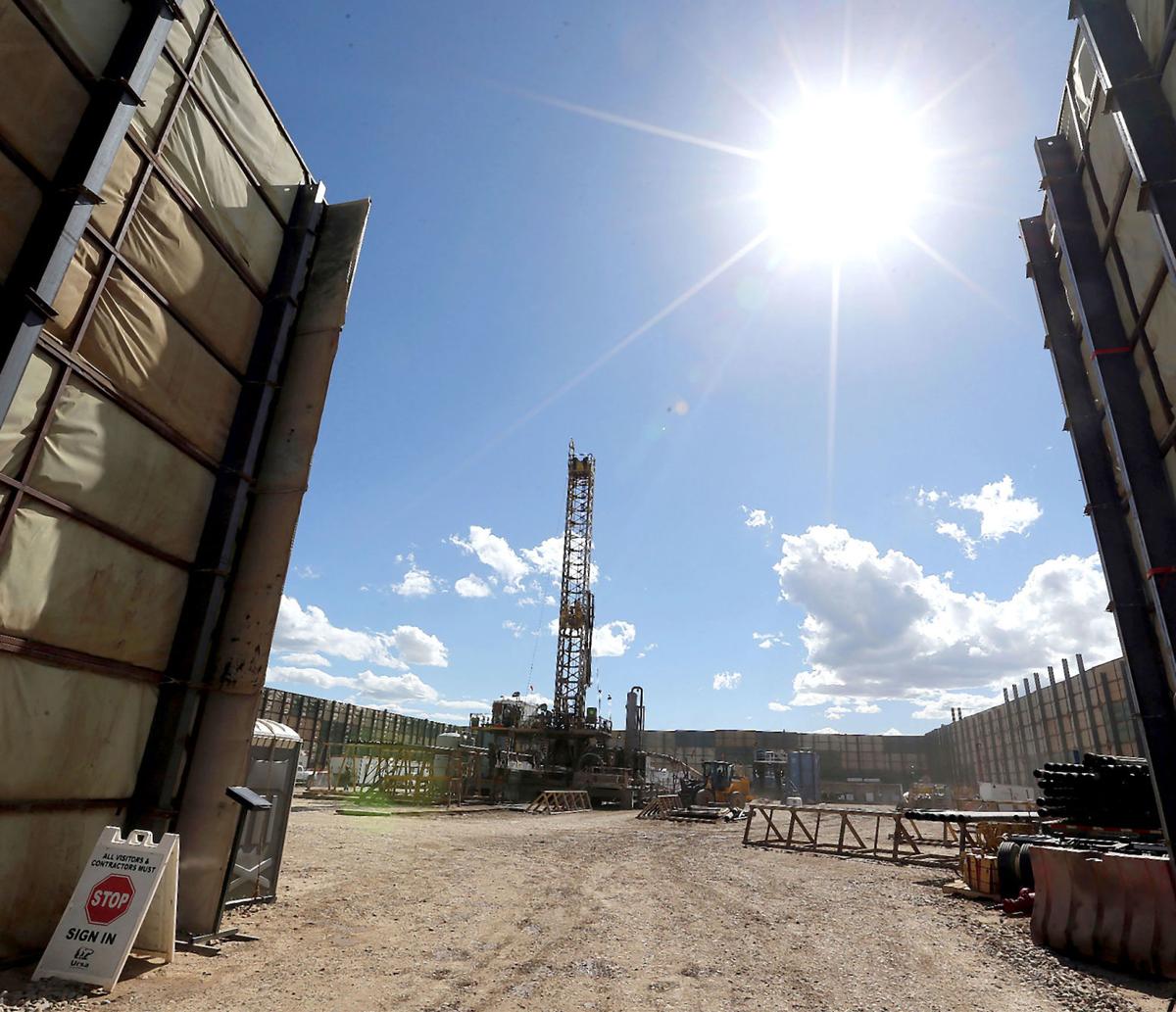 An oil and gas rig in Parachute sits inside a compound with padded walls in this Daily Sentinel file photo. 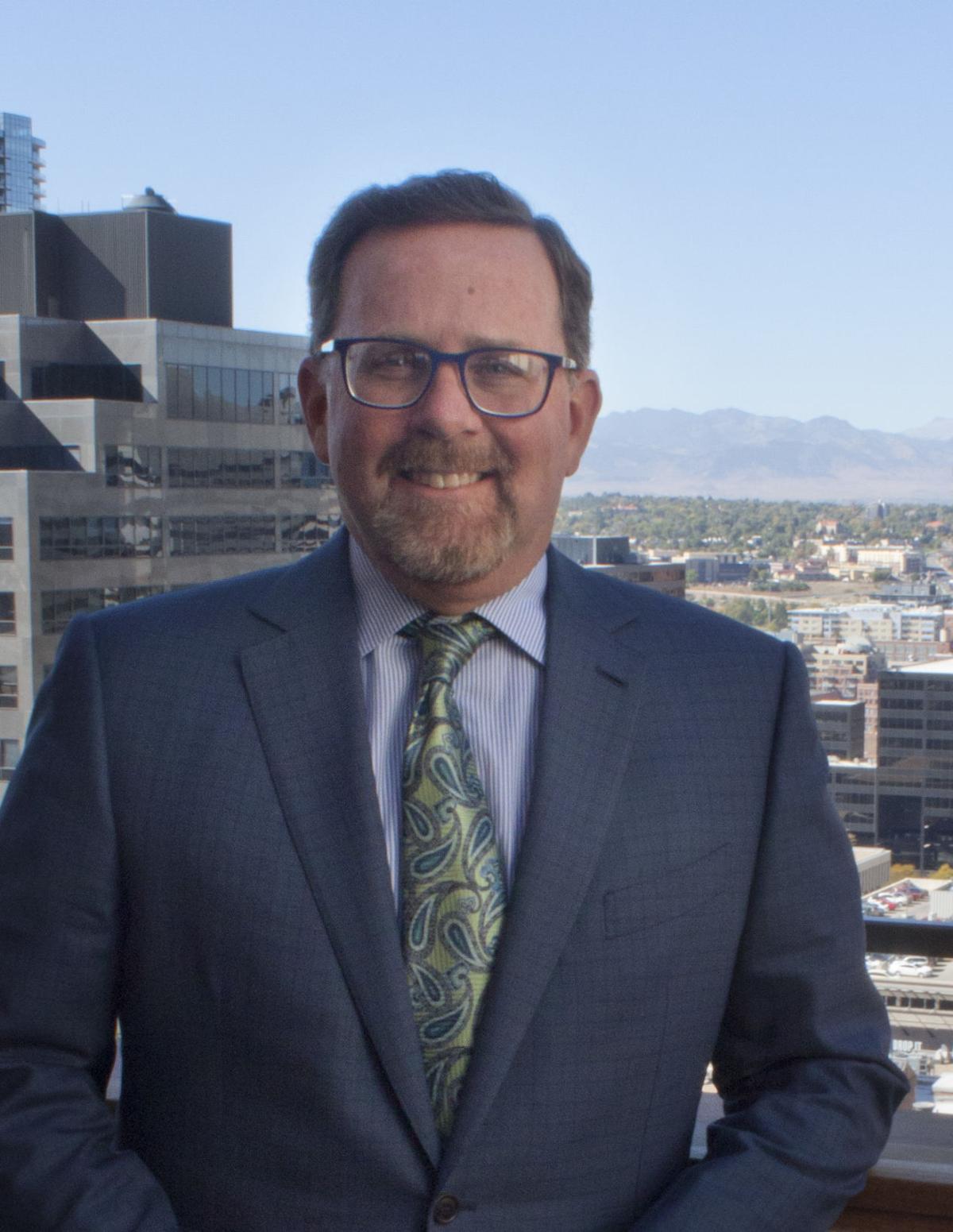 Chairman and CEO of Caerus Oil and Gas

An oil and gas rig in Parachute sits inside a compound with padded walls in this Daily Sentinel file photo.

Chairman and CEO of Caerus Oil and Gas

It’s hard to find much good news during a global pandemic that in the United States has killed tens of thousands and thrown tens of millions out of work.

At first glance, the local natural gas industry wouldn’t appear the place to look for an upbeat headline. There’s just a single drilling rig currently being operated in western Colorado’s Piceance Basin — by Terra Energy Partners. And across the Piceance this year, drilling has begun on just 37 wells so far, all of them in Garfield County, according to the Colorado Oil and Gas Conservation Commission.

Should that pace continue throughout 2020 for drilling activity in Garfield County, long the epicenter of Piceance gas development, the county would end the year with fewer well starts than at any time in the last two decades.

But oddly — particularly at a time when drillers in U.S. oil basins are being hammered by low prices, thanks to a pandemic-related demand drop and a price war involving Russia and Saudi Arabia — something promising is happening in the natural gas industry. Forecasts are now calling for an upswing in prices come this winter that could lead to at least a modest uptick in local drilling levels. This stands in contrast to historically low prices for oil, which has also translated to low gasoline prices nationwide.

As it happens, the price-driven slowdown in domestic oil production is what’s behind the rosier outlook for natural gas prices. It’s all tied to what’s referred to as associated gas production — the natural gas that also is produced in wells that companies drill primarily for oil production.

Demand for gas currently is falling as well due to the global economic slowdown. As a result, natural gas prices at the Henry Hub, a key national gas distribution location in Louisiana, continue to run below $2 per million British thermal units. But Chelsie Miera, executive director of the West Slope Colorado Oil and Gas Association, said the forecasts are calling for prices of $3 or even $4 by this winter, due to the combination of less associated gas production and increased demand due to the arrival of the home heating season.

“So there is a light, a future for the Piceance, and I think that is, right now, really good news,” she said. “… I’m an eternal optimist, so finding those silver linings is exciting.”

A FEW NEW RIGS, NOT A SURGE

“We certainly think we’re going to see over three bucks this winter” for natural gas prices, he said.

He said he doesn’t expect a huge surge in Piceance drilling activity, but thinks it wouldn’t be out of the question to see two or three more rigs operating locally in the next 12 to 18 months.

Caerus Oil and Gas recently temporarily laid down the only rig it had been operating in the Piceance. David Keyte, the company’s chairman and chief executive officer, said that was a temporary move that will let the company generate fresh cash flow by saving drilling costs while catching up on completions of already drilled wells. After being drilled, wells must be hydraulically fractured to get them producing gas.

Caerus plans to resume drilling later this year. Keyte said he expects Caerus will stick with a one-rig program for the medium term.

“I think right now we’re guardedly optimistic about the natural gas business, particularly the Western natural gas business,” he said, citing what’s been a drop in the differential between the Henry Hub price and what companies are now able to get for gas produced in Western U.S. basins.

With natural gas price futures at around $3, companies such as Caerus can lock in those prices with buyers through hedge contracts, he said.

Keyte said future natural gas prices over the next five years are looking stronger than near-term prices. With oil producers being hit so hard, it’s going to take them some time to recover, he believes. If oil prices improve, he said, those producers will first be paying back banks before bumping up drilling levels.

Volatility in oil and gas prices in recent years has led to investors — from holders of public stock to banks — becoming increasingly skittish about the industry. Scott said there has been a shift in emphasis among oil and gas companies away from growth, and toward things such as paying down debt and focusing on balance sheet health.

For gas producers that already have been struggling, rising gas prices will let them do such things, “rather than just putting capital right into the ground” by drilling, he said.

Hence his expectation that rising gas prices will provide those companies with steady opportunities for drilling activity, but discipline when it comes to capital spending will keep them from ramping up their drilling a lot.

Robert Boswell, chairman and chief executive officer of Laramie Energy, which has drilled extensively in the Plateau Valley, voiced uncertainty over the prospects of the company resuming drilling later this year.

“Gas prices would have to stabilize at a price that provides a sufficient rate of return to justify drilling,” he said.

He cited other factors that Laramie would have to consider, such as whether demand increases for the natural gas liquids, such as ethane and propane, that gas wells also produce, whether field services continue to be available in the Piceance, and whether regulations “don’t stymie the ability to conduct efficient and cost-effective operations.”

The availability of service providers such as drilling and fracking companies diminished in the Piceance as local demand for them dropped and demand got stronger in oil fields. Keyte said Caerus has been able to continue to get the contractors it needs. He said it has been using the rig it recently laid down since 2014, and the rig contractor understood that it plans to resume use of the rig.

“They’re not going to leave us,” he said.

Caerus also is sharing the use of what’s referred to as a “spread” of contracted fracking equipment with another local gas developer, “which is something new to us and them but it’s the most efficient way to kind of keep people working,” Keyte said.

With oil and gas drilling activity being so slow, Keyte said Caerus also has seen some price relief from contractors.

The potential Piceance Basin impacts of new Colorado regulations being implemented as a result of Senate Bill 181, the oil and gas measure passed last year, are a concern for local gas producers. Keyte said Caerus is “very involved” in the rulemaking processes that are occurring. He believes drilling concerns in the urban Front Range motivated the law’s passage, and said Caerus is trying to point out that Western Slope operations are different from those on the Front Range.

“The extent to which that message gets through is sometimes in question,” he said.

A ROLE IN RECOVERY?

Miera hopes the energy industry can play a part in helping bring some economic stability and prosperity to Colorado following the travails of recent months, while generating tax revenues that benefit entities such as schools, fire departments and county governments.

Boswell said that if Colorado is going to come out of its current economic situation quickly, “the state will need to work with our industry to continue to develop this significant indigenous resource for our transportation needs and power generation.”

Keyte said he thinks the oil and gas industry will be important to helping the state recover from its pandemic-induced economic problems.

“We look forward to being part of the all-of-the-above solution to it,” he said.

He said Caerus also will continue its support in western Colorado for local nonprofits and communities.

“I want people to know that we are still focused on what goes on locally,” he said.