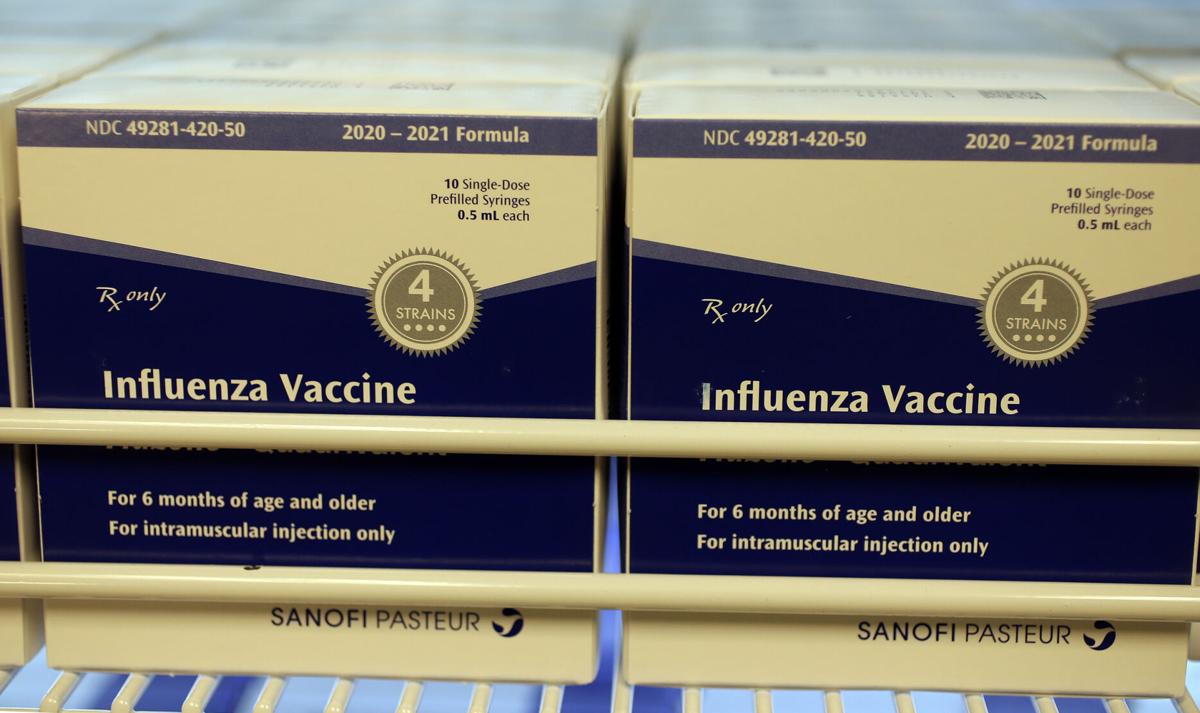 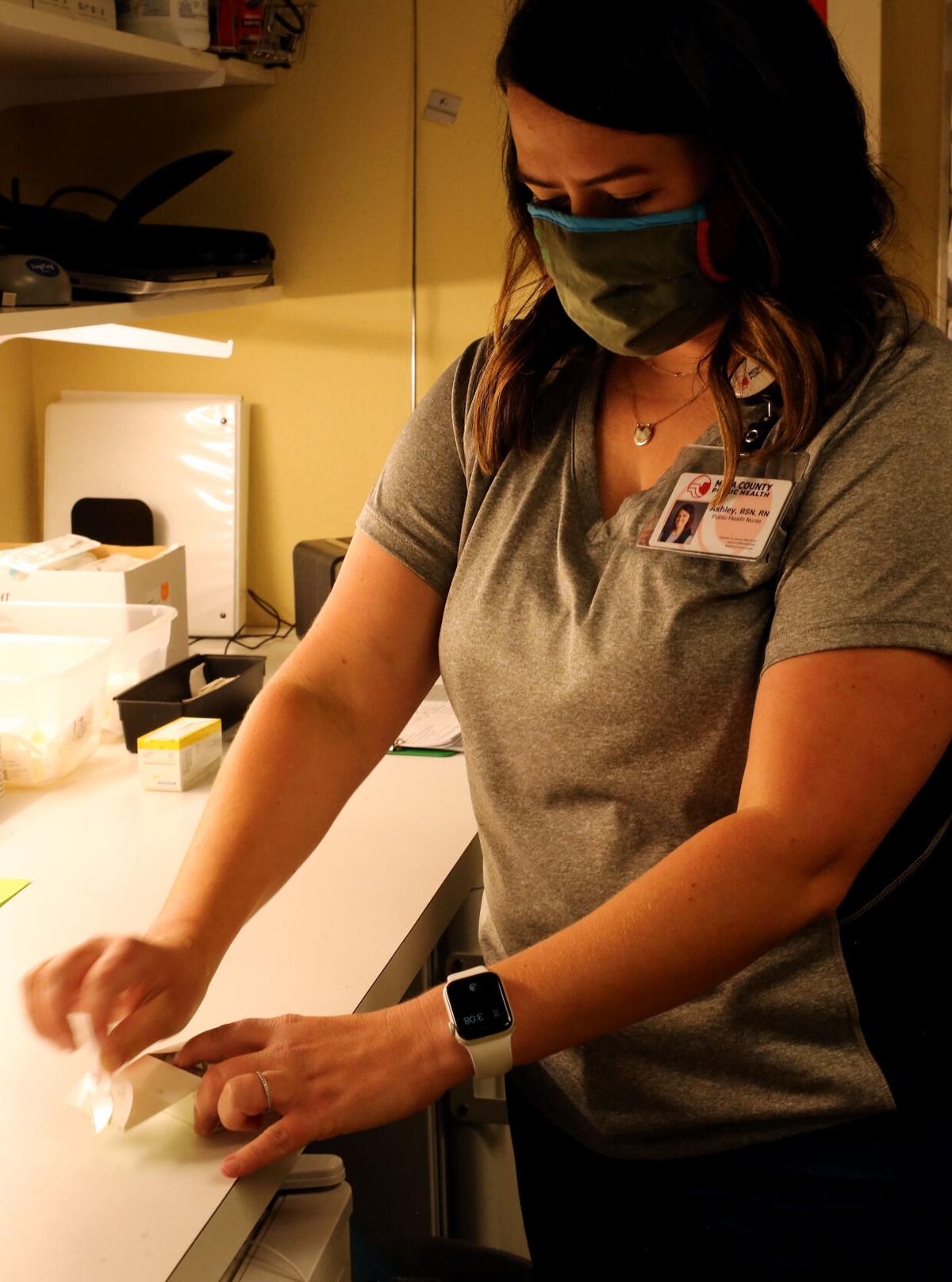 Ashley Adams, a registered nurse for the Mesa County Health Department, prepares a flu vaccine injection. With flu season beginning, the department plans flu clinics this weekend and next. 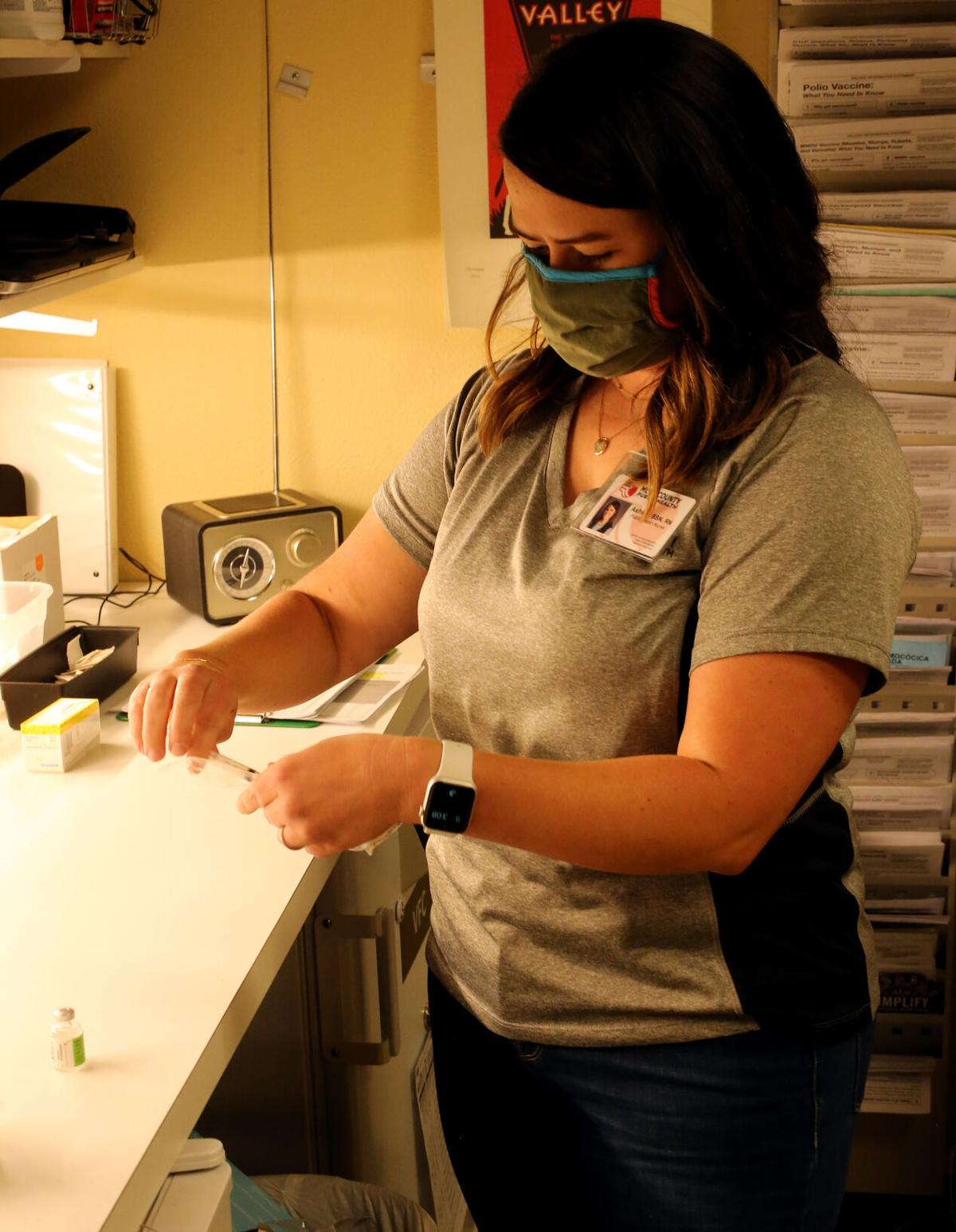 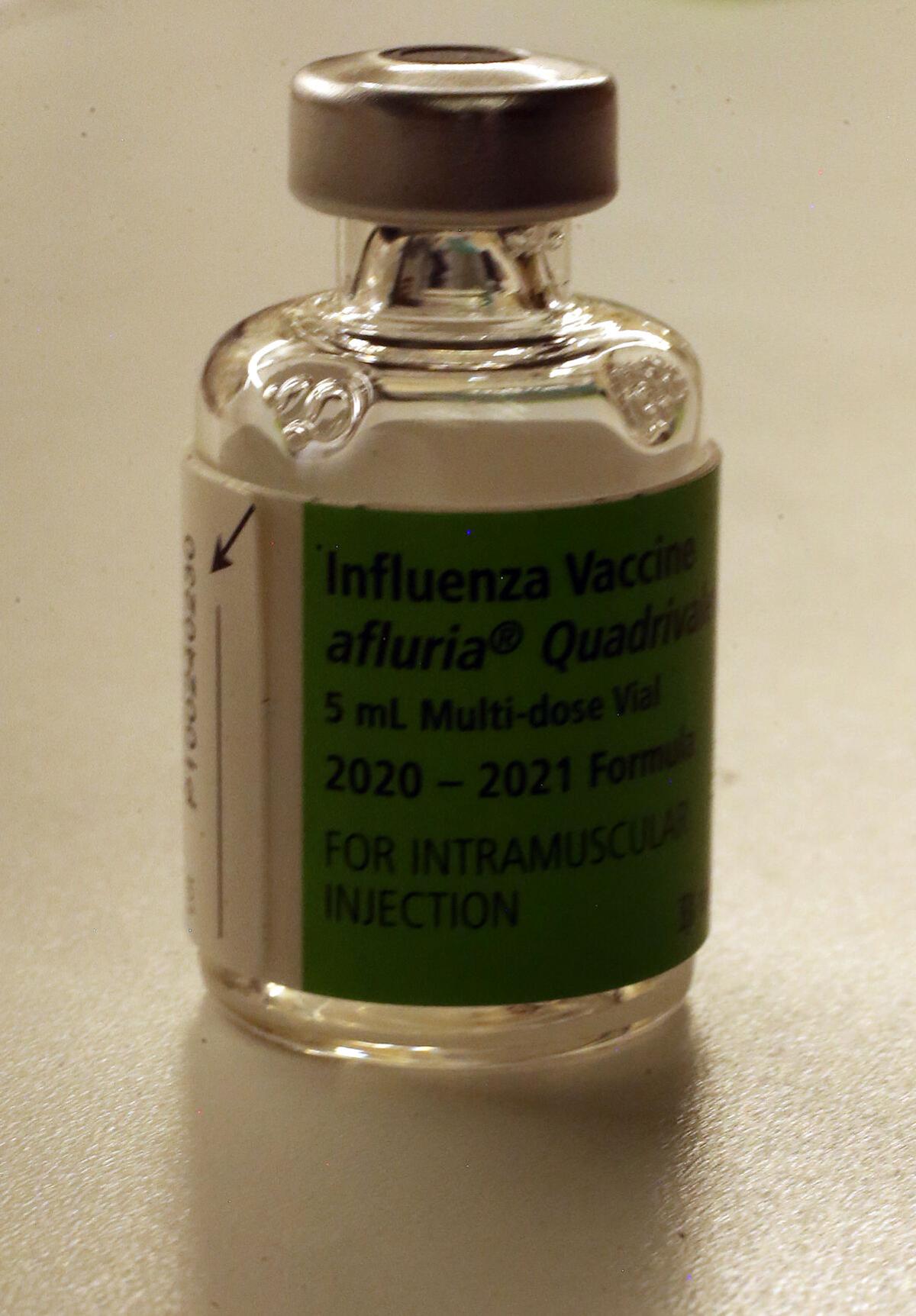 Ashley Adams, a registered nurse for the Mesa County Health Department, prepares a flu vaccine injection. With flu season beginning, the department plans flu clinics this weekend and next.

After several weeks of increased positive test results for COVID-19, Mesa County will be tightening some of its restrictions, including reducing the number of people who can gather at one time.

The case increase comes just ahead of flu season and at a time when COVID-19 cases are rising statewide.

Mesa County Public Health Executive Director Jeff Kuhr said the total number of people allowed to gather will be reduced to 300 people or 50% capacity, whichever is less. The high end allowed under the county’s original Protect Our Neighbors variance was 500 people.

Kuhr said the county recently made midnight the time for last call at bars and restaurants, which will remain the same. However, all alcohol consumption will now have to end at 12:30 a.m., which was changed from 2 a.m. Masks also will continue to be required as they had been with one notable change. Kuhr said youth sports participants will have to wear masks during play.

“The state made it clear that we have to have the most recent mask order in place, which is pretty much what we had to begin with,” Kuhr said. “We had looked at a couple areas to ease up some things, but it really doesn’t change much.”

The county has consistently seen double digit positive tests for the last several weeks, which has kept the number of cases per 100,000 residents over a 14-day period well above the rate the current variance requires. On Tuesday the county recorded 10 new cases and its sixth COVID-19 death, a man in his 60s.

Kuhr said the county is still in the Protect Our Neighbors phase, but these mitigation efforts will be put in place this week.

The new rules can be revisited over the next few weeks, Kuhr said, but the number of cases would need to improve. He said they are seeing some clusters of cases popping up, including at two bowling alleys that have a combined case count of 29, according to the Mesa County Public Health website. He said those outbreaks are still being investigated.

“Leagues are down for two weeks,” Kuhr said. “It’s kind of a transition time between summer and fall. So that’s great. We need that. Then we’re working with the managers for cleaning. We’ve talked about mask use.”

One problem the county has identified is with individuals who are experiencing symptoms, and still going to work or out to gatherings.

“We need our numbers to go down,” Kuhr said. “Our next marketing campaigns are going to be focused around individuals, because what we’re finding is that it is people who are sick and going places, going into group-type settings, that’s where we’re seeing the biggest impact.”

A new type of test that Mesa County has secured could help with that problem, Kuhr said.

It recently received 7,000 saliva based tests from the state, which can be processed in a lab in 24 hours.

Kuhr said that could help with rapid testing for employees who have symptoms.

Overall, Kuhr said testing in the county has been going well with around 3,000 tests a week being administered by Mesa County Public Health and its partners in the community.

He said the county’s tests are funded through the state and he does not expect any interruption to that service. “The County did experience some delays in testing on Tuesday, Kuhr said, after experiencing a computer issue with the registration system. Employees had to register people wanting a coronavirus test by hand. The longest wait times were around two hours. Normally they are only 20 minutes.”

Flu season is beginning and Mesa County Public Health will hold a flu clinic this Saturday and the following Saturday to provide immunizations.

“We hope we get a lot of people,” Kuhr said. “We’re doing it two Saturdays in a row, and it’s drive-thru, so we’re just going to do the injection in the arm as people are sitting in their vehicles.”

Kuhr said this year that it is especially important to get a flu shot, considering how similar the symptoms are to coronavirus.

He said social distancing and hand washing will also help limit the spread of the flu, but the shot would add an extra layer of protection.

“The flu shot will improve a person’s chances of not having the co-morbidity of influenza and COVID because that could be very confusing,” Kuhr said. “So if somebody starts to get these respiratory symptoms and they’ve had a flu shot then we can start to narrow down the possibility that it’s COVID they have contracted.”