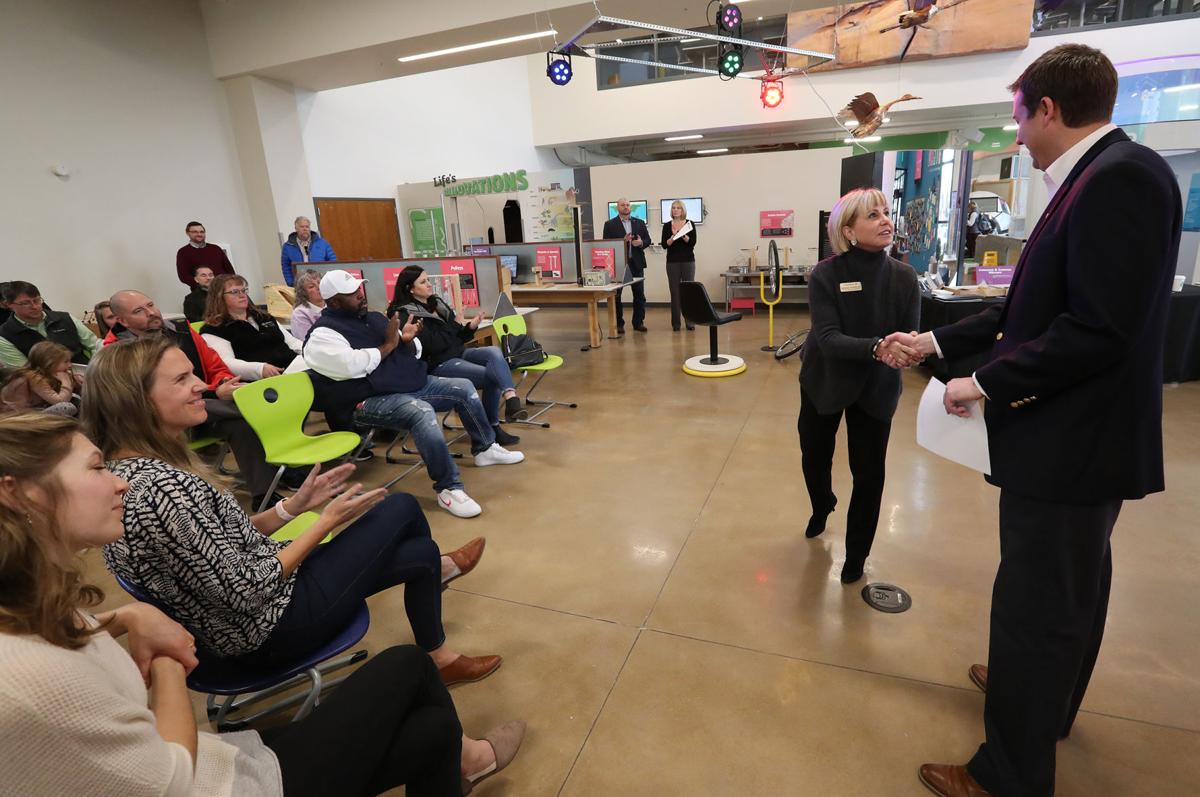 Debbie Horwitz with HopeWest receives a commitment for a $2,000 grant for greenhouse kits from Brian Hollingsworth, chairman of the Community Betterment Committee. 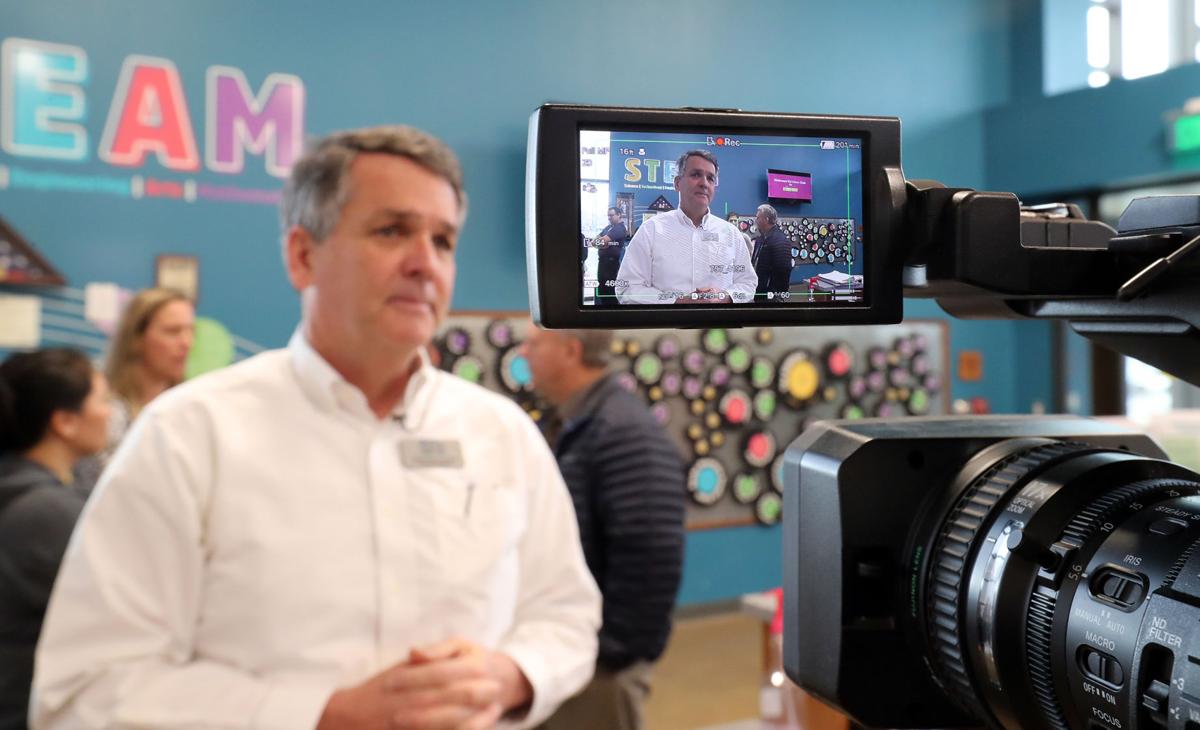 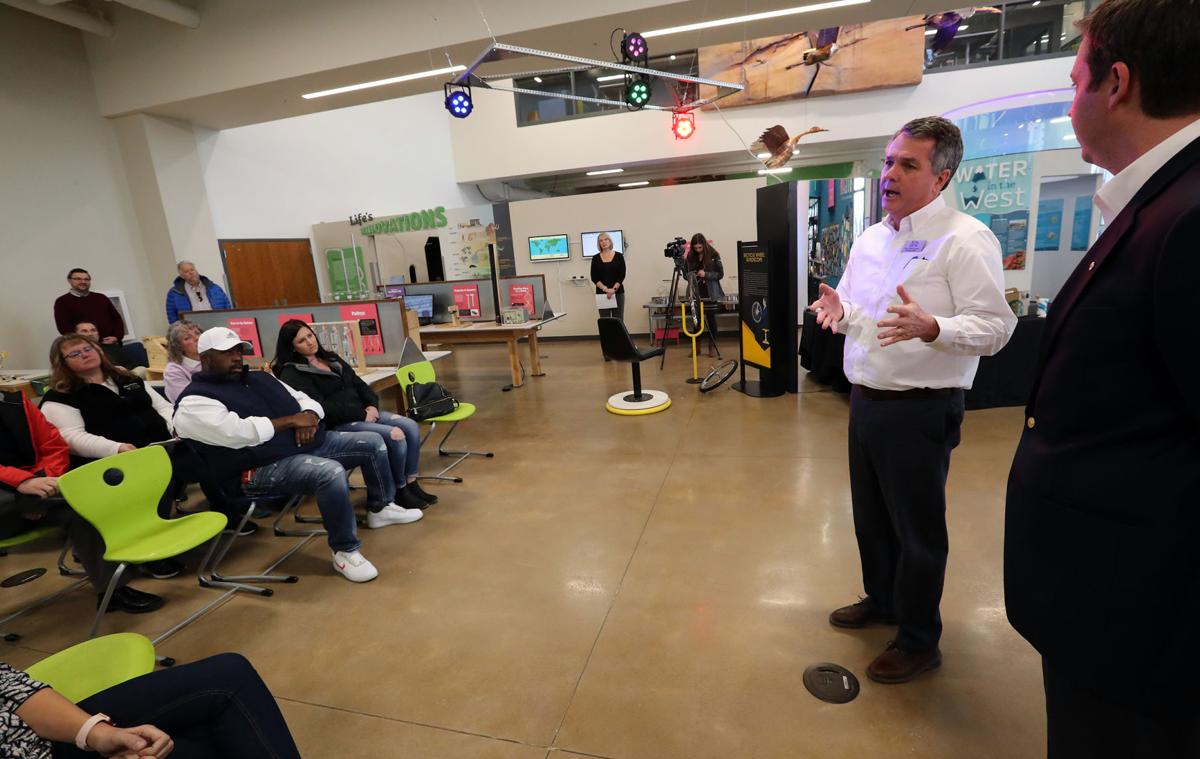 Debbie Horwitz with HopeWest receives a commitment for a $2,000 grant for greenhouse kits from Brian Hollingsworth, chairman of the Community Betterment Committee.

The Grand Junction Lions Club will have a hand in several projects around the Grand Valley this year, including field upgrades for Grand Mesa Little League, an amphitheater renovation project at Colorado National Monument and furnishings for a new apartment complex for homeless youth.

The Lions Club announced its 2020 grant recipients Monday and will dole out more than $118,000 to 15 nonprofit beneficiaries.

The 15 recipients were chosen from more than 50 applications.

In the past 10 years, the Lions club has given nearly $2 million to the local community. It raises funds through the sale of raffle tickets.

Raffle tickets go on sale today and will be sold through the carnival.

He celebrated the announcements during a gathering Monday at the Eureka! McConnell Science Museum. “We had long discussions and are very happy we could address as many needs as we did.”

Seven of the grants went to projects connected with School District 51 and include 50% matches from the district’s foundation.

Karis Inc., an organization that helps homeless youth, received the largest grant of $17,500. The money will go toward furnishing a new 34-unit apartment complex that’s under construction for homeless youth.The project should be finished by late summer or early fall.

Karis Executive Director John Mok-Lamme said this is the largest grant for furnishing that the organization has received to date.

“These kids come in right off the street and need a place to store their clothing,” he said.

The next largest grants were $15,000 each for an amphitheater renovation at the Colorado National Monument and for field upgrades for Grand Mesa Little League.

The Colorado National Monument Association is working on an effort to raze and rebuild the Saddlehorn Amphitheater and improve the trail that leads to the facility.

The project is still in the design process, according to association Executive Director Michael Paxson. Trail work is slated for later this year.

• Pomona Elementary — $5,740 for a classroom interactive smart board.*

• Karis, Inc. — $17,500 for furnishings for new apartment complex under construction.

• Colorado National Monument Association — $15,000 toward the renovation of the Saddlehorn Amphitheater.

• HopeWest — $2,000 toward a new gardening therapy program for children.