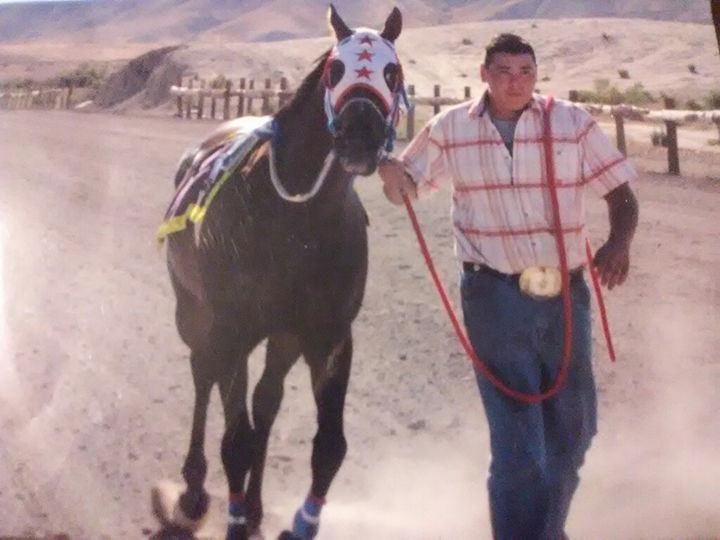 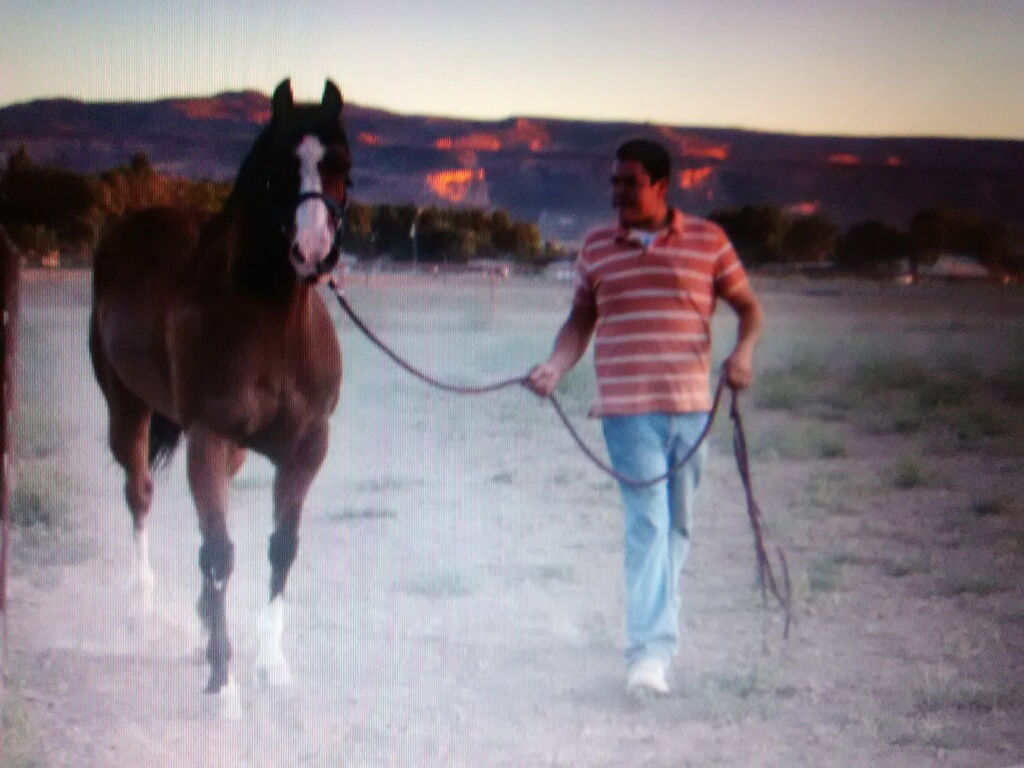 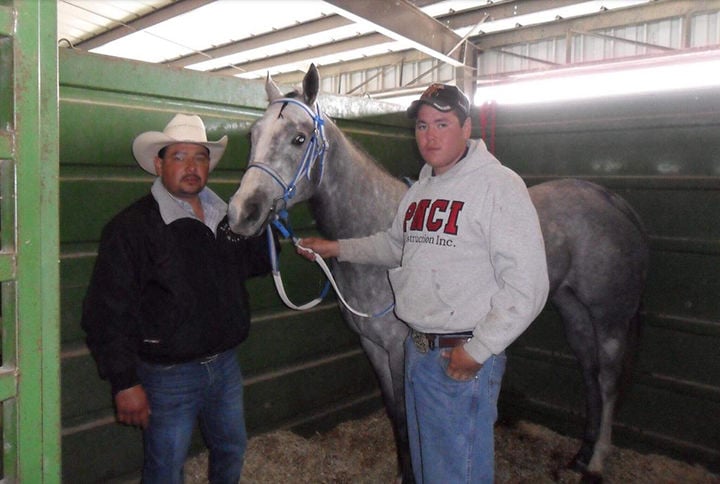 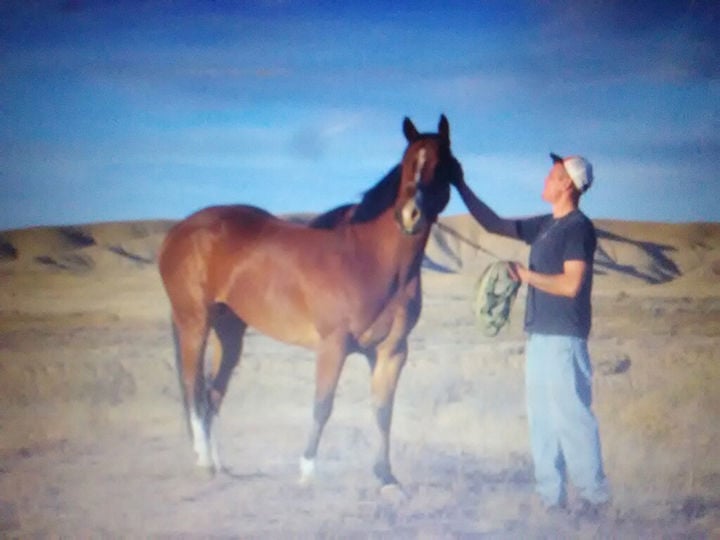 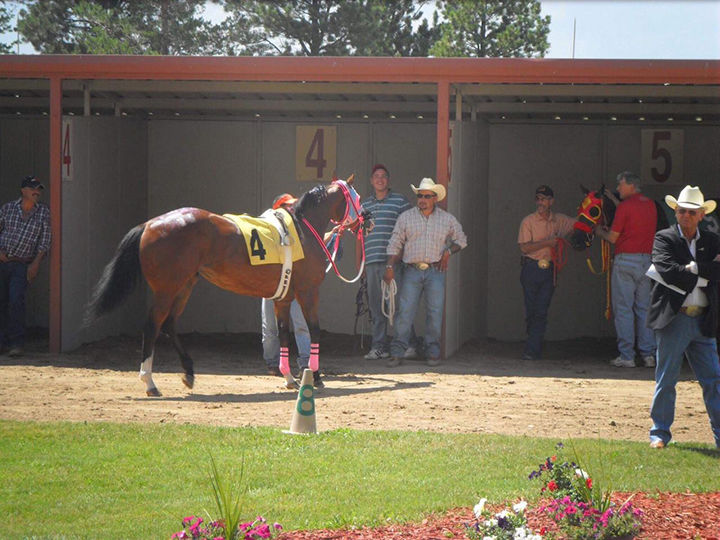 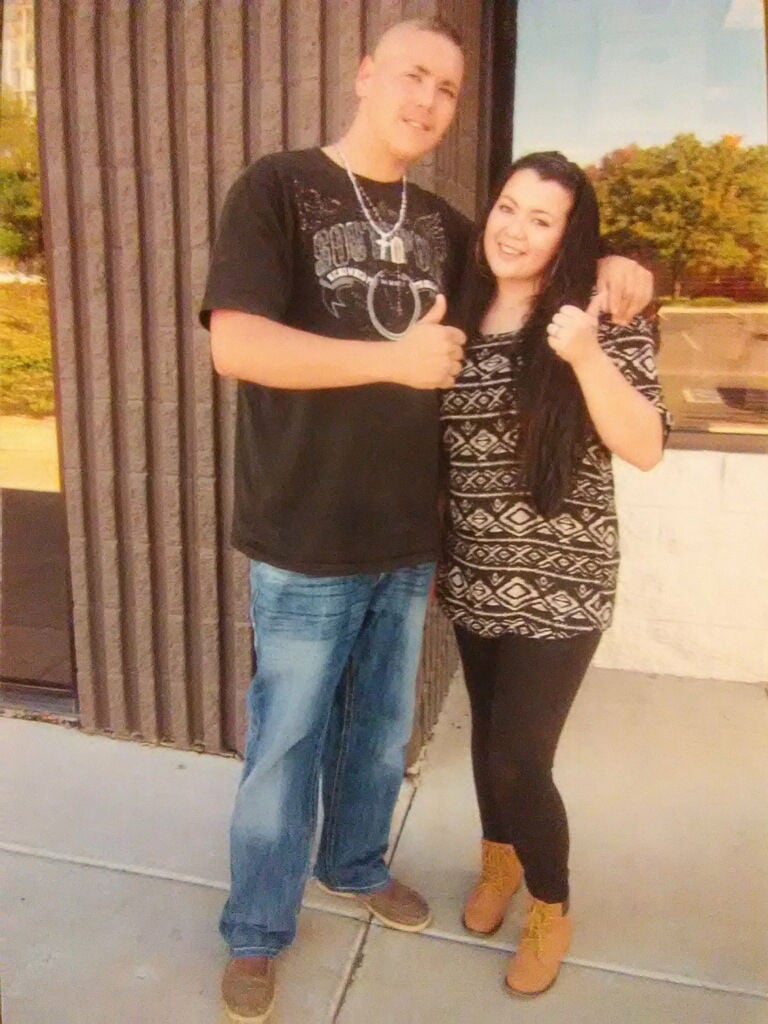 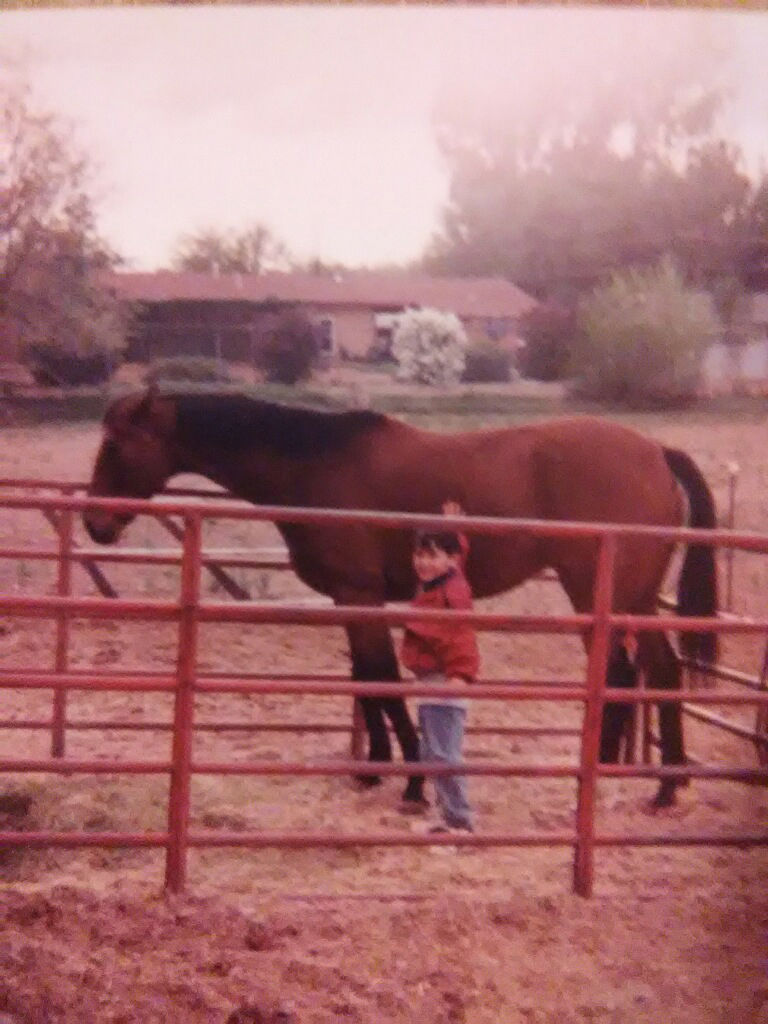 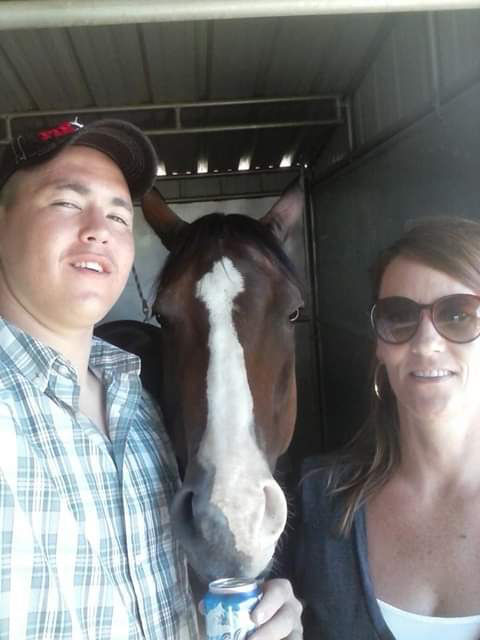 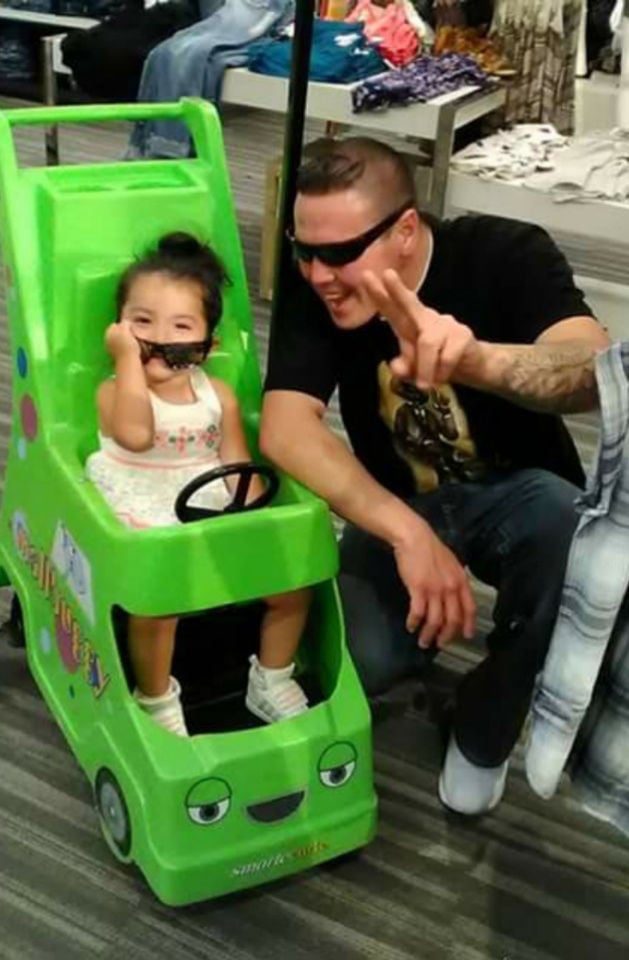 SPECIAL to the daily sentinel Brandon Sanchez was shot to death in the yard of a Pear Park home in September 2018. 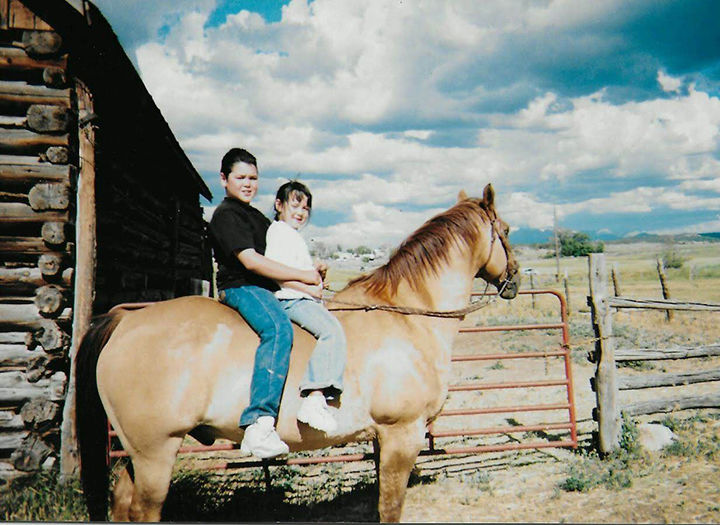 SPECIAL to the daily sentinel Brandon Sanchez was shot to death in the yard of a Pear Park home in September 2018.

When Brandon Sanchez showed up at the horse tracks, everybody knew his name.

He was a big guy at 6 feet 2 inches, and he stood out among the slight jockeys, both at the official tracks or the unsanctioned small-purse "bush tracks" so popular in rural Colorado and Utah. He'd been part of his family's horse-training and racing tradition since he was a child, too, so he'd been around.

But it was more than that, according to his sister, Monica Sanchez.

"He had this really unique laugh. It was really loud and he smiled like ear to ear," she said. "It could be your worst day and he'd just make it better."

Monica said she would often see some stranger enthusiastically greet her brother by name and stop to chat, and eventually walk away.

"He'd be like, 'I don't think I know that person,'" Monica said. "He was somebody that you don't forget."

Brandon Ray Sanchez died this year, shot to death Sept. 16 in the yard of a home in Pear Park.

To his family, Brandon was a protective big brother, a doting uncle, an affectionate son, a talented horse trainer, the life of the party at family get-togethers.

"He was our everything," said Donna Sanchez, Brandon's mother.

He was fashion conscious, was given to slicking his hair back even in elementary school. Monica said at one point, Brandon lost a dangerous gamble with peroxide bleach.

"It didn't come out so good," Monica said, laughing. "But he rocked it."

"I would literally do anything that I could to make him play with me," she said.

While Brandon teased and tormented her at home, she said he was a protective big brother anywhere else.

"I was a really chubby kid. I got picked on a lot," Monica recalled. "He would come to my rescue."

The Sanchez family has deep roots in western Colorado, and the epicenter was always Sanchez Racing. The whole family "did horses," and Brandon grew up as a trainer and farrier. At a young age, he had an encyclopedic knowledge of breeding and bloodlines learned from his father. Brandon's cousins, Ryan and Dustin Sanchez, are both jockeys in the family business.

They said that in addition to teaching them about horse training, Brandon taught them a bigger lesson: how to lose and keep having fun.

"This business, you can't be a sore loser, and you can't expect not to lose," Ryan said. "He was just big-hearted. … He taught me everything."

"Working with him every day, that was the best," Dustin said.

After the races, the family would often convene for a meal, the same as they would on major holidays. Brandon loved it all: barbecuing and drinking beer with his cousins, eating menudo and green chile stew, just hanging out.

"We just did everything together," Donna said.

As Monica grew up, Brandon stayed protective of her. When she was in high school and got into trouble, her brother was there for her.

"He'd always tell me … to think before you do that," Monica said. "I wish he would have taken his own advice."

He'd warn her to control her temper, to not jump into bad situations.

He worried about his sister's potential boyfriends. Monica said it meant everything to her when her now-husband, Jacob Rodriguez, hit it off with Brandon.

When Monica and Jacob had their daughter, Alycianna, Brandon became a doting uncle. Aly adored her uncle, and gave him the nickname "Bunko Pop."

Just a few weeks before his death, Brandon visited his sister and went with her and Aly to the park down the street. While playing around, he accidentally kicked Aly's ball into a little creek.

In Monica's eyes, Brandon was always sweet, always supportive. But she knew he was getting into his own share of trouble — a litany of mostly low-level offenses like driving under the influence, theft and traffic violations. He tried to shield his family from his issues with drugs, and even had some in his system at the time of his death.

"He would tell me, 'I just didn't want you to think less of me as a person or as a brother,'" Monica said.

Monica said she and her brother talked about his behavior, and she even approached him about it the last time he got in trouble with the law.

Monica said she believes her brother was trying to turn things around. In the year before his death, he talked about wanting to settle down, start his own family.

"More than anything I think he was starting to reflect on his life," Monica said. "It sucks that all of that was taken away from him."

HOW WE REPORTED THIS SERIES

Daily Sentinel staff embedded with Mesa County Sheriff's Office investigators from the early hours of the investigation into the Sept. 16 shooting death of 26-year-old Brandon Sanchez of Grand Junction in order to observe and provide readers with a behind-the-scenes look at the way a homicide investigation works.

The Sheriff's Office agreed to the higher-than-usual level of access to its investigation on the following conditions:

■ The Sentinel agreed not to publish stories based on the special access reporting until the Mesa County District Attorney's Office had ruled on how to charge Sanchez's shooter.

■ The Sentinel agreed not to identify the man who is currently facing burglary- and assault-related charges in connection with the incident because his case is ongoing and prosecutors don't want to hinder his right to a fair trial.

■ Sentinel staff did not enter the property where Sanchez was killed at any point while reporting this story.

No other conditions were placed upon the Sentinel in this case. As in all cases, the newspaper did not allow any source to review this story before publication, including any employees of the Sheriff's Office or the District Attorney's office, or family members of the victim.

A multi-day series examining the people, places and decisions involved in the Sept. 16 shooting death of 26-year-old Brandon Sanchez of Grand Junction.

SUNDAY: THE CALL — A shooting at a Pear Park house known to law enforcement and occupied by people with felony records makes it difficult for investigators to separate fact from fiction.

TODAY: THE VICTIM — Brandon Sanchez was an experienced horse trainer, the life of the party and a goofball who didn't quite follow the advice he gave to his little sister to stay out of trouble.

TUESDAY: THE INVESTIGATIONS — Deputies believe Brandon Sanchez was committing a crime when he was fatally shot. Conducting their own unofficial inquiry, his family is hopeful they'll discover otherwise — and frustrated he's being shown in a light different than how they want to remember him.

Read other days of this series online at GJSentinel.com.