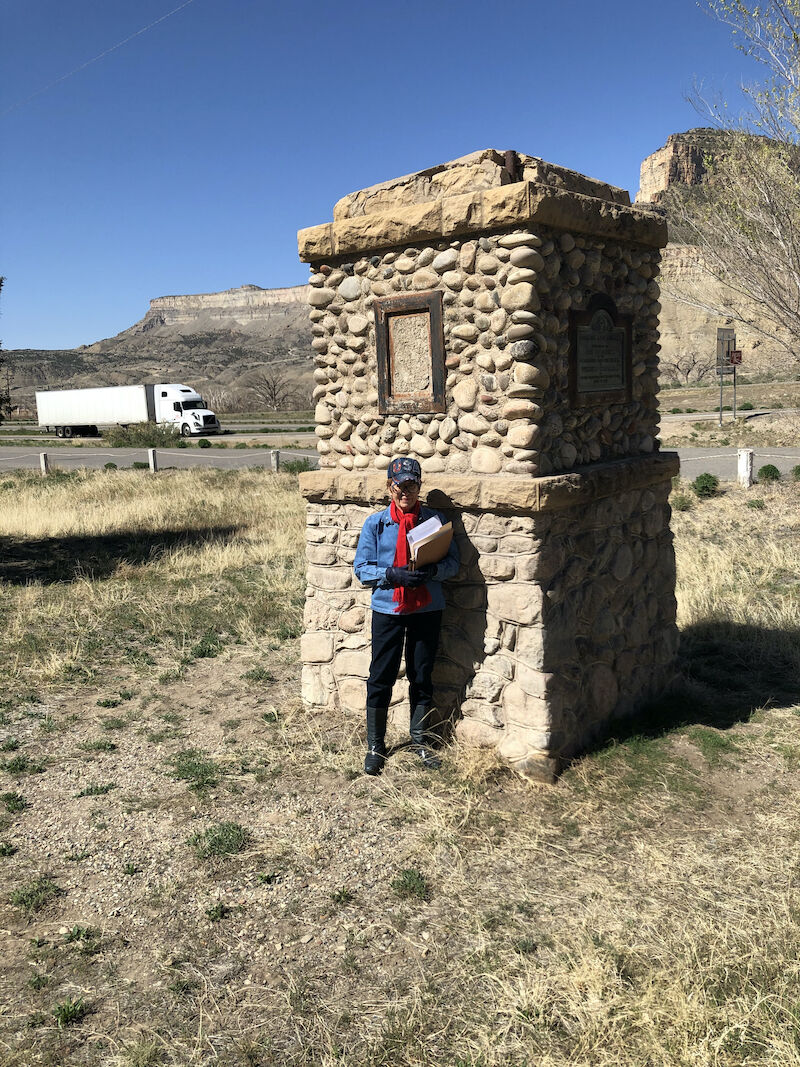 Bob Silbernagel/Special to the Sentinel

Beverly Duzenak of the Plateau Valley Historical Preservation Society stands in front of Pioneer Monument, which the historical group hopes to work to preserve. 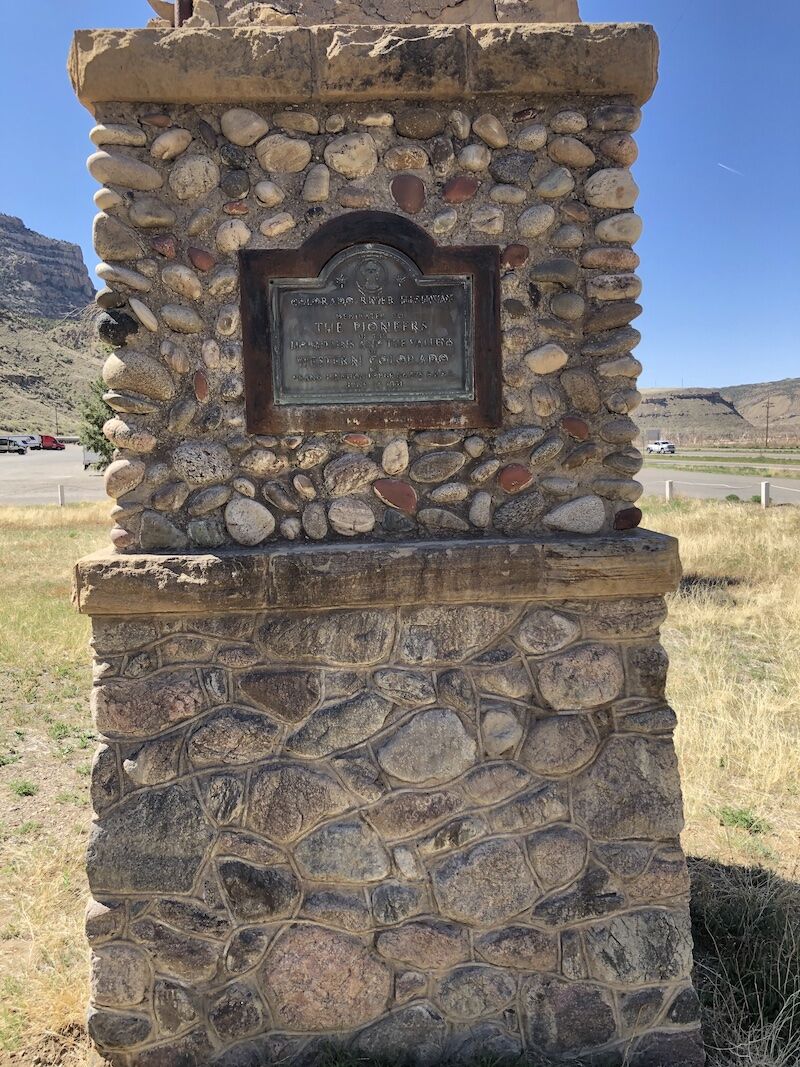 Pioneer Monument on the south side of Exit 47 from Interstate 70. 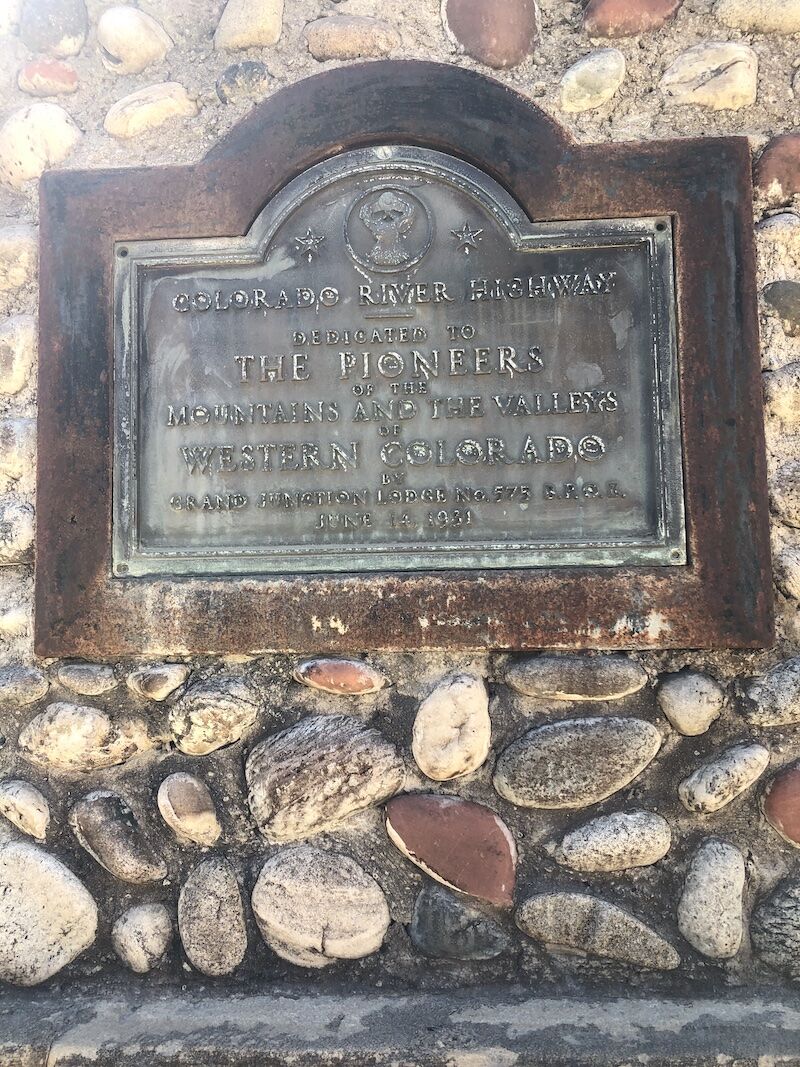 The wording on the only plaque left on the four-sided monument honors West Slope pioneers. 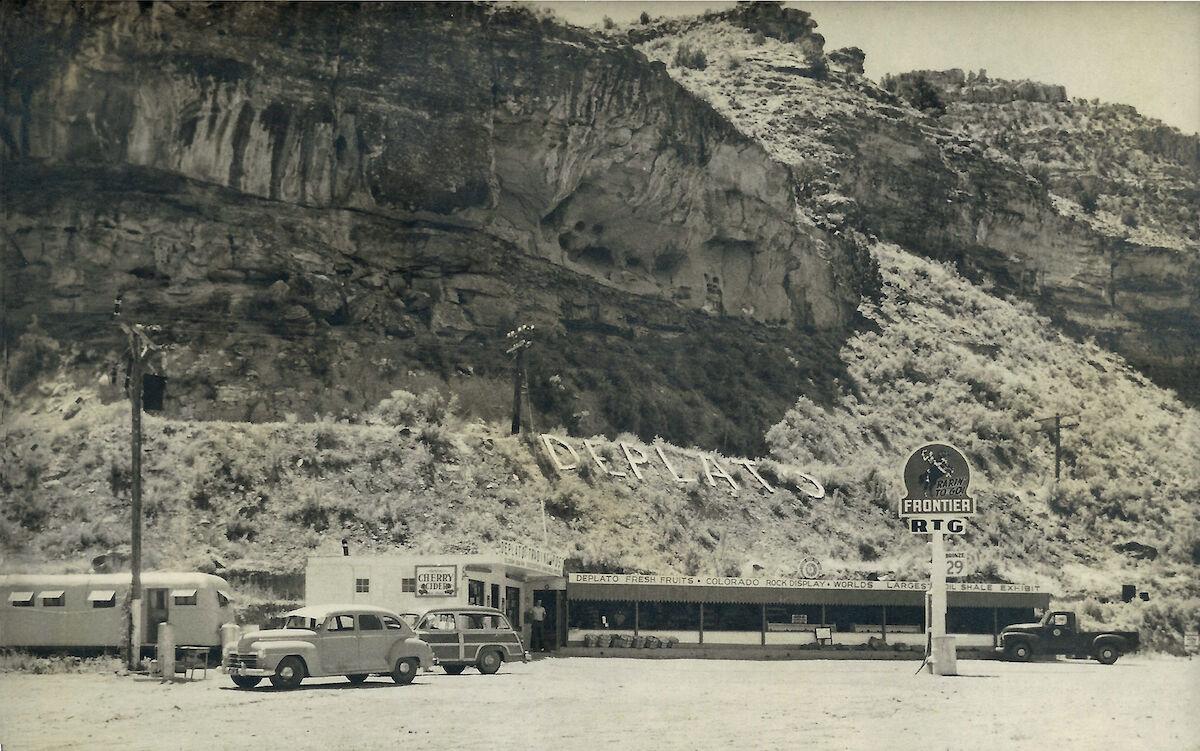 This stop for travelers was at the entrance to Plateau Canyon during the 1950s and early 1960s, until it was moved for Interstate 70. Pioneer Monument stood nearby.

Bob Silbernagel/Special to the Sentinel

Beverly Duzenak of the Plateau Valley Historical Preservation Society stands in front of Pioneer Monument, which the historical group hopes to work to preserve.

Pioneer Monument on the south side of Exit 47 from Interstate 70.

The wording on the only plaque left on the four-sided monument honors West Slope pioneers.

This stop for travelers was at the entrance to Plateau Canyon during the 1950s and early 1960s, until it was moved for Interstate 70. Pioneer Monument stood nearby.

In the summer of 1931, the year that the Pioneer Monument was dedicated near the mouth of Plateau Canyon, another event occurred there that was equally worthy of public notice.

The new section of what was then called Colorado River Highway shaved eight miles off the journey between Plateau Canyon and De Beque and added a new, scenic section of roadway.

So, when nearly 100 people gathered near the mouth of Plateau Canyon on June 14, 1931, to watch the unveiling of the Pioneer Monument, dedicated by the Grand Junction Elks Lodge 575, they also were there to celebrate the opening of the new section of highway.

The 14-mile section of gravel highway had cost $600,000 and was paid for with federal and state highway money, the crowd was told.

DEPLATO included a gas station, fruit stand, a small diner and gift shop. In the early 1960s, when the Colorado Department of Highways was preparing to build a section of Interstate 70 through De Beque Canyon, most of the buildings were moved a few miles to the west.

The restaurant became known as Thompson’s Corral, with a gas station next door. It was owned by Alex Thompson, who later became Mesa County’s coroner.

Still later, Thompson sold the truck stop and restaurant to Gay Johnson. Now called the Exxon Truck Stop, it sits on the south side of I-70 at the interchange that serves Island Acres on the north side.

Also, early in the 1960s, Pioneer Monument was moved from the mouth of Plateau Canyon to state land near Thompson’s Corral.

“There used to be picnic tables, benches and a sprinkler system. It was all maintained by previous truck stop owners,” said Joel Berschauer, with what’s now called the Colorado Department of Transportation.

“There was never an actual agreement between CDOT and the property owners; it was just a good ol’ boys handshake back in the day,” he added.

However, when the truck stop was last sold, maintenance of the site was discontinued.

During the more than half- century that Pioneer Monument has been at its current location, it has begun to deteriorate.

Only one of the plaques that originally graced all four sides of the obelisk remains. The top is crumbling, and the small park surrounding the monument needs maintenance.

Enter members of the Plateau Valley Historical Preservation Society. They have contacted Berschauer about the possibility of maintaining the 90-year-old monument.

Beverly Duzenak, a member of the Plateau Valley group, said they have worked closely with Priscilla Walker of the Palisade Historical Society in seeking photos and information about the old monument.

“I learned about the monument four years ago, and I was fascinated,” said Duzenak.

For one thing, the woman who unveiled the monument at the ceremony in 1931, Jessie Scrimgeour Anderson, was related to a prominent Plateau Valley family, the Ridenours.

Additionally, because the monument originally sat at the entrance to Plateau Canyon, it would have been seen by all who traveled that road.

For those reasons, and because the monument is an important marker of this region’s early highway system, Duzenak said, “We want to keep it tidy and neat, replace the fence around it, replace the signs (that have disappeared on three sides) and put up an interpretive sign.”

She said the group also hopes to replace the concrete top of the monument, which is crumbling.

Berschauer, with CDOT’s Utility and Permits section in Grand Junction, said he is pleased the historical groups are taking an interest in the monument.

“I believe this is a great idea and will issue a permit to the historical societies if they decide to pursue the repairs and maintenance,” he said.

Before that can occur, Duzenak said, the Plateau Valley group needs to raise some money through donations and enlist more volunteers to ensure it has the resources to take on the neglected monument.

The ceremony unveiling the monument was not neglected 90 years ago on June 14 –– Flag Day. A few days before the dedication, The Daily Sentinel reported that extra automobiles were needed to carry people from Grand Junction to the ceremony.

The local Elks Lodge sent invitations to Elks around the state and in Utah. Additionally, political leaders like Congressman Edward Taylor and Gov. William Adams were expected to attend. Leaders of the Grand Junction Elks Lodge and representatives of the Highway Department were among the speakers.

William Weiser, who was then this region’s representative on the Colorado Highway Commission, told of the statewide cooperation that made it possible to get the money to allow construction on this important section of highway.

Charles J. Moynihan of Grand Junction gave what the Sentinel described as an “eloquent” speech about pioneers who helped develop this nation, called “Those Who Blazed the Trail.”

A group of what the Sentinel said were “pretty girls” marched before the crowd carrying American flags from different periods in our history, then arranged themselves in front of the speakers’ platform while an orchestra played patriotic music.

One inscription on the side of Pioneer Monument read:

The Pioneers of the Mountains

and the Valleys of

That plaque still exists on the east side of the old monument. But the plaques on the other three sides of the obelisk have long since disappeared.

It is known that one of the missing plaques listed Gov. Adams, members of the State Highway Advisory Board and state highway engineers.

It isn’t known what the plaques on the other two sides of the monument said, or whether they duplicated the others.

There is little doubt, however, that in 1931, residents of the region were pleased, not only to honor pioneers who came before, but to see an important new section of highway opened.

As the Sentinel put it then, no one regretted the “new level graveled highway along the Colorado river” replacing “the old desolate road (the De Beque Cutoff) where the route wound for miles through dunes and alkali flats and solitude where nobody ever has or probably ever will live.”

Anyone interested in volunteering or donating to the Pioneer Monument project, or who has more information about the original monument, should contact Beverly Duzenak by phone, at 970-268-5454, by mail at P.O. Box 298, Mesa, 81643, or by email at duzenack@acsol.net.