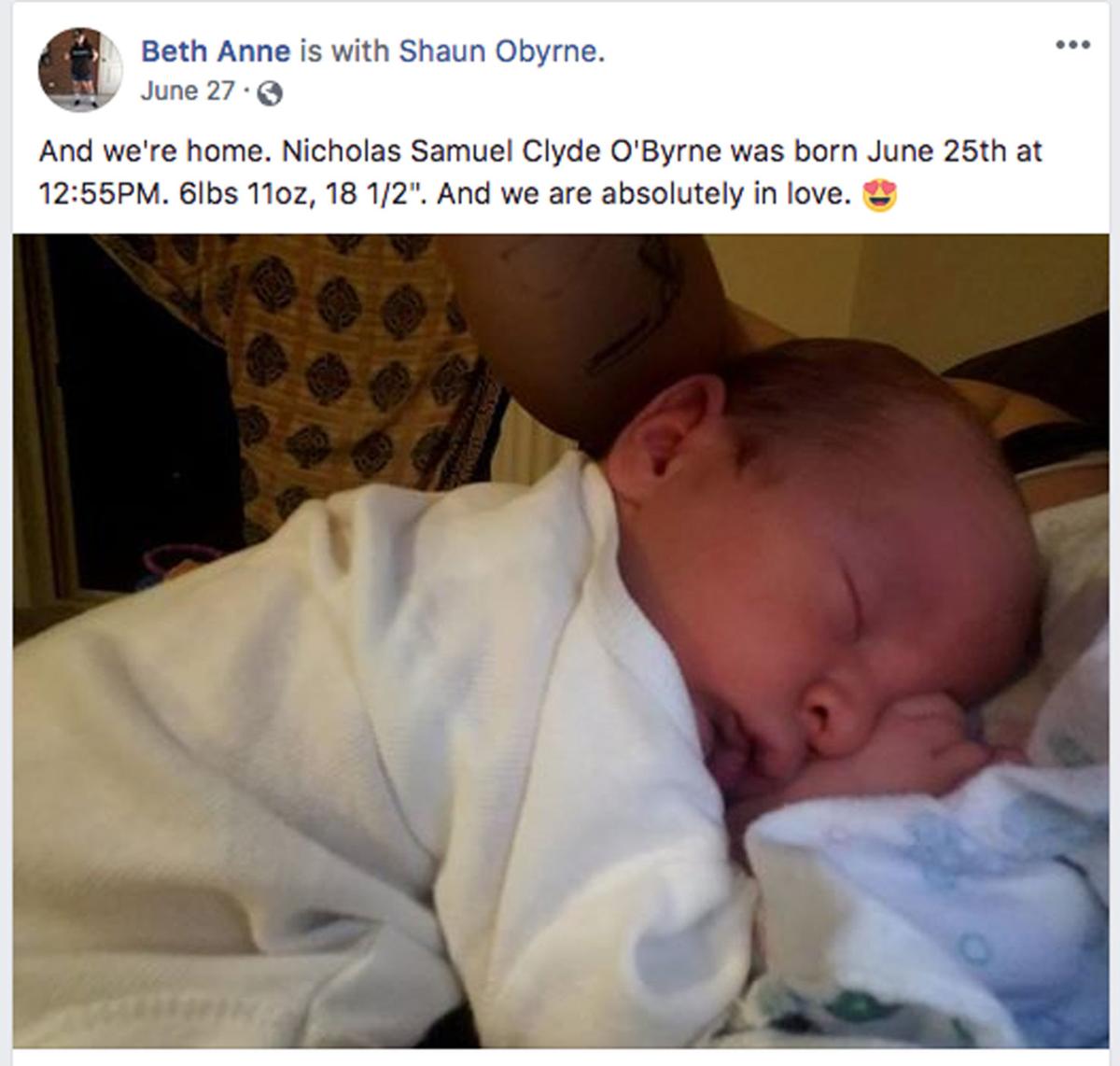 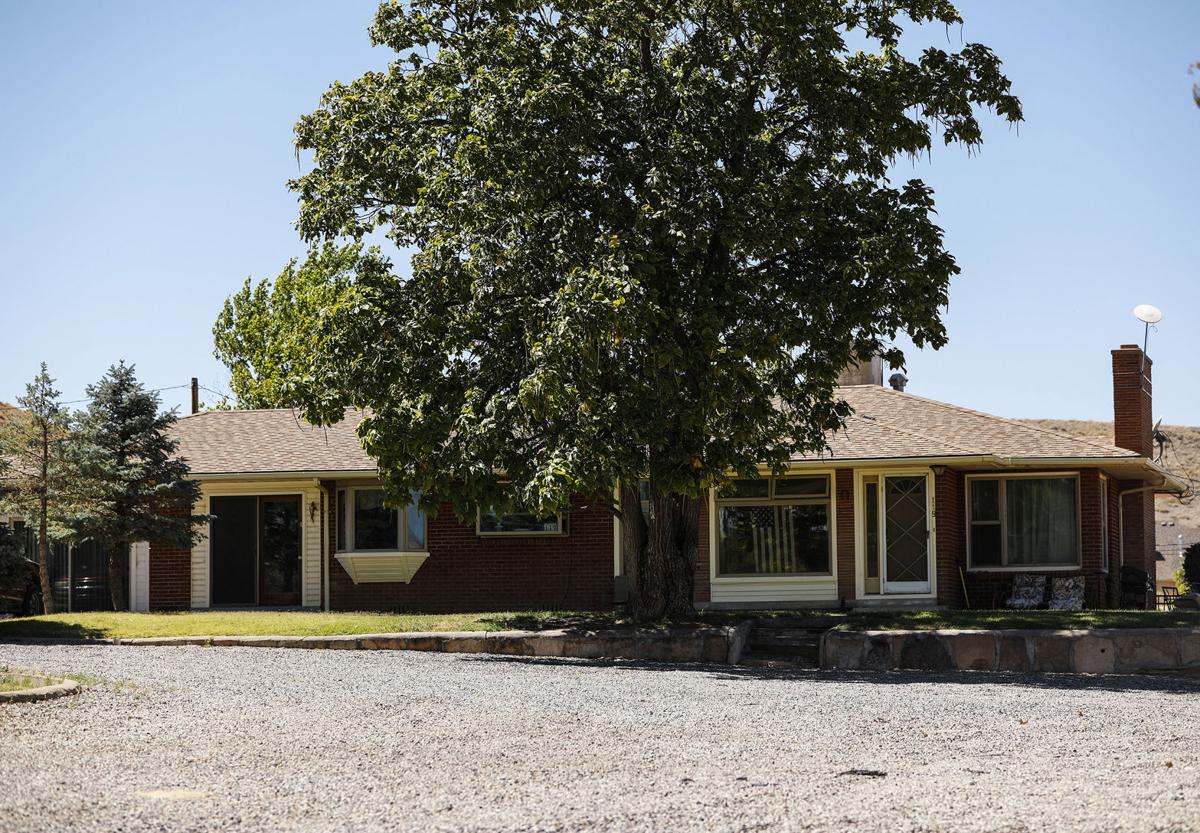 119 29 3/4 Road is the residence of Shaun O'Byrne, 31, who was arrested on Tuesday on suspicion of a single count of child abuse resulting in death and three counts of child abuse causing serious bodily injury involving the same child. 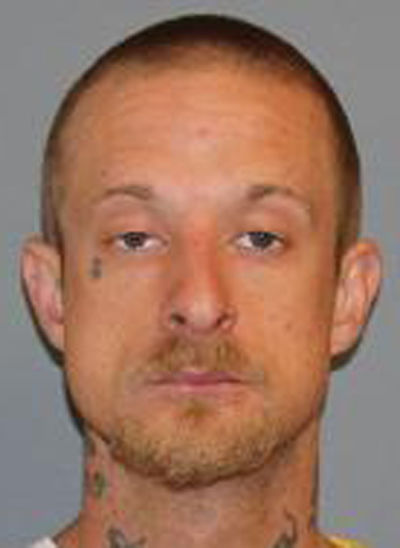 119 29 3/4 Road is the residence of Shaun O'Byrne, 31, who was arrested on Tuesday on suspicion of a single count of child abuse resulting in death and three counts of child abuse causing serious bodily injury involving the same child.

Investigators believe a baby who died in his home in late August had the breath squeezed out of him by his father, who had woken early to tend to the fussing child, according to court records.

Shaun K. O'Byrne, of 119 29 3/4 Road, is accused of child abuse resulting in death in connection with the August death of his son, who was identified Wednesday in court as 2-month-old Nicholas O'Byrne.

Nicholas was hospitalized early in the morning Aug. 27 after being found unconscious and not breathing at the home where O'Byrne lived with the child's mother. When Mesa County sheriff's deputies and Grand Junction Fire Department staff arrived at the home shortly after 5:17 a.m., they found O'Byrne performing CPR on the boy as instructed by 911 dispatchers, according to an arrest affidavit released Wednesday.

Emergency responders worked over Nicholas for about 20 to 25 minutes before locating a pulse and transporting him to St. Mary's Medical Center via ambulance.

Mesa County sheriff's investigators learned from doctors later that morning that the infant had multiple rib fractures that seemed to have already begun to heal, the report said. Nicholas was eventually transported to Children's Hospital Colorado where he was declared brain dead Aug. 28. He was removed from life support and died Aug. 29.

Mesa County Coroner Dean Havlik told investigators after performing an autopsy that the child had at least 17 rib fractures in at least three stages of healing when he died. Havlik said he believed the breaks were caused by non-accidental trauma and classified the death as a homicide, the report said.

"Dr. Havlik advised the cause of death is complications from blunt force chest injuries," the report said.

When questioned by investigators, O'Byrne allegedly told several different versions of what happened the morning before Nicholas was hospitalized. He said that he had gotten up at about 4 a.m. because Nicholas was fussing. At some point when O'Byrne said he was feeding and burping the child, he said he noticed his son's lips were blue and his forehead was red and he wasn't breathing, the affidavit said.

O'Byrne at some points suggested that his toddler daughter could have caused the injuries to Nicholas by climbing into his pack-and-play, calling her "kind of a bully" to her younger brother, according to the report.

O'Byrne "eventually offered" that he and Nicholas' mother have both accidentally rolled on top of the baby while sleeping near him "four or five different times," the report said. He also said he might have squeezed him a little too hard once when giving him a bath, although he said he "doesn't remember feeling any cracking or popping," the report said.

On the day Nicholas was hospitalized, O'Byrne said he squeezed his son too hard while holding him and didn't immediately realize the child had stopped breathing.

He also said he was "rough" when he was performing CPR on the boy, and that he "might have been too excessive when pressing on his chest," the report said.

"(An investigator) asked Shaun why he did this and Shaun said he didn't mean to," the report said. "Shaun said it didn't feel that hard to him. … Shaun said he doesn't know why he squeezed him so hard. … Shaun then stated quietly, 'I killed my son.'"

Investigators noted that when a doctor told the couple about Nicholas' broken ribs, O'Byrne's significant other "immediately broke down and started crying," the report said. "Shaun did not cry. Shaun nodded his head and looked down towards the ground. This did not seem to be an appropriate action by someone unless they already expected this."

O'Byrne appeared before a judge Wednesday afternoon on his new charges, speaking by videolink from the Mesa County Jail.

Prosecutor Mark Hand asked Judge Craig Henderson to set a high bond for O'Byrne, and to order him not to have contact either with Nicholas' mother or with any children under the age of 18, calling allegations against the 31-year-old "extremely concerning."

O'Byrne "acknowledged that he was rough with his son and was in custody and control of Nicholas at the time that he deceased," Hand said, while O'Byrne silently shook his head back and forth. "It's the people's position that … he poses a significant risk to the community."

Hand described in some detail O'Byrne's criminal history, which reaches back to when he was a juvenile. According to public records obtained by The Daily Sentinel from the Colorado Bureau of Investigation, O'Byrne's background includes cases in which he was accused of assault, menacing, domestic violence, trespassing and theft. In one case in 2016 that was ultimately dismissed, O'Byrne was accused of abuse of a corpse after he allegedly dumped his then-girlfriend's father's ashes out during a fight.

Nicholas' mother, on the other hand, asked Henderson to allow O'Byrne to contact her "as much as he can," adding that she doesn't understand allegations against him.

"Our family has been torn apart so much in the last few months and it's unspeakable," she said.

As the woman returned to her seat, she turned toward the screen where O'Byrne appeared, smiled and waved.

Defense attorney Scott Burrill echoed Nicholas' mother's request, arguing that unless Henderson had a specific reason for ordering O'Byrne not to have contact with his family, the order would be a "substantive due process" issue.

Henderson set O'Byrne's bond at $500,000 in cash. He said he will allow O'Byrne contact with Nicholas' mother, but banned him from any contact with any children under the age of 18, including his young daughter. O'Byrne is due back in court at 8:15 a.m. Tuesday before District Judge Valerie Robison.

Nicholas' mother declined an interview with a reporter following the hearing, saying that The Daily Sentinel has "endangered" her family by publishing a story in Wednesday's newspaper, and that her family has received death threats.

Nicholas wasn't the only child to die in O'Byrne's care this year. According to the affidavit, a 2-year-old child died in the same home May 6. The toddler's death was originally determined to be of natural causes.

In light of Nicholas' death, the coroner's office is planning to re-examine the case, according to earlier releases.