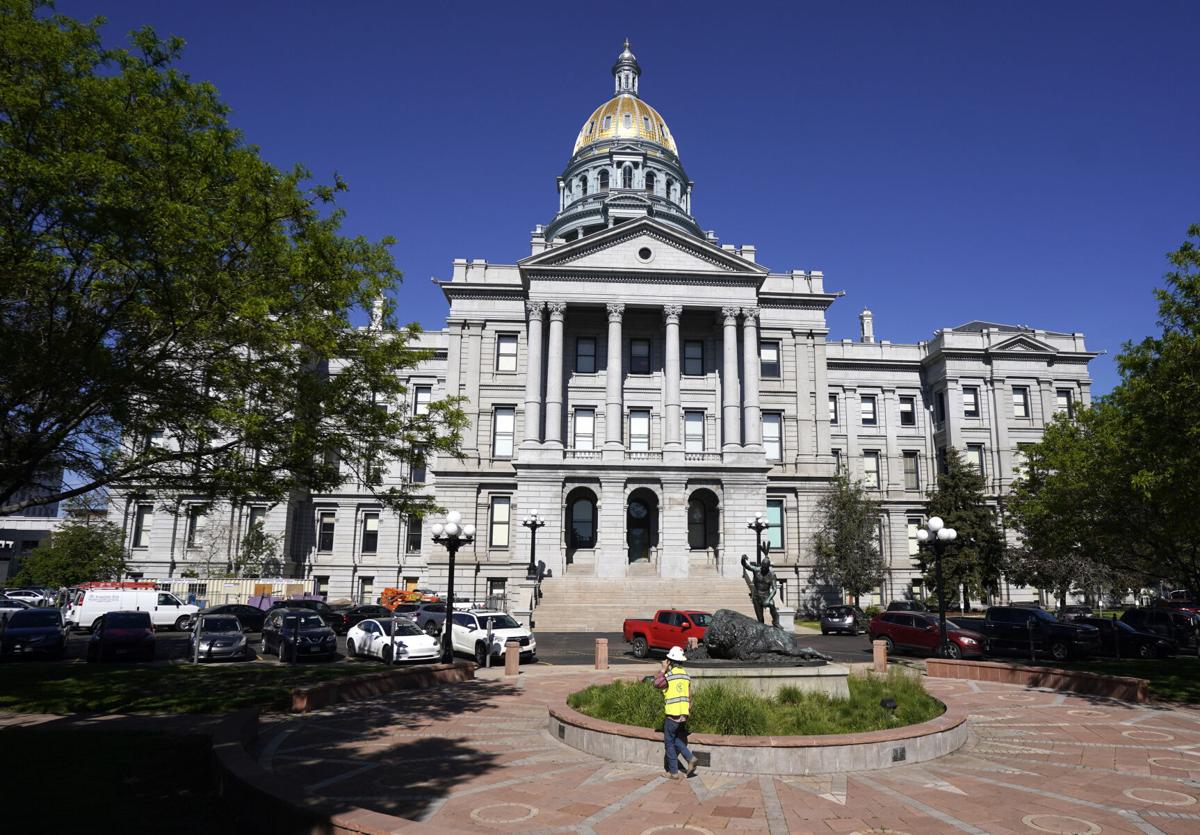 The morning sun shines on the State Capitol shines in downtown Denver. The Colorado Legislature ended its 2021 session last week after the Democrat-controlled Legislature pushed through a swath of progressive legislation on their agenda with little Republican support, following the aftermath of the coronavirus pandemic, multiple mass shootings in the state and a nationwide reckoning for racial justice. 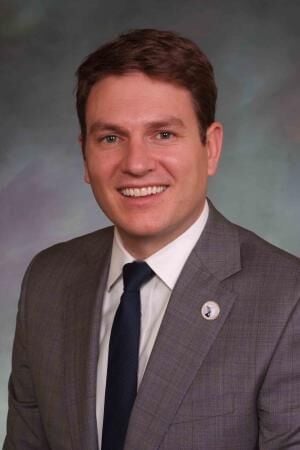 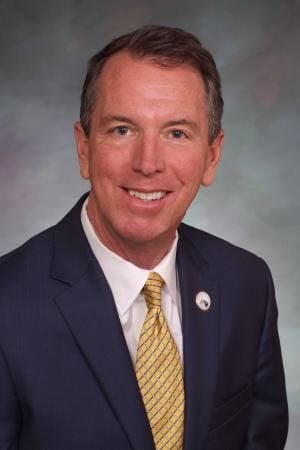 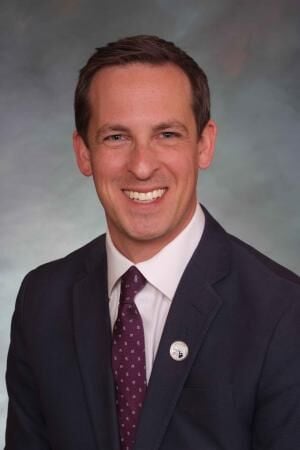 The morning sun shines on the State Capitol shines in downtown Denver. The Colorado Legislature ended its 2021 session last week after the Democrat-controlled Legislature pushed through a swath of progressive legislation on their agenda with little Republican support, following the aftermath of the coronavirus pandemic, multiple mass shootings in the state and a nationwide reckoning for racial justice.

The billions of dollars that the state had available to deal with the pandemic and what it did to the economy gave Democrats who have the majority in the Colorado Legislature an opportunity to advance their agenda during the 2021 session.

All that money helped lawmakers look good when they restored millions of dollars in cuts the Legislature was forced to make at the start of the 2020 session because of what the pandemic economy might become, an economy that didn’t turn out to be as bad as feared.

But the Democrats’ agenda was further aided when the state also received $1.2 billion from one of the first COVID-19 relief bills passed by Congress last year, and another $3.8 billion in a similar measure this year.

All that money has allowed Democrats to put a lot of bucks behind their bills, and not just toward an effort to help Coloradans recover from the pandemic and move the state’s economy into a much better position, legislative Republicans say.

It also had the side effect of emboldening Democrats to do whatever they wanted, including passing a number of pet bills that had nothing to do with helping the state’s economy improve sooner, such as offering collective bargaining rights to farm workers, addressing climate change concerns, growing the state’s bureaucracy or imposing new transportation fees to raise billions of dollars that won’t all go to asphalt or concrete, GOP lawmakers said.

“It’s an interesting political calculus that the Democrats are making,” said Sen. Paul Lundeen, R-Monument. “They’re saying, ‘Look at all this money, shiny object, shiny object.’ Meanwhile, they’re ignoring the voters. There’s this political calculus if we throw enough money at the voters, and it’s not costing us anything in this instance because it’s coming from the federal government.”

With all that money, the Legislature that ended the 2021 session on Tuesday was able to restore millions of dollars in cuts made to K-12 and higher education, dedicate tons of money to actual road and bridge projects, and create generous new grant programs designed to help small businesses and their workers get back on track.

It also allowed them to approve several, albeit minor tax cuts on businesses and homeowners, improve child tax credits for working parents and lower fees on vehicles registrations.

As a result, it was easier for Democrats to pass other ambitious legislation, such as massive new fees to fund transportation, a demanding mandate to lower greenhouse gas emissions on manufacturers, utilities and oil and gas companies, require insurance companies to offer cheaper health care plans and give agricultural workers the right to unionize for more pay and better working conditions.

“We have more money than we ever dreamed of having, and yet they push Senate Bill 260 through to make people pay more for things like Uber, Lyft, Doordash and gasoline,” said Senate Minority Leader Chris Holbert, R-Parker.

“So moving forward, even more money, $3 billion of state revenue that we didn’t think we were going to have, and then $3.8 billion of federal dollars, and now more fee revenue,” Holbert added. “Yes, I believe that all of that contributed to funding pet projects that they probably never thought they ever would get funded, and they did.”

While Senate Republicans were able to work more collaboratively with controlling Democrats in their chamber, that wasn’t always true in the House.

There, some Republican lawmakers did what they could to stall Democratic efforts, but ultimately blamed their own leadership, calling for a no-confidence vote on House Minority Leader Hugh McKean, R-Loveland on the final day of the session.

A handful of Republicans blamed McKean for not fighting Democrats hard enough, saying he was too go-along to get along. In the end, McKean won that vote 15-8.

Holbert came to McKean’s defense, saying those House GOP lawmakers were not aware of all the behind-the-scenes work McKean did to help his caucus, and Senate Republicans, temper some of what the Democrats did.

While that’s the way Republican leaders in the Legislature look at it, Democrats said they were just trying to do their jobs by tackling the state’s toughest issues for the short- and long-term.

“For the most part, we are trying to solve big problems that are facing the state,” said House Speaker Alec Garnett, D-Denver. “The problems that are left are some of the biggest and the toughest, and the fact that we were able to unwind many of these knots and get these things across the finish line is a testament to where we found ourselves. We were balancing building back stronger, providing relief, and at the same time trying to tackle these big issues that were out there.”

Gov. Jared Polis, a Democrat, praised those efforts, saying all lawmakers, and not just Democrats, were very thoughtful about how they spent the money, and how they addressed the other issues however controversial they were to some on the other side of the political aisle.

He said those lawmakers, at times with help from both sides of the political divide inside the Capitol Building and outside of it, helped get the Legislature to where Democrats wanted to go.

Senate Majority Leader Stephen Fenberg, D-Boulder, said politics always plays a role in how people view any legislative session, but quickly added that Coloradans shouldn’t lose focus on the long-term goals they were trying to achieve, such as lowering the cost of health care, providing sustainable funding for transportation, combating climate change and its impact on the state, while also addressing other pressing matters that arose during the session, such as six gun control bills that came after the shooting in Boulder that left 10 people dead.

Though Republicans repeatedly said the Legislature should have used all that state and federal money to fund those concerns rather than imposing new fees, Fenberg countered that their idea only addresses those problems with one-time money, and doesn’t consider what happens when that money runs out.

“Some of our opponents say, ‘Well, we’ve got all this federal money, why don’t we just use that,’ ” Fenberg said. “That money is short term. It will go away soon. What we really need to do is be leaders and think about long-term, structural changes.”

What fee increases the Legislature did approve, either for every gallon of gas Coloradans purchase or in the plastic bags they use at the supermarket, aren’t actually all that onerous, and won’t impact anyone for some years to come, he said.

“The reality is that any fee increases, if you look at any of the bills that include a fee, are really not going to touch the average consumer for many years,” Fenberg said. “There is a reason why some folks want fees to be the narrative coming out of this session, but in the end, and this isn’t just political-speak, we need to invest in these problems that have been facing us for a long time.”

Still, thanks to all the extra money lawmakers had available, they were able to pass numerous bills to put that money to good use, such as grants to help small businesses, restaurants and agricultural operations recover from the down economy, and to help employees get back to work with better health care, pay and child care, including helping displaced coal workers find new careers, Democrats said.

Some Republicans, too, got on that bandwagon, including such Western Slope lawmakers as Rep. Perry Will, R-New Castle, and Sen. Bob Rankin, R-Carbondale. Both joined such prominent Democrats as Fenberg and House Majority Leader Daneya Esgar of Pueblo to help divert extra cash to wherever they thought would do the most good for their constituents.

Will and Rankin, whose districts include many displaced coal workers, joined them on House Bill 1290 to add $15 million to the state’s relatively new Just Transition Office and Direct Assistance to Coal Transition Workers program in the Colorado Department of Labor and Employment.

The primary mission of the Just Transition Office is to provide job and training programs to coal workers who have already lost their jobs or are expected to soon, while the assistance program is a new one aimed at providing direct financial aid to coal workers and their families as they transition their lives.

But lawmakers didn’t spend all of the money. About $1 billion is still out there, but not yet allocated.

Over the coming weeks and months, and before next year’s session, lawmakers will meet with several stakeholders, private interest groups, experts and everyday Coloradans to discuss a variety of topics to decide what to do with the rest, particularly on things lawmakers haven’t thought about.

Overall, lawmakers considered 623 bills, 502 of which were approved. Of those that reached the governor’s desk, 235 have already been signed or allowed to become law without his signature, while one was vetoed. Now that the Legislature is out of session, Polis has a month to deal with the remaining 266 bills on his desk.

Here's a sampling of some of the bigger bills lawmakers approved during the 2021 session:

• SB88: Partly sponsored by Rep. Matt Soper, R-Delta, lawmakers passed a controversial bill that would allow victims of sexual assault while they were children to sue any organization that covered up their abuse and protected their attackers.

• HB1266: In the face of a promised governor veto on a bill dealing with climate change, Democrats dumped most of its provisions into a new bill that calls on manufacturers, utilities and oil and gas companies to lower emissions, and creates a new ombudsman's office to watch them.

• HB1164: Redefines how school districts can set their mill levies to raise revenue from property owners.

• SB87: Allows workers in the agriculture industry the right to form and join unions to collectively bargain for pay and working conditions.

• SB260: Imposes fees and alters other funding streams to raise $5.3 billion over the next decade to fund transportation projects, including road and bridge construction and transit projects designed to reduce traffic and convert the state's vehicle fleet to use electric vehicles.

• HB1260: Puts more money toward the State Water Plan, and was one of several bills dealing with watershed issues, including dedicating more money to mitigate wildfires, particularly in the rural-urban interface.