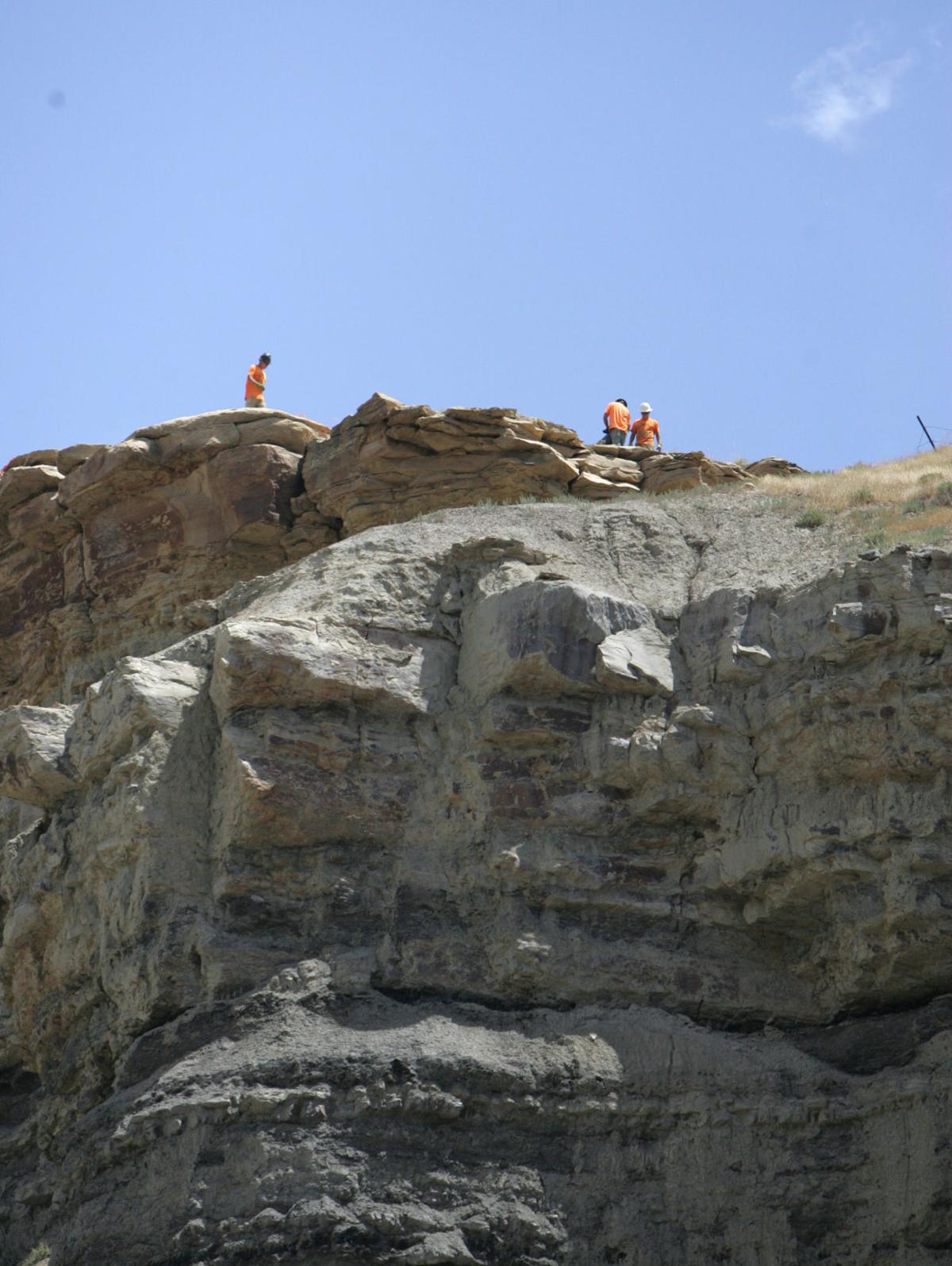 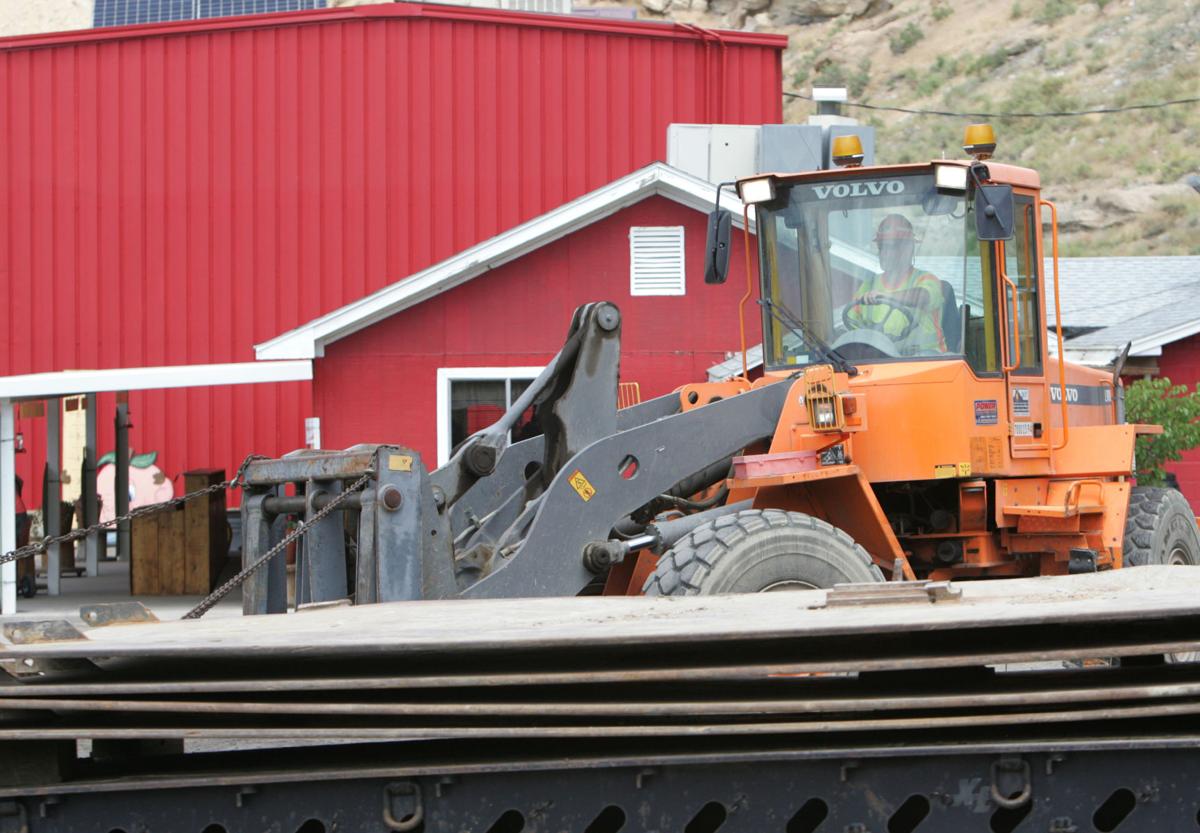 A Mesa County landowner is under investigation by several state agencies for allegedly pouring large amounts of water onto property he owns in De Beque Canyon that has weakened canyon walls, potentially endangering businesses and motorists below.

That issue is why the Colorado Department of Transportation sent crews into the canyon near the Cameo exit last week to mitigate possible rockslides, closing Interstate 70 at times to blast sections of the hillside to bring down loose rubble.

State officials are accusing the business owner, Rudolph Fontanari, of unnecessarily pouring large amounts of water onto a dry basalt rock quarry he operates there, creating a serious threat to businesses and motorists on the highway.

The matter was first discovered by the Colorado Division of Reclamation, Mining and Safety, which issued a cease-and-desist order last month against Fontanari, telling him that the permit he's held for his Western Slope Flagstone Quarry No. 2 since 1995 doesn't allow him to use water on the property.

"If (Fontanari) fails to heed this warning, CDOT will continue to work with local law enforcement, and will pursue any and all legal remedies available," First Assistant Attorney General Kathryn E. Young wrote July 12 to James Beckwith, Fontanari's attorney. "Also, please instruct Fontanari … to put (his) insurance companies on notice of (his) actions and any consequences that have resulted or will result from (his) actions, and to please send a copy of this letter to (his) insurance companies."

In a report about the matter, state mining inspectors said that a day after they examined the property in early July, rocks had fallen onto the interstate, causing CDOT to close sections of the road to remove them. Fontanari owns nine parcels in the canyon that total about 440 acres, but the property in question is located at mile marker 45.8 just above the Kokopelli Farm Market at I-70 Exit 46 (Cameo) about three miles east of Palisade.

CDOT crews returned last week to do more mitigation, including blasting sections of the hillside.

Fontanari said that in addition to the quarry, he also maintains farmland in the area, some of which is used for grazing. He said the property was once owned by George Crawford, a founder of the city of Grand Junction, more than a century ago.

He said the bulk of the water that collected in the pits was from runoff, and the irrigation water collected there because of a collapsed coal mine that closed years ago.

He said that mine is part of the problem, claiming that its former owners removed old pillars used to support the mine's ceiling, causing parts of it to cave in.

"The one pit that had water in it filtered through that cave," Fontanari said. "About 70 percent of the water comes from the cave area. The other 30 percent was irrigation water from farther south, what they call tail water. We hadn't got a ditch in yet, a waste ditch, to take this water over the hill, so it collected in the retention pond. This has not happened before. We've had trouble in the past to even get water across the land due to the subsidence" from the collapsed coal mine.

Brant Harrison, owner of Kokopelli Farm, however, said that's not what he's seen.

He said the only real crop he's witnessed Fontanari growing is hemp, and only a half-acre of that at best.

"I won't say that where he's watering now is out of line, but what he's talking about now is not what he was doing before," Harrison said. "I know good and well, if he had just watered where he says he was, I don't think he would have had issues."

In addition to Fontanari's other woes, Chris Arend, spokesman for the Colorado Department of Natural Resources, said the department's Division of Water Resources also is looking into whether Fontanari has been wasting water in violation of beneficial use laws, which could impact his water rights.

"However, right now it looks like the stronger authority is the CDOT cease-and-desist order, which the AG's office feels they could bring legal action against Mr. Fontanari if he begins irrigating again and we see similar impacts," Arend said. "Our local water commissioner did reach out to Mr. Fontanari's attorneys and he has agreed to not irrigate in the sensitive area until Division of Water Resources had been notified and has approved of the irrigation."

Meanwhile, Russ Means, director of the reclamation division's mineral program, said the agency has been monitoring Fontanari's property on a daily basis to make sure he doesn't do it again.

"We issued a cease-and-desist order based on the unauthorized impacts of retaining water in his pit, which is a condition of his permit because he said it would remain dry throughout the history of the mining activity," said Means, who until recently was the senior environmental protection specialist in the division's Grand Junction office. "The water is not part of the mining operation, so he's doing another activity, and that activity is impacting the mining area."

He said Fontanari is to appear before the Mined Land Reclamation Board on Aug. 21 to explain his actions and show whether he should be allowed to keep his permit. He faces fines of up to $5,000 for each day the board determines he violated his permit, which could be as much as $205,000.