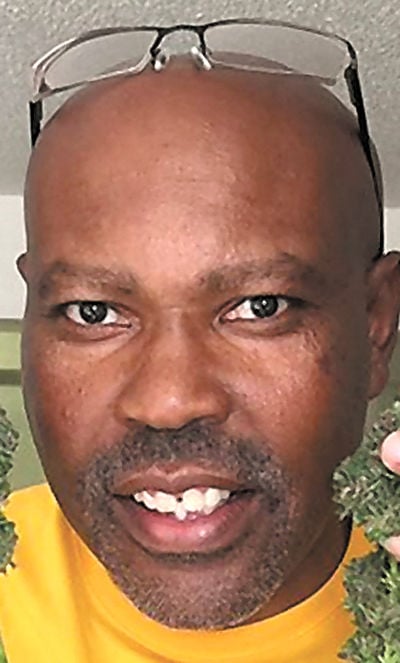 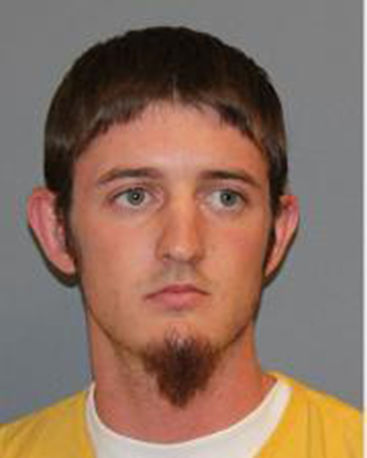 Federal prosecutors believe a Grand Junction man indicted in connection with a fatal fentanyl overdose in Carbondale in December may be linked to "multiple" other fatal overdoses in western Colorado, most of which occurred in Mesa County.

Bruce Holder, 52, was indicted by a federal grand jury earlier this month in connection with the Dec. 28 death of 30-year-old Jonathan Ellington of Carbondale, who authorities believe died after ingesting a blue fentanyl-laced pill.

Fentanyl is a synthetic opioid used as a powerful anesthetic judged to be 30 to 50 times more potent than heroin.

But federal investigators don't believe Holder's involvement in dealing fentanyl was limited to the dose that killed Ellington.

During a Monday afternoon hearing in a Grand Junction federal courtroom, Assistant U.S. Attorney Jeremy Chaffin said Holder is suspected of turning a major profit through selling the powerful drug. Chaffin said his office has evidence that Holder made monthly trips to Mexico to purchase fentanyl pills by the thousands; that he smuggled fentanyl back across the border and sold it as little blue pills; that his wife and daughter helped sell the pills as well; and that Ellington might not be the only victim.

"The investigation to date has identified a number of people whose deaths are linked to these … blue pills," said Chaffin, who stopped short of saying his office plans to seek indictments against Holder in connection with other deaths.

Holder is a longtime resident of western Colorado who has lived in either the Grand Valley or the Delta area since 1988, according to defense attorney Marna Lake. A married father of several children and stepchildren, Holder has worked at times as a subcontractor and at times in the oil and gas industry, and at one point served a federal prison sentence.

Holder is suspected of visiting the condo about once a month, allegedly using each trip to smuggle home an estimated 2,000 to 5,000 pills.

Chaffin said witnesses have told his office that Holder often gets out and crosses the U.S.-Mexico border on foot in order to avoid attention on the car being driven by an associate.

His last trip to Mexico was in June. According to Chaffin, he crossed the border within a minute of his wife, who was driving.

Once back in Colorado, Chaffin alleged Holder sells the blue pills — which are disguised to look like oxycontin pills and which have been referred to in other hearings by the street name "smurfs" because of their color — for upwards of $20 each.

Chaffin said he has evidence of Holder making large cash deposits into bank accounts during periods that he reported no income.

Chaffin on Monday also linked Holder's case to that of 27-year-old Christopher L. Huggett, a Grand Junction man indicted on identical charges earlier this year. According to Chaffin, Huggett was a family friend, so close with Holder that he referred to him as an uncle.

Both Holder and Huggett have also been indicted with a count of distributing fentanyl resulting in serious bodily injury involving another person in Carbondale.

Z.G. also apparently consumed a fentanyl-laced pill and was hospitalized around the same time that Ellington died.

Chaffin confirmed after the hearing that "most" of the deaths with which Holder hasn't been charged occurred in Mesa County.

Chaffin said he has evidence that one man who died of a fentanyl overdose in May was a direct customer of Holder's. Investigators found near the man's body a baggie emblazoned with a penguin and containing the blue pills.

Chaffin said confidential informants have also made a number of controlled buys from Holder's daughter, who has not been arrested, and witnesses have said they have bought fentanyl from Holder's wife when he is out of town.

Chaffin told U.S. Magistrate Judge Gordon Gallagher on Monday that after Holder's arrest, investigators recovered recorded phone calls he made to his wife while in custody, asking her to wipe data from his cellphone and an iPad.

"Given the amount of people who have died of these pills, (and) given his willingness to destroy evidence … I think he poses a risk to the community," Chaffin said.

Holder insisted on addressing Gallagher himself during Monday's hearing. He said when he "vacations" in Mexico with his family, he walks across the border in order to self-identify as a felon and spare his family the indignity of being hauled from a car at gunpoint.

He also admitted to asking his wife to wipe data from electronic devices, but said it wasn't because he was breaking the law.

"I asked my wife to shut it down because there are explicit family photos (on the devices)," Holder said, who referred to images as "kind of naughty" between himself and his wife but not illegal.

Holder also said he is a good neighbor.

"I pose no threat to my community," he said. "I'm very neighborhood orientated. … I'm in no way a threat."

Holder added he feels his past charges are linked to being a "black male in society in Grand Junction," but didn't elaborate.

Noting the "extraordinarily serious" nature of the case, and Holder's resources, ties to Mexico and criminal history, Gallagher ordered Holder to remain in custody pending his trial. Holder is due back in court Friday.

Chaffin said after the hearing that he can't comment on whether he is seeking indictments against other members of Holder's family.

FENTANYL-RELATED DEATHS ON THE RISE IN MESA COUNTY

The Mesa County Coroner's Office has investigated multiple deaths involving fentanyl since 2013, including 10 since July 2017, according to records obtained using the Colorado Open Records Act.

Some fatal fentanyl overdoses appeared to involve the drug being used in combination with other drugs or with alcohol, while others involved fentanyl alone.

With the exception of one suicide earlier this year, all fentanyl-related deaths listed appeared to be accidental overdoses.

■ A 54-year-old man died in an overdose involving fentanyl, oxcyodone and methamphetamine Aug. 21, 2017.

■ A 48-year-old woman died in an overdose involving fentanyl and methamphetamine Nov. 22, 2017.

■ A 59-year-old man died in an apparent suicide involving both fentanyl and oxycodone April 4.

■ An 18-year-old man died in an overdose involving fentanyl, oxycodone and gabapentin  May 19.

■ A 32-year-old woman died in an overdose involving both acetylfentanyl and cocaine June 11.