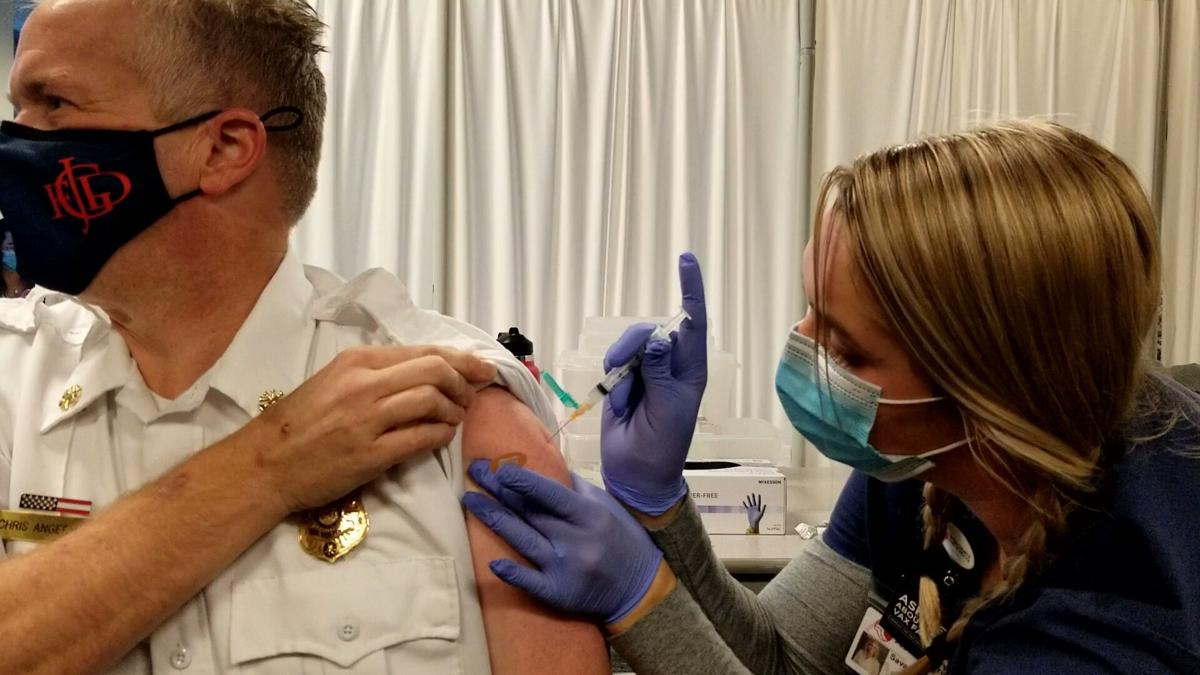 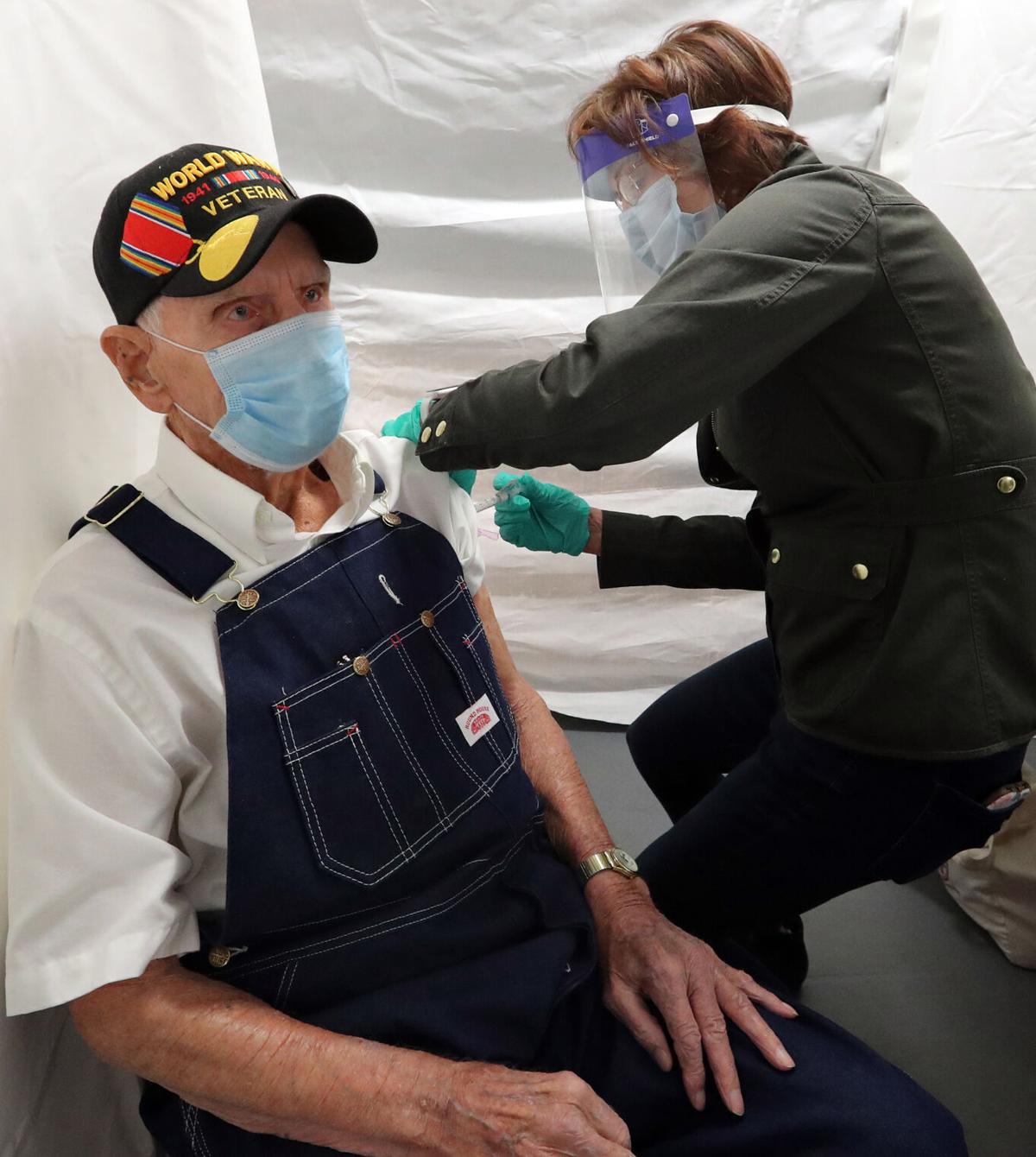 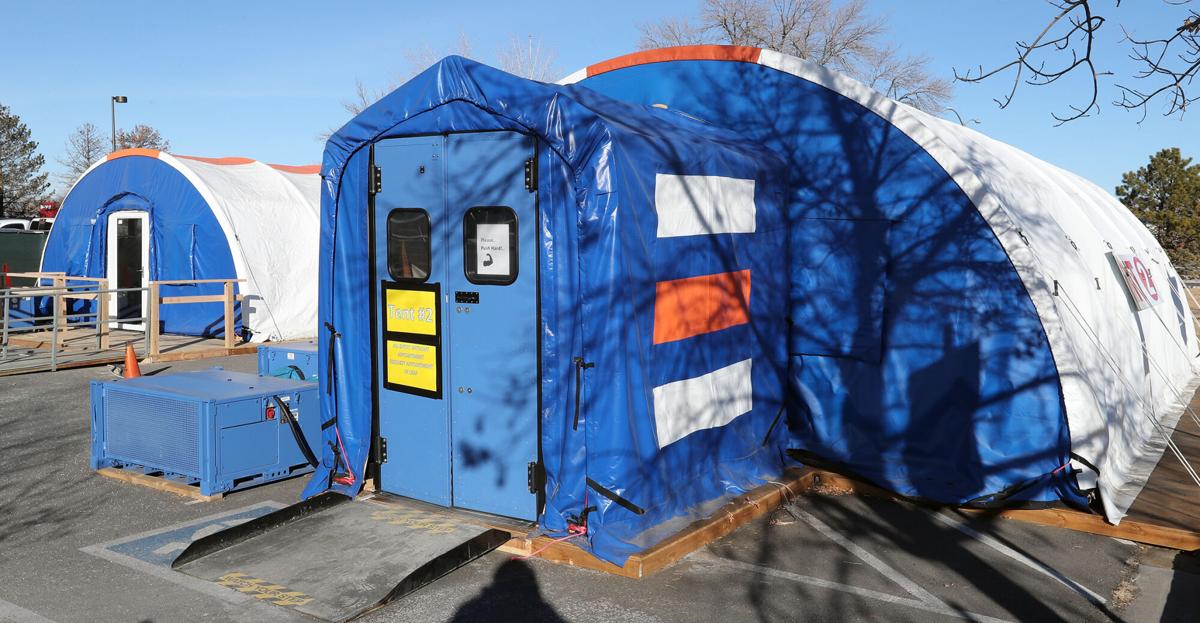 Three tents are set up at the Veterans Affairs Medical Center in Grand Junction for veterans and hospital staff to receive their vaccinations. 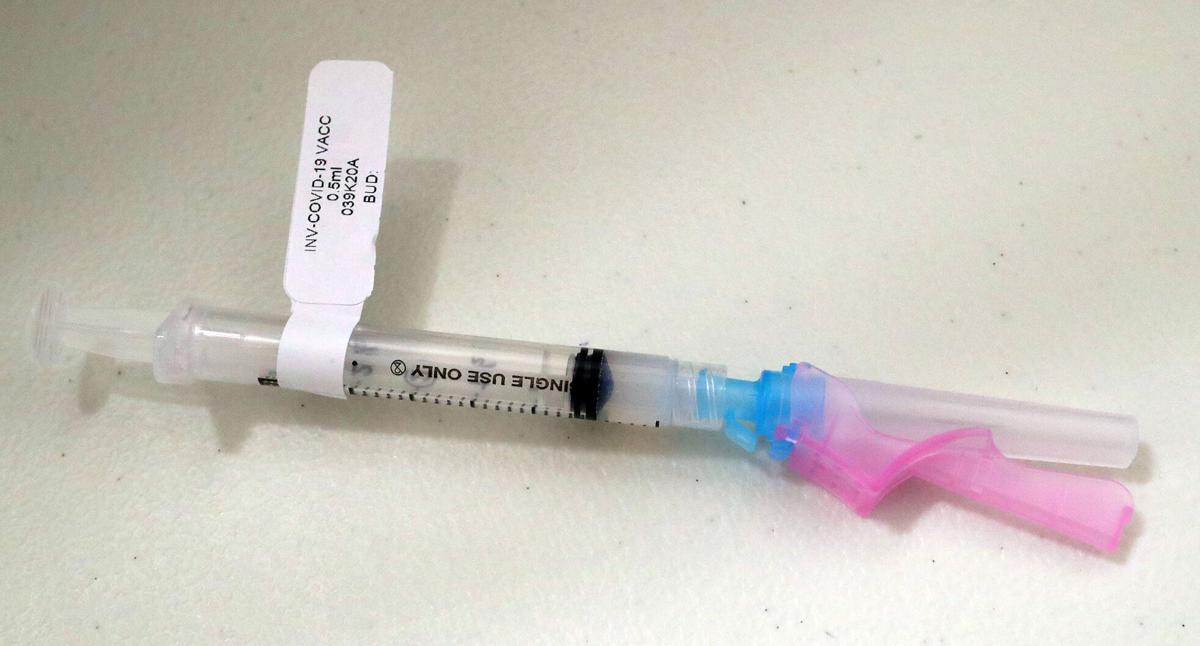 Three tents are set up at the Veterans Affairs Medical Center in Grand Junction for veterans and hospital staff to receive their vaccinations.

Thousands of COVID-19 vaccines have been administered already in Mesa County, and local health officials are ready to handle the thousands of more residents looking to be inoculated.

As the county’s vaccine distribution plan moves from the highest prioritized individuals on down the list, Mesa County Public Health and its community partners have been pleased with how smoothly the operation has run so far.

With more than 6,800 doses received and more than 3,400 doses given, according to numbers last updated Monday, the county is 8% of the way through the first phase of distribution.

Among those getting the vaccine in Phase 1 are highest-risk health care workers, long-term care facility staff and residents, emergency services, first responders, people 70 and older and other health care staff.

As the vaccine becomes available to more of the general public, Jeff Kuhr, executive director of Mesa County Public Health, said the county is looking at ways to improve communication and access, especially for that 70 and older group.

He expects to address that age category in the coming week.

By 11:30 a.m. on Friday, the county had received 10,252 online forms. Kuhr also planned to get the word out in several ways for those who may not have access to the internet or a computer.

“We will do a media blitz into that group and want to make the call center available to them to sign up,” he said.

Kuhr said those hoping to sign up who don’t want to do it on a computer can call 970-248-6900 and one of the Public Health team members will add them to the list to get a form filled out. At this point, they need to be 70 or older or an essential worker to qualify. Among the forms turned in so far, about 80% have been in the 70 or older category.

“We want to fill all the appointment slots available to us,” Kuhr said. “We want to keep doing more vaccines, but that is up to the state.”

At a press conference with Colorado media on Friday to discuss the state’s coronavirus response, Colorado Gov. Jared Polis said his goal was to have 70% of all Coloradans ages 70 and up vaccinated by the end of February.

“In most places in our state, people 70 and up have begun to get vaccinated,” he said.

Because people 70 and older represent more than three- quarters of all COVID deaths in the state, he wants their vaccines prioritized.

According to state numbers, 50% of vaccinations have been done through hospitals, 20% have been through community partners, 10% through retail pharmacies and 10% at federally qualified centers.

“Over 2% of Coloradans have received the vaccine,” Polis said.

State epidemiologist Dr. Rachel Herlihy joined Polis at Friday’s press conference and said that mask use and social distancing will remain important as the state works its way through its vaccine distribution.

“The key message here is that social distancing and mask wearing continue to be more important and have a greater impact on individual hospitalizations than the vaccine,” she said. “It’s really going to be several months until we see a clear impact.”

Earlier this week, vaccinations started for staff and residents of long-term care facilities in the city through federal contracts between the Centers for Disease Control and Prevention, Walgreens and CVS, known as the Pharmacy Partnership Program.

Veterans Affairs began administering the COVID-19 Moderna vaccine last week with the highest-risk veterans first, as determined by the CDC.

Kayla Holst, spokesperson for VA Western Colorado Health Care System, said they started with homeless veterans, then veterans with underlying health conditions like transplant and chemo patients, then veterans over the age of 85.

She said the rollout thus far has been “phenomenal.” Approximately 15,000 to 16,000 veterans are enrolled in the western Colorado coverage area. Veterans have to be enrolled with the VA to receive the vaccine through the VA.

“We are making the phone calls in order by priority. The first thing we always ask is if they are interested,” Holst said. “This is quite a unique undertaking.”

Getting everyone scheduled in every time slot can be tricky.

“The vaccine has a very unique temperature control. You can only have so much time to have the vial outside,” she said. “Let’s say we have 80 veterans scheduled and the pharmacy draws what they need, and only 70 veterans show up … there’s an opportunity to scramble for more arms.”

Holst said they have been doing well with not wasting any. “It’s a logistical nightmare,” she said.

Holst made it clear that the process “wasn’t a free-for-all” and that “the VA will be contacting veterans,” not the other way around.

Unlike county health, which has the form online for anyone 70 or older to fill out, the VA will reach out first to veterans individually. “There’s no need to call and show up and ask about getting scheduled … we are calling you,” she said. “We’ve had a vaccine support team in place for many months and have run through a variety of scenarios on how to deploy.”

It can be difficult, but Holst asked for patience from veterans in the community.

“A little soreness in the arm at (the) injection site, but that’s it so far,” he said.

A GJPD spokesperson said that the department has provided vaccine information to its staff who meet the qualifications for this tier, and it is up to each individual if they choose to receive the vaccination.

”It’s their responsibility to pursue it and we’re not tracking who gets it and who doesn’t,” the spokesperson said.