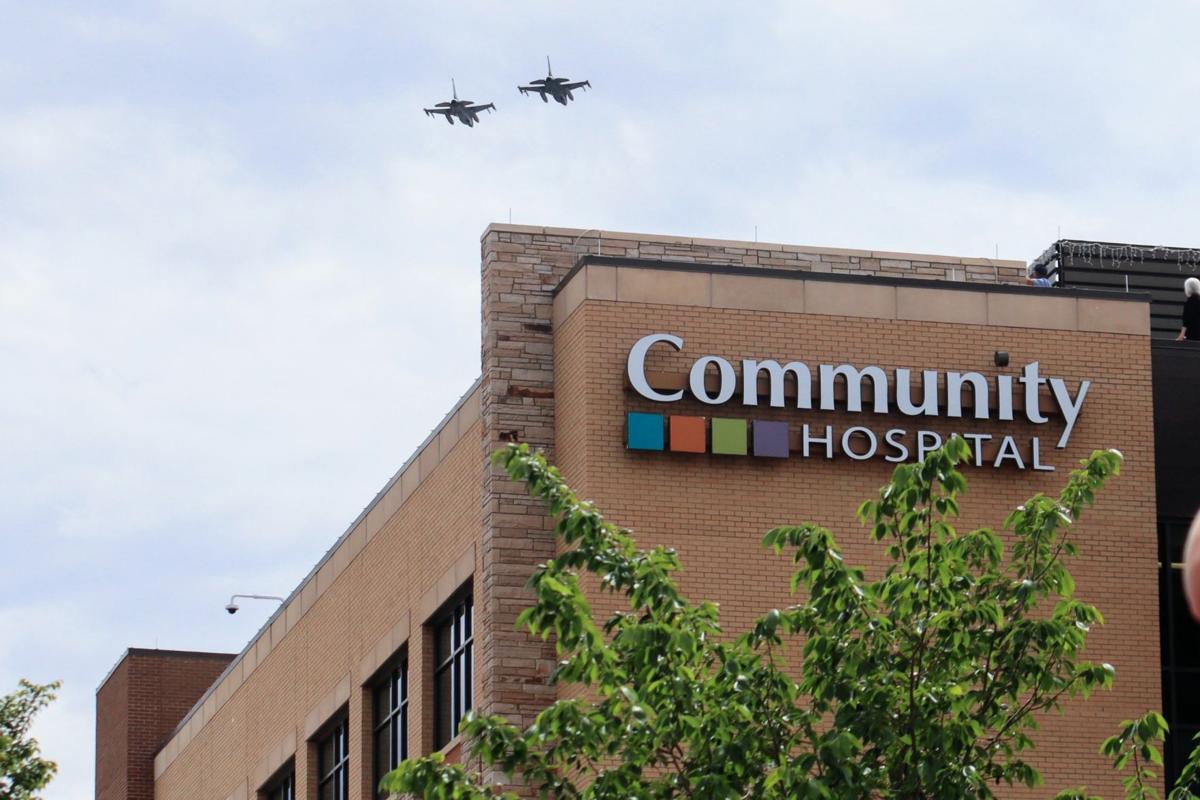 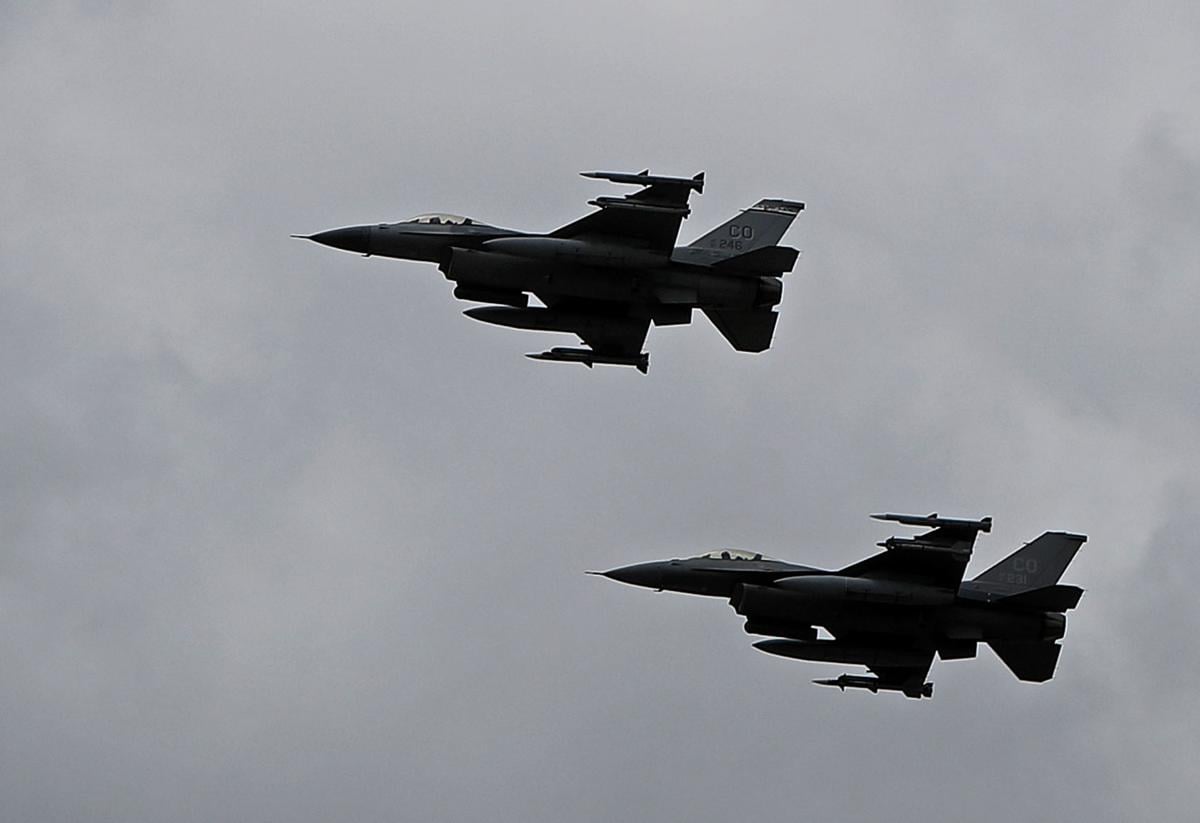 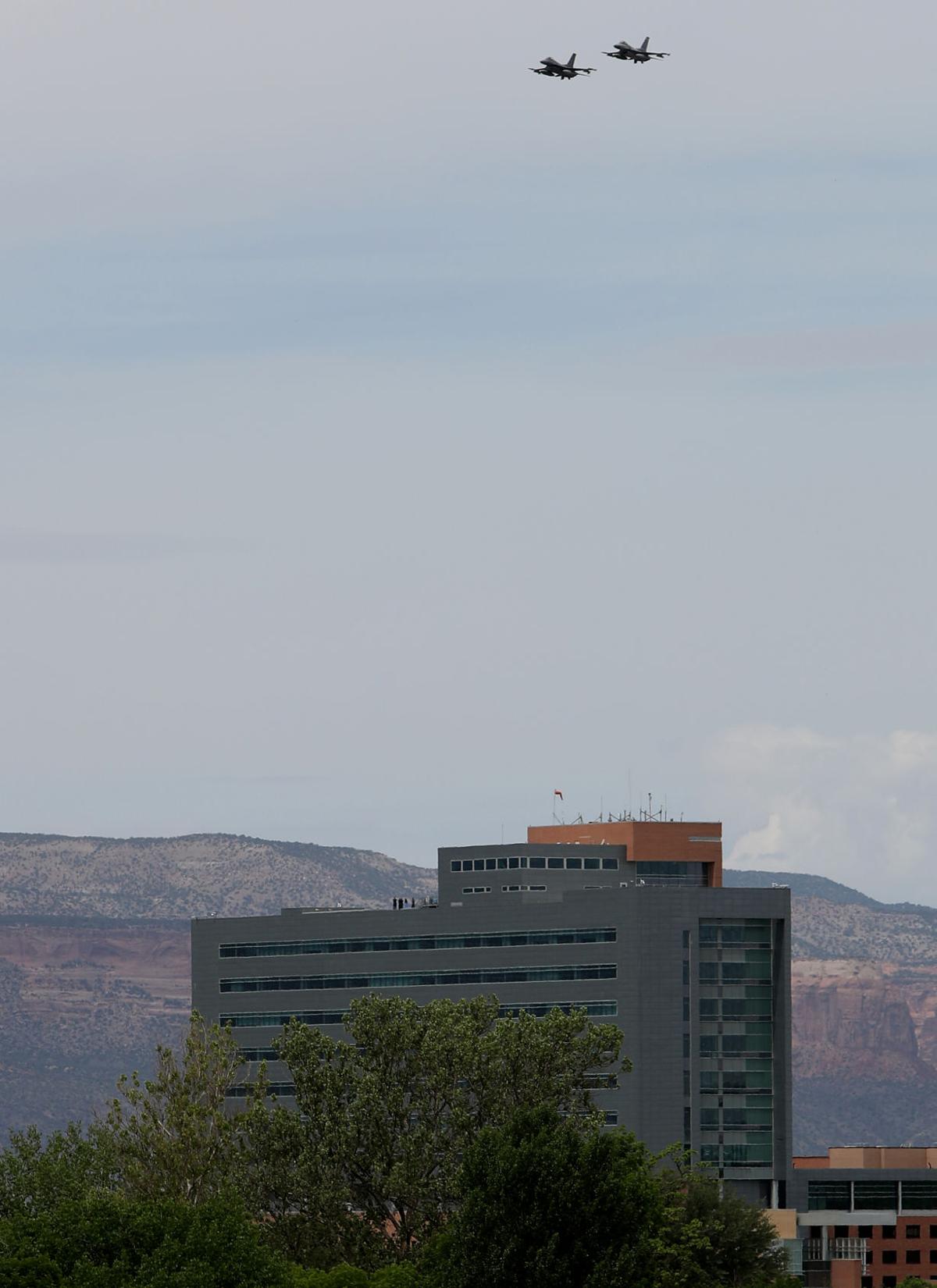 Earlier this month, Valley View Hospital in Glenwood Springs announced that because of a significant loss of revenue due to the COVID-19 pandemic, it is laying off 100 employees, about 10% of its workforce.

While that’s not good news for rural health care in general, officials at Community Hospital and St. Mary’s Medical Center in the Grand Valley said that isn’t going to happen here, but that could change depending on what direction the pandemic takes.

A great deal of attention has been paid to health care facilities during the coronavirus outbreak — including a flyover by F-16s on Friday to honor local health care workers — but hospitals have not been immune to the economic downturn.

Chris Thomas, president and chief executive officer of Community, said that while his hospital also lost millions in revenue since the pandemic hit, he’s been able to position it financially so as not to require layoffs or even furlough any of its workers.

He said that those financial losses were offset somewhat by the Coronavirus Aid, Relief and Economic Security Act passed by Congress in March, some of which included money for rural hospitals.

“We’re down about $12 million in net revenue during this two-month period,” Thomas said. “We did get $3.5 million from the first CARES Act, so obviously that helped a bunch. We’ve not laid anybody off, we’re not going to lay anybody off.

“We’ve really been focused on not losing anybody and making sure everybody is employed,” he added. “We’ve worked really hard to get this staff in place. I don’t want to take a step back with our employees.”

St. Mary’s, too, has made no layoffs or furloughs, and doesn’t plan to, hospital officials say. The hospital did put some workers on mandatory paid time off while other workers were cross-trained to help in case there was a surge of COVID-19 patients.

And like Community, St. Mary’s also saw revenue losses, to the tune of about $20 million over the past 10 weeks. The hospital also got a CARES Act grant of $9.5 million to help offset that loss.

Both hospitals also have been finding various ways to save money wherever possible. At Community, Thomas froze new hires, while St. Mary’s deferred planned payroll increases to senior staff workers.

The Colorado Department of Labor and Employment, in tracking who has filed for unemployment insurance benefits, lists two categories related to medical care: health care practitioners and health care support.

Separately, they rank sixth and seventh, respectively, as the hardest hit industries because of the shutdown to the economy. But put together they come up third, behind food preparation and retail sales. In March and April, nearly 35,000 health care workers filed for unemployment. That compares to more than 78,000 restaurant and bar workers, and 48,000 retail workers.

All hospitals in the state saw declining revenues in March and April, primarily because the stay-at-home order issued by Gov. Jared Polis at the time included delaying all non-essential surgeries, a restriction that has since been lifted.

The hospitals also saw a decrease in revenues because so many more Coloradans now qualify for Medicaid benefits because they’ve lost their employer-based health care plans. Medicare and Medicaid pay far less for medical services than what private insurers pay.

That’s why Thomas said he also took advantage of a long-standing program offered by the Centers for Medicare and Medicaid Services, which offers hospitals advances on future reimbursements. In April, CMS added another $34 billion to that program because it knew more hospitals nationwide would need the money.

While that money isn’t a grant, it does allow hospitals to secure their cash flows. Eventually, a hospital has to pay back any money it can’t claim from patients, which is why Thomas said he put the $16 million it received about three weeks ago into five area banks just in case it’s needed.

“We get a pass for 120 days, but then after that they start withholding our payments,” Thomas said. “That’s how they get the money back. We’re hoping that we don’t have to use it, but it’s a nice safety blanket to have.”

St. Mary’s, too, got money from that program, but didn’t say how much.

During the slowdown when the hospital couldn’t do much beyond prepare for and treat COVID-19 patients and handle emergency medical needs, about 50% of Thomas’ staff had little to nothing to do. (Today, the hospital has about 80% of its staff fully back at their regular jobs.) But rather than just send them home, he repurposed them to other tasks, such as helping to clear out old, unneeded files or help get the hospital’s new computer system up and running, work that continues.

Thomas said that while he’s suspended plans to build a new 100,000-square-foot cancer center next to the new hospital on G Road, a project expected to cost about $40 million, he’s gone ahead with the $8.5 million computer system upgrade because of its critical need. Thanks to the reassigned workers, that project is about six weeks ahead of schedule, he said.

St. Mary’s, too, suspended most of this capital projects, including a $52 million lab and pharmacy reconstruction project.

Thomas also said that had the hospital not been able to refinance its debt last year, its financial situation would have been a lot more dire.

Both hospitals are hopeful that things will begin to return to normal soon, but both are bracing for a long-term reduction in Medicaid reimbursements. Both take Medicaid and Medicare patients, but being the bigger of the two, St. Mary’s manages about 80% in the valley, hospital officials there said.

The hospitals also are closely watching what happens when the Colorado Legislature reconvenes later this month to consider up to $3.3 billion in budget cuts because of the COVID-19 impact to the state’s economy. Both fear that might impact reimbursement rates.