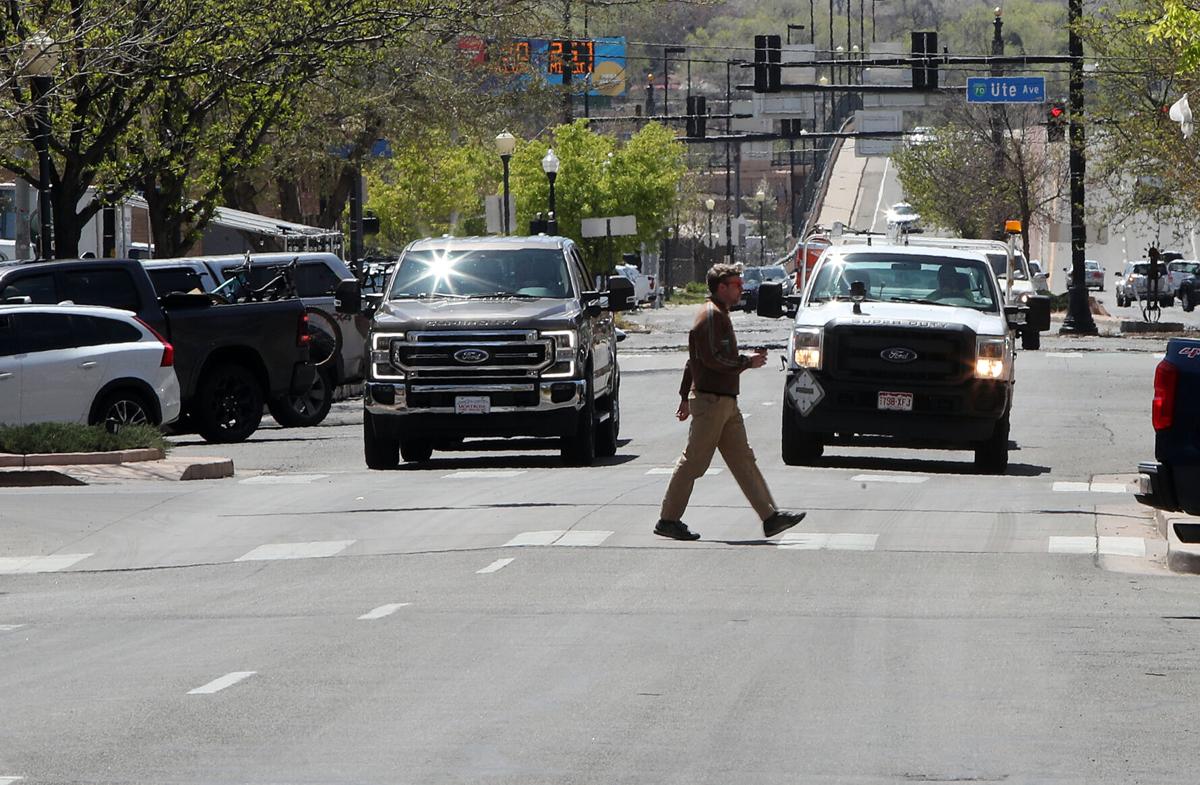 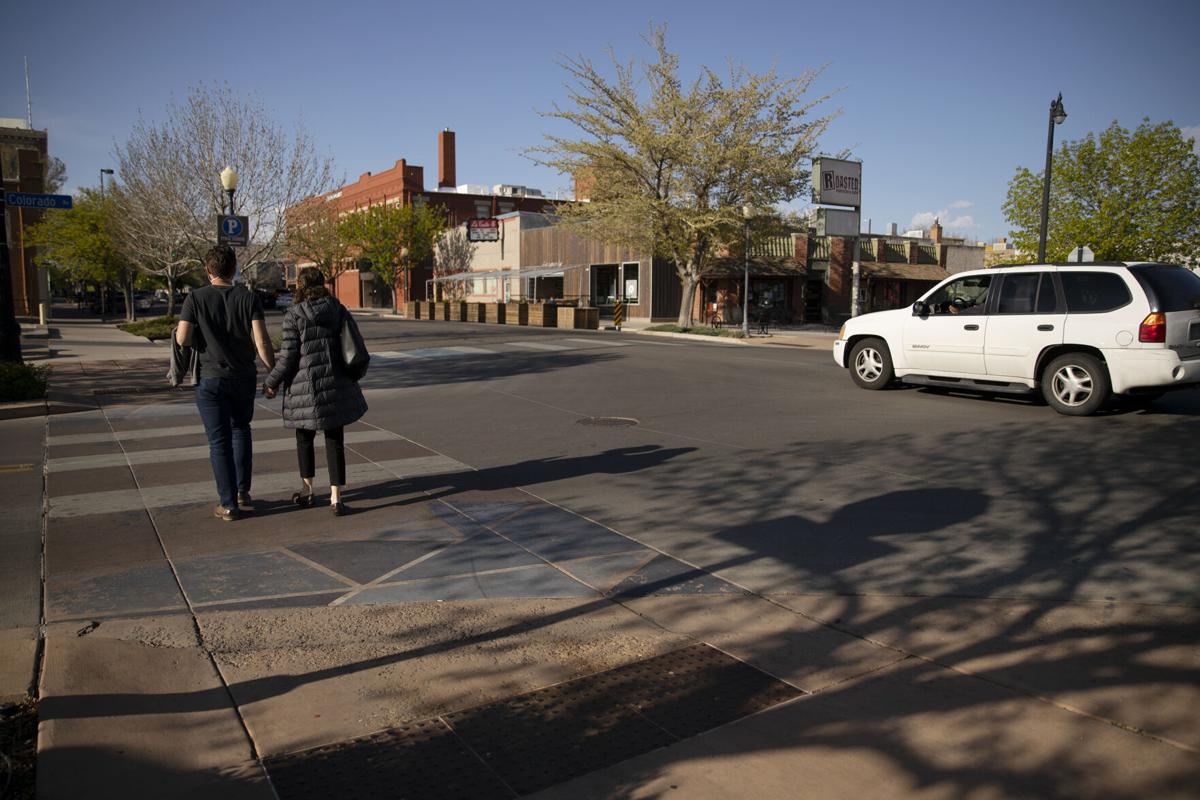 Pedestrians use the crosswalk Friday at the intersection of Fifth Street and Colorado Avenue. 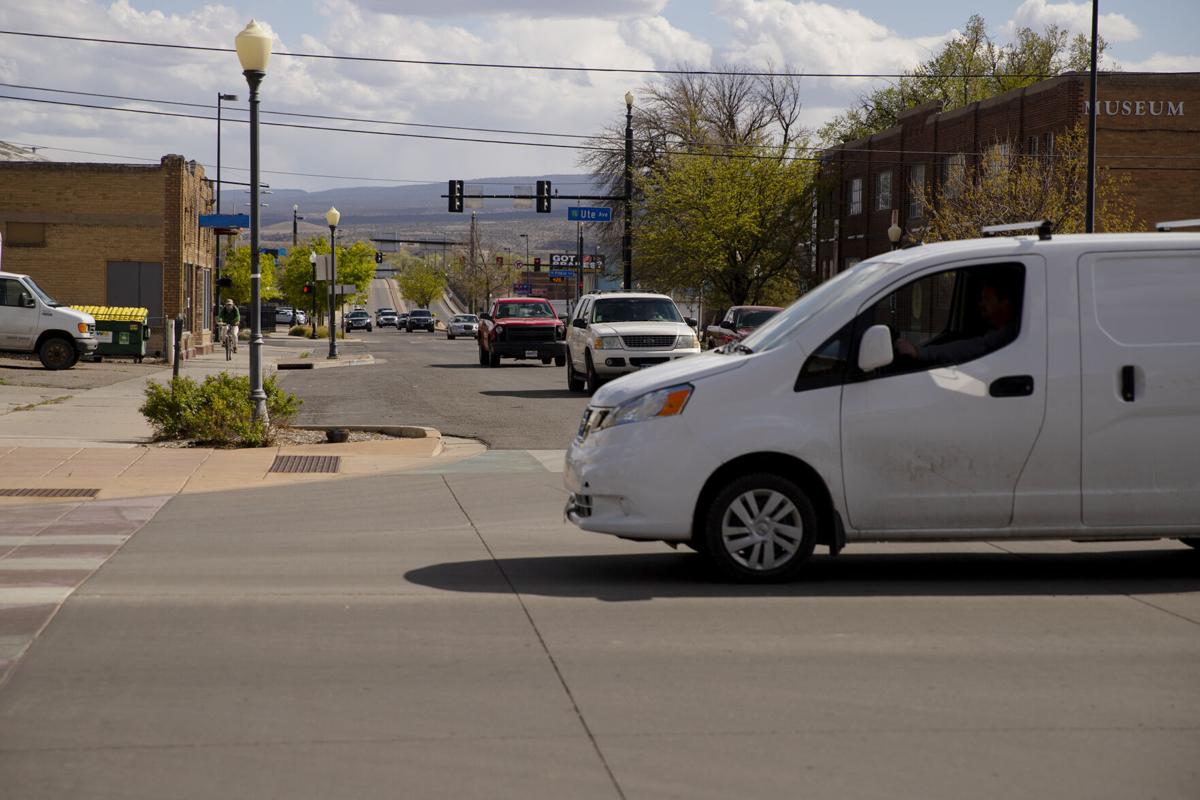 A car crosses the intersection of Fifth Street and Colorado Avenue on Thursday. 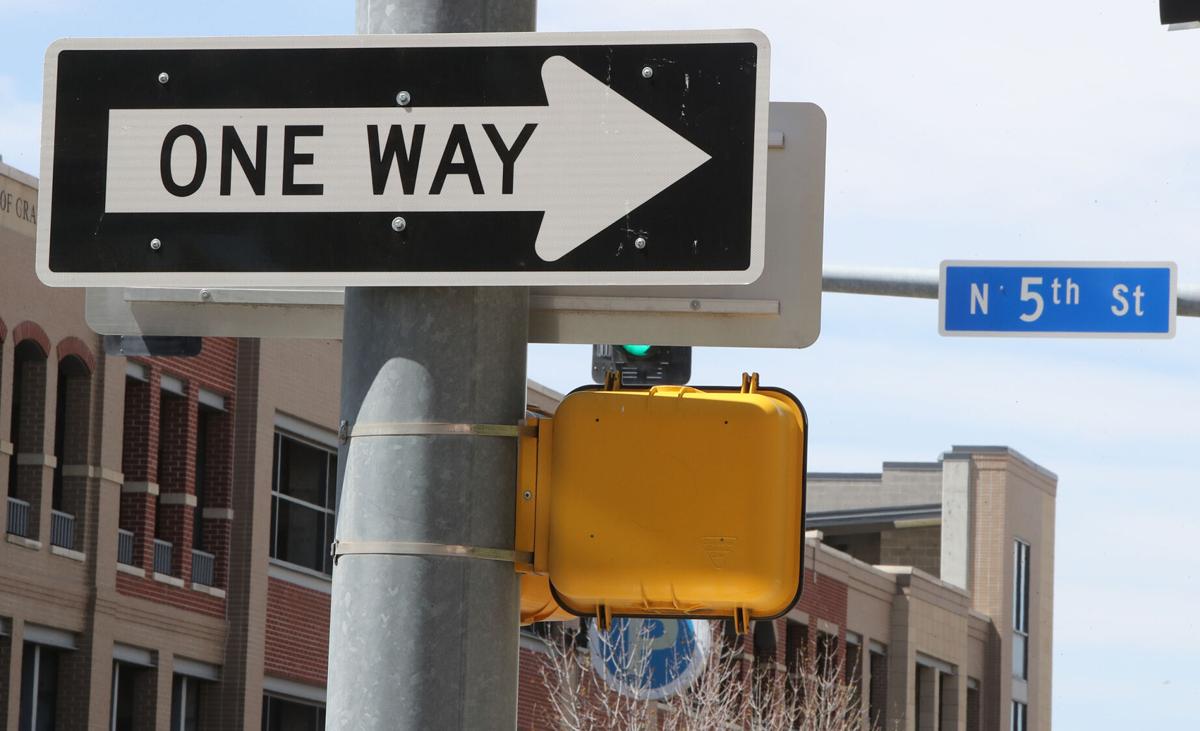 The One Way sign is shown at the corner of 5th Street at Rood Avenue in downtown Grand Junction. 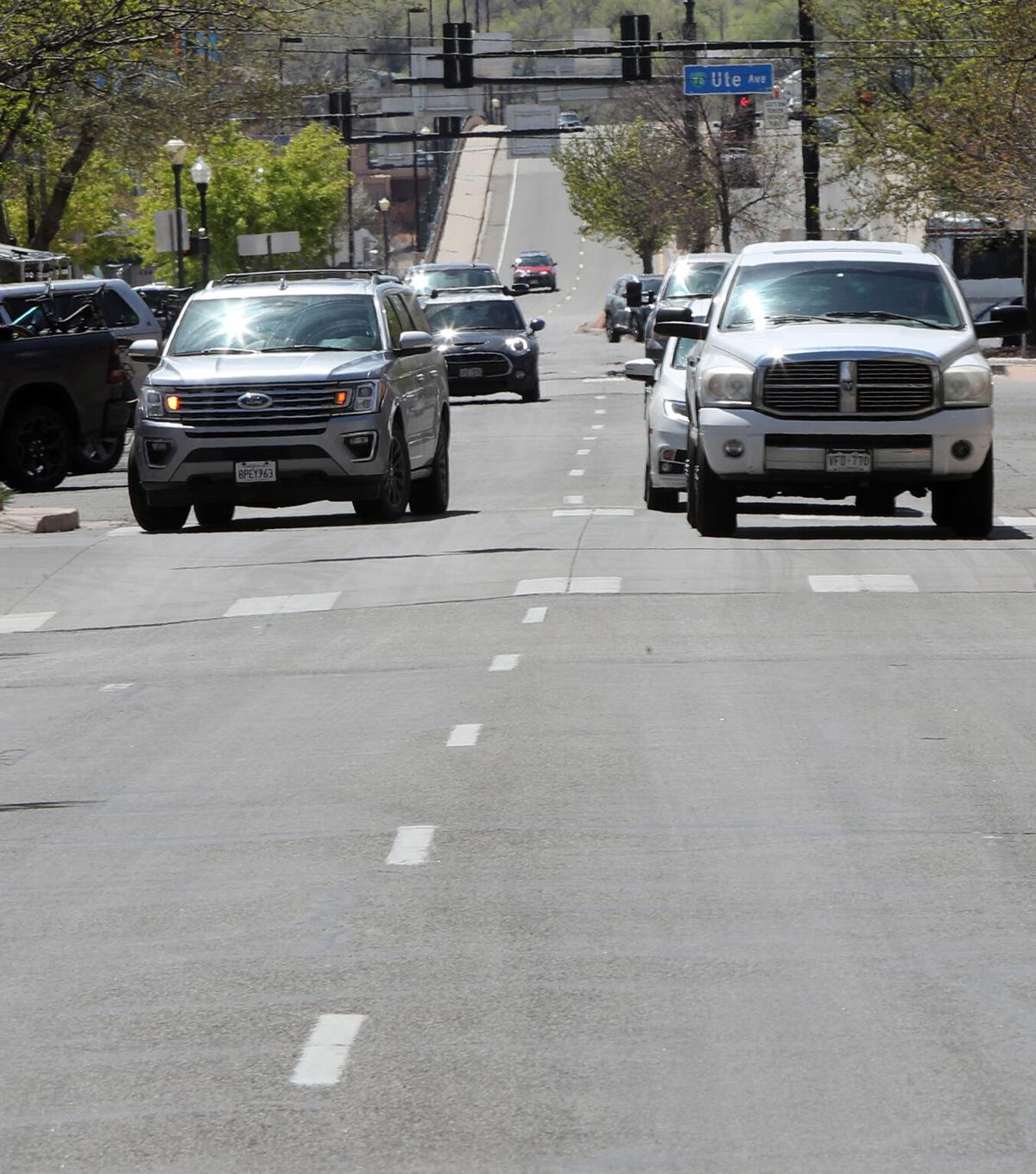 Pedestrians use the crosswalk Friday at the intersection of Fifth Street and Colorado Avenue.

A car crosses the intersection of Fifth Street and Colorado Avenue on Thursday.

The One Way sign is shown at the corner of 5th Street at Rood Avenue in downtown Grand Junction.

So how do you make the rest of downtown look like Main Street?

That’s a question that groups like the Downtown Development Authority have had on their minds for years and now seem poised to tackle.

Amid the confluence of events, it seems the DDA could be closer to finding their answer than ever before.

“I think there’s a lot of money out of the federal, state and city budget. I don’t think anyone knows the full extent of where those dollars at the federal and state level will go, either,” said Brandon Stam, executive director of the DDA. “I think there’s opportunity for projects that may have been too big to bite off. This might be a rare opportunity to have funding for some of those.”

One thing that money could do is help shift traffic flows on Fourth and Fifth Streets, an effort DDA is exploring beginning with stakeholder input sessions about changing those streets to two-way traffic routes.

U.S. Highway 50, one of the main traffic arteries on this side of the state, leads right into Fifth Street with only a few blocks for motorists to slow down. That wasn’t an issue when there wasn’t much economic activity on the intersection of Colorado Avenue and Fifth Street.

But Stam said that has changed in recent years. Now, when cars are zooming off of the highway, there’s groups of people crossing the street to get to Ramblebine Brewing Co., or heading back to their cars after grabbing some coffee at Roasted.

Eli Gerson, owner of Ramblebine, sees that issue every day.

“We have a primetime view of when the highway turns into Fifth and I feel people come way too fast. It’s not a safe feeling at all as a pedestrian. And then on a weekly basis, we’ll see a car turn the wrong way and go towards the highway,” Gerson said. “I think we need some kind of change. I don’t know if it’s the pedestrian lights they have on 12th Street or making it into a two-way street or what. But something needs to change.”

The DDA believes that if people feel safer, they’re more willing to spend time and money in that area.

Furthering economic growth in that area is a top priority for the DDA, and Stam believes that making the intersection more pedestrian friendly is key.

“Those crosswalks don’t really function as a crosswalk. I certainly wouldn’t trust that cars will stop while I’m crossing. And they wouldn’t hit you at a slow speed, either. It would be unfortunate if it would take a fatality to change that,” Stam said. “If we can change that environment, I think we’ll see more pedestrian activity on Colorado.”

The discussion on the plan is already taking place, and not just among business owners.

The group working with DDA and the city on the proposal for Fourth and Fifth streets have an interactive page where residents can provide feedback — bhi.mysocialpinpoint.com/gj-4th5th-study. The feature not only lets residents weigh in, but allows them to comment on a specific portion of a map of downtown.

“The speed of traffic moving north on 5th street here is dangerous. I’ve seen cars going past Roasted and Tacoparty at easily 50 mph,” one commenter wrote referring to the intersection of Colorado Avenue and Fifth Street.

“Don’t fix something that’s not broken. 4th and 5th street work just fine as one ways. Quit wasting tax money and spend it on what’s actually for maintaining the roads. There are so many potholes around town it’s beginning to look like Denver,” another remark pegged near Fourth Street and Grand Avenue reads.

Betty Fulton lives on the corner of Fifth Street and Gunnison Avenue, just a few blocks beyond the point where downtown retail has turned to residential neighborhoods. She and her husband bought their house in 1975 and raised two children there.

Her home faces Fifth and traffic flow is so heavy that she doesn’t feel comfortable sitting on her porch until night.

“The cars go so fast and there’s little traffic control,” she said. “None of us would let our kids play in the street. We would walk our kids halfway to their friend’s house and meet with the other parents. We wouldn’t even let them cross the street until they were 9 or 10 years old.”

OFF THE STREET, INTO THE ALLEY

The DDA wants to activate those areas by having businesses make a front and back entrance, subdividing units with two businesses, painting murals on walls and adding overhead lighting.

Stam wants to start small and use one alleyway as a test subject to see what works and what doesn’t. The first alleyway in mind is one connecting Fourth and Fifth Streets.

“That’s a central area of downtown, and this is a pretty common concept in cities like Longmont,” Stam said. “We’ve developed some concept drawings and costs. But, there’s so much at play that it’s difficult to put a price on it.”

Stam estimated that the alleyway vision could run anywhere between $250,000-$400,000. But if those alleyways require specialty pavings, that could double the cost. He did note that grants could be available for the projects.

The storefront is vital to the postcard-worthy image of the Main Street, but the rear of the popular restaurant could use some work.

Oliver thinks any project that changes that is a great idea — but there’s a catch.

“The construction would be a total nightmare for my business, I don’t know if it would be worth it,” he said. “I haven’t seen anything on the projects but that’s always the challenge. Will the ends justify the means?”

Cole Hanson, co-owner of Gear Junction at 537 Main St., thinks that changes like these are important for the area. He noted that there is some opposition to the projects.

“People will get fired up over that because it’s different, which I can understand,” said Hanson, who also sits on the DDA board. “But I don’t see any downsides to this, economically. You don’t want an area to grow too static and this can create a strong community.”