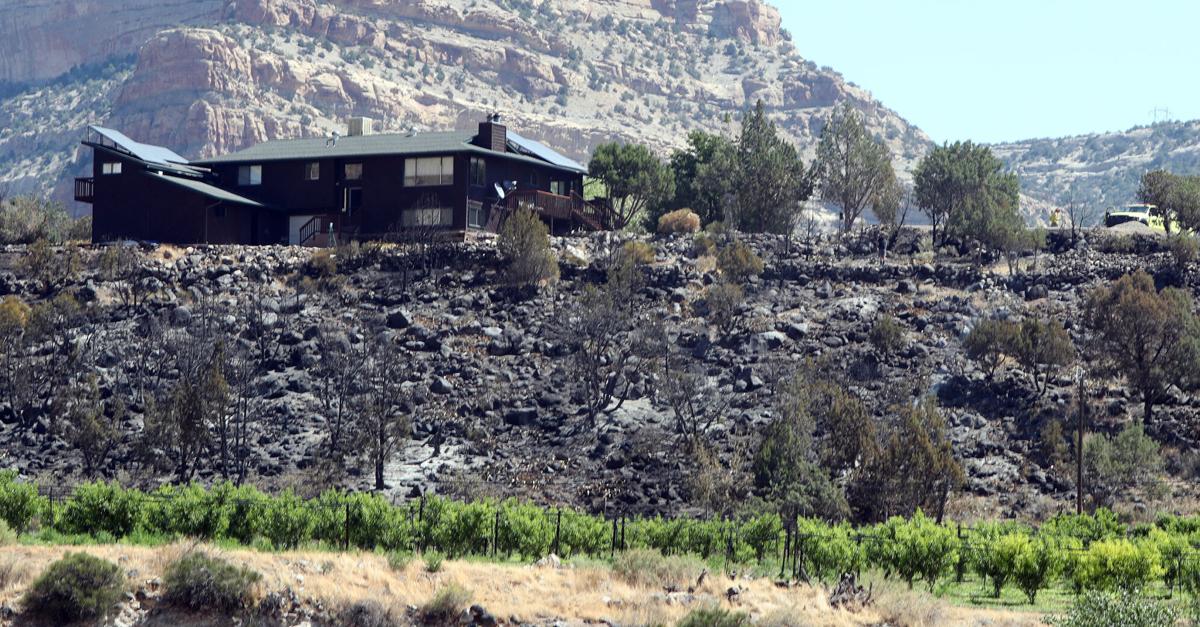 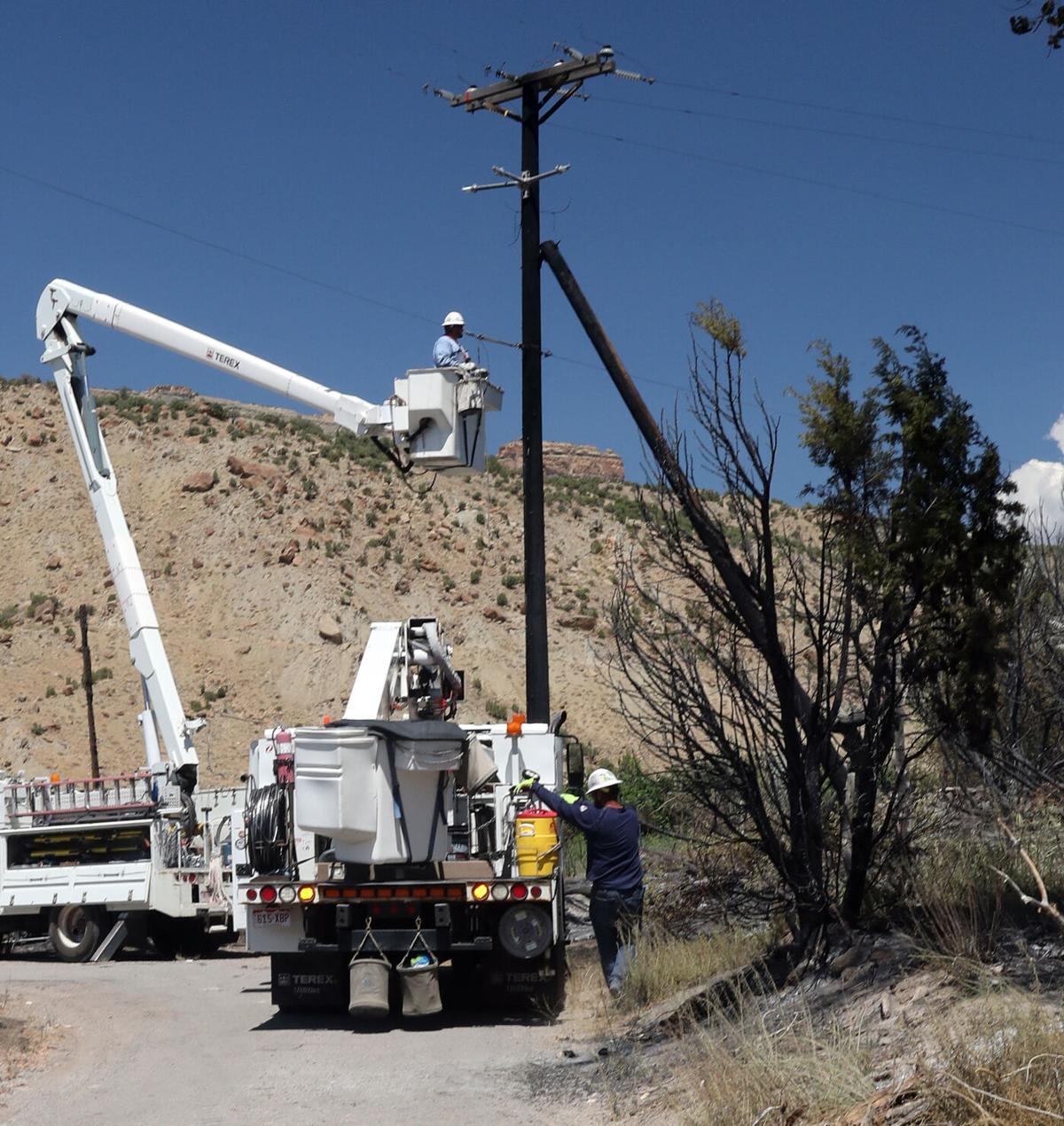 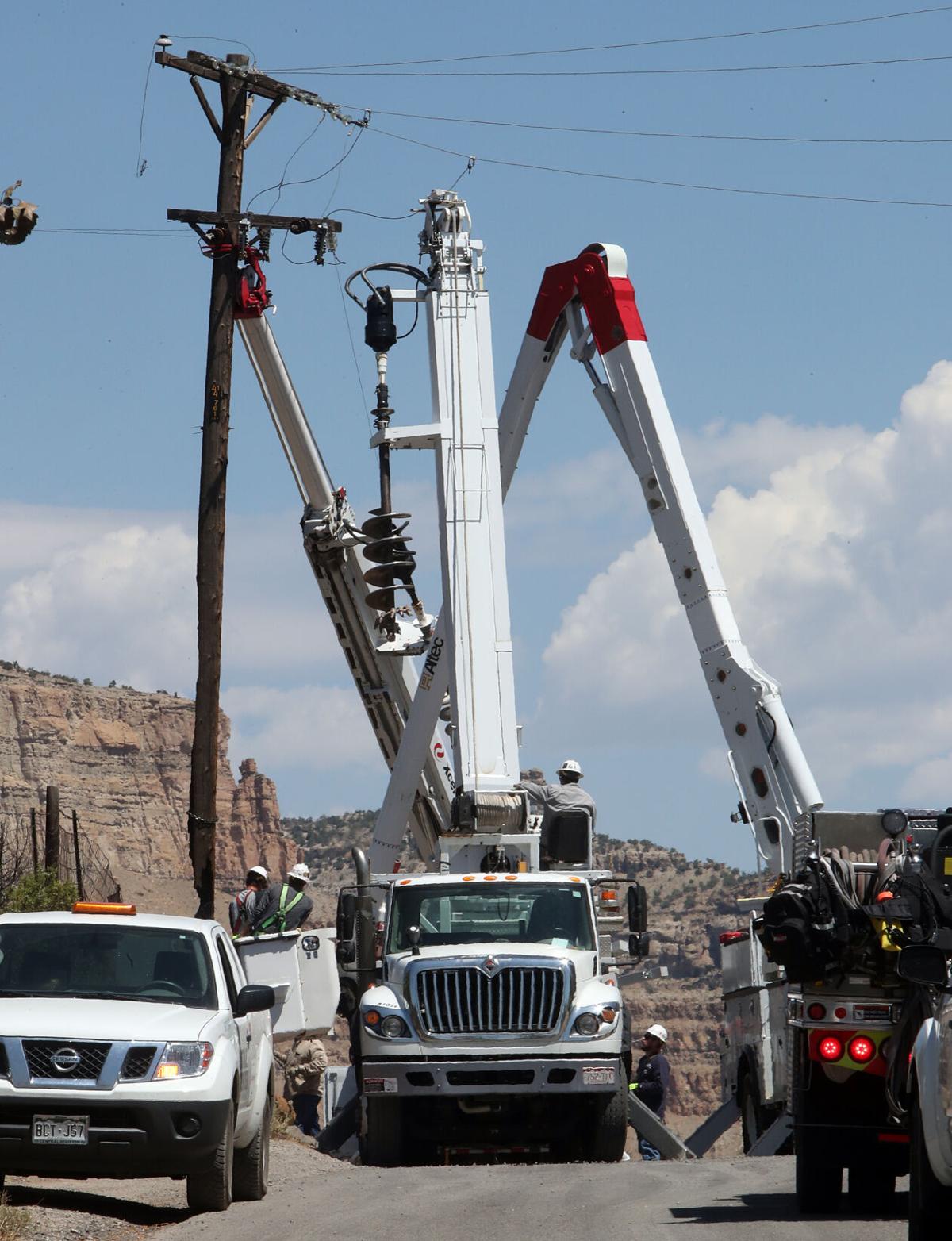 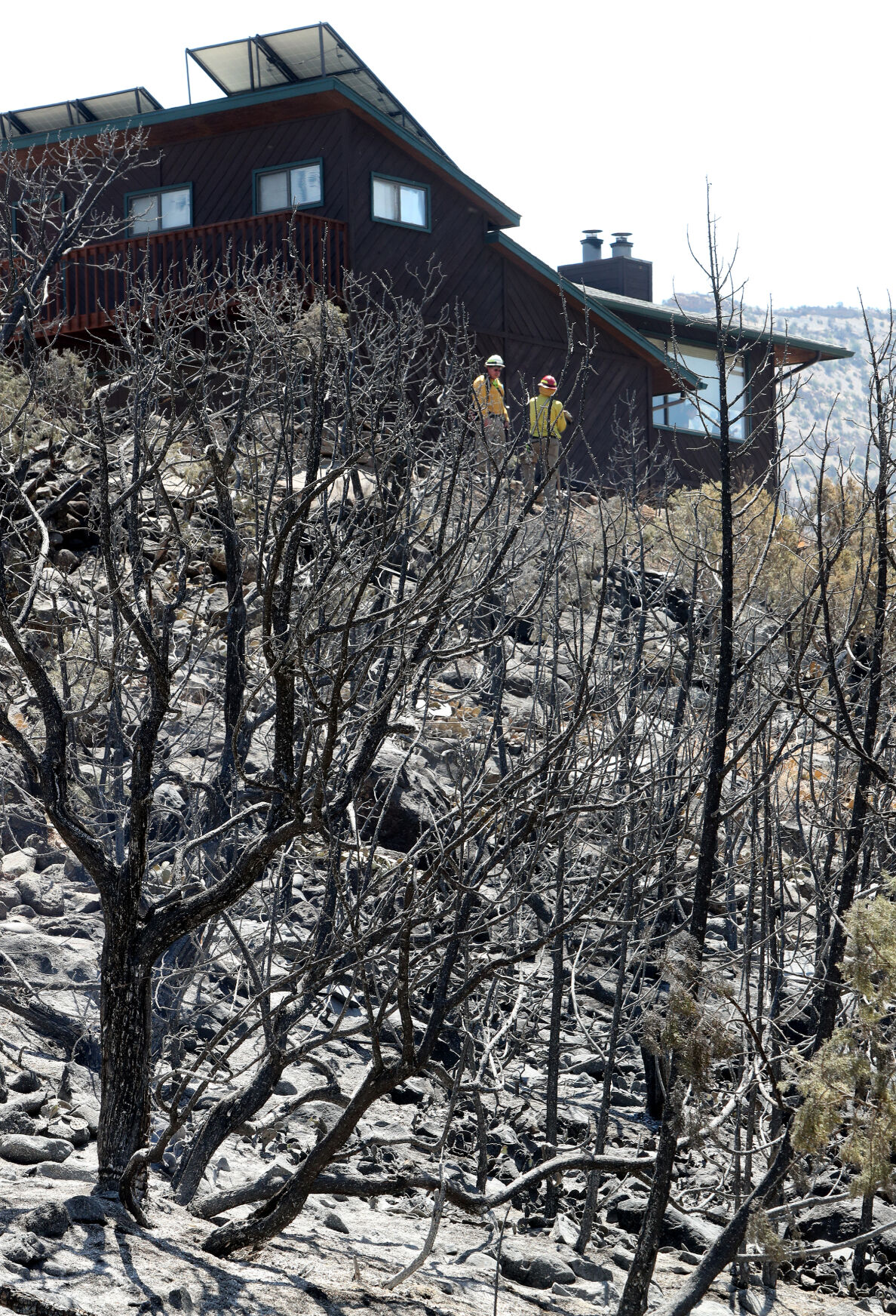 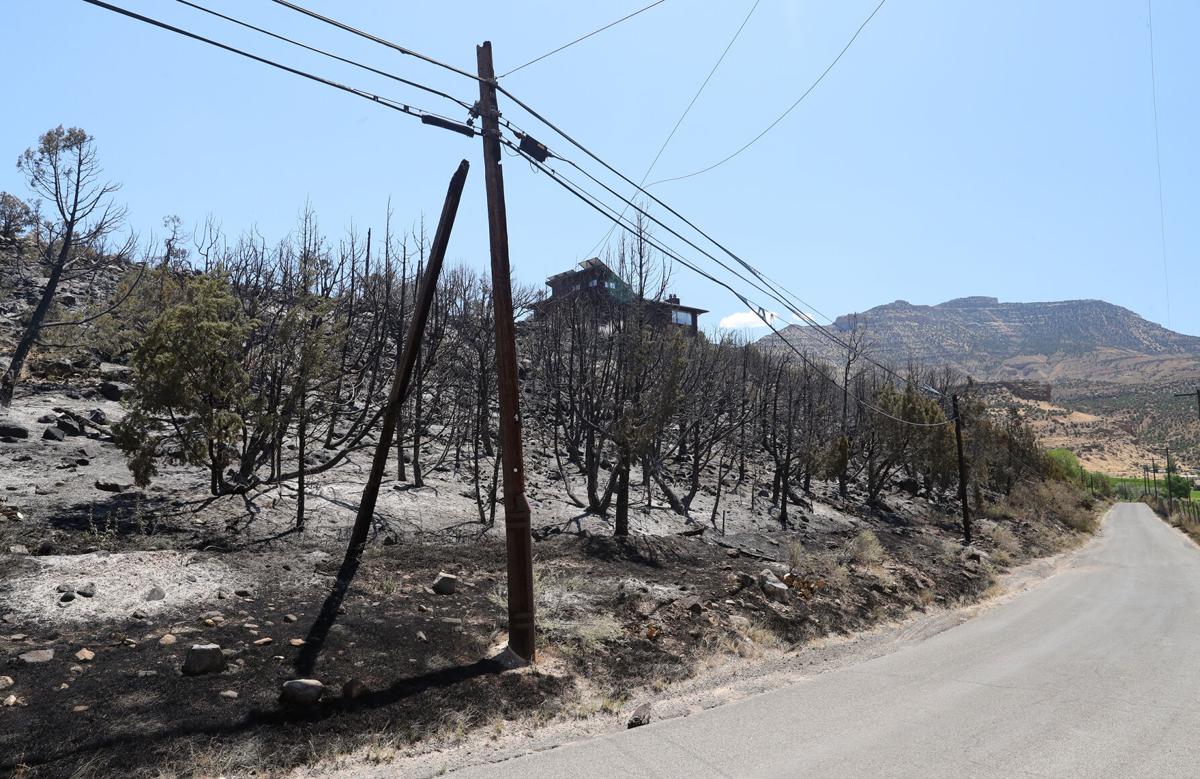 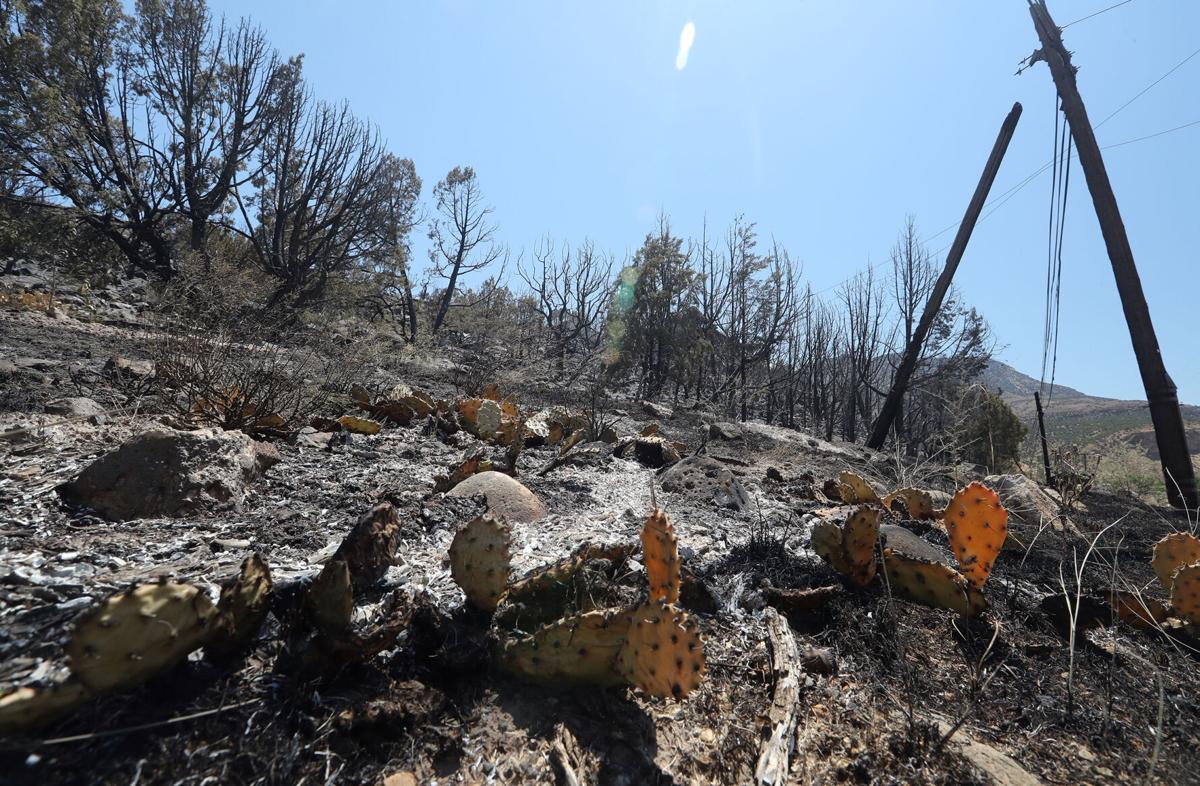 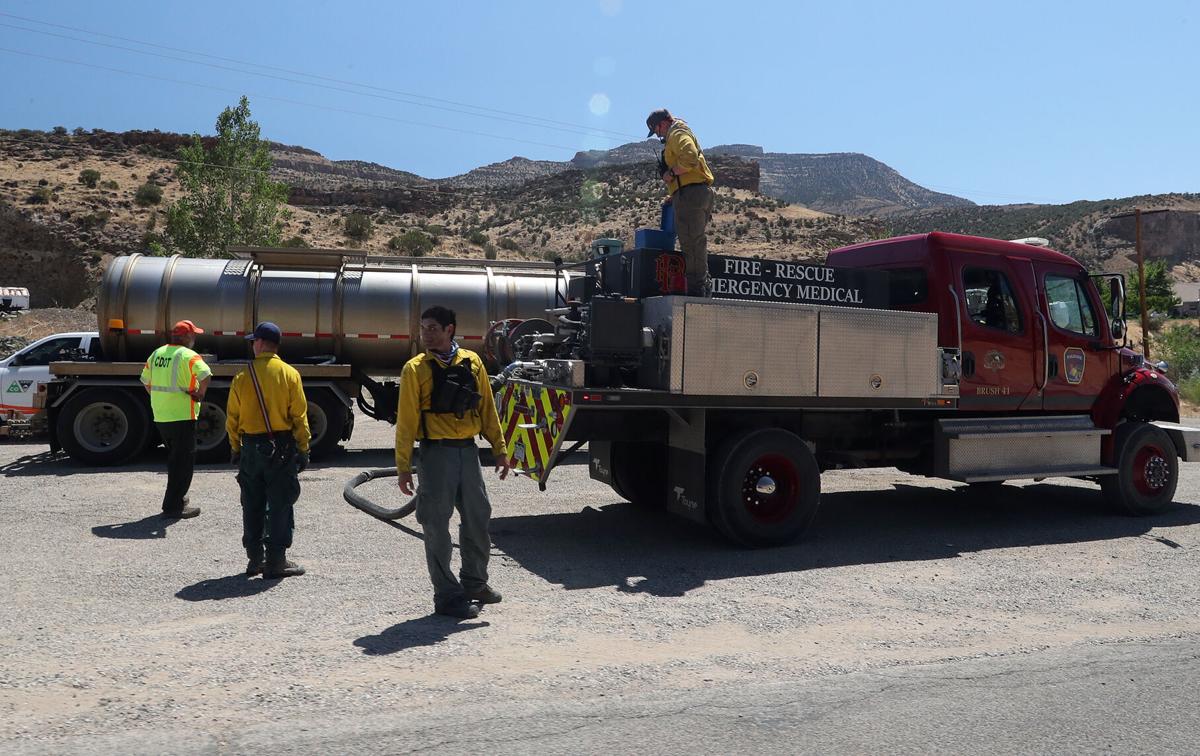 Fire burned up to a home Thursday evening along Rapid Creek Road. Firefighters were still putting out hot spots Friday afternoon. Here a crew from the Palisade Fire Department refill a brush truck. To see more photos go to gjsentinel.com. 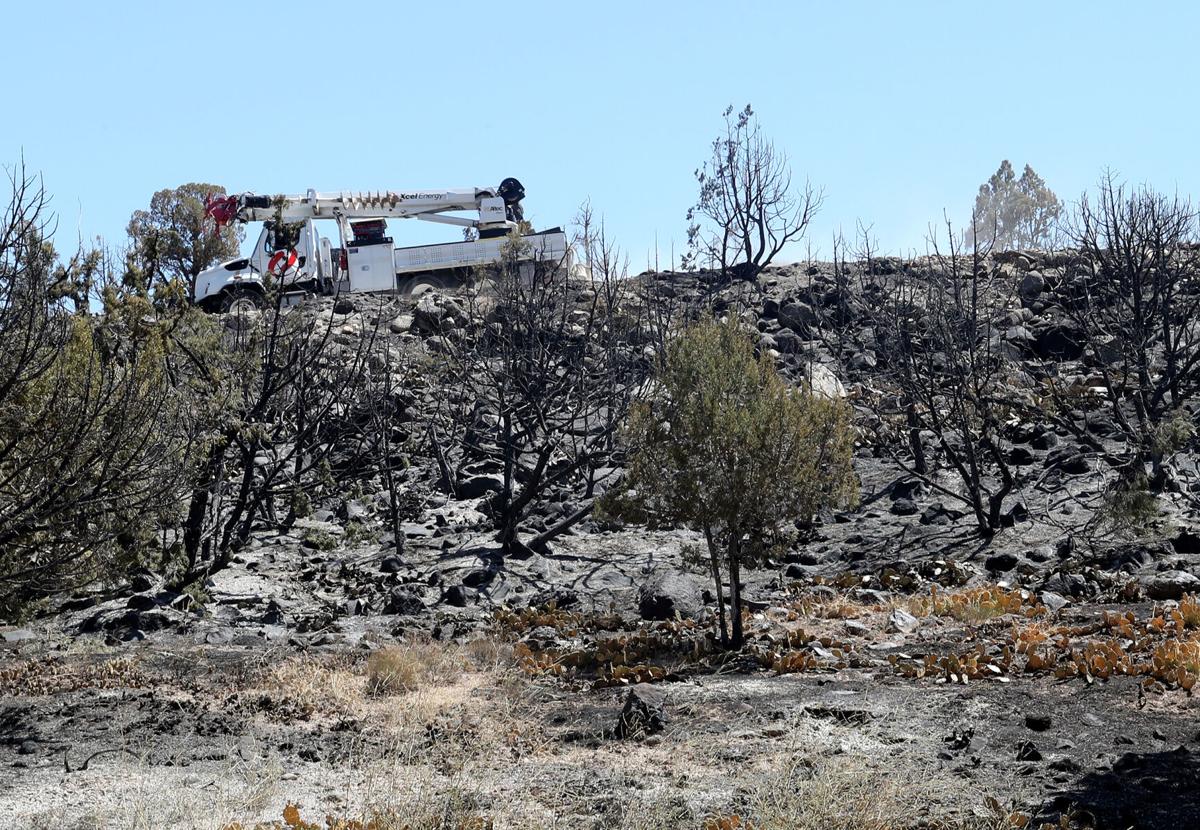 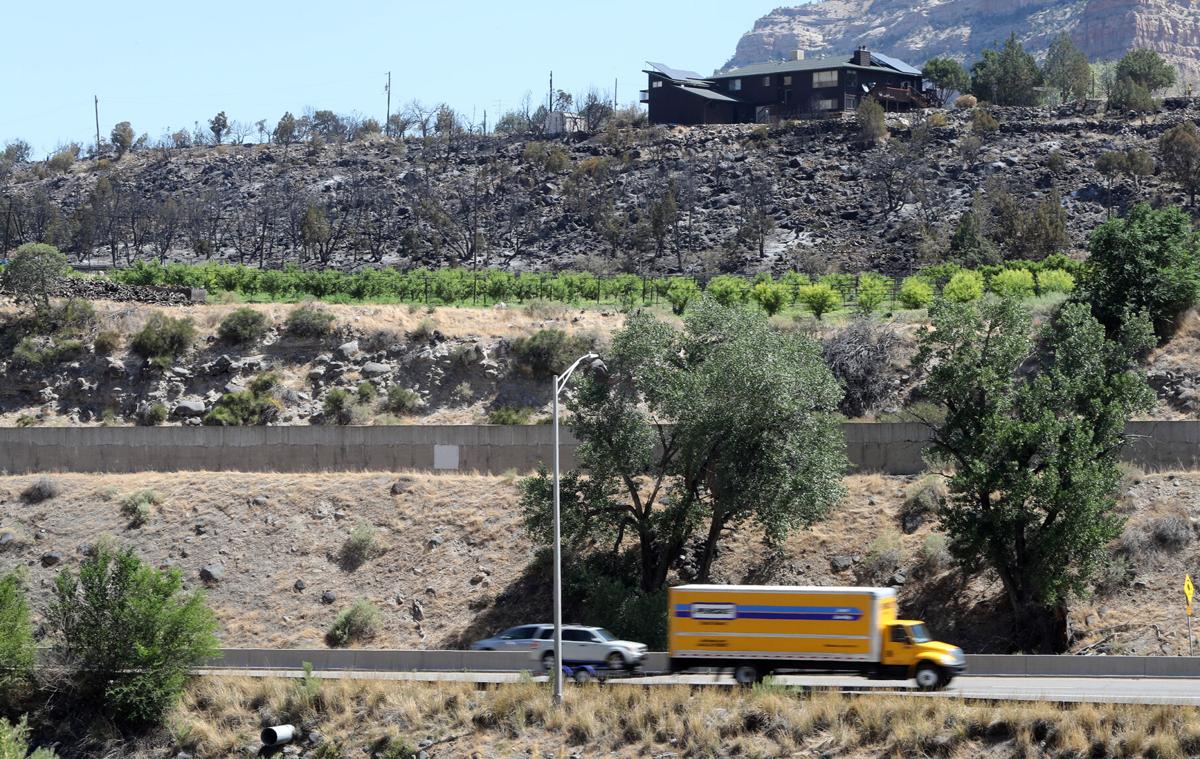 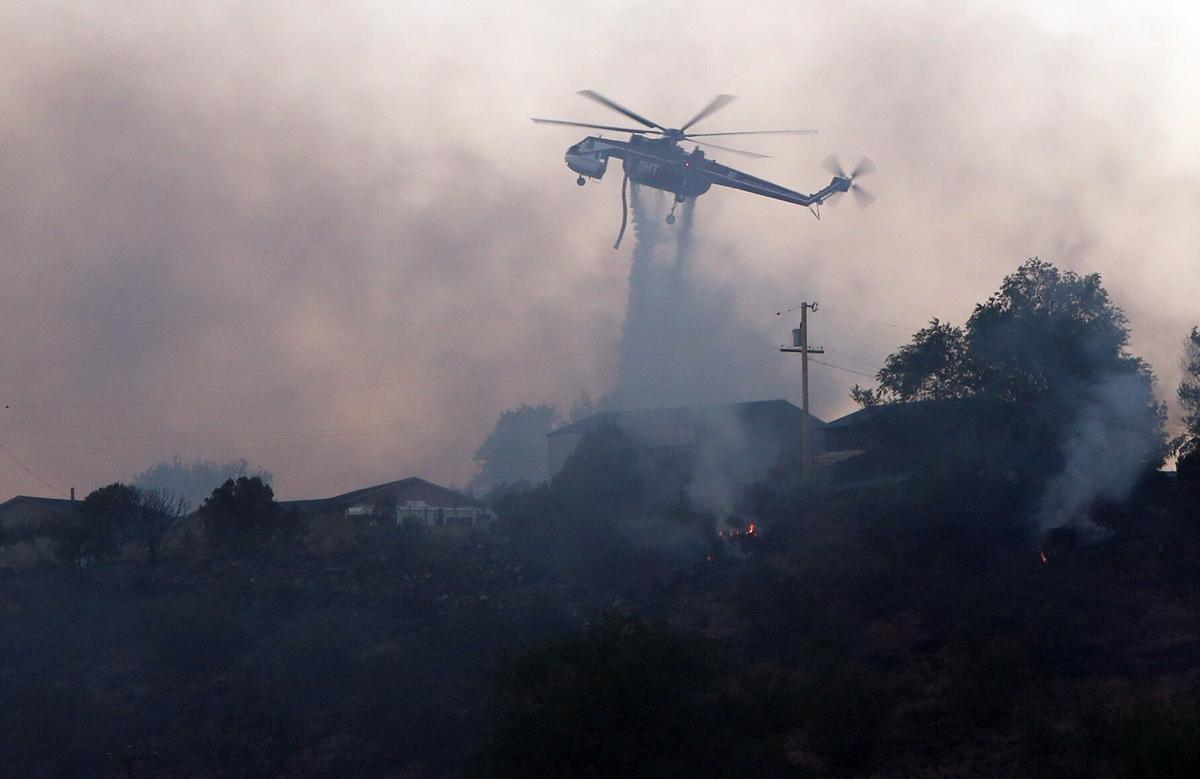 Fire burned up to a home Thursday evening along Rapid Creek Road. Firefighters were still putting out hot spots Friday afternoon. Here a crew from the Palisade Fire Department refill a brush truck. To see more photos go to gjsentinel.com.

A home in Palisade was lost Thursday evening in a wildfire near Rapid Creek Road, but the fire has been contained.

The fire was first reported about 5 p.m. Thursday near mile marker 45 on Interstate 70 and quickly spread into the Rapid Creek neighborhood.

In all, 20 homes were evacuated, but no injuries were reported. The fire was contained Thursday evening, but two Palisade Fire Department units remained on scene throughout the night to respond to flare-ups.

“Terrain and wind were our two big factors, and access, because there is not a lot of good access to some of that stuff,” Palisade Fire Chief Richard Rupp said. “It’s one-way roads and hard to pass vehicles. I believe we only lost one structure that was a home, but there was a lot of small sheds and that type of stuff that was lost.”

One home, four sheds and several power poles were lost in the fire, while several other buildings sustained exterior damage, according to a release from the Palisade Fire Department.

Xcel Energy was in the area Friday repairing the damage to its poles and restoring power to the affected customers.

The Palisade Fire Department said one resident and a dog have been displaced because of the loss of the home. The American Red Cross is helping to find shelter for anyone displaced by the fire.

Fire agencies from around the area, as well as state and federal agencies, responded. Several water-dropping helicopters and planes were used to fight the fire.

Both Interstate 70 and U.S. Highway 6 were closed for several hours, but both are now open.

Rupp said firefighters were on the scene Friday responding to hot spots and putting out any flare-ups. He said about 32 acres burned in the fire.

“We have it pretty well contained,” Rupp said Friday afternoon. “We just have some hot spots within the black, which is already burned. That’s what we’re working on now, so we don’t get any flare-ups.”

The area of the fire remained closed to the public Friday, but residents were allowed to return to their homes.

Rupp said anyone living in an area at risk for wildfires should take the proper precautions to protect their home.

“You need to have a defensible space between the house and things that can burn, and don’t stack your firewood next to the house or real close,” Rupp said. “It needs to be far away.”