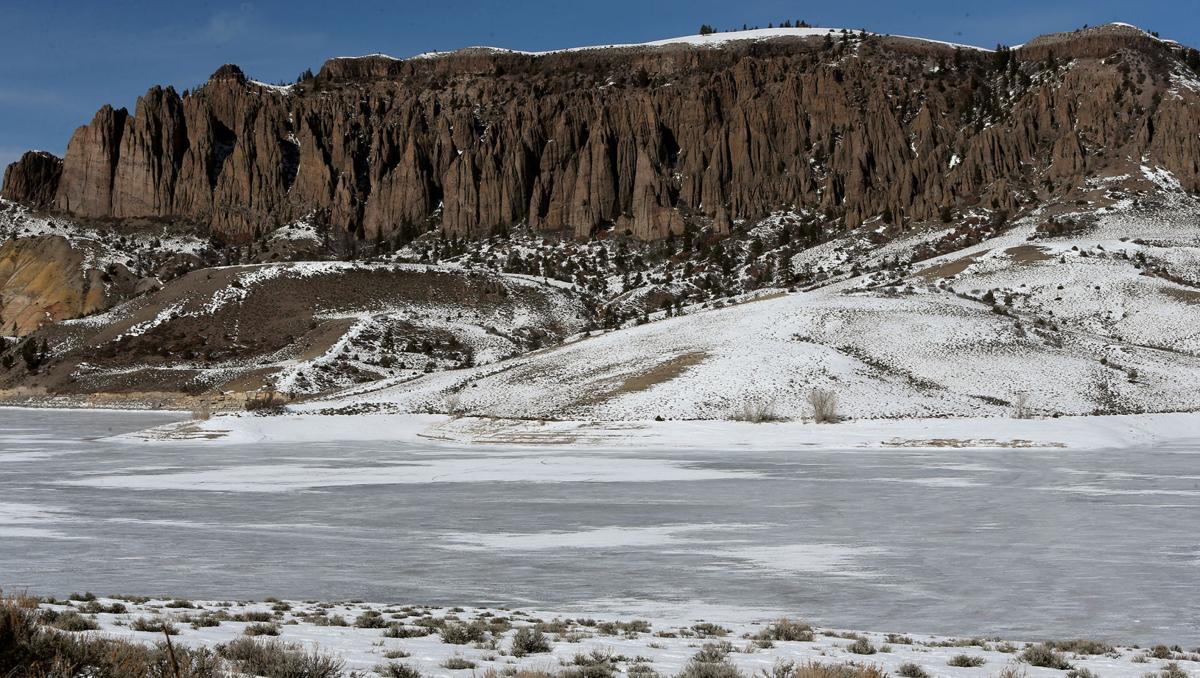 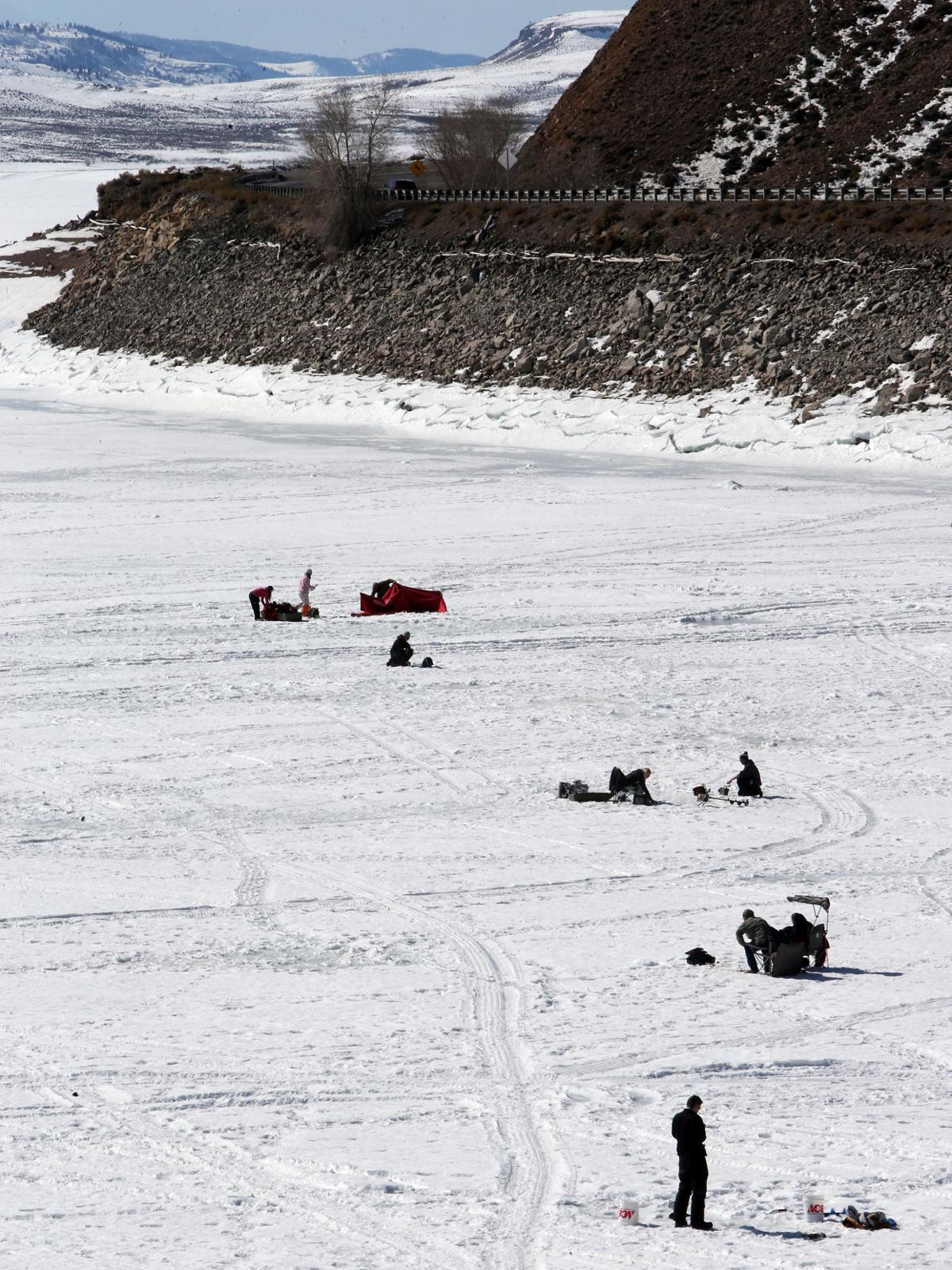 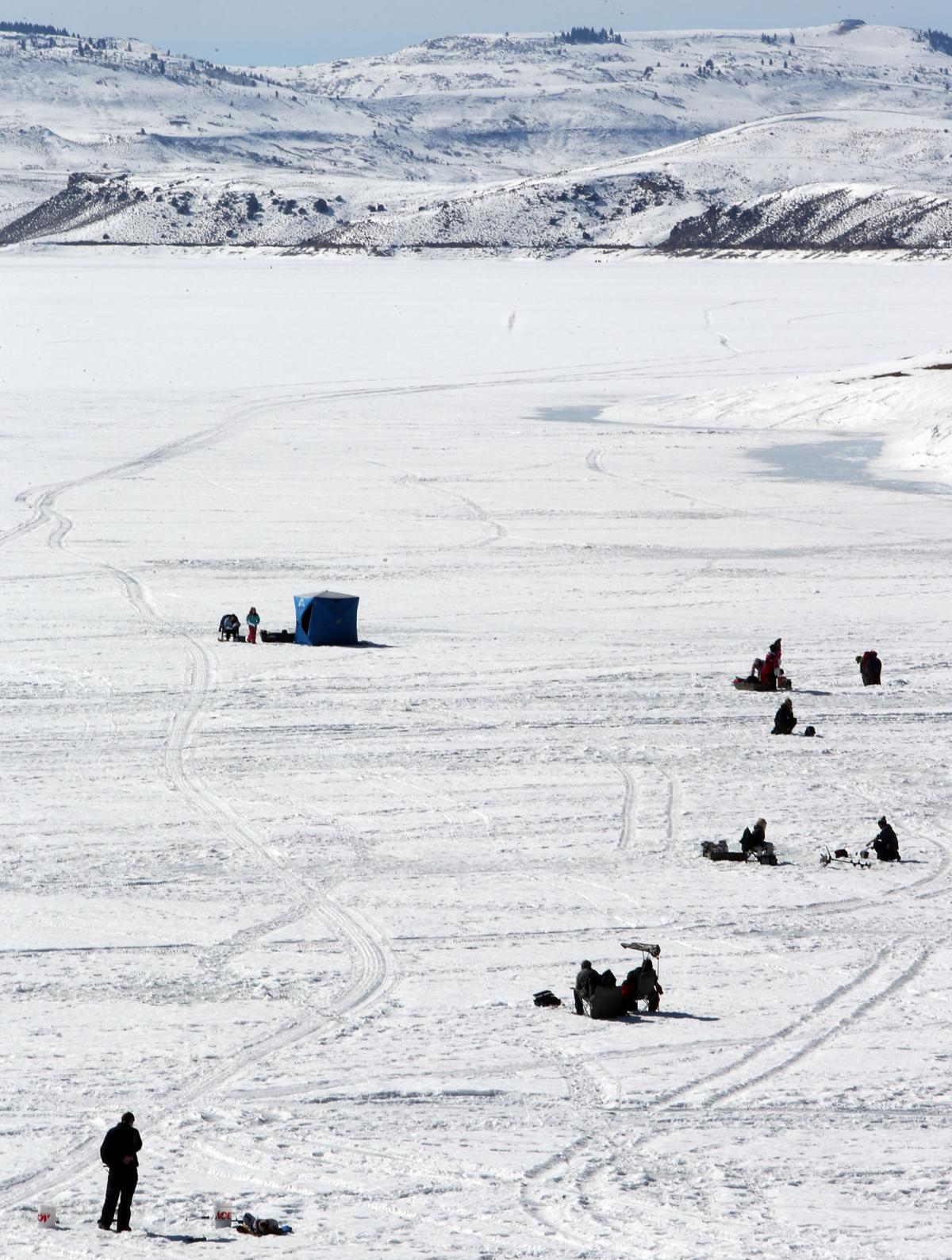 The reservoir is Colorado’s largest body of water, stretching 20 miles long with 96 miles of shoreline.

The reservoir is Colorado’s largest body of water, stretching 20 miles long with 96 miles of shoreline.

This is a story about the curious case of Curecanti National Recreation Area.

Operated by the National Park Service, it stretches between Montrose and Gunnison along three reservoirs, including Blue Mesa Reservoir, which is 20 miles long, has 96 miles of shoreline and is Colorado’s largest body of water. Over the decades, Curecanti’s reservoirs have attracted visitors who enjoy boating, fishing, hiking, camping, bird-watching and other activities.

But here’s the thing: Theoretically, the recreation area, at least as a jurisdiction managed by the Park Service, could disappear tomorrow.

“Theoretically” is an important qualifier here, because it needs to be noted that there is no imminent threat of that happening. Curecanti NRA — named for an 19th-century Ute Indian sub-chief — exists because of a 1965 agreement reached between the Bureau of Reclamation, which operates the reservoirs, and the Park Service, which manages recreation in the area of the reservoirs. And the agreement specifies that it can be terminated only by mutual agreement between those two entities, or due to direction by the Interior Secretary or action by Congress.

None of those things appears to be a remote possibility at this point, but nevertheless, a sense of uncertainty has long hung over Curecanti because Congress has never formally designated it as a Park Service unit and established its boundaries under law.

That makes it almost unique among the Park Service’s more than 400 areas. According to the office of U.S. Sen. Michael Bennet, D-Colo., who is pushing a major Colorado public-lands bill that includes language to formally establish Curecanti and its boundary, only a handful of other Park Service units are in a situation similar to Curecanti’s.

Bruce Noble, who at the end of November retired from the Park Service and in his final official capacity was superintendent of Curecanti NRA and Black Canyon of the Gunnison National Park, said he knows of only one other Park Service area never created by legislation or presidential action. That’s Lake Roosevelt NRA in Washington state, where the lake was created with the completion of the Grand Coulee Dam on the Columbia River.

As for any existential questions Curecanti’s current status may raise, “I think we do consider ourselves to actually exist as a result of the agreement that was signed in 1965, but there is a certain lack of permanency since we’re just under an agreement. That’s what we’re hoping for the legislation to remedy,” Noble said, speaking before his retirement.

CORE AS A CURE

The legislation Noble spoke of is Bennet’s Colorado Outdoor Recreation and Economy, or CORE, Act. It’s sponsored by U.S. Rep. Joe Neguse, D-Colo., in the House of Representatives, which recently approved it.

The CORE public lands bill covers some 400,000 acres in the state, stretching from the San Juan Mountains in southwest Colorado to the Continental Divide in the White River National Forest. It would create about 73,000 acres of wilderness, would designate nearly 80,000 acres as new recreation and conservation management areas, and in the Thompson Divide area southwest of Glenwood Springs would withdraw some 200,000 acres from future mineral leasing.

The Curecanti designation issue that CORE also would address is something that has gotten less attention than some of the higher-profile and, in some cases, more controversial parts of the CORE bill. Additionally, CORE seeks to deal with an ongoing fishing-access issue associated with the creation of the reservoirs at Curecanti.

Noble said the 1965 agreement anticipated eventual legislation formally designating Curecanti and its boundaries, but also anticipated the possibility the agreement could be terminated.

“We’ve been waiting 54 years to get this sense of permanence and that’s where the legislation would be really helpful,” Noble said.

The 1965 agreement coincided with the completion of Blue Mesa Dam. The Morrow Point Dam downstream of Blue Mesa was completed in 1967, and work finished on the Crystal Dam, below Morrow Point, in 1976. They make up what’s known as the Wayne N. Aspinall Storage Unit, for the Colorado congressman instrumental in getting them built, and provide water storage for Upper Colorado River Basin states.

DECADESLONG LEGISLATIVE BIDSNoble said efforts have been going on for 20 years to get the congressional designation of Curecanti to happen.

Sandy Snell-Dobert, Park Service spokesperson for Curecanti and Black Canyon, said the Curecanti language has been attached to at least three bills that she knows of.

She said the language usually has been attached to a bill with aspects more controversial than its Curecanti portion.

The CORE bill probably is the largest bill to which the Curecanti measure has been attached, Snell-Dobert said.

That bill faces a bigger challenge getting through the Republican-controlled Senate than it did in the Democrat-controlled House. U.S. Rep. Scott Tipton, R-Cortez, whose district is home to much of the land covered by the bill, voted against it, citing concerns he hopes the Senate will address. Bennet has asked for a bill hearing by the Senate Energy and Natural Resources Committee. U.S. Sen. Cory Gardner, R-Colo., who is on that committee, hasn’t endorsed the bill at this point.

The CORE bill, including its Curecanti provisions, is supported by Gunnison County. Gunnison County Commissioner John Messner said Curecanti is an important economic driver for the county, and it “is a little bit odd” that its boundaries never were formalized.

Still, Noble said it’s difficult for the Park Service to acquire land in the Curecanti area “because it’s not really clear what we already own and so our authority to acquire more land is kind of vague, I guess you would say.”

The bill also would specify that in cases where a landowner within three miles of the boundary requests it, the Interior Secretary could work to acquire the person’s land through land exchange, purchase or donation. The Interior Secretary also could help willing landowners conserve recreational, scenic, cultural and natural resources around Curecanti through means such as available grant programs and conservation easement opportunities.

The bill also calls for the formal boundary to include some transfers of land between federal agencies, a measure Noble said is intended to provide for more efficient management. Curecanti would end up being just over 50,000 acres in size, with the Park Service acquiring some 2,560 acres of national forest land and more than 5,000 acres of Bureau of Land Management land.

“It’s not going to make another acre of federal land that isn’t already federal land, and it’s not asking for the taxpayers to fork over any more money for the National Park Service. It’s budget-neutral and it’s federal-acreage-neutral as far as that goes,” Noble said.

“While we haven’t received confirmation, we largely believe this is a way to cut down motorized use in an area just south of West Elk Wilderness, or to create a bigger buffer around the wilderness area,” Atwood said.

He said the Forest Service official had testified about potential timber and fuel-reduction projects in that area.

Neguse argued during House proceedings against Tipton’s amendment by saying that it was “contrary to a longstanding agreement to transfer 2,560 acres of Forest Service land to the National Park Service, which is reflected in the CORE Act as written.”

The 2,560-acre transfer was part of a 2009 recommendation the Park Service made to Congress. In 2007, Charles Richmond, then supervisor of the Grand Mesa, Uncompahgre and Gunnison National Forests, had written to the Park Service in support of the proposed land adjustments for Curecanti.

GETTING ON THE MAP

Noble said the Park Service is “really interested in getting to the finish line” on the Curecanti legislation.

Due to Curecanti’s lack of legislative action, Noble said he doesn’t think a Park Service publication known as the Red Book — an index of Park Service sites — claims Curecanti in its accounting of total Park Service acreage.

“Legislation would literally put this place on the map and account for the (Curecanti) acreage in a way that currently is not done,” he said.

This is the second in a two-part look at the Colorado Outdoor Recreation and Economy Act. Saturday's story focused on unresolved fishing access issues around the Curecanti National Recreation Area.