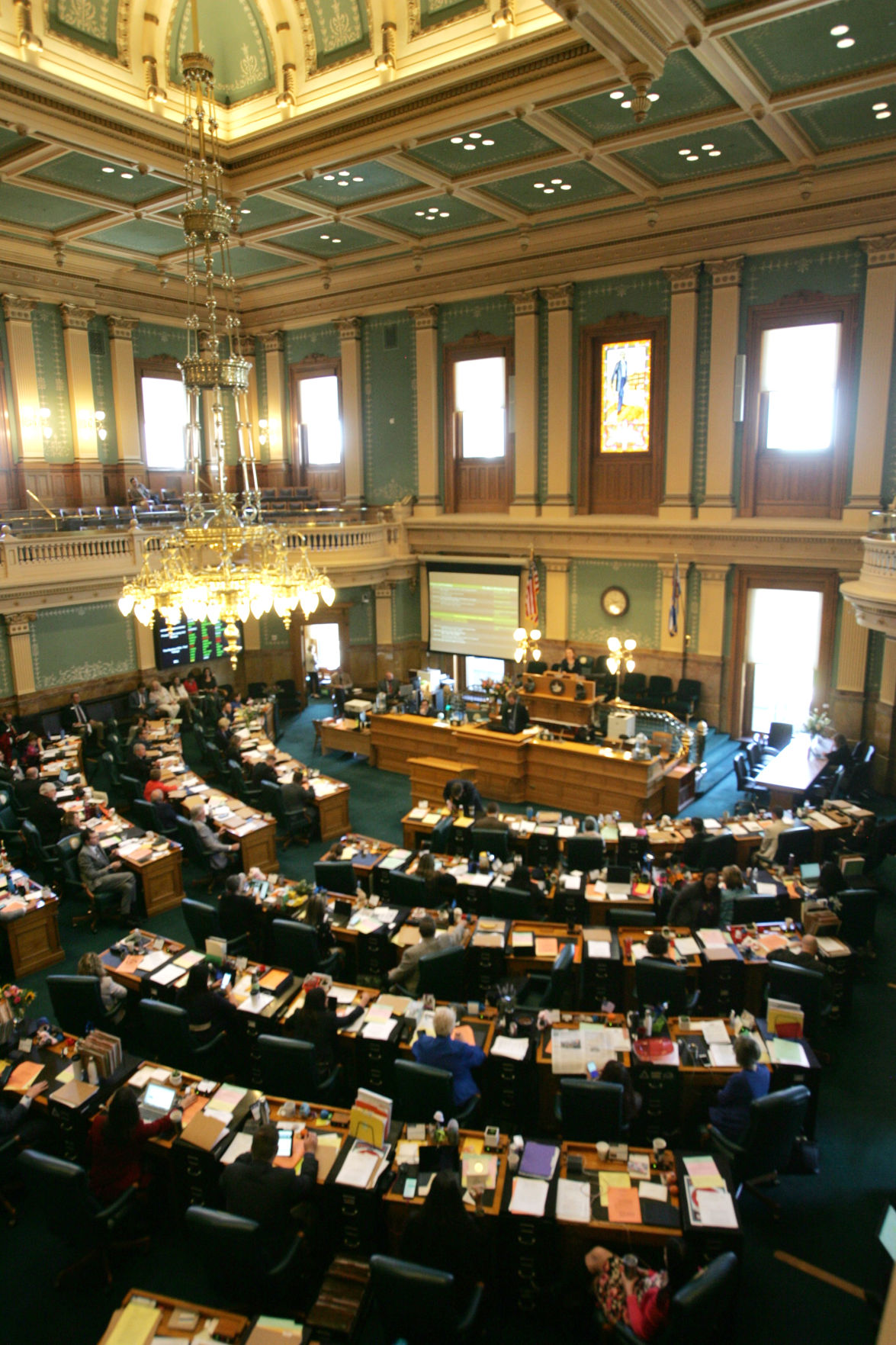 Lawmakers in the Colorado House prepare for opening day earlier this year. The Colorado Legislature will convene a special session in the next few weeks to deal with issues related to the coronavirus. 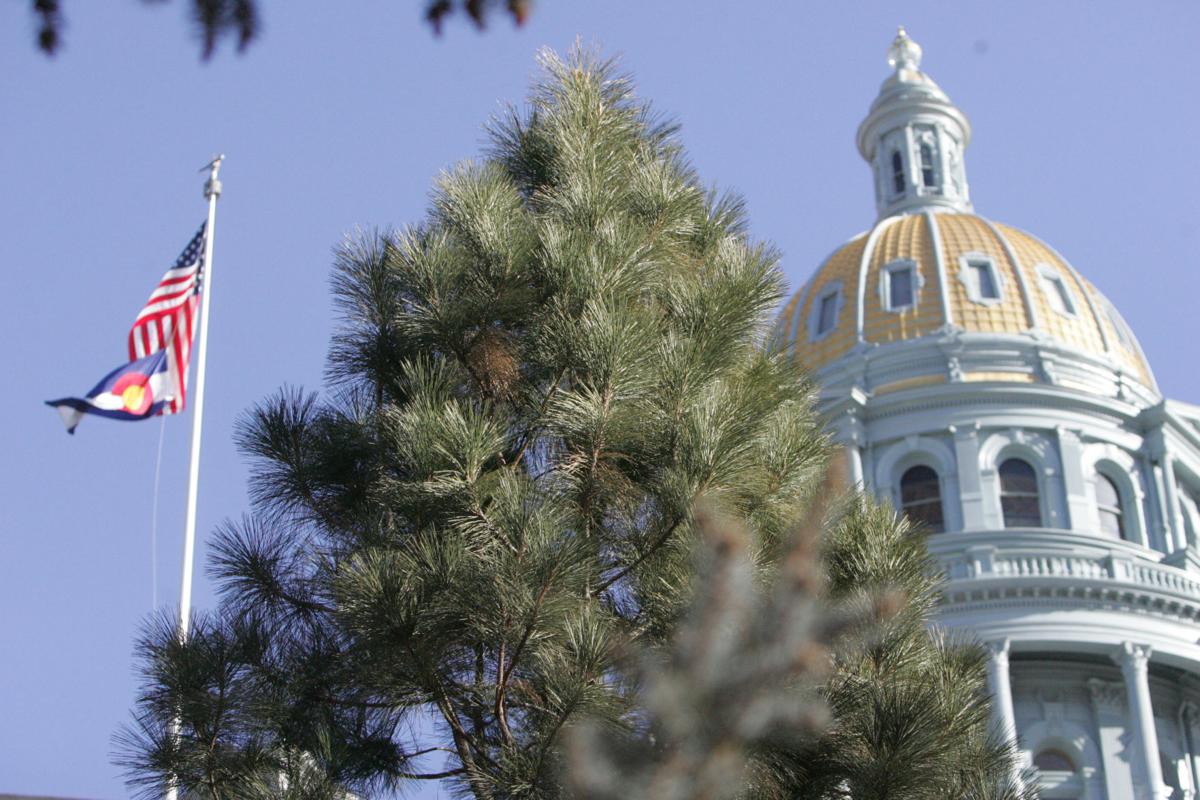 The Colorado Capitol on opening day.

Lawmakers in the Colorado House prepare for opening day earlier this year. The Colorado Legislature will convene a special session in the next few weeks to deal with issues related to the coronavirus.

The Colorado Capitol on opening day.

Sometime in the next few weeks the Colorado Legislature will convene a special session to address the COVID-19 pandemic, and consider things the state can do to help Coloradans survive the next few months until a vaccine is widely available.

With the leaders of the Colorado House and Senate standing beside him at the governor’s mansion — more than six feet away and wearing masks — Gov. Jared Polis announced Tuesday that he will call the 100 lawmakers to return to Denver for a short special session to discuss ways to help businesses, renters, parents and students get through the coming months.

“There’s more that we need to do together to shore up our economy and prepare ourselves for a strong economic recovery,” Polis said. “Extraordinary times call for extraordinary reactions. I’ll be asking the General Assembly to take up critical legislation that will help Colorado families and Colorado small businesses survive these challenging winter months ahead to bridge us to the vaccine.”

At the same time that Polis announced that special session, he also announced the state was creating a new pandemic warning level, saying that up to 15 counties soon could move into a redefined “red level” status, a stage were no county at the moment is at, but some are expected to be on Friday, including Mesa County.

The new red level still is at a “stay-at-home” stage, but is more tempered than the previous lockdown that was imposed earlier this year. Under it, only certain places would be ordered closed or severely limited in patronage and hours of operation, such as bars, restaurants and other social gathering sites.

Polis said it was clear the precautions already put in place were no longer working, and something more needed to be done, particularly with the colder weather coming and more people forced indoors, where the coronavirus can spread more easily.

“I think it’s clear from the data that what we have been doing hasn’t worked well enough,” Polis said. “The (Denver) mayor has tried mightily with really strong mitigation measures in Denver, so have other counties. We had hoped that would have worked, but it hasn’t. So it’s time to take additional measures. We hope that by showing (counties) a path that can avoid lockdowns, we can keep the economy more open.”

Although the governor said some of the things he’ll be asking the Legislature to address he’s already doing, he said more can be done and more money could be brought to bear.

Polis, Senate President Leroy Garcia, D-Pueblo, and House Speaker-designee Alec Garnett, D-Denver, said that because of the massive budget cuts lawmakers made in this year’s budget, and the higher-than-expected revenues that have come in, about $200 million, perhaps more, could be made available to help businesses and ordinary citizens pay their rents and mortgages, among other things.

The three said they decided state lawmakers need to come up with more ways to help Coloradans because Congress has not yet acted on a new stimulus package, and it’s uncertain if it ever will.

“Countless Coloradans have lost their jobs, their life savings, their family businesses and not least of all, their hope,” Garcia said. “Congressional inaction and partisan bickering has left millions stranded and completely abandoned at a time when there is the greatest need. This uncertainly and lack of reliable support has caused a measurable amount of pain and suffering.”

One of the things the three men said they expect to do is approve a special sales tax break for businesses, allowing them to retain that money as a kind of tax break to use to pay wages or rents so they can remain open during the winter.

It was unclear, however, if that limited amount of money would go only to specific businesses, such as restaurants, and then only to those that are in the new red or purple alert levels. It also is unknown if that sales tax break would apply to all sales taxes that local government assess or just the state’s 2.9% rate.

Lawmakers said the Legislature can do far more than the governor can through the numerous executive orders he’s issued since the pandemic began, which have included financial aid to businesses, increased broadband access for students, temporary moratoriums on evictions and foreclosures and help for child care facilities.

“This is different than some of the other actions that were taken before,” Garnett said of the need for a special session. “I’m sure I speak for all of our members and the Joint Budget Committee when I say that a special session makes the most sense to come in and tackle these problems in a collaborative way. I do think this is the appropriate direction to go.”

When the Legislature convenes — exactly when or for how long has not yet been determined — lawmakers are expected to follow the same COVID-19 safety guidelines they did during the bifurcated session it held earlier this year, including limited access inside the Capitol Building, social distancing, mask wearing, video conferencing and plexiglass separators between lawmakers.