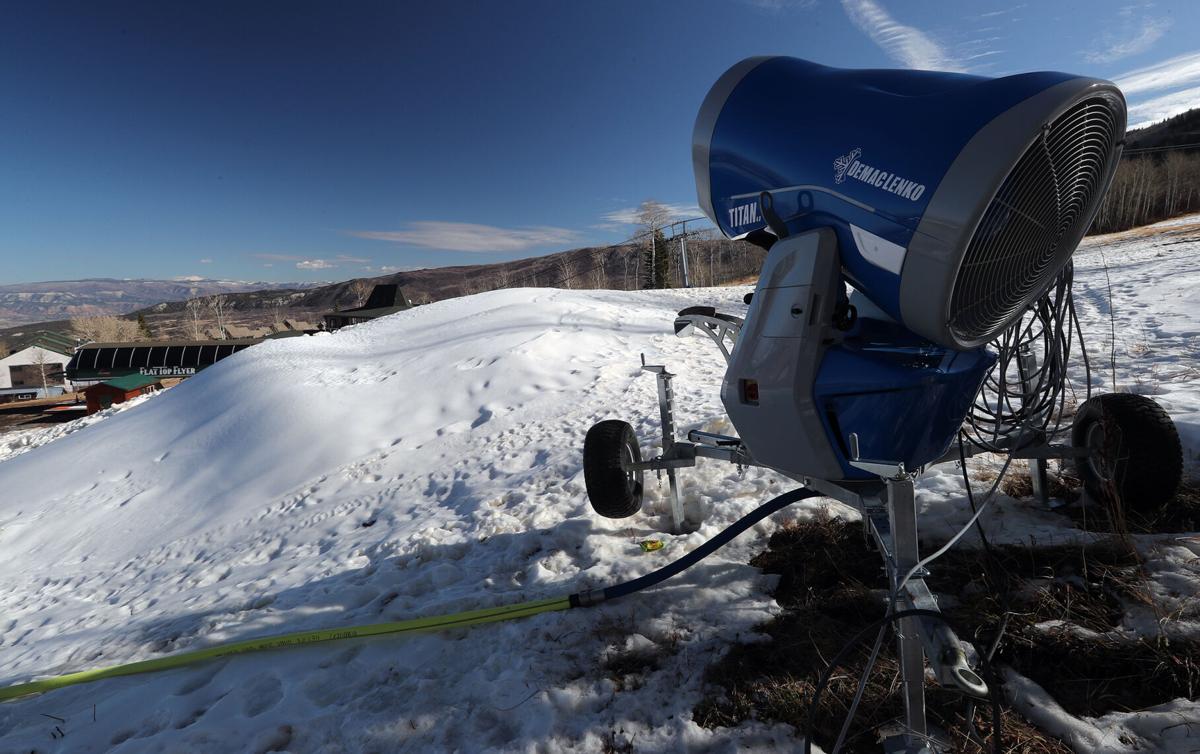 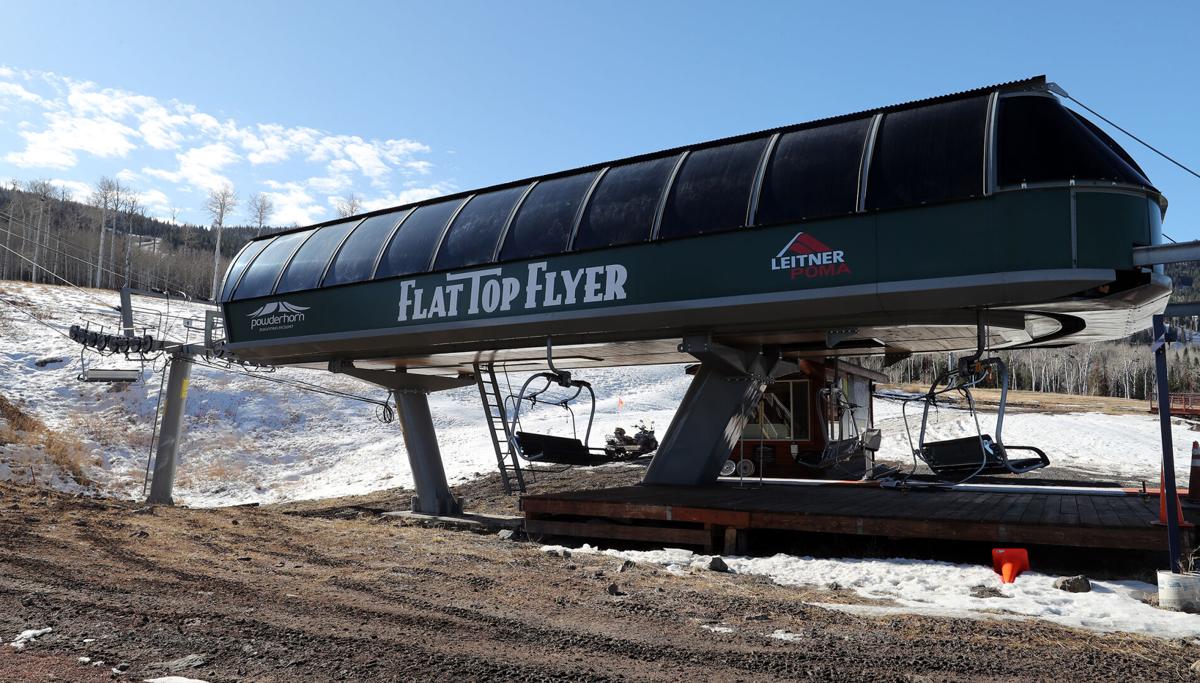 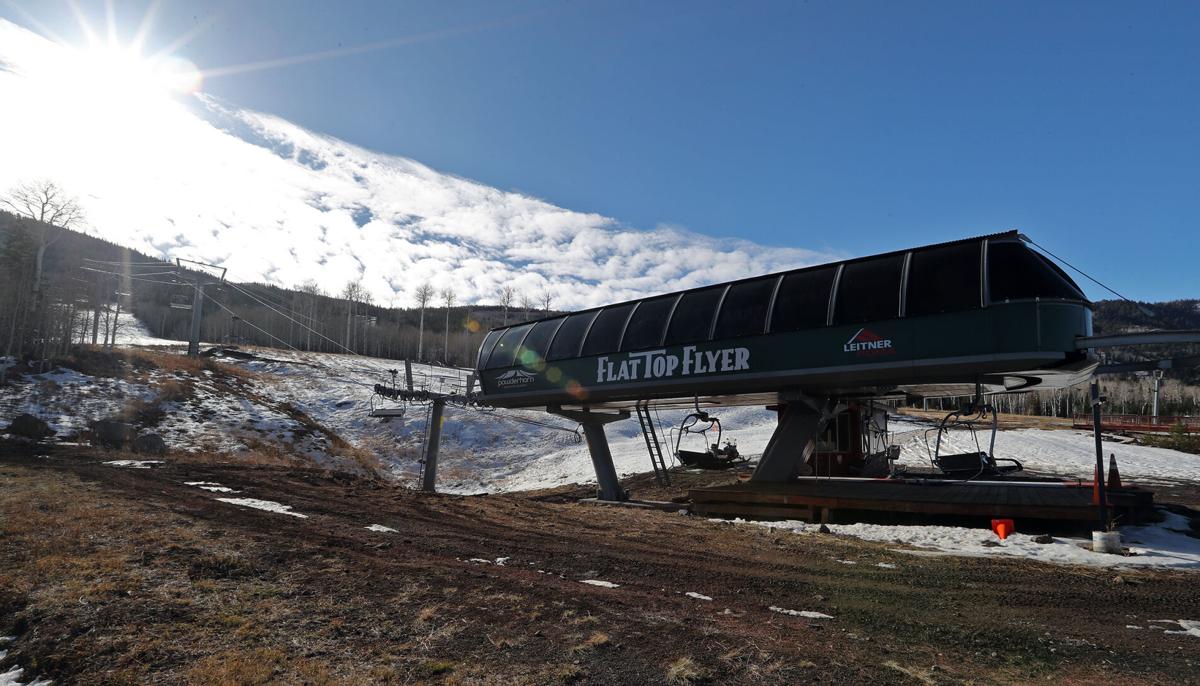 ABOVE: The Flat Top Flyer ski lift at Powderhorn Mountain Resort will be operating at full speed on Opening Day this Friday. Although some restrictions are in place due to the coronavirus pandemic, operators said much of the season will operate as usual.

ABOVE: The Flat Top Flyer ski lift at Powderhorn Mountain Resort will be operating at full speed on Opening Day this Friday. Although some restrictions are in place due to the coronavirus pandemic, operators said much of the season will operate as usual.

While new restrictions are being put in place in Mesa County due to rising COVID-19 infections, Powderhorn Mountain Resort does not expect to see significant changes to its already approved opening plan.

This week the state announced ski resorts in counties that are in the red, severe risk, level on the state’s dial, as Mesa County is, would not need to further modify on-mountain operations. Powderhorn spokesperson Ryan Robinson said they will abide by any new restrictions to indoor capacity, but that the resort’s plan remains largely unchanged.

“The operating plan that we submitted to the county already took an extra step toward operating with caution,” Robinson said. “We are still within the same parameters that we laid out in the document.”

The plan calls for significantly less access to indoor facilities. Robinson said bathrooms will be open, but that the lodge is meant as a pass-through area rather than a place to hang out. Gear bags won’t be allowed inside. Tickets must be purchased in advance and rentals and ski lessons will have to be reserved in advance.

“Things like distancing and mask requirements, take-out food and beverage were all things that were already built into our existing plan,” Robinson said.

Robinson said skiers and riders will have a slightly different on-mountain experience as well. Masks must be worn when at the resort and the lifts will operate differently as well. People in a family unit can ride together, but otherwise the quad lift will only allow two people at a time sitting on opposite ends.

With opening day planned for Friday, Robinson said they are hoping for snow over the weekend and said the resort has been able to use its new 15-gun snow-making system on Bill’s Run. However, he said recent warm temperatures have not allowed for snow-making.

“It’s been warm,” Robinson said. “We’d like to see the temperatures drop so we can fully use the new snow-making system. When we’ve had (low enough) temperatures, it’s been pretty great to see those machines running.”

While this year is going to be different because of the coronavirus pandemic, Robinson said the resort is used to focusing on its guests’ safety.

“Safety is always our number one priority up here,” Robinson said. “It’s what we plan for and what we practice leading into the season. I think it’s in a little bit different form this year, but it’s still in line with how we plan for a season. We’re going to continue to operate with guest safety top of mind.”